Every year Dr. J gets invited to two work Christmas parties and every year we don't make it.  The first year it was understandable.  We'd had a baby 11 weeks early and she was just coming to the end of a two month hospital stay.  OK, you get a free pass on that one.  The second year Dr. J just didn't bother to ever answer the e-mails or schedule them in.  That was not OK.  So this year when he got the work Christmas party e-mails he sent me the invites.  After confirming he was working a normal schedule and won't be on call I sent the RSVPs immediately and then started searching for a babysitter.  It didn't matter that we had a ward Christmas party conflict on one of the dates, WE WERE GOING TO THESE PARTIES!  I read another doctor's wife's blog and she was actually annoyed about having to drag herself to their party, but they've been doing them for twenty years, most of their kids have left the nest, and I'm fairly sure she goes to bed by ten.  For me, two guaranteed dates with my husband, there was nothing going to stop that. 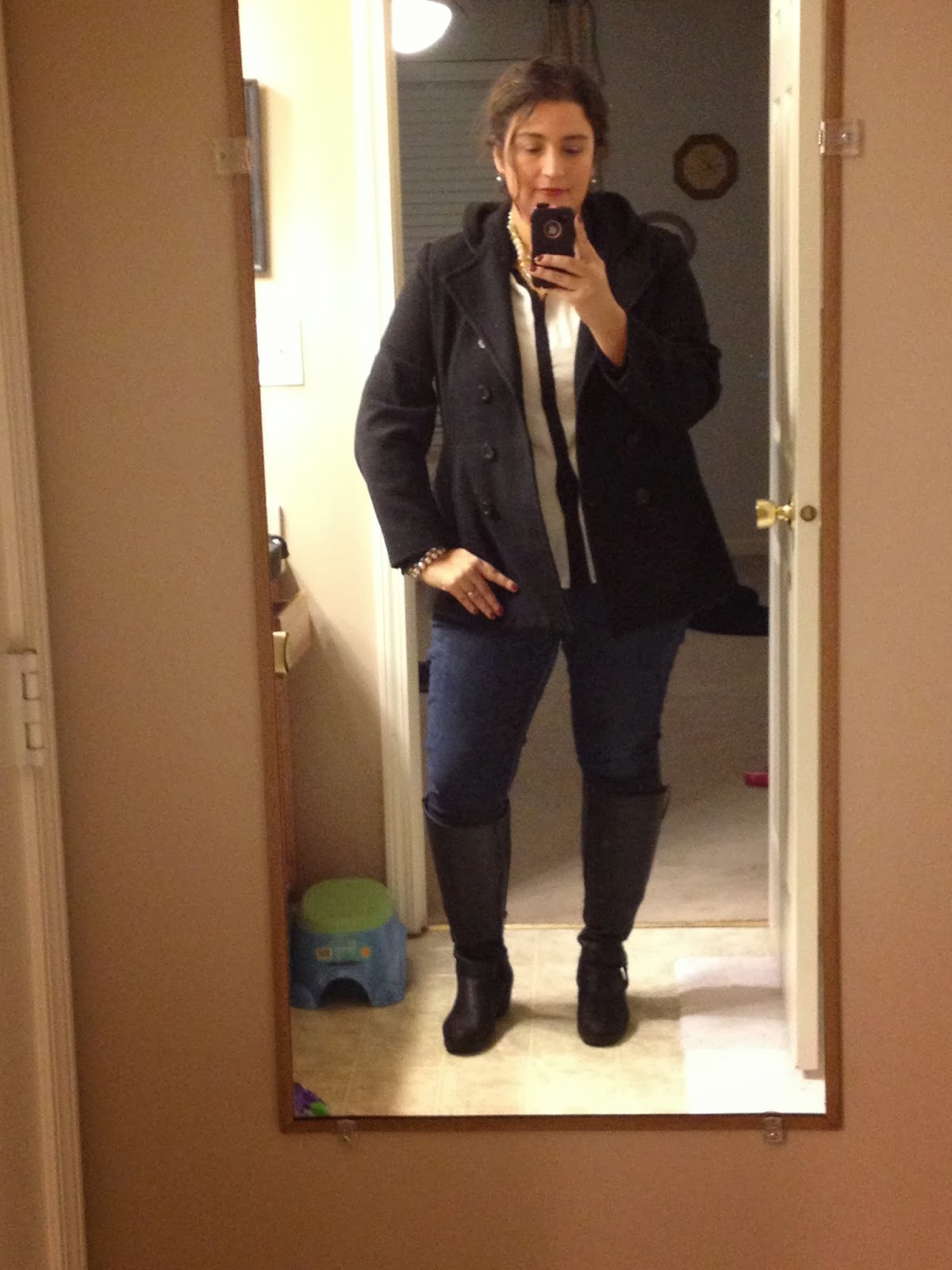 The first party was the Peds party.  It is a resident's only party.  No faculty or staff are invited.  This year it was in the basement of what was once the oldest YMCA building in the city.  I don't know what I expected, but it was nice, really nice, and super festive.  I dressed really down.  I mean super down. I had on several strands of pearls and had my hair up, and I wore a tuxedo shirt, but I wore jeans with my boots because it was freezing and slushy and horrible.  What I walked into was the prom. I mean seriously, it looked like the prom.  Luckily for me I'm not terribly self conscious so I was able to enjoy the dinner, desert, and free drinks...although judging from the dancing afterward I wasn't drinking the same stuff everyone else was :)  After dinner they had a presentation where the different classes presented a movie.  The first years went with a "What Does the Fox Say Parody" although I'm pretty sure you aren't going to see it on You Tube because a few shots were taken at their Attendings.  The second years did a dance off infomercial.  The third years, who I guess have pretty much had it did a Saturday Night episode basically devoted to mocking a lot of the staff.  It was probably my least favorite moment of the night.  Man do I sound uptight?  I guess I just have experience with a lot of the people they were mocking.  When Cheetah was in the hospital for two months Cheetah was under the care of several of the physicians they choose to mock, and I found them to be extremely caring and knowledgeable in an extremely trying time.  Maybe I'm just feeling a little sensitive because my 12-18 year Sunday School class is putting me through the ringer, but I just didn't like it.  I was relieved when the videos were over and they turned to dancing and dance we did, crazy dancing with a bunch of girls in super short dresses and one super smooth guy with a drink in his hand.  After some liquid courage more couples moved out to the floor.  It was a fun night and before we left we snagged four of the engraved Christmas Gift drinking glasses they'd left on the tables.  Didn't want them to go to waste you know.  When we got home our kids were still up.  I love our little babysitters but in that moment I want to kill both of them :)  I mean I don't mind that you let the kids stay up, but girls put them to be before I get home because what I don't want to do at 11 at night after dancing the night away is put overly grouchy kids to bed.  I forgive them, but barely, and only because the kids were so happy ;) 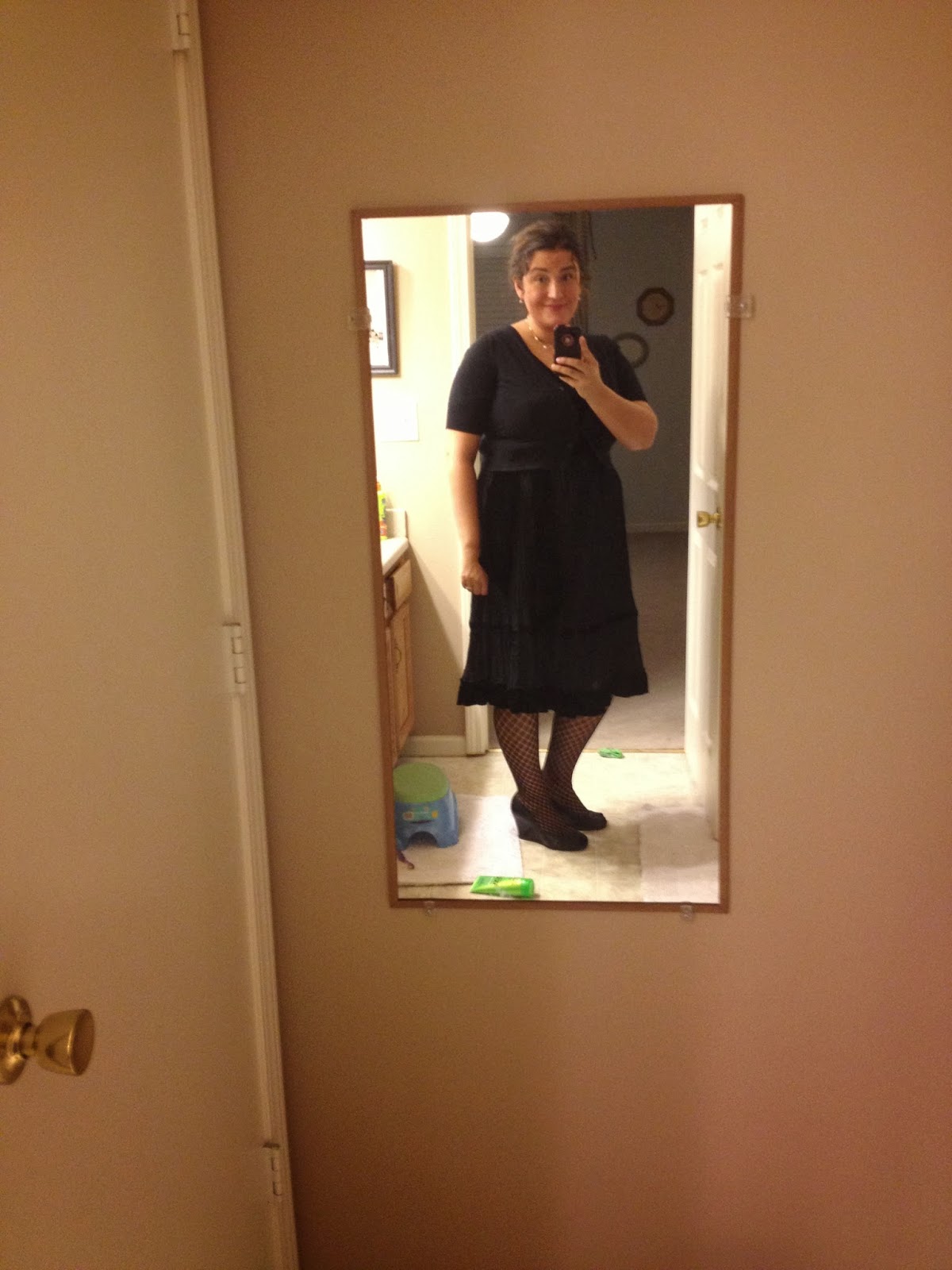 The next weekend it was still snowing but this time the event was being held in this really nice historical building down on the canal and all the Staff were invited so I made a little more effort.  This time I wore high heels, fish net stockings, and a velvet dress...you know the little things :)  This time the snow was actually falling and while it made traffic a beast it made the whole city magically.  We even drove the circle after the party and I was like "We are bringing the kids here, it is so beautiful."  Then we got caught in traffic leaving the basketball game and I was like, "Forget it." 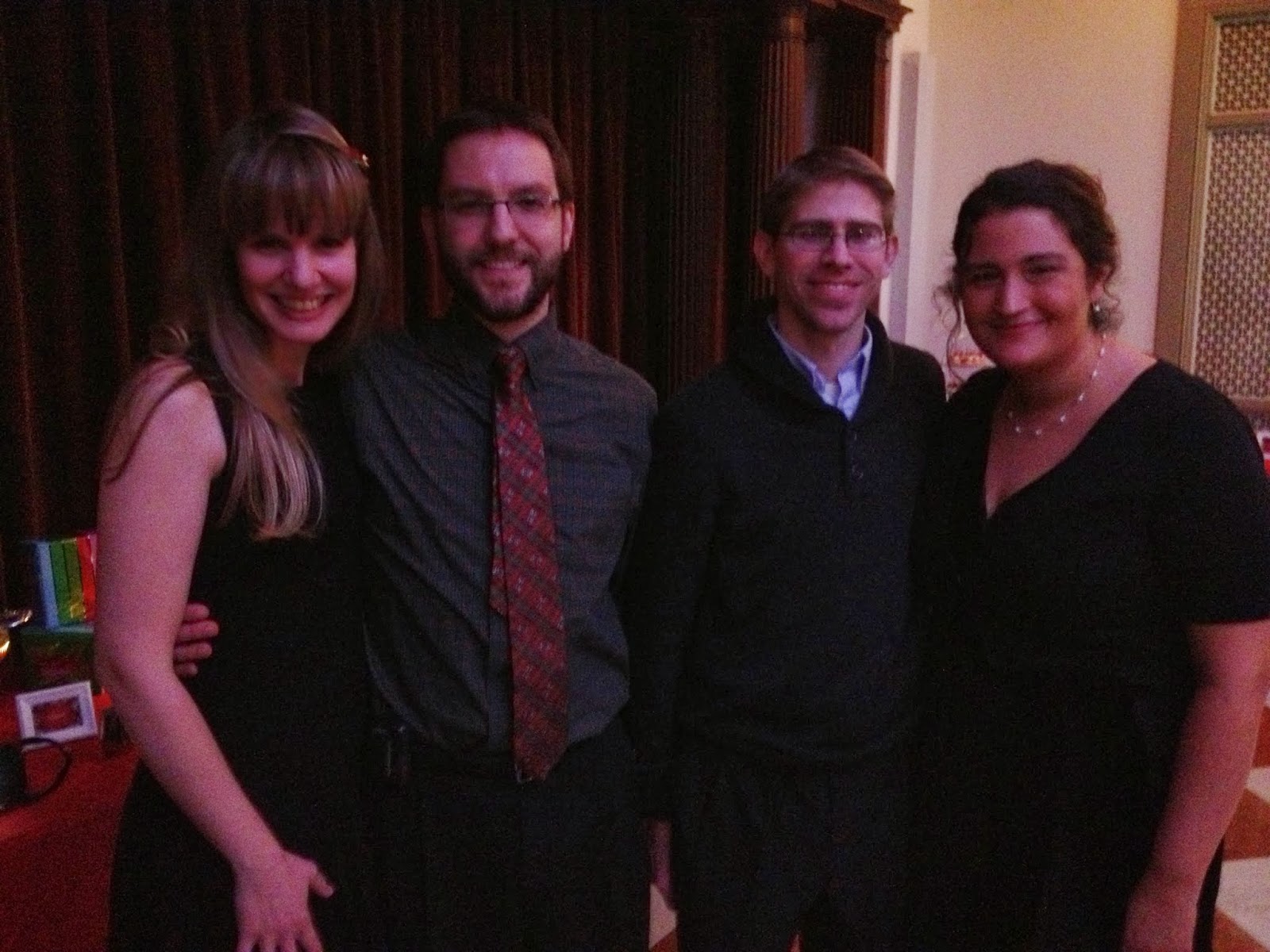 We spent most of the party with our friends Andy and Maria.  Andy and Dr. J actually did md/phd's at the same university and they are old married folk like us.  I adore them but they moved to far North/West side of the city and we moved to the far South/East, so we rarely see each other, but Maria was one of the reasons I'd responded so quickly to the invites because in her Christmas card this year she had included a little note asking about us and then telling me how much she hoped we'd be at the Christmas parties this year so that we could hang out.  That's what I love about her.  She's one of those people who just always does the nice extra thing to make you feel special.  So it was definitely fun to see them two weekends in a row and compare notes on the residency, the work, the general tiredness of the husbands and ourselves, and then to talk about plans for the future and then of course talk about the kids.  They have three we have four, between us we have 7/9ths of the kids in the department.  When they finish they will be moving to a small town in Missouri to be the small town doc.  The town paid for Andy's medical school with the intention of having him come there when he finishes.  They are both so excited to go and Maria told me that she's been getting the weekly town newspaper sent to her so that she will have a heads up on the community.  I think it would be exciting to know where you were going after residency.

They had some really tasty appetizers, a bar, and a DJ and while things were quite as rambunctious as they had been at the peds party there was still some really great dancing going on.  The surprise of the night, the department Chair and his wife were probably the best dancers on the floor, well maybe after Dr. Hots. One of the guys Dr. J works with has the last name of Hots, which Dr. J just thinks is the greatest name ever.  He had these white loafers on similar to the ones on the right there and I swear the man was gliding across the dance floor.  I myself was stuck in a pair of peak a boo pumps and while I was glad to more comfortable fit in with the crowd this time I missed having a pair of comfortable shoes to wear.  Maybe next year I'll wear a pair of uggs.  We had a great time dancing and chatting although as the night went on and the docs got a little drunker the conversations got a little siller.  The best moment of the night for me came when we passed some other resident and Dr. J stopped to say hi.  He introduced me as his wife and then the guy started asking us couple questions.  "How long have you guys been together?"  "Twelve years," Dr. J told him.  "Twelve years," the guys says, "you have been together FOREVER!  That's a really long time!  Are you guys going to start thinking about having kids now?"  "Start," Dr. J laughs, "We already have four."  "OH MY.... OH MY.... You guys have four kids," he starts yelling.  In his defense he was a little drunk.  Also residents with four kids are pretty unique.  Remember the whole Andy/Maria and Us having almost all the kids...and our kids are old!  At the party last year the department chair's daughters asked us if we could come back because our kids were their best friends, ie, finally someone their age at their dad's boring parties.  So while we aren't the only resident family out there who got married young and have a ton of kids, we definitely are not the norm.

The night ended with a little stroll by the canal.  It was freezing but it was snowing and beautiful.  I said to Dr. J, "This would be the perfect time for someone to propose."  To which he re-proposed.  The power of suggestion ladies, the power of suggestion :)  What a great way to cap off the end of the year.  I don't know if in twenty years I'll be totally over these parties, but right now they are fun and a great way to get a free date :)  Oh and on the babysitting front we used a sitter we'd never used before who works for a couple of our friends.  I was a little anxious about the whole thing but when I came home I saw I had nothing to worry about!  It was nice to know we have another sitter to add to our list. 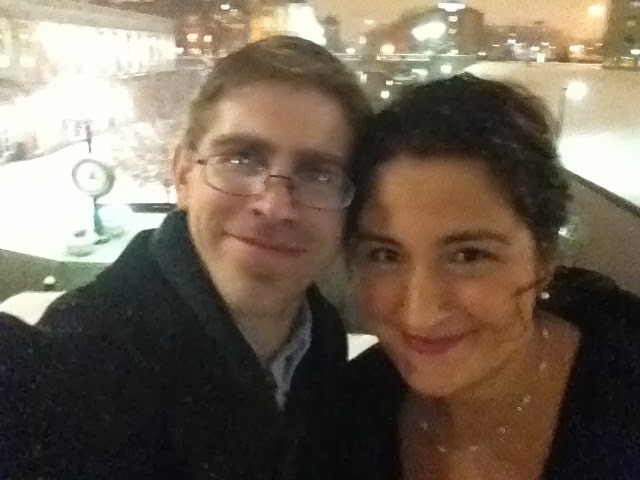