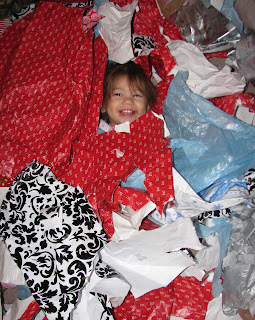 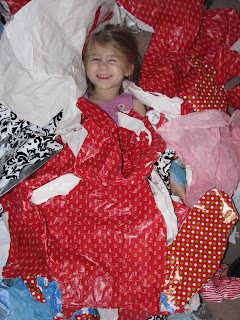 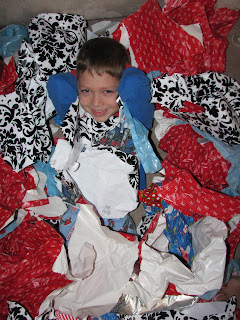 Best Christmas of My Life
Posted by Glenda at 3:25 PM 1 comment:

Email ThisBlogThis!Share to TwitterShare to FacebookShare to Pinterest
Labels: holiday
A picture worth a thousand words!!! 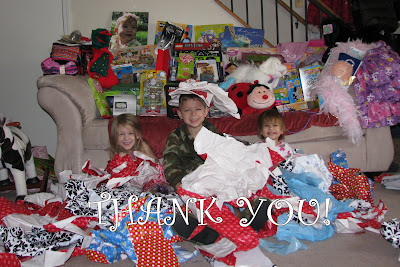 So if you think it is tacky to e-mail, blog, and facebook a Christmas letter on Christmas Eve you might not want to check this out...but if you don't mind.....

Enjoy family and my one follower :)

So here we are at day 50 alone.  Peach wants to say bye, bye :)  Good for her.  The end is at hand.  Dr. J is doing his last Chicago interview.  There are three more that he for sure is doing.  He cancelled four others today.  The interview process is so draining emotionally, physically, monetarily (don't believe me ask my bank account which gone into protective custody).  At a certain point when you are relatively sure you have secured a yes at more than one place that you happen to really like, well then maybe it is time to pack some of them in.  This leaves his with fifteen interviews, probably ten places that we would be really excited to go.  So the hope is that other candidates who maybe didn't get as many interviews will get some more.  There are two other interviews that we are still on the fence on. They are great places to go but because of their distance from home (we are talking far north east) and the fact that the interviews practically overlap each other we're having trouble being excited about them.

Tonight I made the kids oatmeal.  Yup, that's where this crew happens to be on their culinary delights tour.  I know it sounds horrible but the kids were excited.  I wouldn't say they are picky but they definitely prefer plain.  They had theirs dripping with brown sugar.  I added sliced bananas and pecans to mine, my favorite way to eat oatmeal...and it was divine!!!!  The bananas give it sweetness the pecans give it crunch.  Yesterday we did sweet potato quesadilla an idea I got from my friend Linda.

I sauteed 1/2 an onion in olive oil, then added two grated sweet potatoes.  When the mix was nice and cooked I three in a cup of cooked black beans.  Then I made quesadillas with whole wheat tortillas.  In my frying pan I had, tortilla, layer of cheese, sweet potato mix, layer of cheese, and another tortilla.  Cooked on one side until it had browned, flipped and cooked on the other side.  I served them with sour cream and homemade salsa.  So yummy!!!!!!
Posted by Glenda at 6:11 PM 1 comment:

Gigi turns four today.  Just in case you were wondering we are still alone, but luckily daddy flies in at 9:30 tonight so tomorrow we are going out to watch Tangled.  Should be great.  I've heard it is the best Disney Movie in years.  It will be fun to celebrate all the changes Gigi has gone through this.  She went from non talker to a chatter box.  She went from a bossy, grabby toddler to great sharer, really loving, caring, sweet big sister and little sister.  Gigi loves to laugh, read, draw, play mam with dolls.  She enjoys preschool.  Dr. J and I put her in the Child Development Lab preschool at the University this year.  It is awesome.  Monday was parent teach conference.  They had put together a portfolio for each child with all the different developmental areas, pictures, and observations.  It was great to see everything she has been up to this year.  The night I got it I had her explain all the different sections to me.  Listening to her explanations was incredible.  She knew exactly what each picture was and told me all about the important things she's been learning this year.  I LOVED IT!!!  Here are some of the pictures from the porfollio. 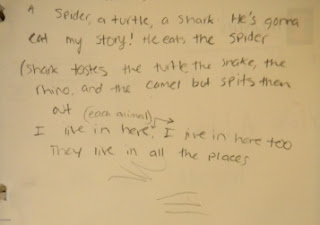 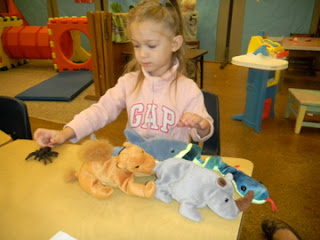 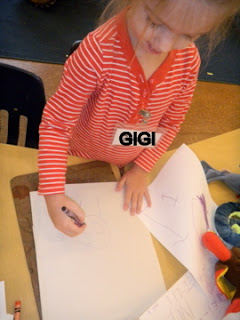 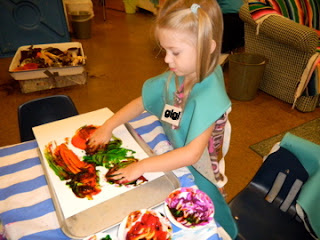 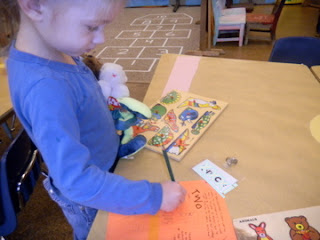 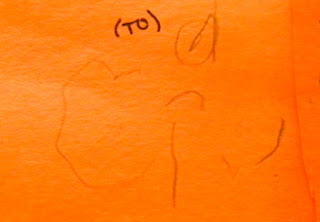 Email ThisBlogThis!Share to TwitterShare to FacebookShare to Pinterest
Labels: Gigi

So I started out looking at bow ties, because my husband is in a profession where wearing a nasty dirty tie is a professional/personal/client hazard.  This lead me to slim suits.  This lead me to Hugo Boss.  I'd love to see my hubby in this suit...to bad it is 800 bucks.  Oh well :(
Posted by Glenda at 10:02 PM No comments:

Day 45 Alone - Stuck in the Ariport

So a certain dashing husband (he actually does like quite dashing in a suit with his new haircut.  I thought it was to short but with a little gel it is quite nice) took the train up to Chicago this morning.  His original flight was  suppose to leave at 9:45.  That one was cancelled and we rescheduled for 2:00.  That one was cancelled while he was on the train.  Now we are hoping the 8 PM one leaves.  Poor guy though...stuck in the airport for eight hours not knowing.  What a pain.  If he misses his flight tonight he'll have to try again tomorrow.  The negative on this is of course we paid for his hotel with priceline...no insurance...so if he misses tonight we are out the money....BLAH!!!!!  It was nice having him home last night.  He actually made it to the Christmas Party.  Since the Party is usually during finals week this is not a guaranteed thing.  I loved having the extra hands to chase Peach down at the party...and also sit her on Santa's lap.  When we found out who Santa was this year, I said, "Oh good you can sit on his lap".  Thanks for good friends with a great sense of humor!!!!

In unrelated family news Peach is enjoying putting words together.
"That's mine."  "It's a shoe."  "No done." "What's that?" And my personal favorite of last week the "My turn," she yelled and she shoved Gigi off the stool.  I'd been putting toothpaste on the brushes and making up little stories about how they were a prince or princes and I was their hand maiden.  Apparently I wasn't going fast enough for Peach.  Gigi was very good natured about the whole thing.  She is mellowing substantially.  Yesterday Dr. J had Captain E trapped with his bum in the air.  He yelled out to Gigi, "Free spankings, come give E a free spanking."  She yelled back, "No!  I'm a nice sister!"

In unrelated me news I tried out a different name on Saturday.  We were volunteering at the Chrisis Nursery kid shop and on my name tag I put the name that my family and close friends call me.  Think of my name and shorten it into a boys name.  That is it!  I wanted to try it out to see if I wanted to make it permanent in the move.  Dr. J and I have been joking about reinventing ourselves when we move.  First off we aren't very social, and we decided that when we move we are going to put off the social vibes and see if we can't get it to snowball.  Then there is the exercise thing.  We're inconsistent, so we need a house big enough to put a tread mill in.  Finally the name thing.  I have never really been a fan of my first name.  All of my sisters names after those of relatives and have a purpose in their name.  My name on the other hand happens to just be one of the most popular of 1980, later picked up by strippers and drug namers.  It would be tolerable if there was a purpose but so far I have found none.  I asked my dad a few years ago why he choose my name and the man said, "Honestly I just can't remember."  Blah!  The irony is the name is extremely difficult for my Mexican grandparents to say.  As a child they shortened my name to the previously hinted at boy name.  As an act of familiarity all of my siblings have as well.  My husband started calling me that name sometime after he heard my family calling me it.  Several friends have when they heard my husband.  I like it, it is easy, I already answer to it.  Why not just make it official at the move :)
Posted by Glenda at 8:36 AM 1 comment:

One of the perks of being with Nana free mani/pedis.

Also you get to hang out with the uncles who are so much fun, until they aren't :)

I love this sequence!  Usually we go home at Christmas and spend our time freezing.  October it is still warm enough to play in the sprinklers.  Forgot your swim suit...underwear heros for a day.

24 hour car ride in our Lancer!!!  We took out the small car so that the van would be here when I flew home after three weeks.  Three kids in the back seat, thank goodness for zoobies, Diary of a Wimpy kid, and sausage!
﻿

Posted by Glenda at 9:53 PM No comments:

Dr. J is partying it up in Ann Arbor....so here I am :)  New computer set up, pictures up, now it is time to upload all my October-November pictures.  I can't ever get it right.  First, forty plus blogs with no pictures, now forty plus pictures with no words.  Good luck!
Posted by Glenda at 9:47 PM 1 comment:

There is so much going on in that little six year old mind.  Yesterday Dr. J and I were having a slightly heated discussion.  First he tried to work out a compromise between the two of us.  Later he came downstairs and when we said his name, he said, "Wait now don't get me back into this."  Dr. J and I just laughed.  He is such a perceptive little kid.  Then today we were watching this show Bizarre Foods.  The kids loved it because well these are really weird foods.  Someone eating a bat, what kid doesn't want to see that.  This particular episode the host was visiting the country of America Samoa.  The kids say, "Wow mom we need to go there.  It could be really relaxing for everyone in the family."  Ten minutes later he says, "Nope never mind there is no electricity there. I can't go where I can't play my WII."  Cracks me up!  He also asked Dr J, "Dad what do you have to give mom so that she can have another baby."  Yup that was a nice one.
Posted by Glenda at 8:55 PM 1 comment:

Does it count as alone if my husband crawled into bed this morning at four thirty?  We snuck a few hours of sleep and then he came down at eight to eat cake and ice cream for breakfast with the kiddos.  They of course think he is the coolest.  We got to chat for about an hour while I helped pack his suitcase after I dropped the kids off at school.  Then he was off again.  This time for Columbus.  They had dinner at one of the residents homes...who happens to be Mormon.  Apparently the program pulls in one Mormon a year.  When you consider they only take eight residents a year that is pretty good odds.  My top guesses as to why...
1) A Temple.
2) An Airport.
3) Costco...Sam's club is not the same.
4) They pay for you move.
5) A cost of living that makes a measly little resident be able to buy a fair nice house.

He called me tonight and left a message that the hotel he is staying in is pretty darn swank.  There are times that I'm pretty sure I dislike the man!  Best moment of the day: Finished my advant Calendar.  Worst: tons of yelling when two kids peed on the floor within thirty seconds of eachother.  I'm seriously considering having my self medicated.  I need to chill.  That or take up the bottle....
Posted by Glenda at 9:33 PM No comments: