This year Peach did ballet, jazz, and tumbling.  Tumbling was her favorite.  She's been working on hear cartwheels, her back handstands, and her back flips.  Cheetah did ballet.  Next year is the first year her teacher will allow her to pick up another dance.  I'm hoping jazz is on the right day.  The show this year was Bambi.  Peach was snowflakes and hunting dogs.  Cheetah was a skunk.  Just kidding.  She was obviously a flower! 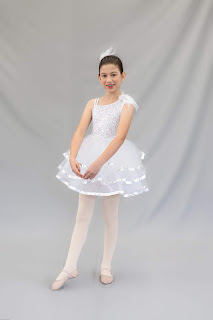 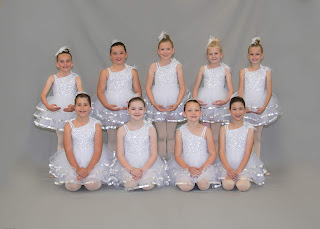 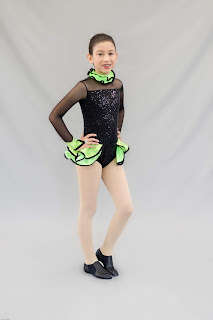 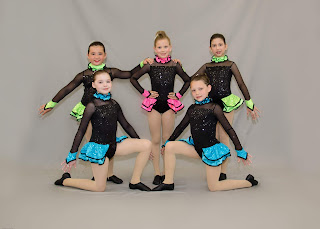 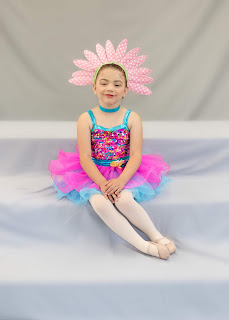 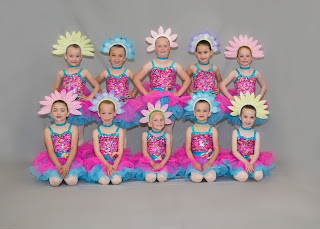 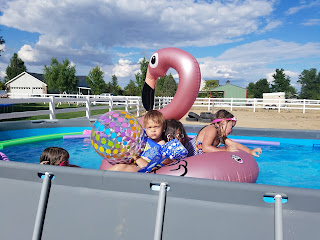 I'm notoriously bad about keeping track of this stuff but these are the words Sugar Babt, aka Mr Squish, aka the original buddy uses.

The Room Where it Happens - Hamilton Tour

Is it obvious I love all things Hamilton?  Well I do.  Recently, thanks to my mother in law, I had the opportunity to see the show in Utah.  She and her bestie have season tickets to Eccles theater.  When Hamilton announced it would be coming to the Eccles they found out they'd be allowed to get one extra ticket per season ticket before they were released to the public.  Luckily my father and law and I were the beneficiaries of those tickets.  I can't do anything halfway so I picked out a Hamilton inspired outfit for the show. 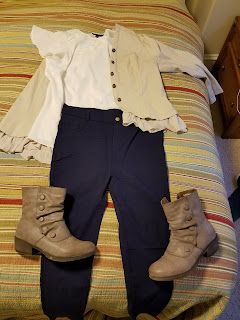 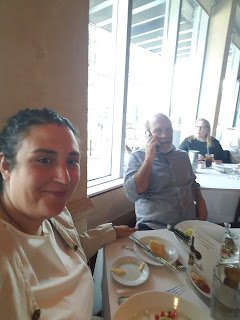 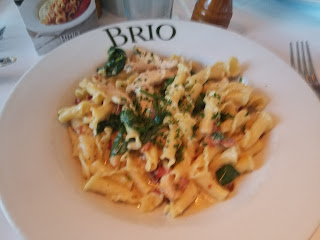 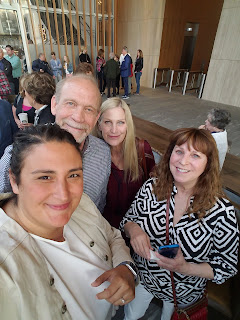 They made us go through scrutiny to get in at the Eccles.  This is apparently new, maybe for this show only.  They wanded us and went through every person's bag.  That was no problem for me because all I had was my tickets, my license, and my debit card but a lot of people were taking a lot more time.  Right after my father in law got through two ladies cut me in line.  They had huge purses with them and security started going through them rigorously.  "That can't go through, that can't go through, that can't go through."  The lady basically had a small corner store in there in soda and snacks.  She started tossing things out in the trash.  "Oh great," I thought, the other ladies bag was just as big.  Then all the sudden my father in law turns around and realizing I had't made it through booms, "Why aren't you over here, did those ladies cut the line?"  Oh my goodness, the lady with security got out of there fast and the second lady disappeared back into the line and in 30 seconds I was through. 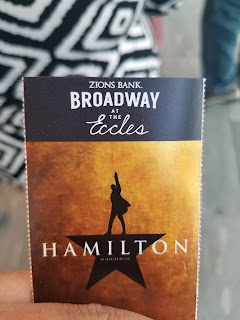 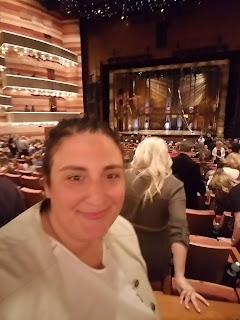 Linda got us great seats but her and Dawn were in their normal seats over on the right a bit and Bob and I were pretty much center. 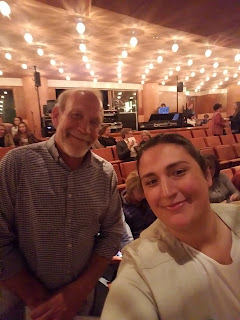 At intermission Bob and I came out and took a picture in-front of this lovely sign.  We also bought programs and I got a shirt for everyone but my youngest.  He was too big for the baby onsies but way too small for the shirts.  I figured it was the least I could do considering I dragged them on a 12 hour car trip so I could see this show. 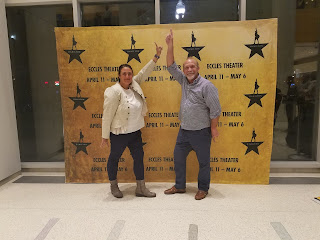 The show was amazing!  The first ten minutes I struggled for a bit.  I've listened to this show so often that I know every pause, every inflection.  While the cast was extremely talented this was not the original cast and I'm not kidding when I say that I've pretty much memorized Lin Manuel.  That first ten minutes every time Joseph Morales didn't match exactly I would cringe just a little and then about ten minutes in I just let it go, it was when the woman came out.  After I relaxed it was pure bliss.  Guys, this show is genius.  The set and the costumes are so simple but what they do with them is just amazing.  The chorus is so talented.  The cast was amazing.  Special shout out to Shoba Narayan and TaRea Campbell.  They were incredible.  Also Nik Walker and Marcus Choi, wow!  Really everyone was amazing.  By intermission I was enthralled and the second half I pretty much cried the entire time.  This is such a great show and with a few tweaks (I'm thinking of you f-bombs) I could see this show being put on by any high school in America in ten years and it still being great.  It really is a true gem!  I'm so thankful for the opportunity I had to see it and only a small bit of regret that I didn't get to see the original cast.

Two weeks later we returned to Utah because on the day of ticket release, the second they released I tried for tickets, and  I got three.  I was hoping for four but what can you do.  So we returned again, this time so that Dr. J could take our two oldest girls.  They loved it.  The first thing J told me when he walked out was that Shoba Narayan has the voice of an angel.  He is not exaggerating.  We left for home right after the show and the girls spent a good hour telling me about their favorite parts.  And oh yeah, I made them dresses to go to the show.  I would have loved to see it again and I would have loved to see people's reactions to the dresses, J said people loved them, but I'm so glad three more people in my family got to see it.   Also because their tickets were so high I made sure to send them with some opera glasses.  They still had a great view but they loved having the glasses.  It just made them feel even more in character.  Thanks Lin Manuel for this masterpiece. 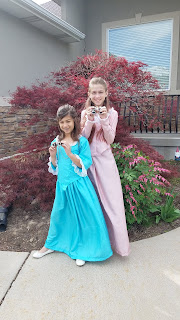 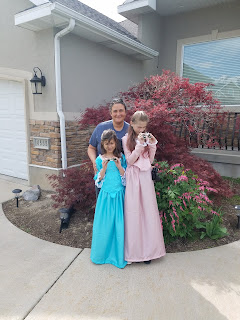 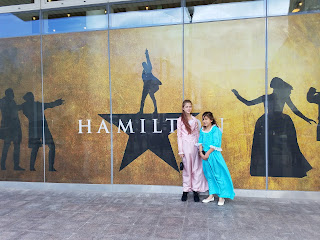 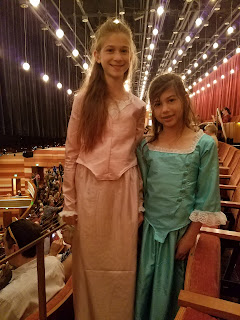 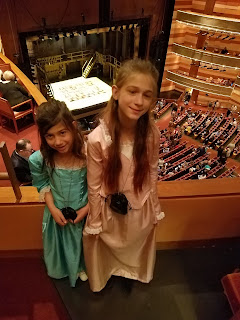 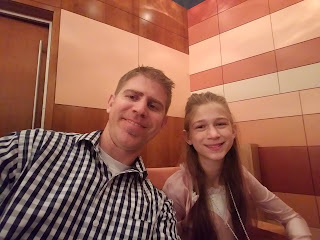 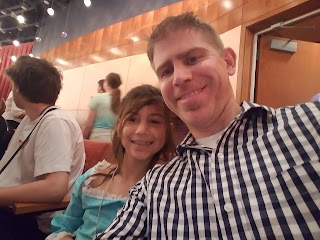 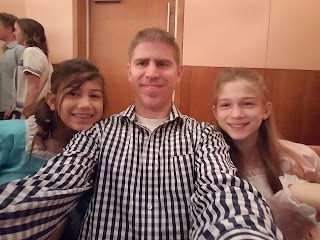 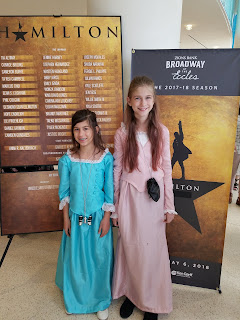 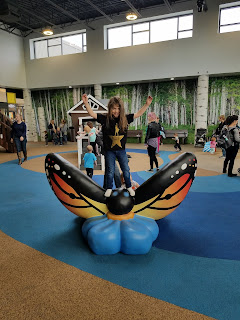 And just for fun this is one of the t-shirts I snagged!
Posted by Glenda at 8:05 AM 5 comments: