Sorry there are going to be two more days of beach pictures.  This day we went to the beach again only this time we brought some body boards with us.  Funny thing about those, they don't sell them at all in the town my sister lives in.  Apparently on the main part of the beach the surf is extremely dangerous and because of that the coast guard doesn't want anyone swimming in the ocean.  To try and fight this they have outlawed the sale of body boards.  The place where we took the kids almost everyday though was a cove where all the locals go and in this tiny little place they feel comfortable swimming.  So we headed inline about thirty miles and we bought two body boards for the kids.  Even then I still felt the need to stay on the waters edge the entire time the kids were in the surf but I still think the boards were worth it.  There were a few moments when I thought, "Man I'm glad I'm not the Carolina's right now."  My kids would make taste shark bait. 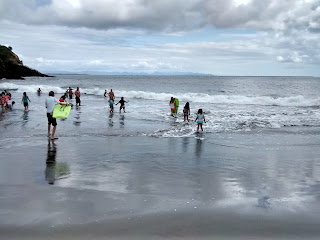 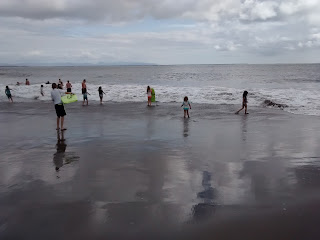 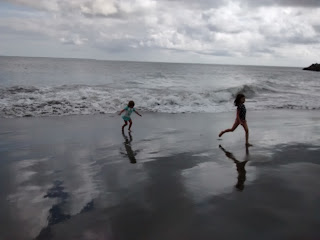 Cheetah's favorite thing to do was run out as the waves went out and then as they came back in to come running back screaming.  Peach (who told me today she now wants to be called taste treat) also enjoyed this game but her favorite thing to do was to stand still right as the wave hit and then have her body tumble over and over.  The first time I saw her do that I started running toward her and thought she was going to cry when she hit the beach again.  Nope, I had no reason to worry.  She just wiped her hair out of her eyes, jumped up and yelled "That was awesome!" 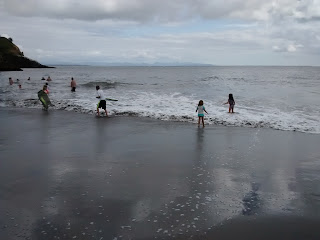 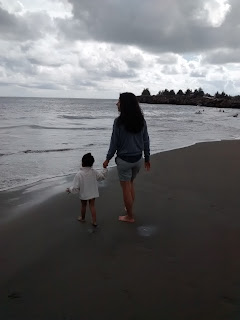 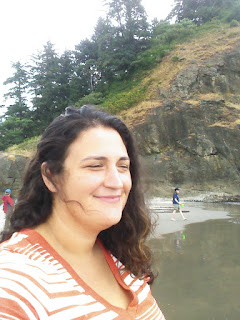 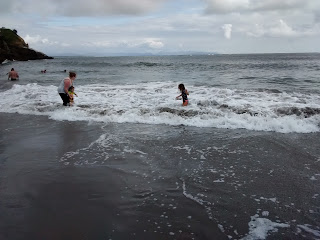 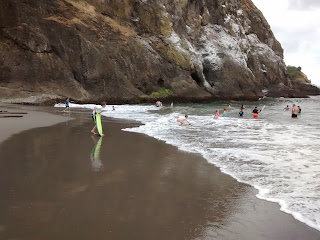 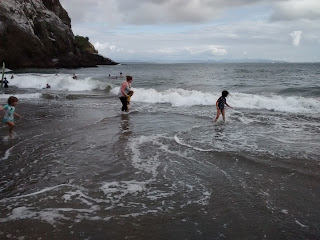 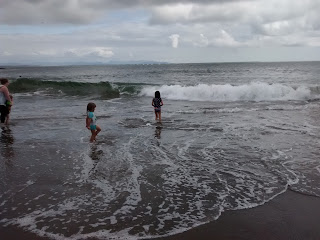 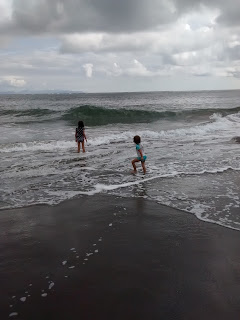 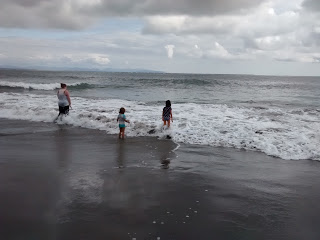 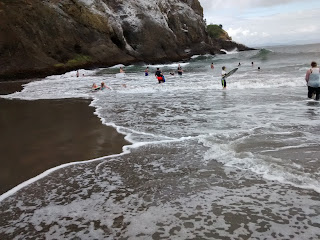 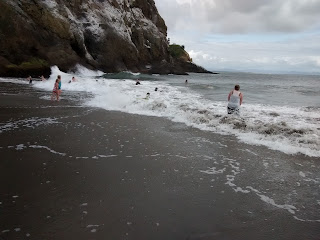 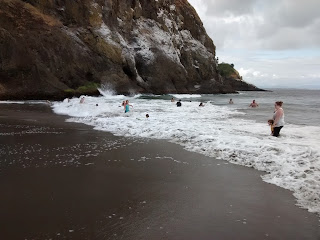 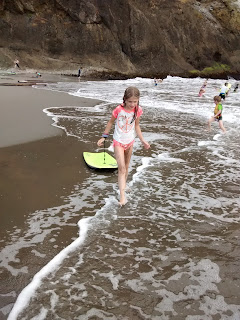 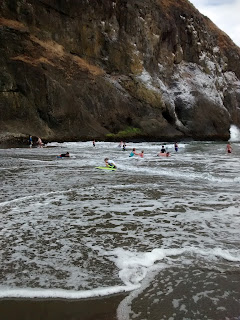 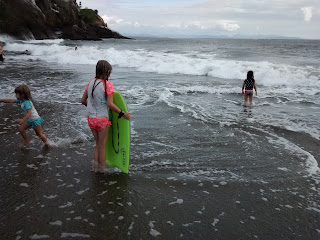 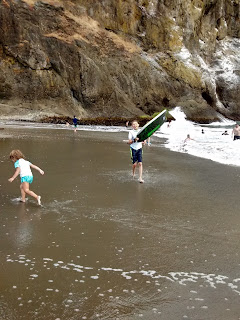 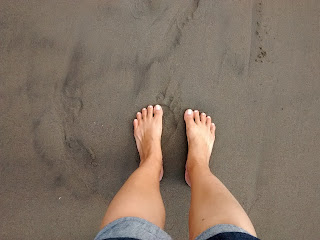 Who doesn't love sand between their toes! 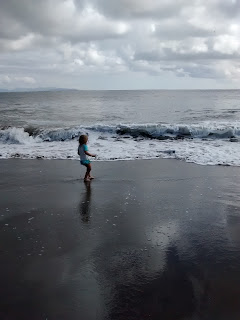 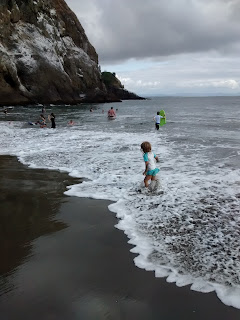 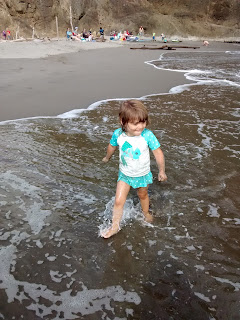 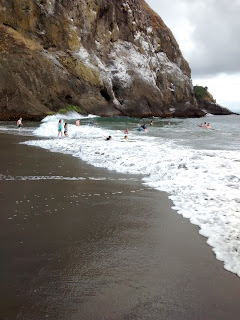 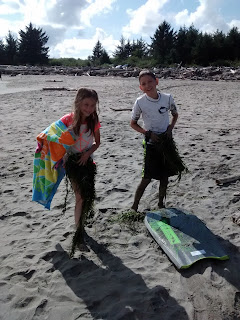 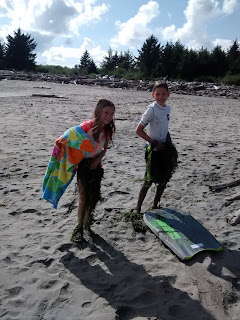