Pretty much the second we knew we were going to move out West Gigi started asking when she could start taking horse back riding lessons.  I put her off for the summer but when school started again she became more insistent. Through a homeschooling group I'm still a member of we found this little ranch for her to go to that teaches "Horse Care".  It is horse back riding but she also spends about half her class learning how to care for horses, growing them, feeding them, cleaning up their poop, learning about their anatomy, about saddle, and bridle care, the works.  Her teacher calls them farm chores and Gigi loves it.  Her teacher says she has never seen a kid so excited about shoveling poop.  Even I have to admit it is rare to see a child so excited about poop.  I offered lessons to her brother as well and he absolutely refused. His exact words were, "Oh gross I don't want to shovel poop!"  But Gigi doesn't mind.  Then the second half of the class she gets to ride.  This is not just sitting on a horse and letting it take you around, this is learning how to control the horse.  In fact my two youngest desperately wish they could be in class but the teacher won't start teaching them until eight because it isn't until then that she believes they have the weight and muscle needed to direct the horses.  I don't know.  She is probably right.  Sometimes when I watch Gigi kicking her heels in to get the horse to start I just have to laugh.  Her little legs are so tiny and the horse is so big, she really has to exert a lot of force for the horse to even realize she is up there :)  Next week will be her last week for the winter.  I'm sure the girls will all be super sad.  Even though Cheetah and Peach don't get to rid they spend their mornings on the farm playing with chickens, in the kids coral, and petting horses.  I will be relieved to get some time to sleep in on Saturdays but I will also miss seeing these girls with the horses and also spending time on this beautiful piece of property.  I feel very lucky to have found this class for Gigi and hope she enjoys it as much as I enjoy watching her. 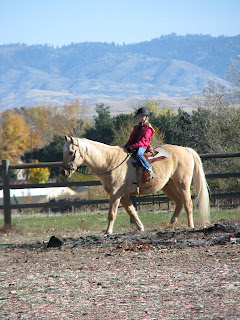 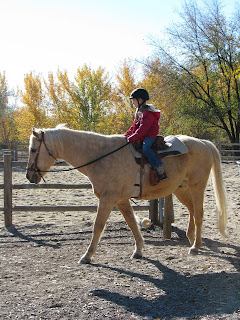 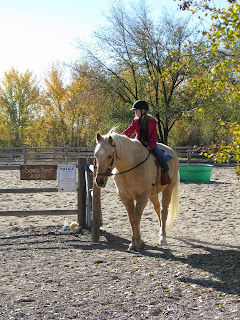 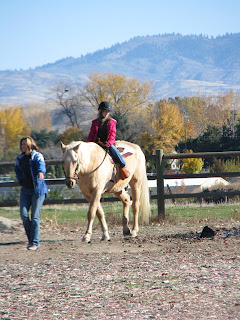 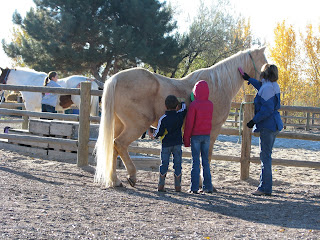 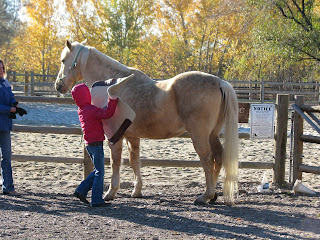 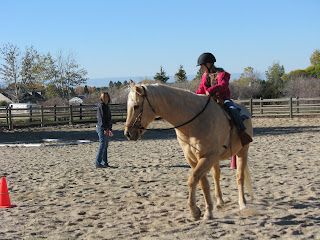 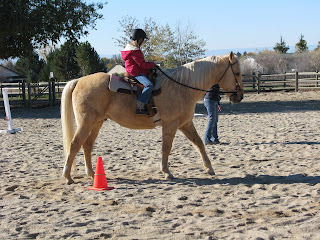 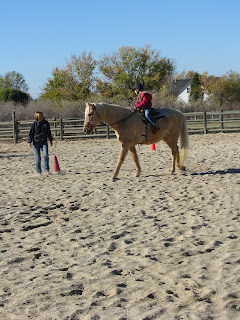 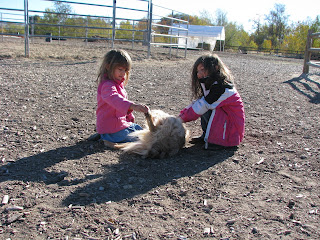 "When this dog saw us he just dropped down because he knew we absolutely had to pet him."  Peach about the dog.  This farm dog cracks me up.  She will actually howl along if anyone sings happy birthday and she has this grimace grin she gives when she is happy.  It is seriously so creepy because on any other dog it would be a sign of aggression but on this weirdo little farm dog that is how she tells you she is happy :) 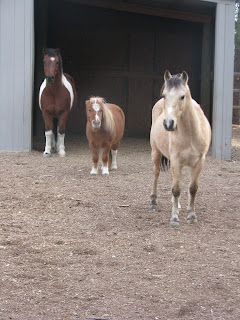 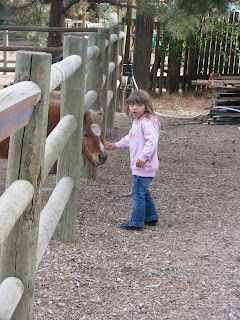 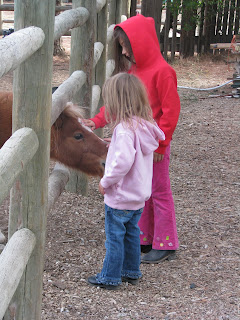 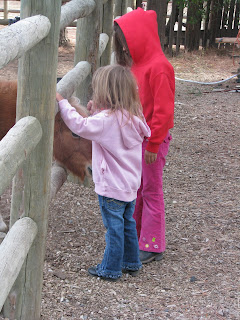 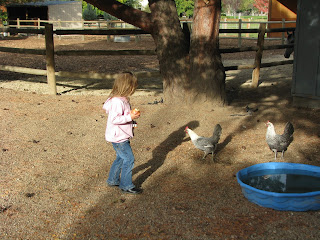 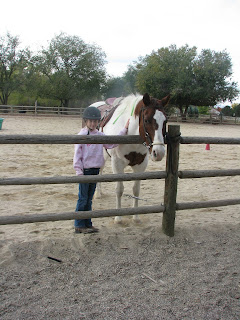 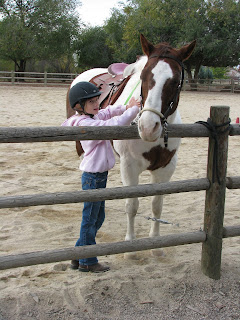 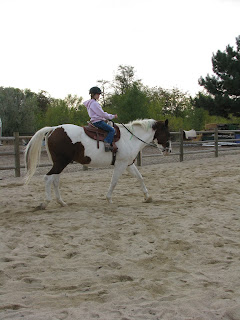 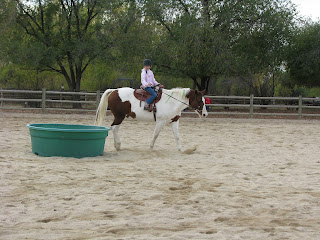 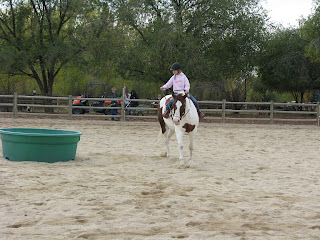 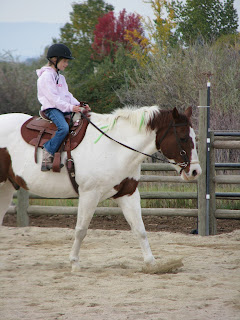 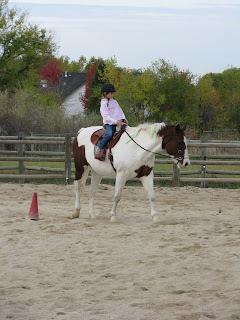 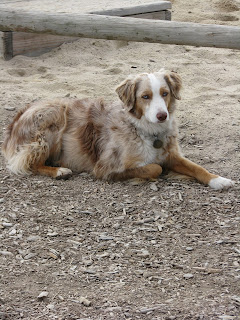 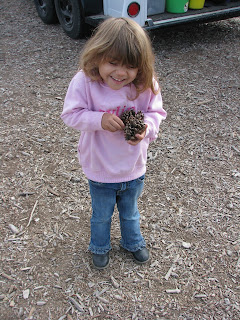 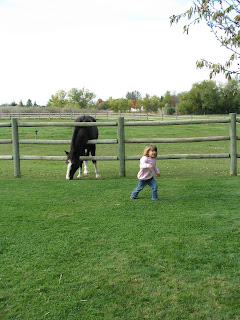