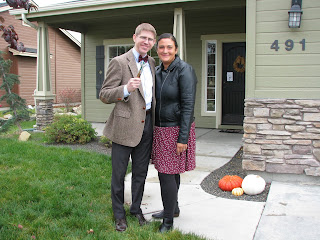 Prepare to be overwhelmed by cuteness and nerdiness.  We were blessed this Halloween to have Dr. J with us (guys he actually got Halloween, Thanksgiving, and Christmas off this year).  I have the sneaking suspicion everyone was just being nice because he has young kids but after having him work the last two Christmases in a row I will take it!  I started working on our costumes like two months ago.  I decided it would be fun to go as Dr. Who and his companion Clara Oswald.  Clara is definitely not my favorite, Amy and Rory are my favorites, but Clara has cute clothes so I figured why not!  I spent a lot of time looking for pieces online.  You can actually get exact replicas of Clara's clothes for hundreds and thousands of dollars.  I'm not that crazy but it was a good excuse to get a super cute pair of black booties and a leather jacket.  Ok it is a fake leather jacket.  Real leather jackets cost hundreds of dollars and I'm sorry they also smell super gross at first so I didn't mind getting a fake one.  I also ordered a wool sports jacket with leather elbow patches for The Doctor, suspenders, a bow tie, and a sonic screw driver because guys you have to have a sonic screwdriver if you are going to be The Doctor.  I also begged J to grow his hair out.  He begged me to just let him keep it short...I still regret that ;)  The best part of my night was my my doctor said to me, "I need to keep my sonic screw driver out so people don't just think I'm a nerd," and I responded, "Babe I'm pretty sure the sonic screw driver proves we are nerds."  The best part of J's night were when two sets of the nerdy bunch in our ward recognized who he was.  Yes guys he had a couple groupies, nerdy ones just like us, but they were groupies. 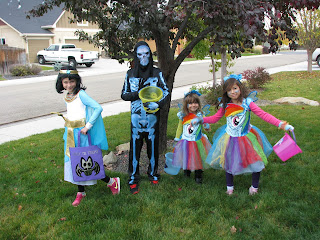 Captain E toyed with being a mine craft character.  He told me that's what he wants to be next year but ultimately decided to guy with skeleton guy this year.  I think he enjoyed having his face covered, which as I think about it might be some of the appeal of the mine craft character.  We had two rainbow dashes.  They saw these dresses at Costco in August when we went to Utah to visit grandma and insisted on buying them.  I told them that was fine but they had to save them for Halloween.  Guys we actually made it!  Gigi saw this Cleopatra costume and loved it.  Interestingly enough I too was Cleopatra right around her age.  Also my friend Julie's daughter was also Cleopatra this year even though Julie was hoping she'd pick the peacock, the same costume I was hoping Gigi would pick.  This is only interesting to me I guess but Julie is a girl who was a friend of a friend.  She lived on the opposite side of my apartment complex that got split during a ward split before she moved in.  Because of that she was good friends with some girls I had been friends with before the split and so I still was friends with and we met through them.  We weren't really friends though because that is not really how Mormon mom's connect.  You do a lot of stuff with your own ward and breaking out of that can be difficult.  We live on opposites sides of the country now and so we only have contact on Facebook but it is crazy how similar we were.  Recently I commented on her page that she is my long lost best friend and why had we not been friends in real life.  She agreed.  It makes me so sad I didn't take the opportunity to get to know her better while she lived so close.

The town we live in threw a carnival before trick or treating.  It was so fun.  They had trunk or treating for all the kids, hot dogs, a haunted bus, and a whole barn full of carnival games.  The kids had a blast and it was good for us to get out of the house before trick or treating.  Then J took the kids out.  I can't tell you how nice it was to sit at home and watch x-files while passing out candy.  Luckily the weather was good but I still preferred my nice comfy spot.  When their buckets were full he brought them home and we watched Dr. Who episodes while the kids passed candy out to Trick or Treaters.  It was a fun night. 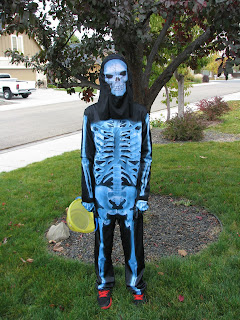 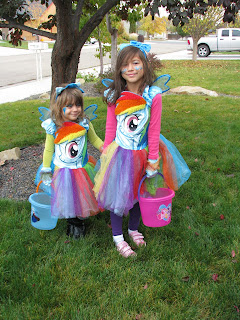 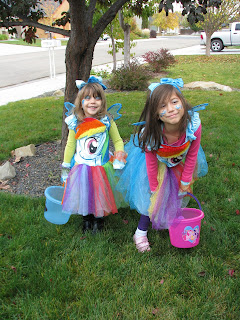 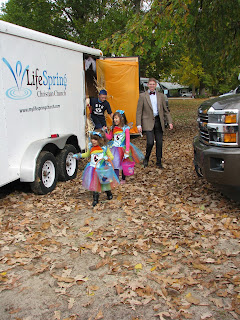 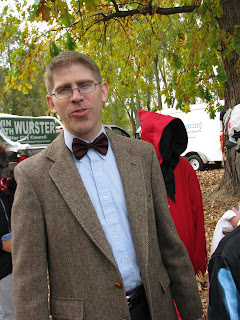 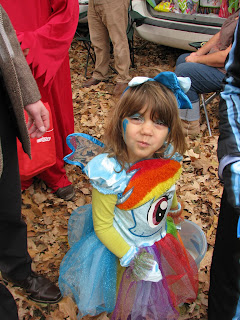 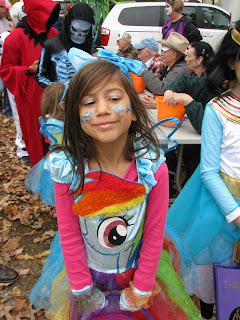 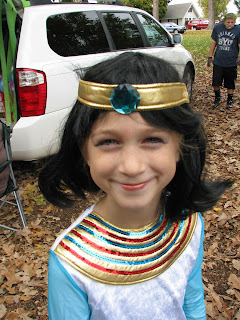 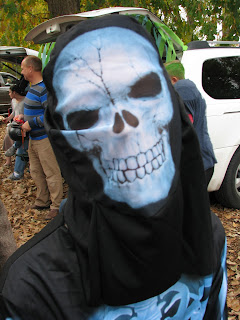 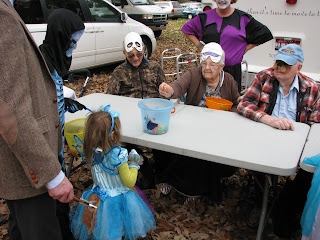 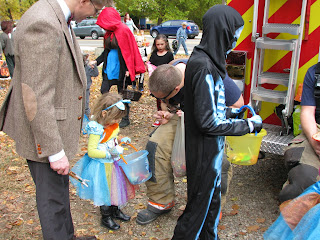 When we got to this firefighter he said to Cheetah, "What do you say little girl?" and she said, "GIVE ME CANDY!"  We all had a good laugh at that. 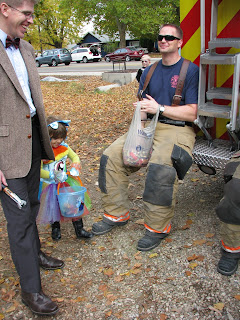 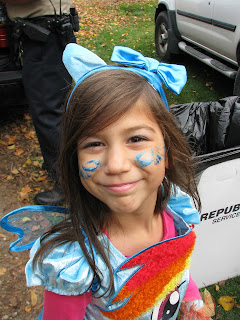 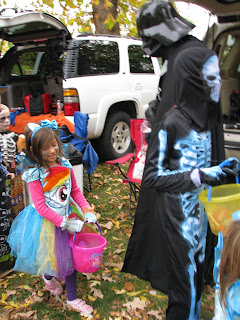 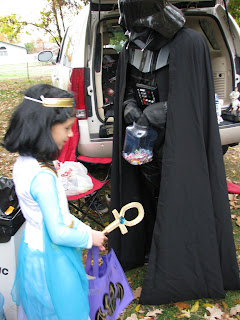 Aparently we need to have a conversation with our kids about taking candy from the dark side. 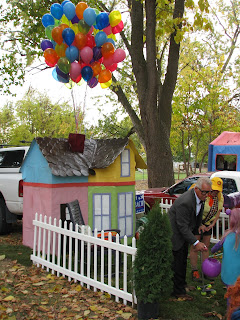 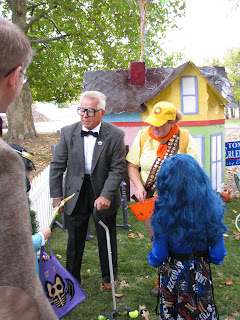 This guy and his wife won the trunk or treat car award.  There was some really cute stuff but these two definitely deserved the prize! 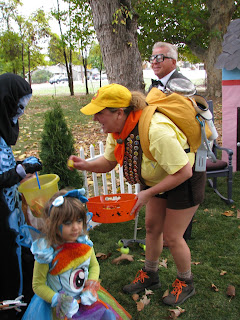 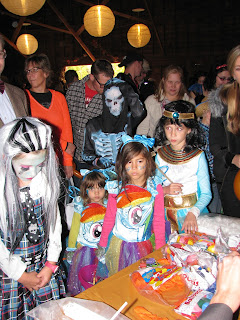 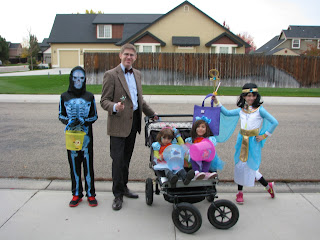