Serial...the most addicting podcast ever 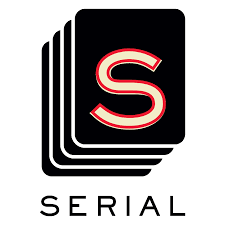 Have you been listening to the podcast Serial?  You can find it here or listen on your phone.  I'm a little obsessed as are a lot of my coolest friends if you pay attention to the amount of time they've been talking about it on social media.  It's done by the producers of this American Life although it only focuses on one story, at least these first ten episodes, 8 that are currently out and isn't so crazy disorganized (I'm sorry Ira but your mind feels like bouncing around a toy store with my two,  newly three year old).  New episodes release on Thursdays.  It is the story of high school senior, Adnan whose ex-girlfriend Hae is killed.  He is quickly singled out as the main suspect, investigated, and after a first trial ends in a hung jury, is convicted with his second trial.  The show is driving me crazy and yet I love it, which I think actually says something seriously disturbing about me and my own voyeuristic tendencies.  (Spoilers to follow below...don't read if you don't want to hear them) I go back and forth constantly on whether or not I think the guy is guilty.  Last week I was convinced he was innocent.  It probably didn't hurt that that particular episode was about a the innocence project taking his case on.  The thing is there is a witness to the murder, at least shortly after the murder who told police he helped Adnan dispose of the body of Adnan's ex-girlfriend Hae.  Up until this week I thought Jay the friend was a total nut ball.  I still don't understand why Adnan would confess to his friend and ask him for help, it just seems so weird.  I don't understand why Jay would help him and not tell the police.  I don't understand why Jay agrees to talk to the police without and attorney.  I don't understand why he confess to the police.  I don't understand why he pretty much gets off with no jail time if what he says is true.  I don't understand why he isn't even considered the police's main suspect.  I mean he doesn't really have motive but he knows all about the crime including where Hae's car is.  I just don't get Jay, his story, or the police's handling of him at all, nothing about him makes any sense to me and I think this actually contributes most to me not understanding how Adnan was singled out and convicted.  This week though Sarah the host talks about talking with Jay and something really struck me about that conversation, 15 years after the act Jay is just a tired guy who just can't figure out why the heck after 15 years Adnan still won't own up to what he did.  It was just bizarre.  I guess you could say Jay still doesn't make any sense to me, but what does seem to make sense is that isn't what I would have said if I'd killed Hae and was trying to hide it or had totally made up this story about Adnan.  It just seems odd...at least the way they describe it.  I guess I'll just have to wait until next week for some more info.  The frustrating thing is that I know the outcome already.  Adnan is still in jail.  He has still been convicted.  Hae is still murdered.  I don't think Jay is ever going to make sense to me.  The innocence project has taken this case on but I can say I don't honestly know that it will ever be possible to know completely what really happened and if Adnan is actually innocent or guilty.
Posted by Glenda at 7:00 AM