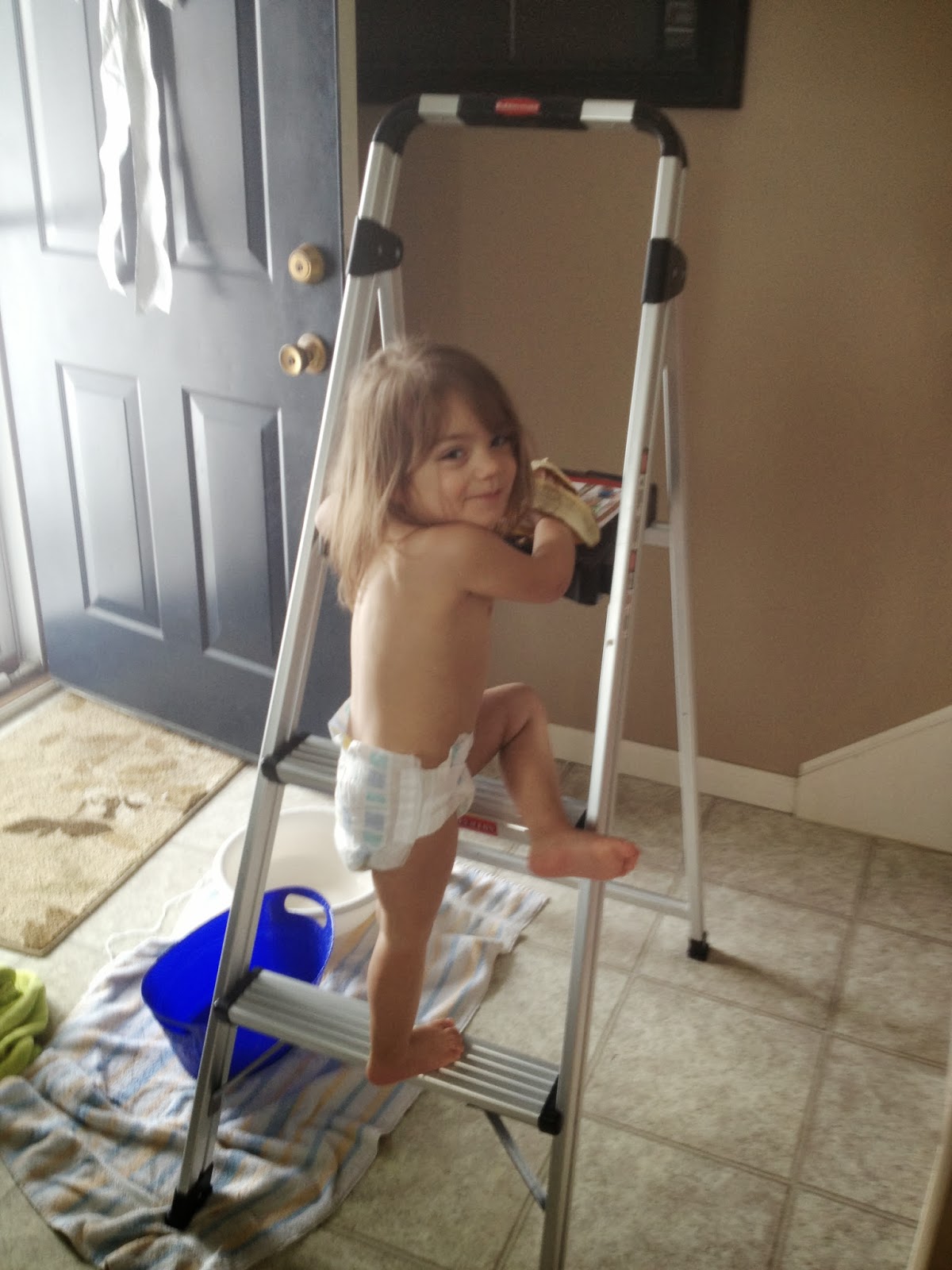 I am grateful to live in the house we do but it isn't like owning a house is just a good way to bank money.  Every time something goes wrong, guess whose job it is to fix it.  I was thinking about this a lot at the beginning of the month.  My sister and I have a friend who within just a few days had her son throw a ball through a downstairs bathroom window and then had her water heater break and leak all over her basement floor.  "Owning a house is expensive," I thought.  I wonder when our next unexpected expense is going to happen.  Three days later I had my answer when the great meltdown started to occur.  We apparently had an ice damn that formed on our roof and rather then running smoothly into the gutters the melting snow and ice started to run down the wall of our house between the siding and the wood, which for reasons I don't understand had no flashing and into our house pouring out of the lighting fixture in our entryway.

We immediately called a roofing company that helped Dr. throw the biggest chunks of ice off the roof...a dangerous job to be sure and then priced us out what it would cost to put flashing under the siding closest to the roof and replace the shingles in that 8 by 5 area.  Almost $700 dollar people.  Not exactly what you want to hear especially when you've just spent almost 10 grand on tickets to Africa 350 on a necessary car repair but what could we do?  Dr J could probably do the job for cheaper but it is freezing and the man is busy.  So we paid them half, had a contract written out.  We are still waiting for them to come out and do the job.  Apparently the continued snow and freezing temps does not lead to ideal roofing conditions.  Dr J is also going to have to patch and repaint the ceiling inside where all the water damage occurred....eventually.

Owning a home is expensive.  It is definitely not for the cash strapped.  Things go wrong and you are the one responsible for fixing them.  Even with insurance sometimes it isn't worth it.  My friend from the gym recently had a pipe in her house burst (remember it has been freezing here for months).  They had damage to the walls and all of the wood laminate they had in their kitchen was destroyed.  She called up her insurance company to see what she should do. "Well they said, if it is close to your deductible (which by the way is $1,000) you might just want to pay the whole thing out of pocket and not make a claim because once you make a claim we WILL RAISE YOUR RATE!"  Nice one insurance company :(  Remember when we used to just rent and we could call the maintenance people out to fix any home catastrophes?  They might not have been fast, they might not have been great, but they were free :)