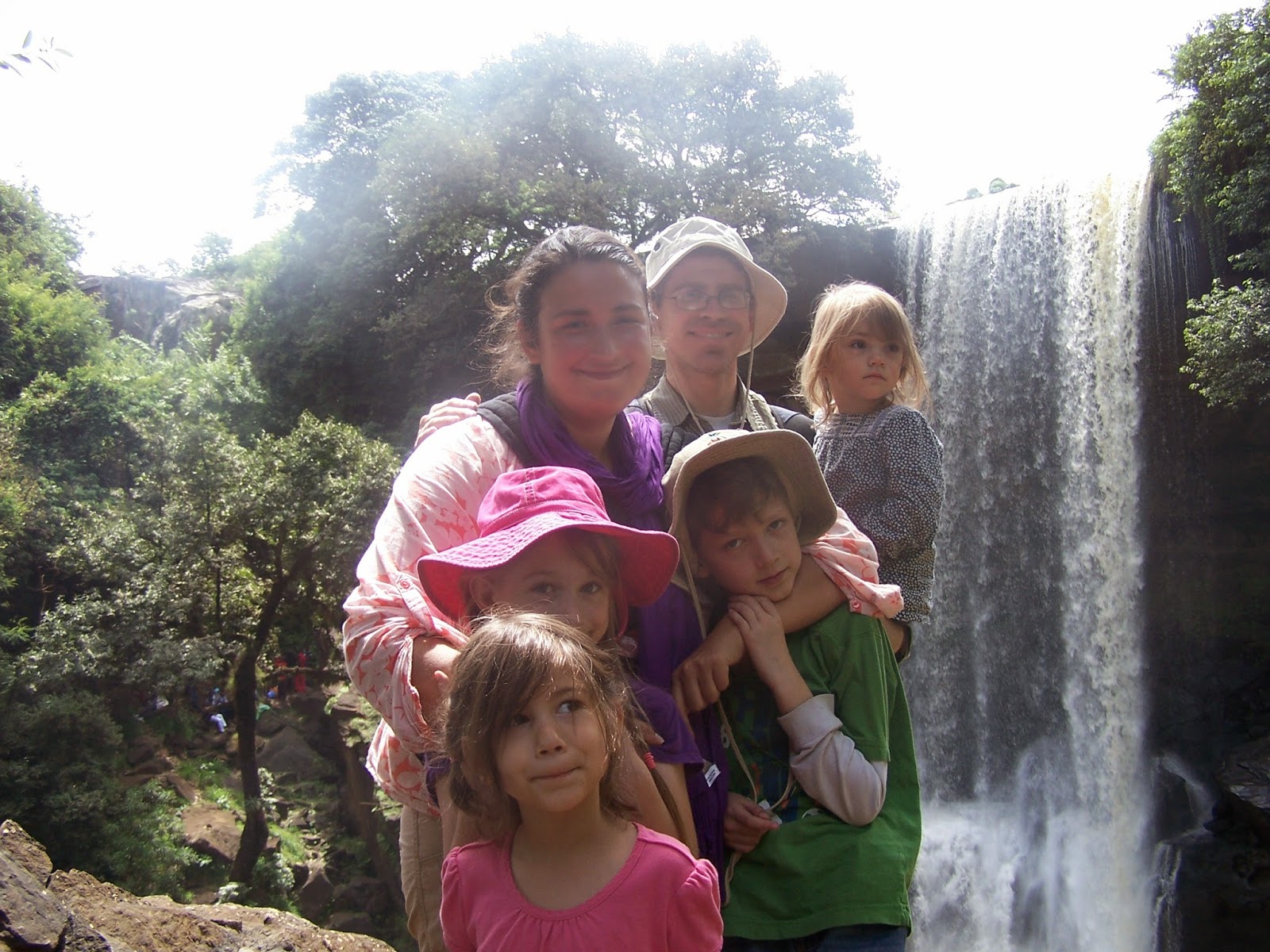 Distance/Time from Eldoret to the Umbrella Falls - 35 minutes, it isn't so much a distance thing as it is a mostly on rough dirt roads thing.  Cost-5000 shillings for a seven passenger jeep and Taxi Max the guy who gave us the tour of the power plant and showed us where to hike.  We split this cost with the other adults in the car.  Cost to us, 2000 shillings.

A few weekends ago Kristin asked us if we wanted to go to Umbrella Falls with her and group of other people.  She said something to the effect of, "We're going to a power plant on a waterfall but it is suppose to be really cool.  Do you want to come?"  The answer to this after five days of our mind numbing schedule is "OF COURSE".  Seriously guys I don't know what I'm going to do with myself when Kristin leaves next week.  She is sort of like the trip planner of the group.  We are going one one last weekend hurrah with her and she true to form has done a great job of making sure everything was getting planned.  Without her I fear we will just shrivel up into boredom.  We will surly miss her trip planning skills and her company although we forgive her for heading home since she's been here without her husband almost two months at this point.

Kristin had Max meet us at IU house at around ten o'clock.  Of course at ten most of the doctors were still at the hospital rounding so we waited around another hour before everyone was there and dressed is hiking appropriate clothing.  It wasn't such a bad wait though.  Taxi Max is highly entertaining.  He is the cab company owner we call most often when we need to get around town and while blessed with a shrewd business mind he is playful and full of stories.  When everyone had arrived we all piled into the jeep.  It was not the first time I marveled at how this is the perfect time to be here with the kids (at least as far as fitting into taxis is concerned.  In a few more years we probably wouldn't be able to fit on one bench but right now the kids are small enough that we fit just fine.

The road out to the falls was pretty wild.  In town you get lots of paved roads but out in the country you are dealing with primarily dirt roads.  Max says they grate them down occasionally but there is lots of rain here and they get a lot of traffic from cars, jeeps, motorcycles, bikes, and foot as well as a whole host of animals that use them as through-ways.  Max says the joke is that Kenyan politicians don't ever have to worry about the roads because they just keep getting bigger and bigger cars.  Anyway we eventually made it. 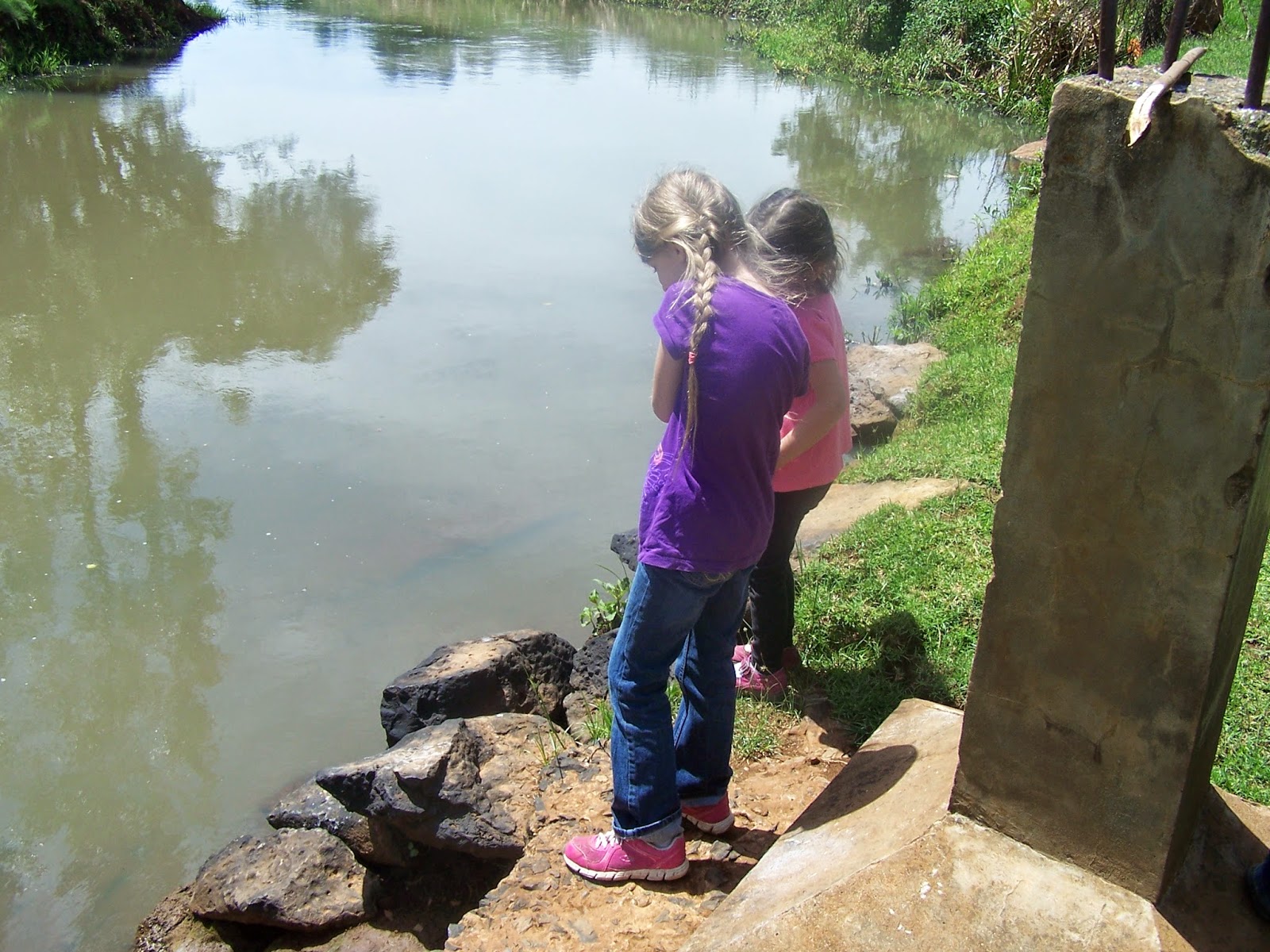 Immediately my kids were drawn to the animals who call the area home and the water.  The adults didn't really want them near the water the animals really didn't want them anywhere near them.  At one point Cheetah was chasing a cow that wanted nothing to do with her and there was also a point we were a little worried a ewe was going to go after her when she got a little too close to her very new look baby for comfort.  Never fear mama sheep, we weren't going to let her get too close. 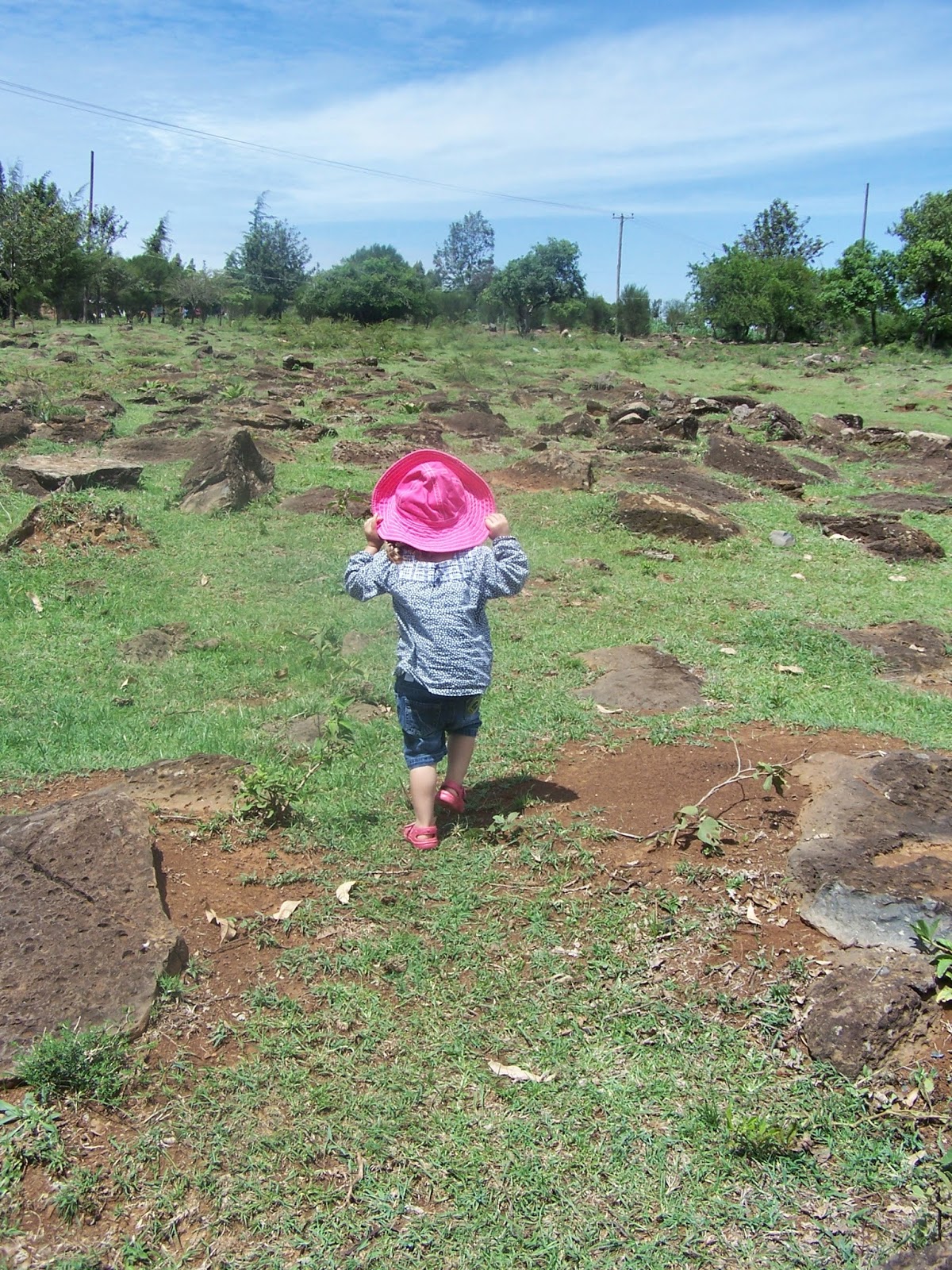 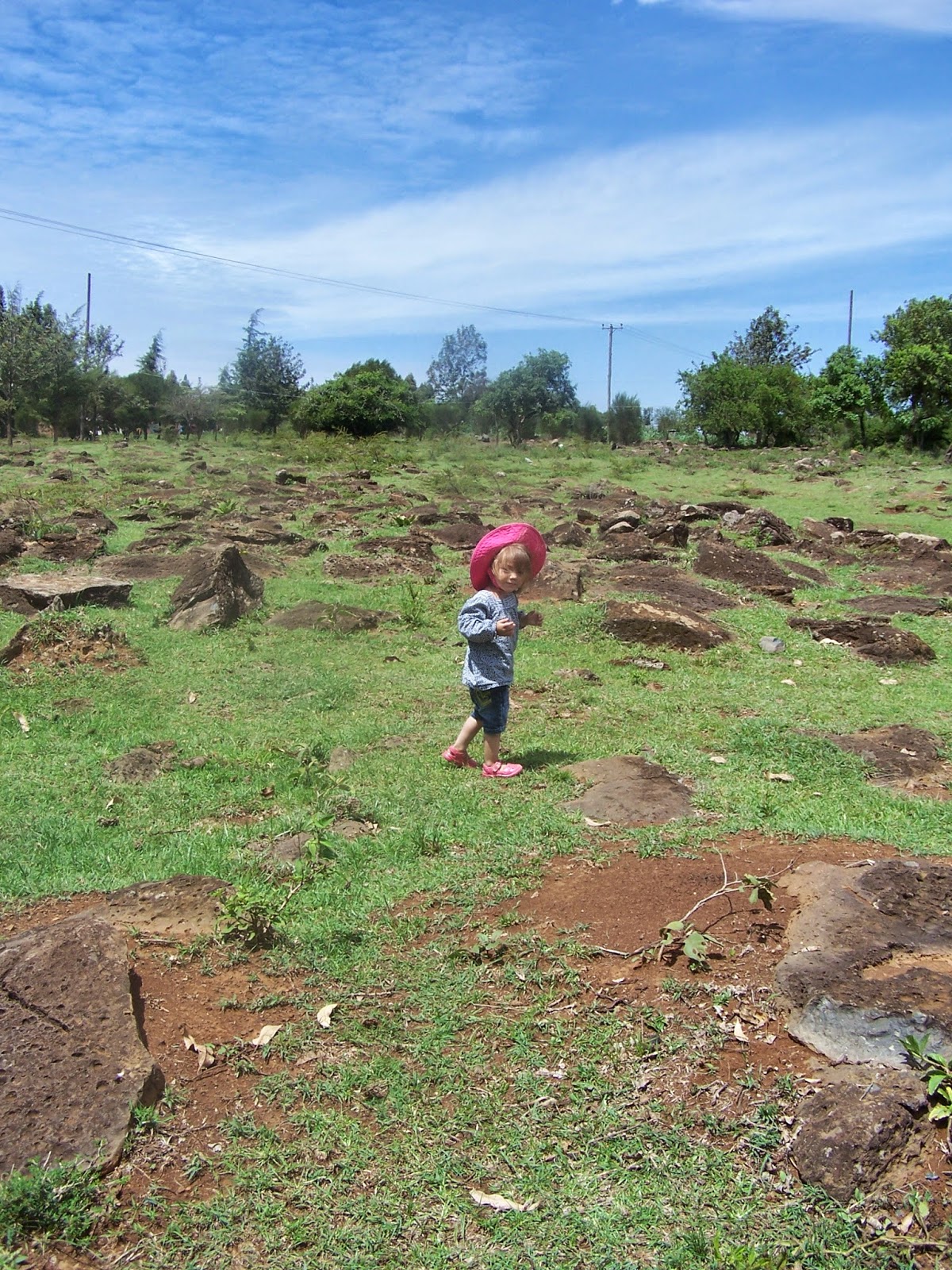 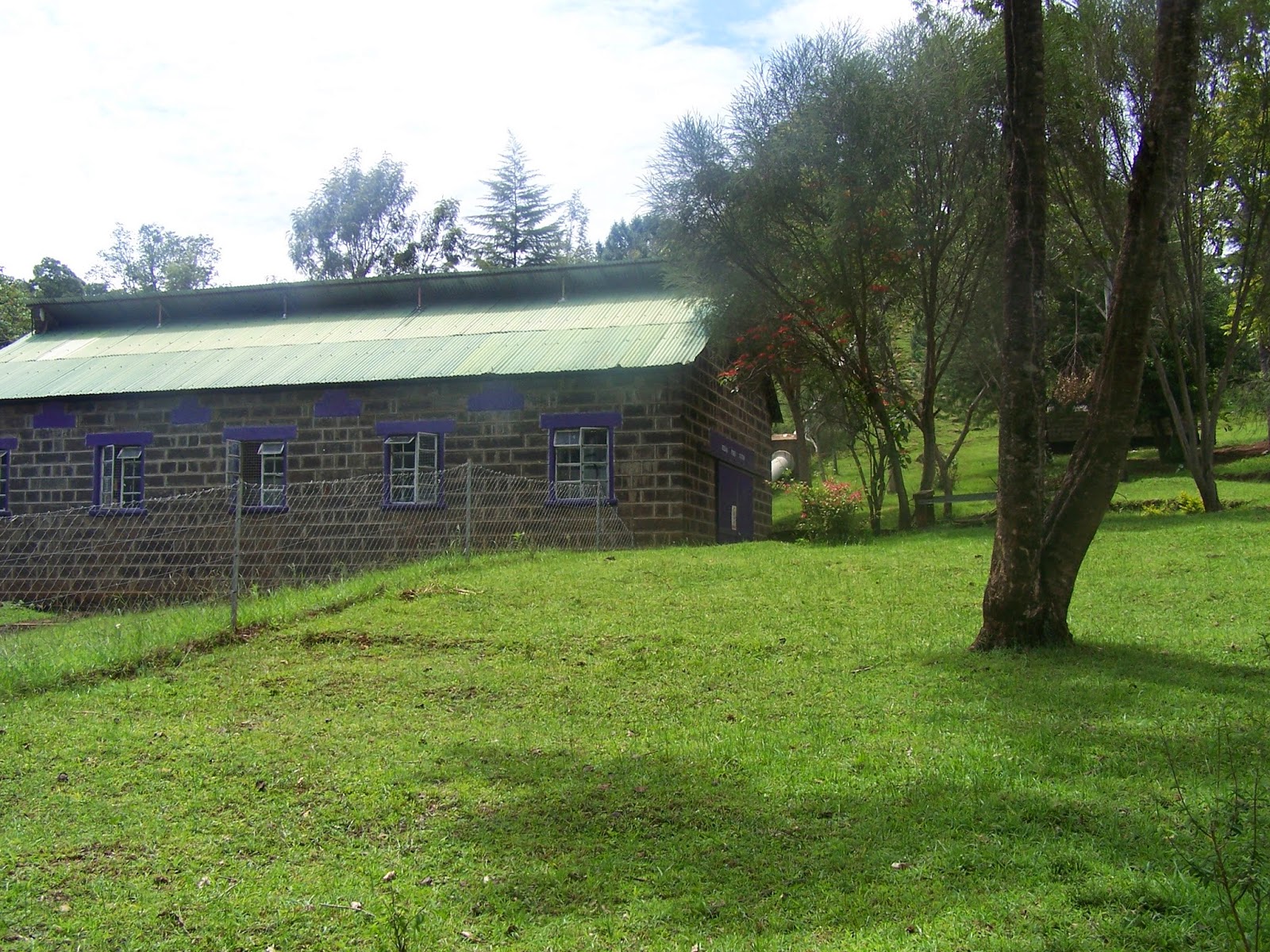 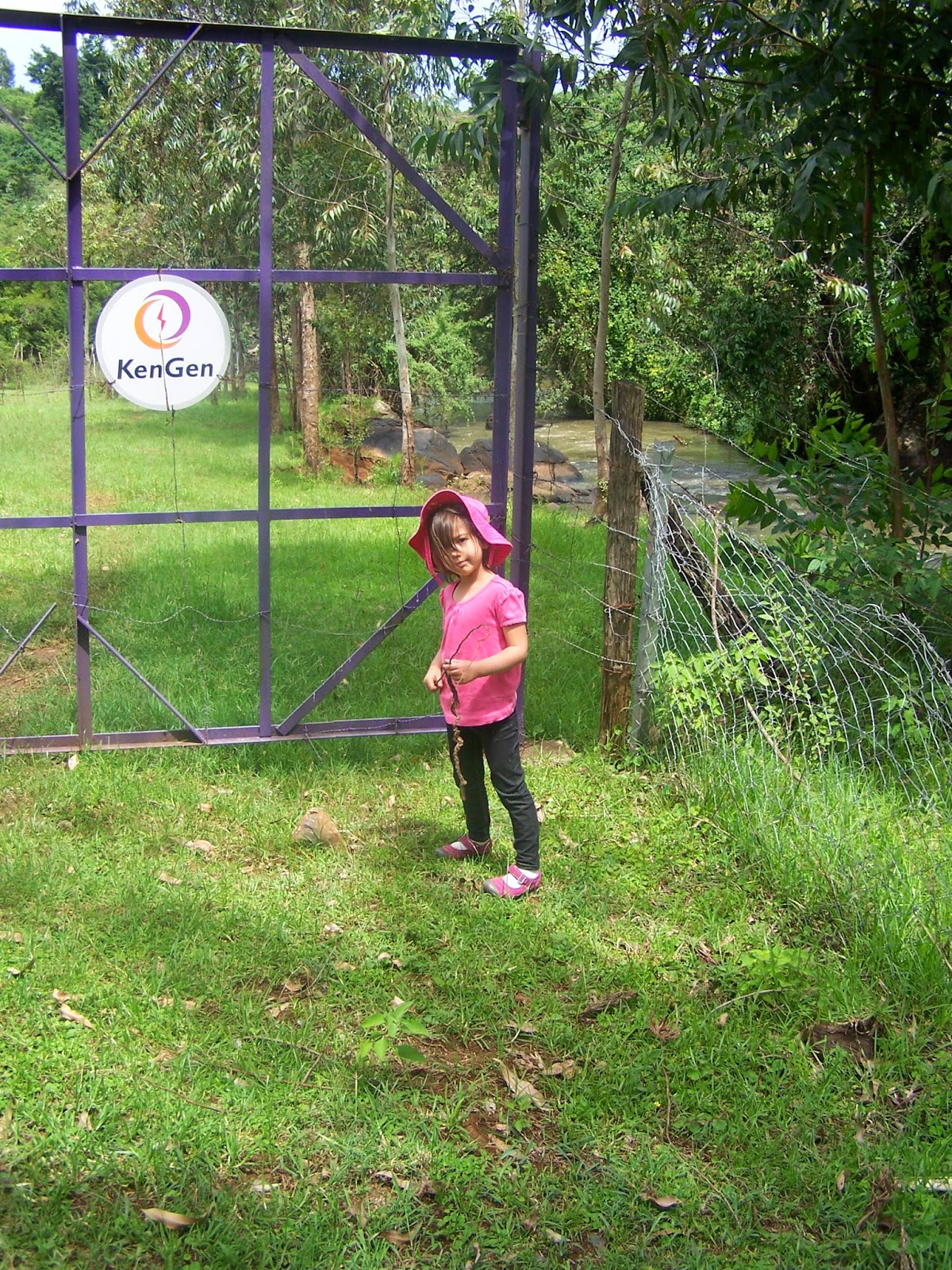 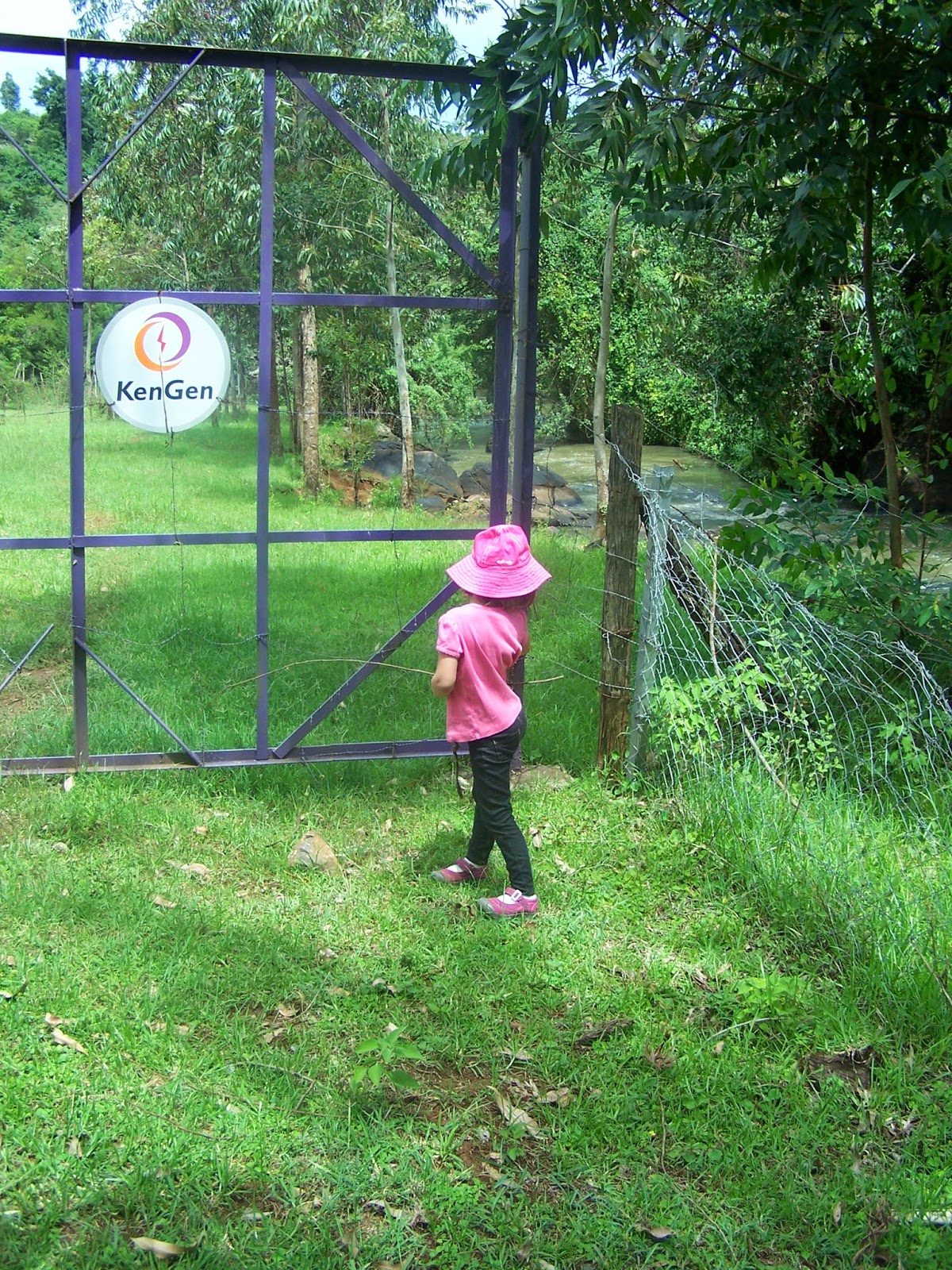 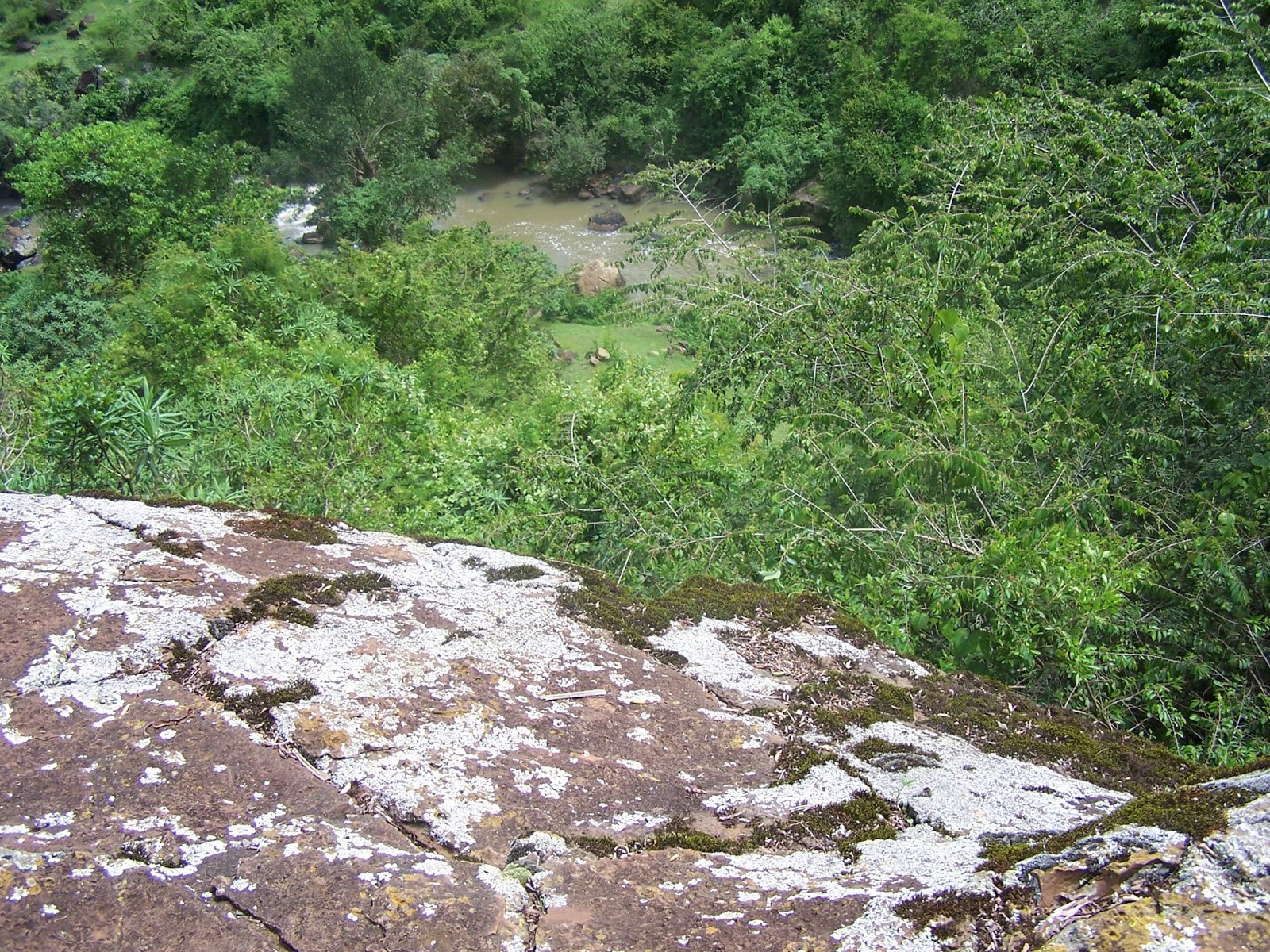 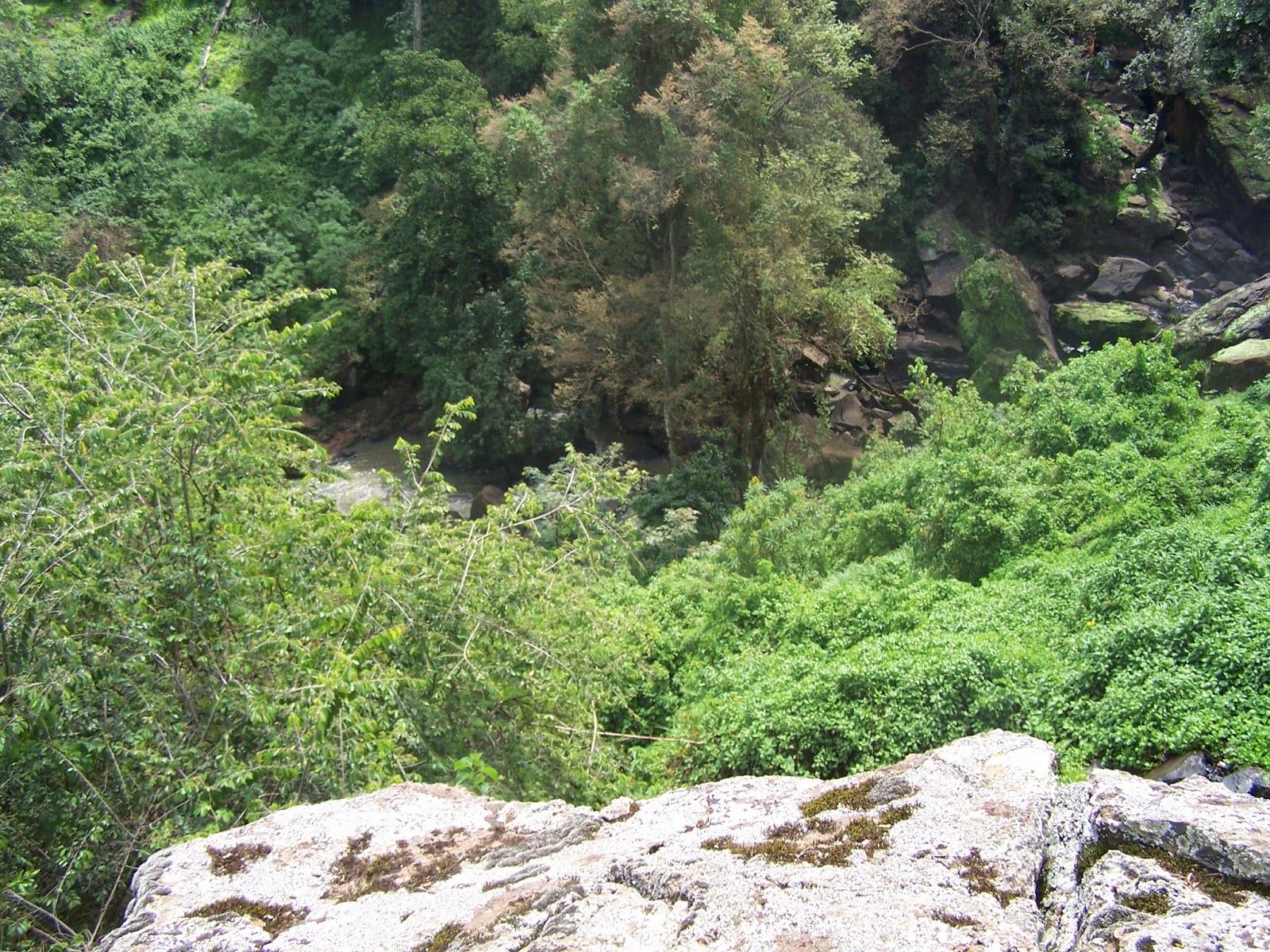 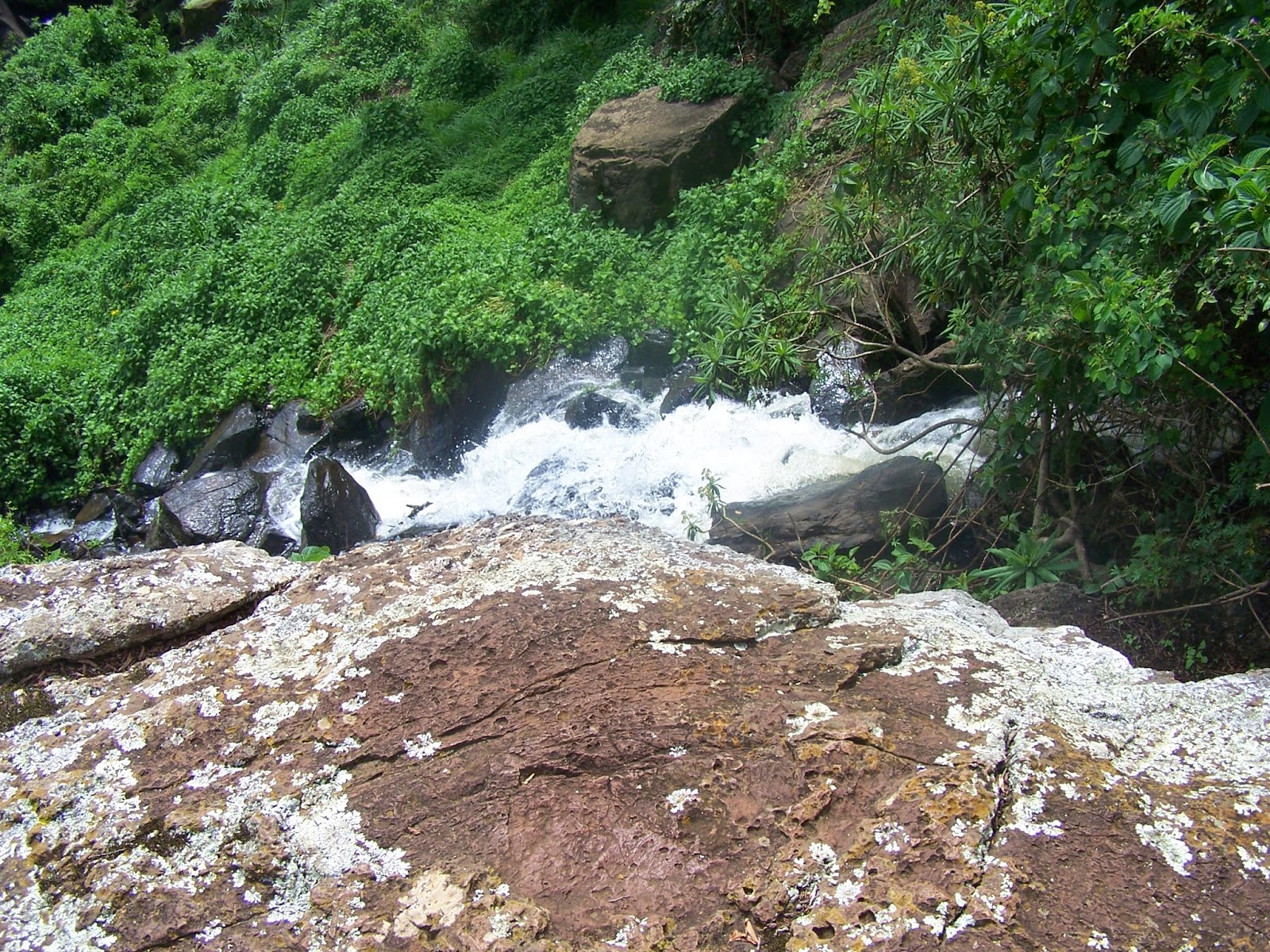 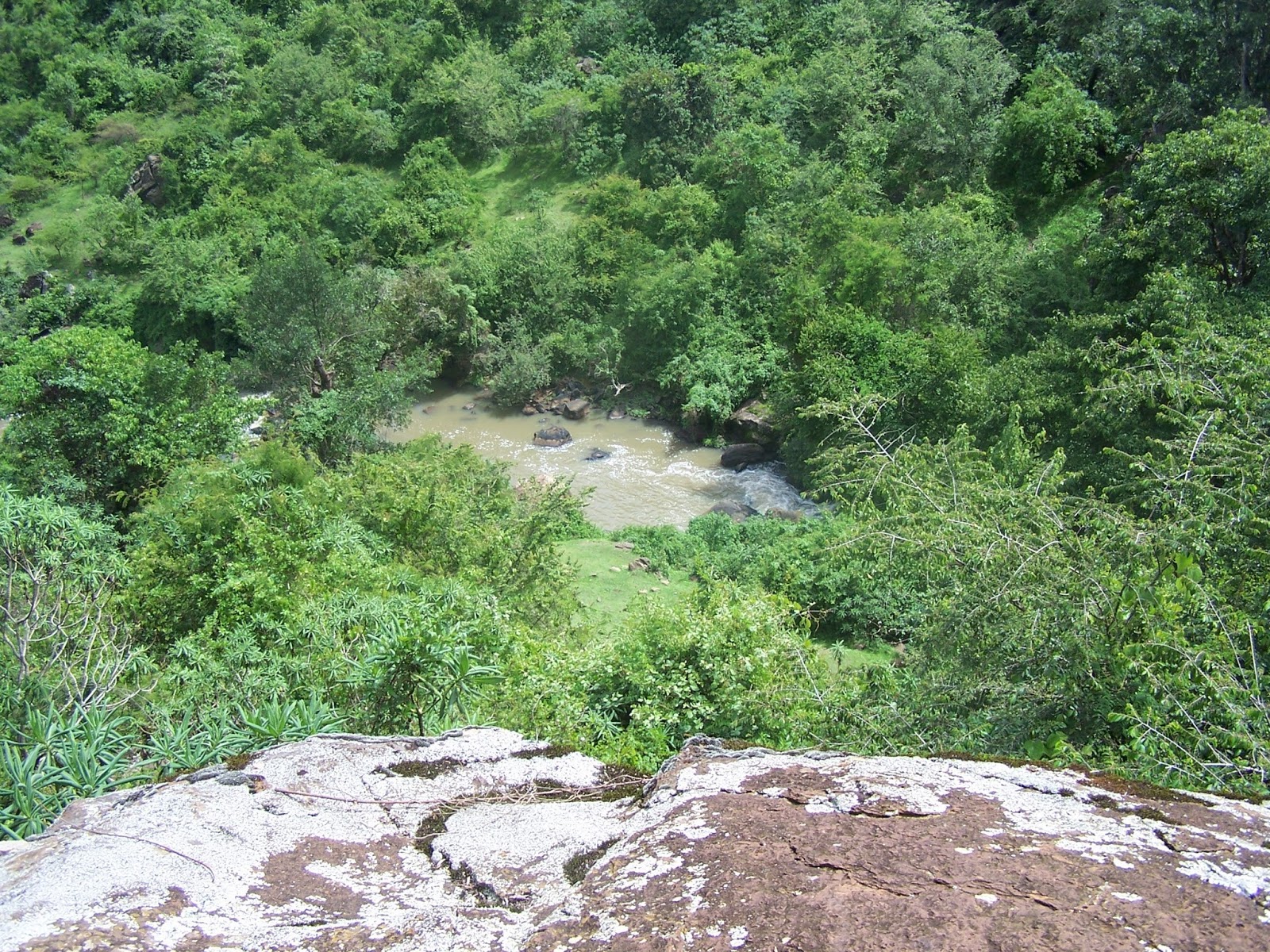 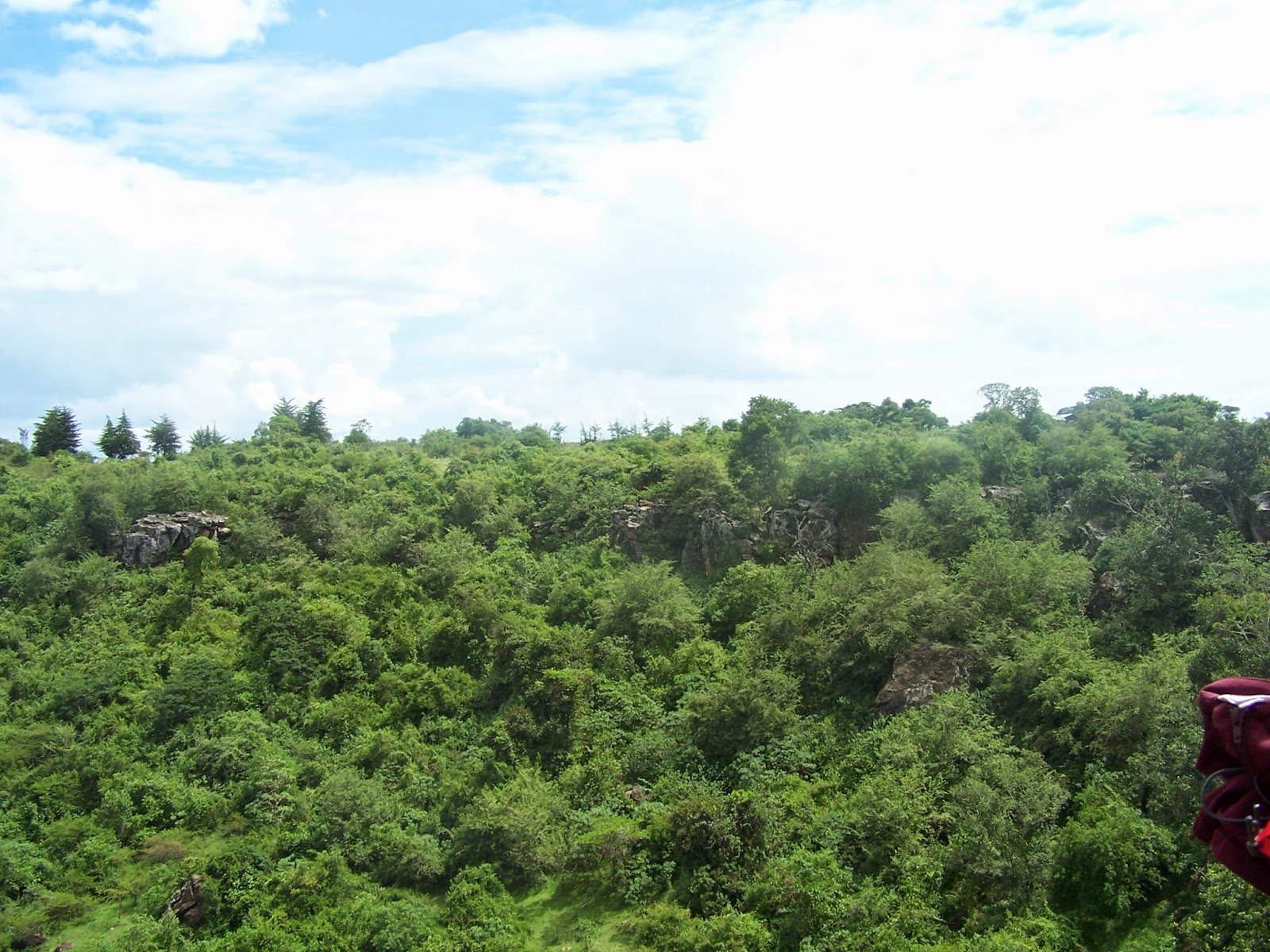 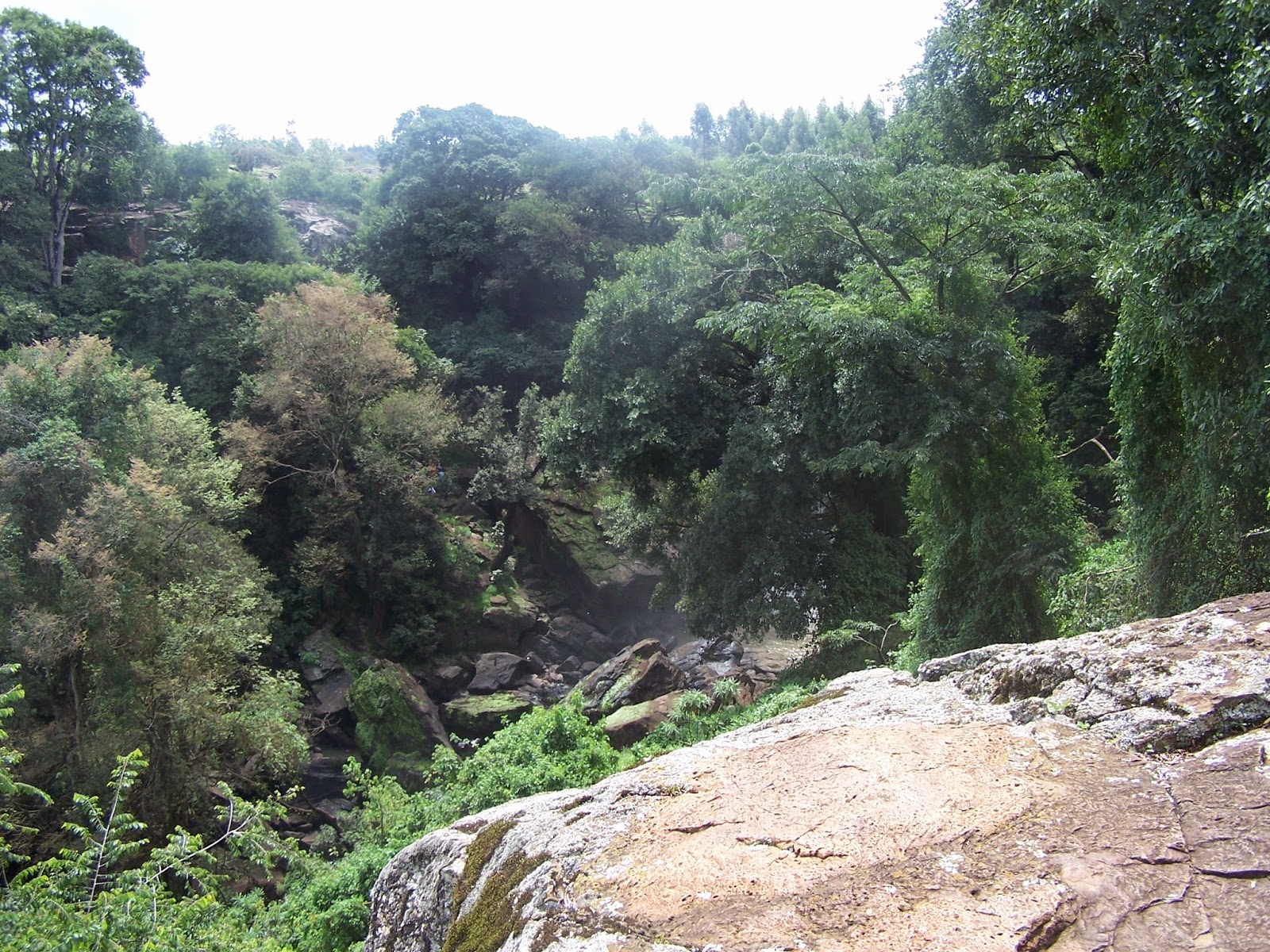 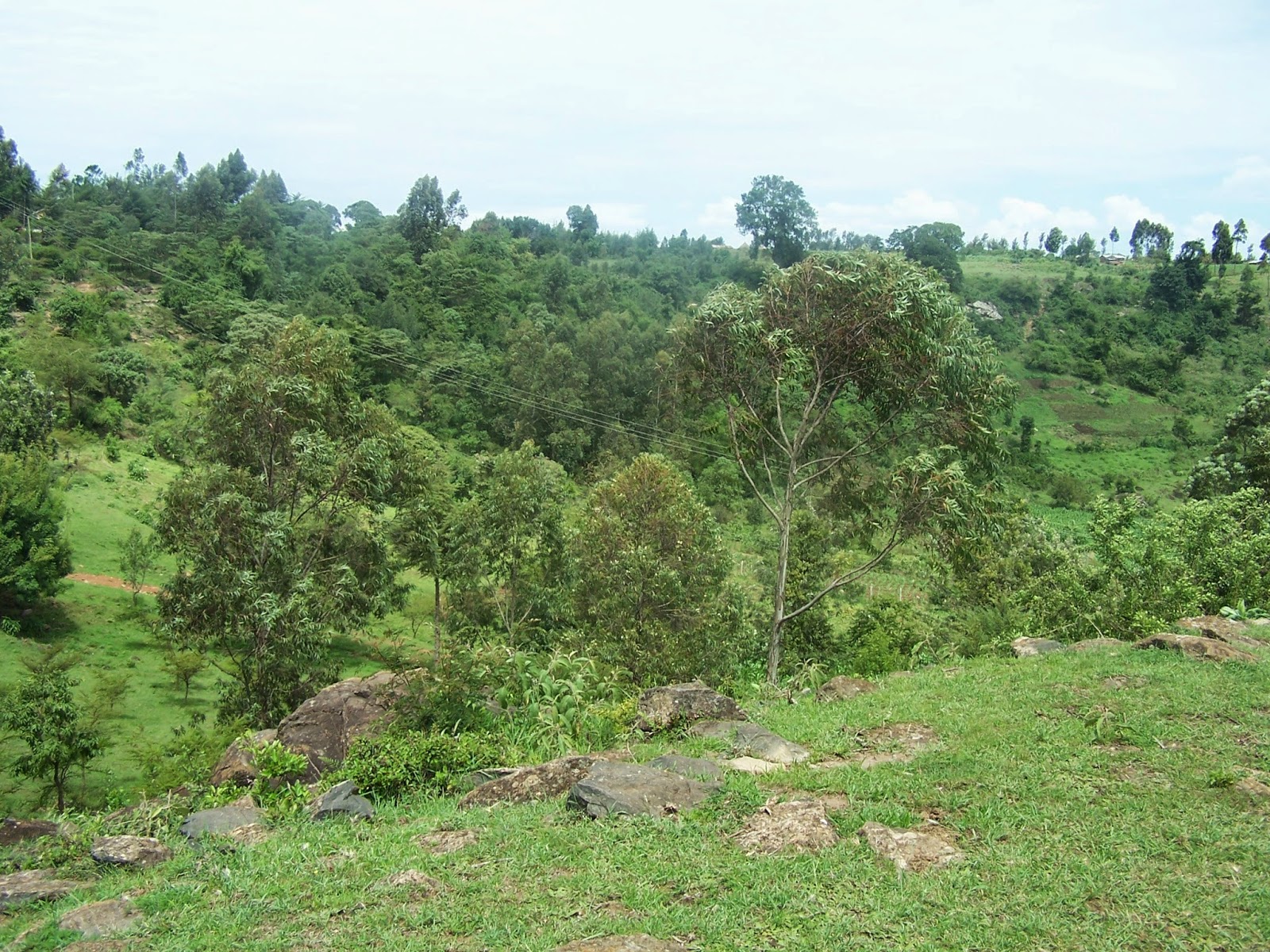 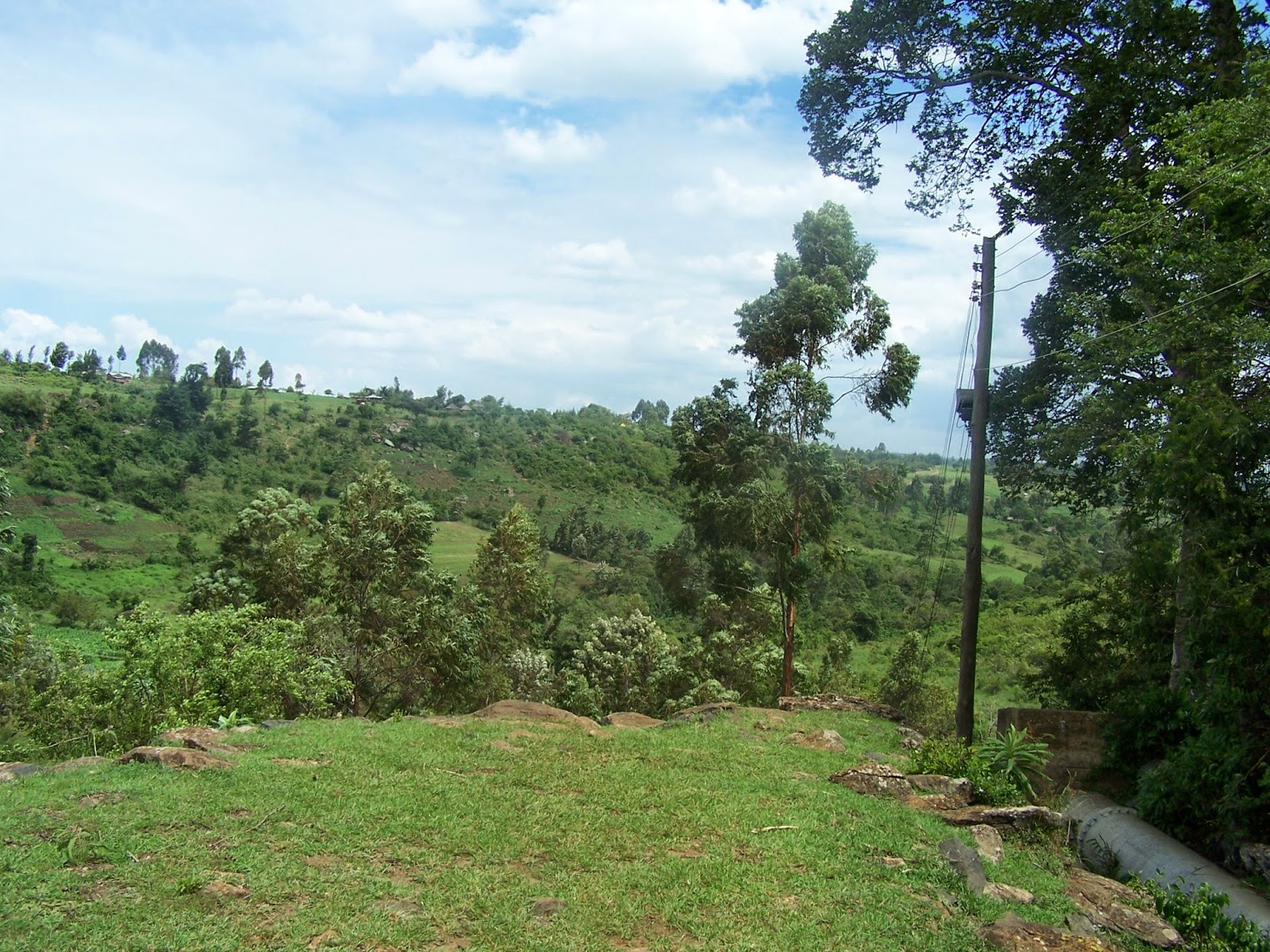 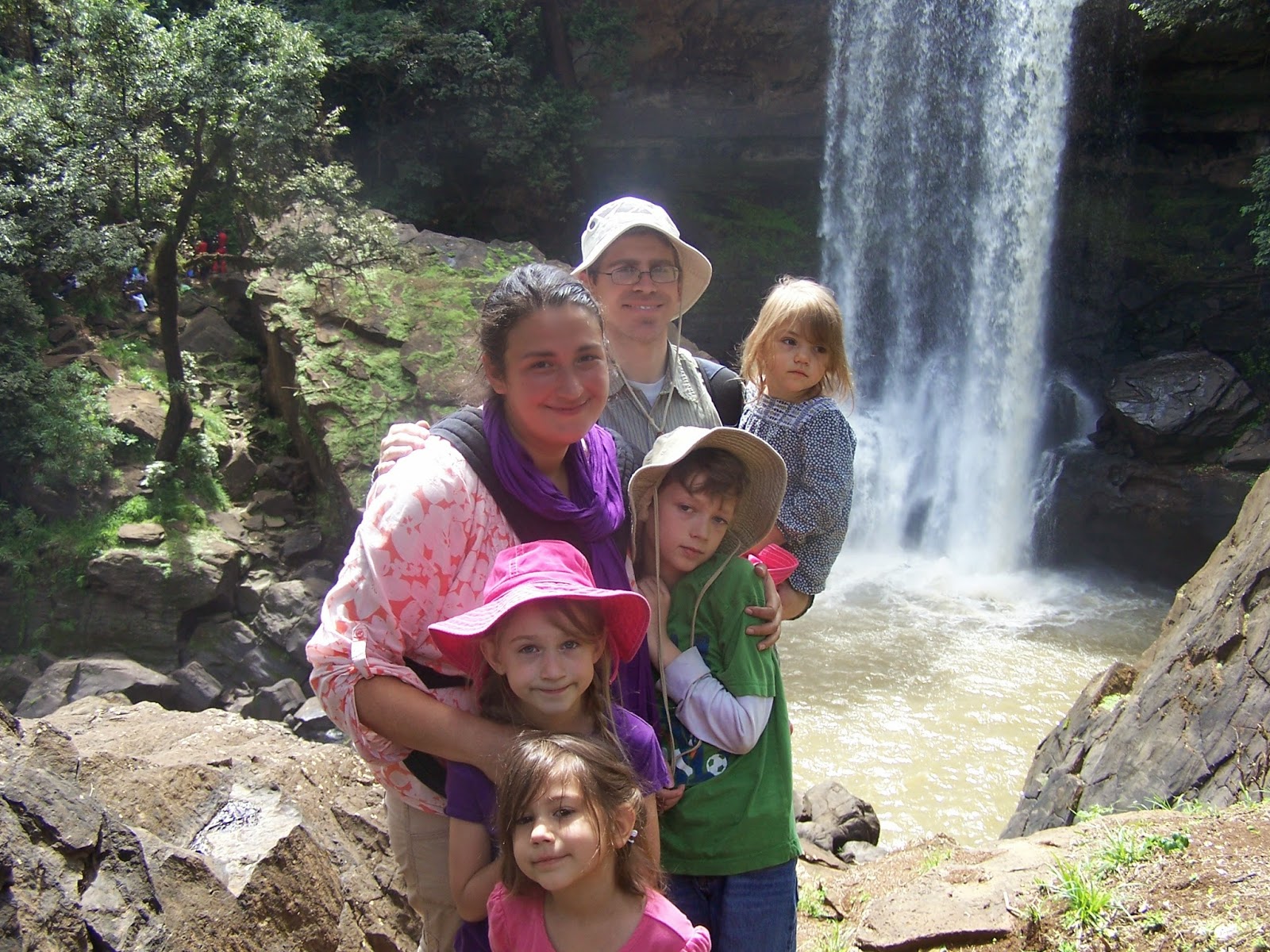 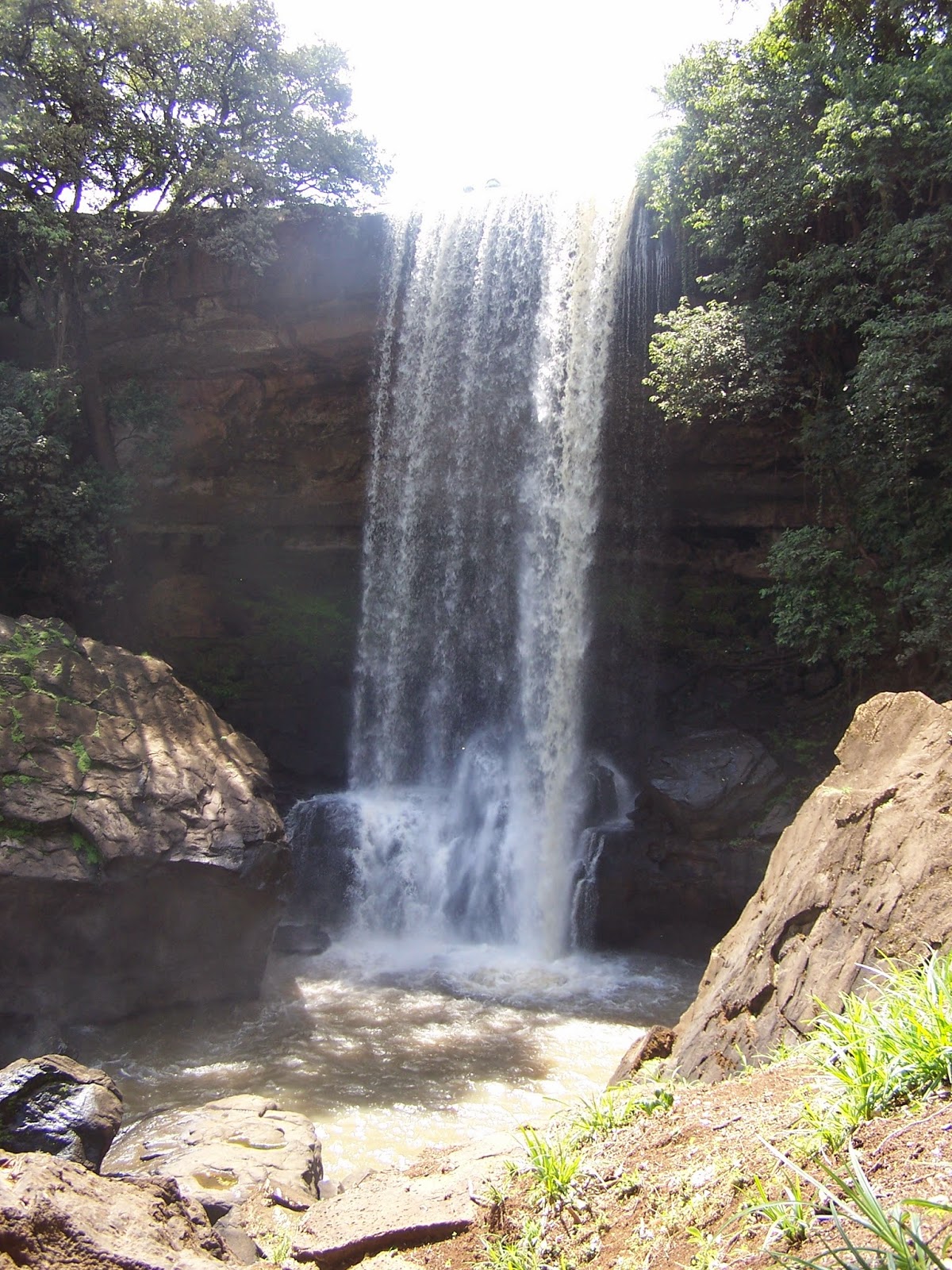 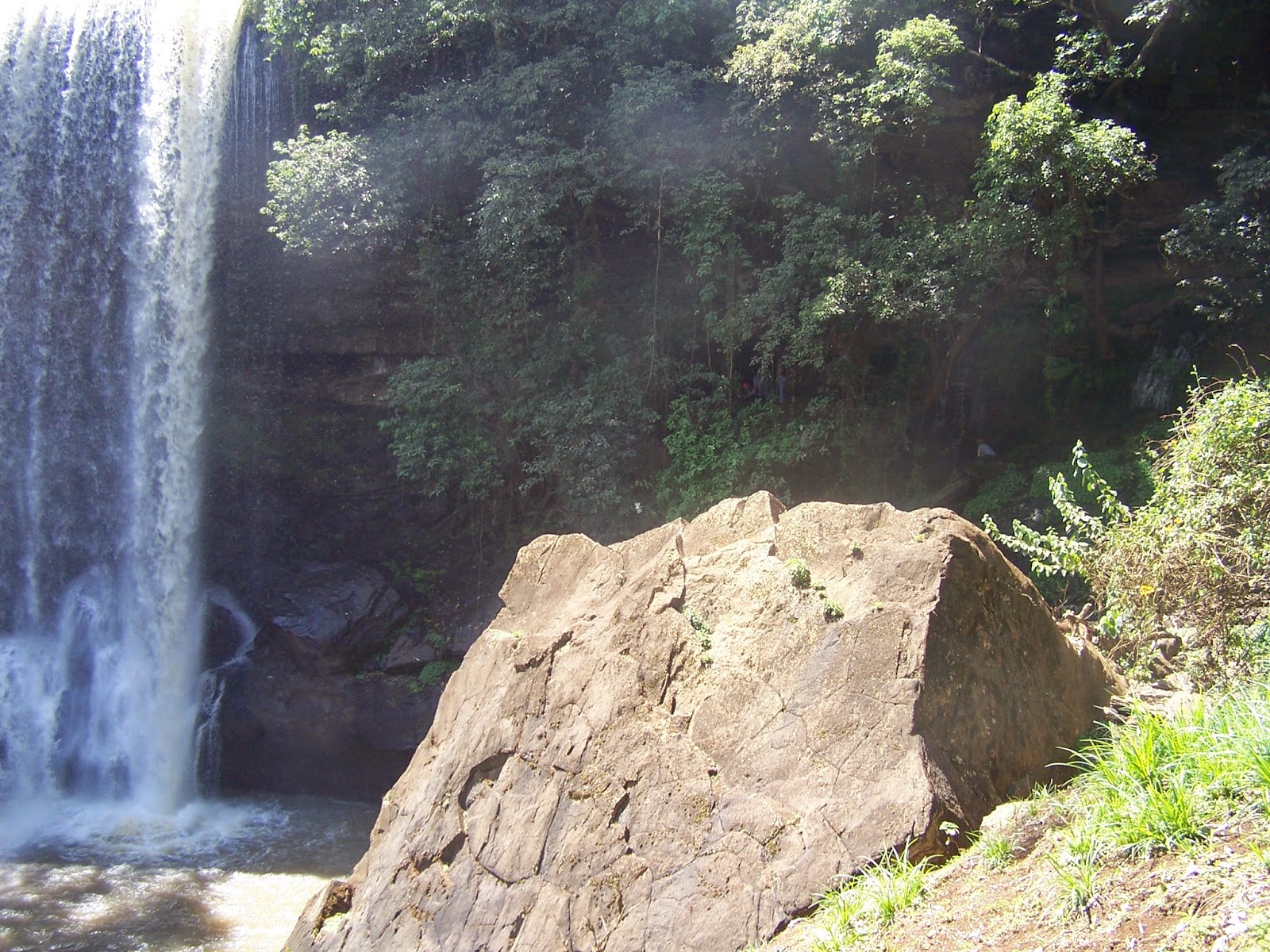 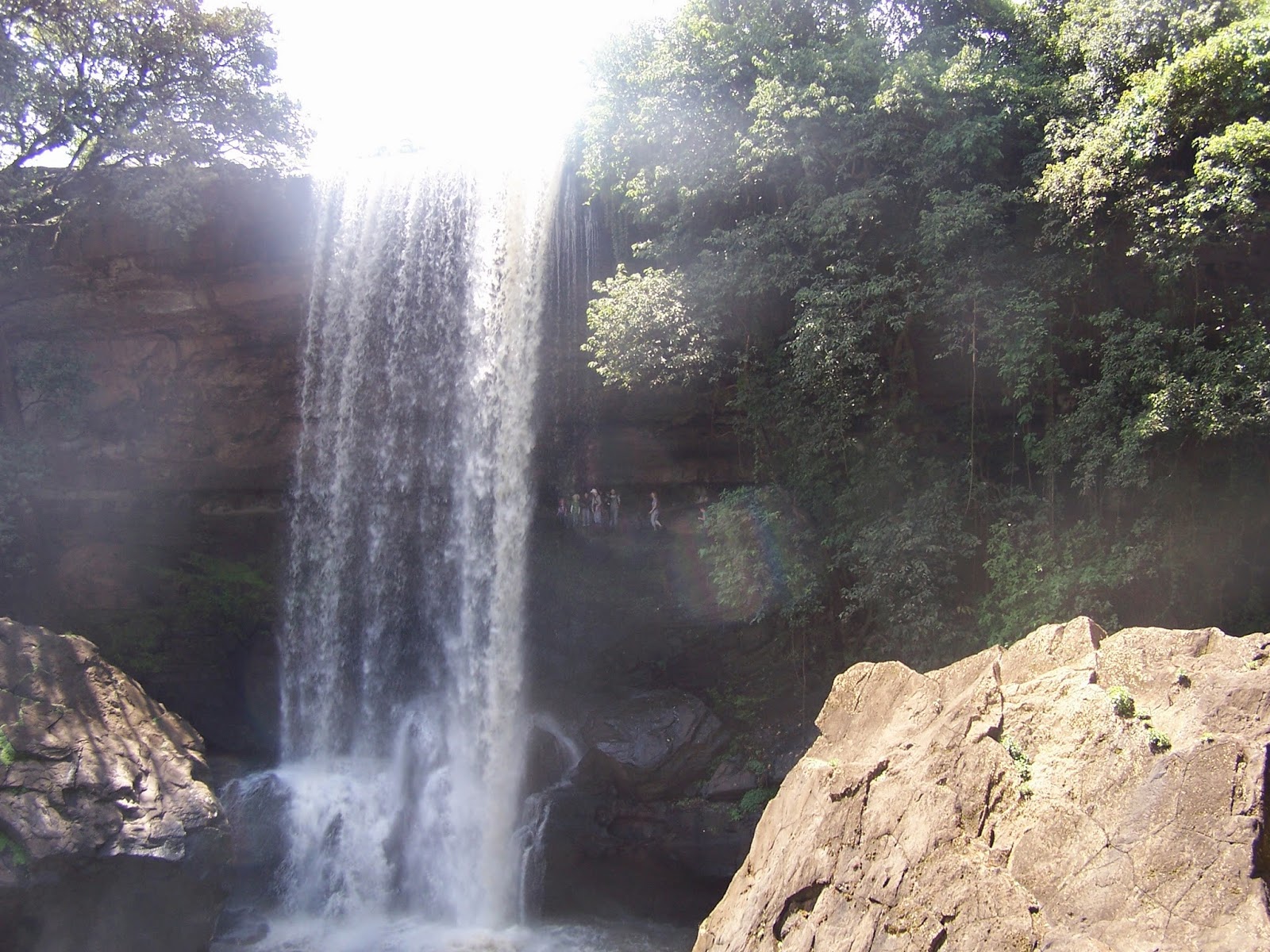 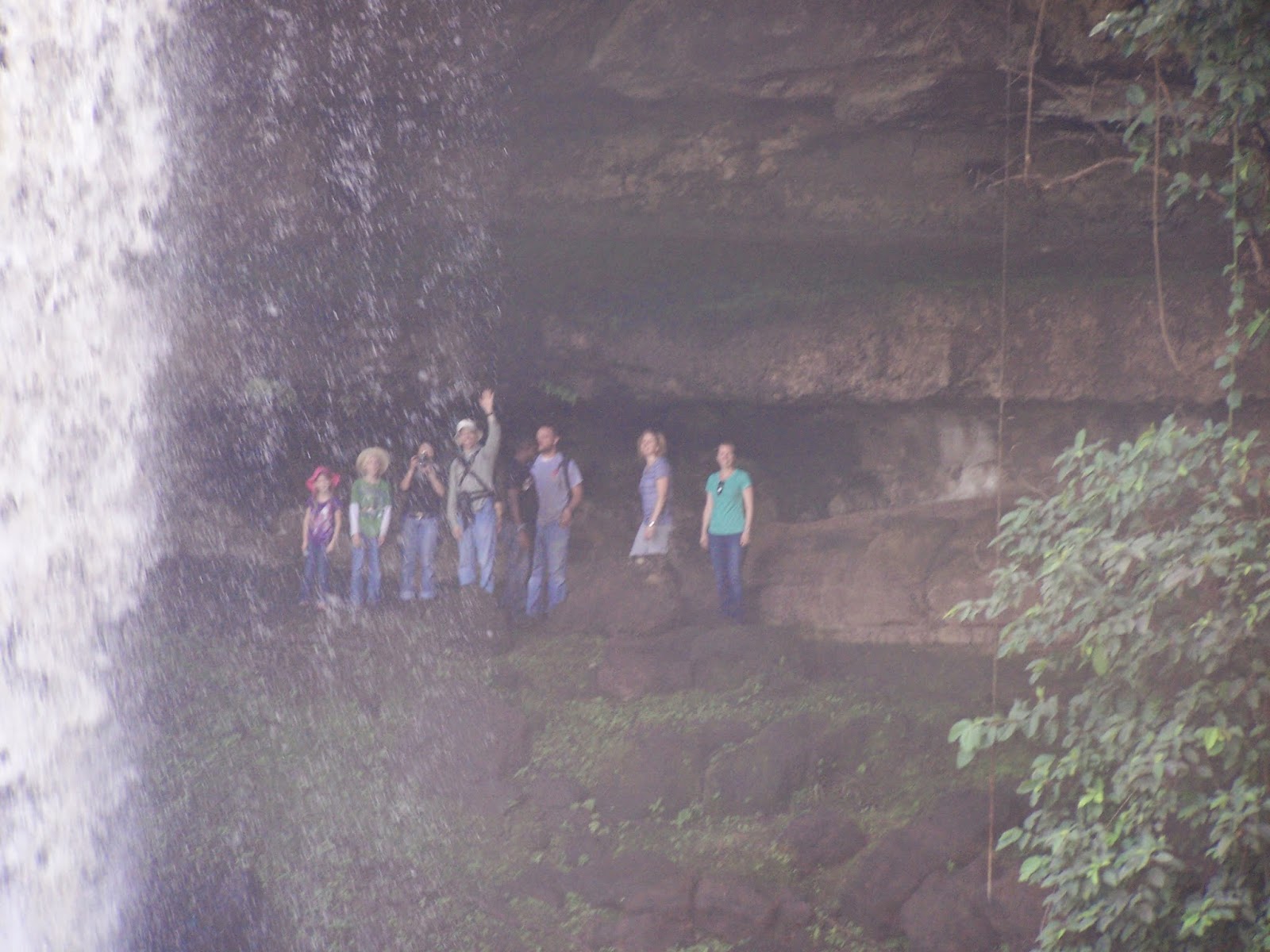 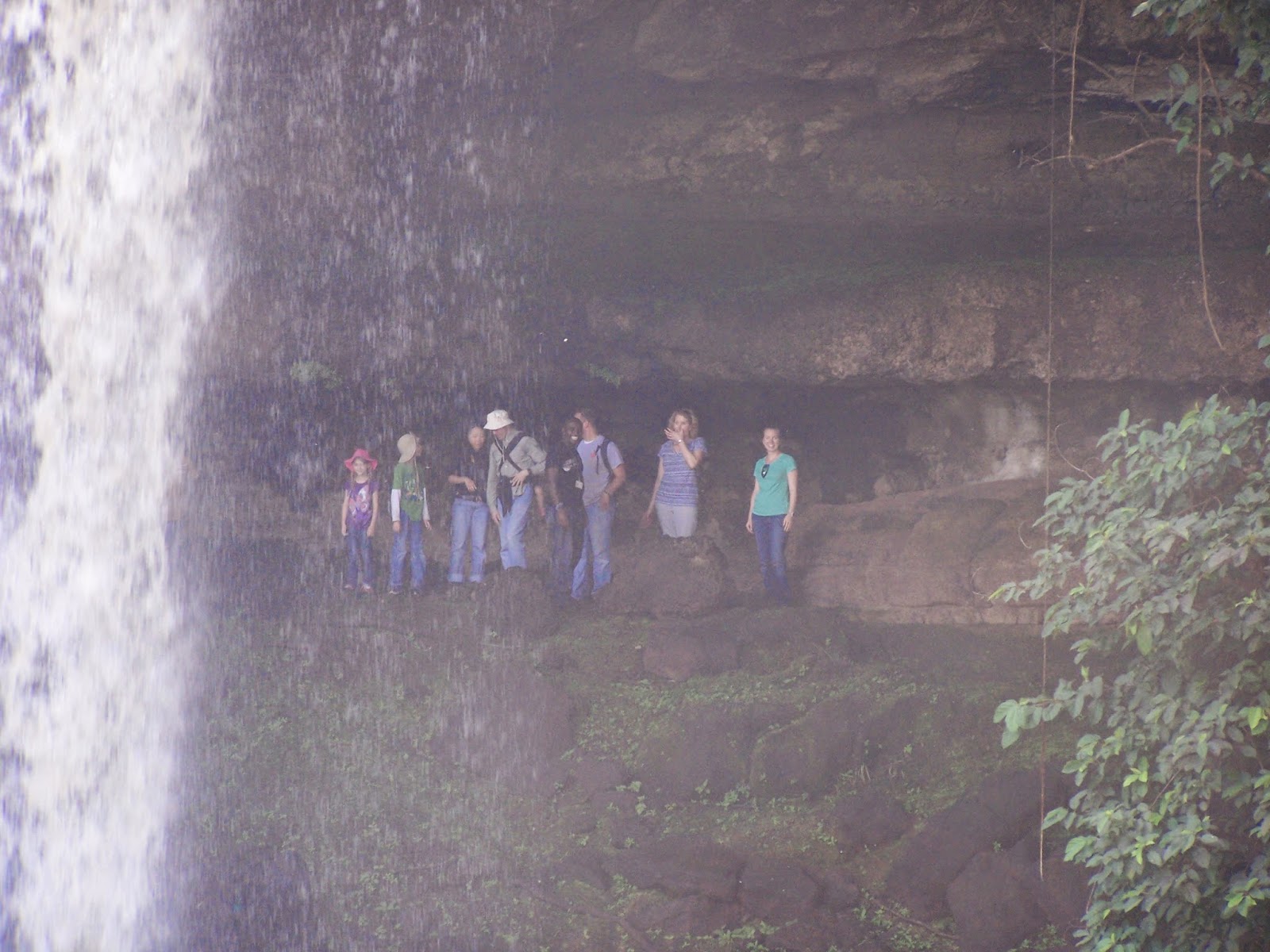 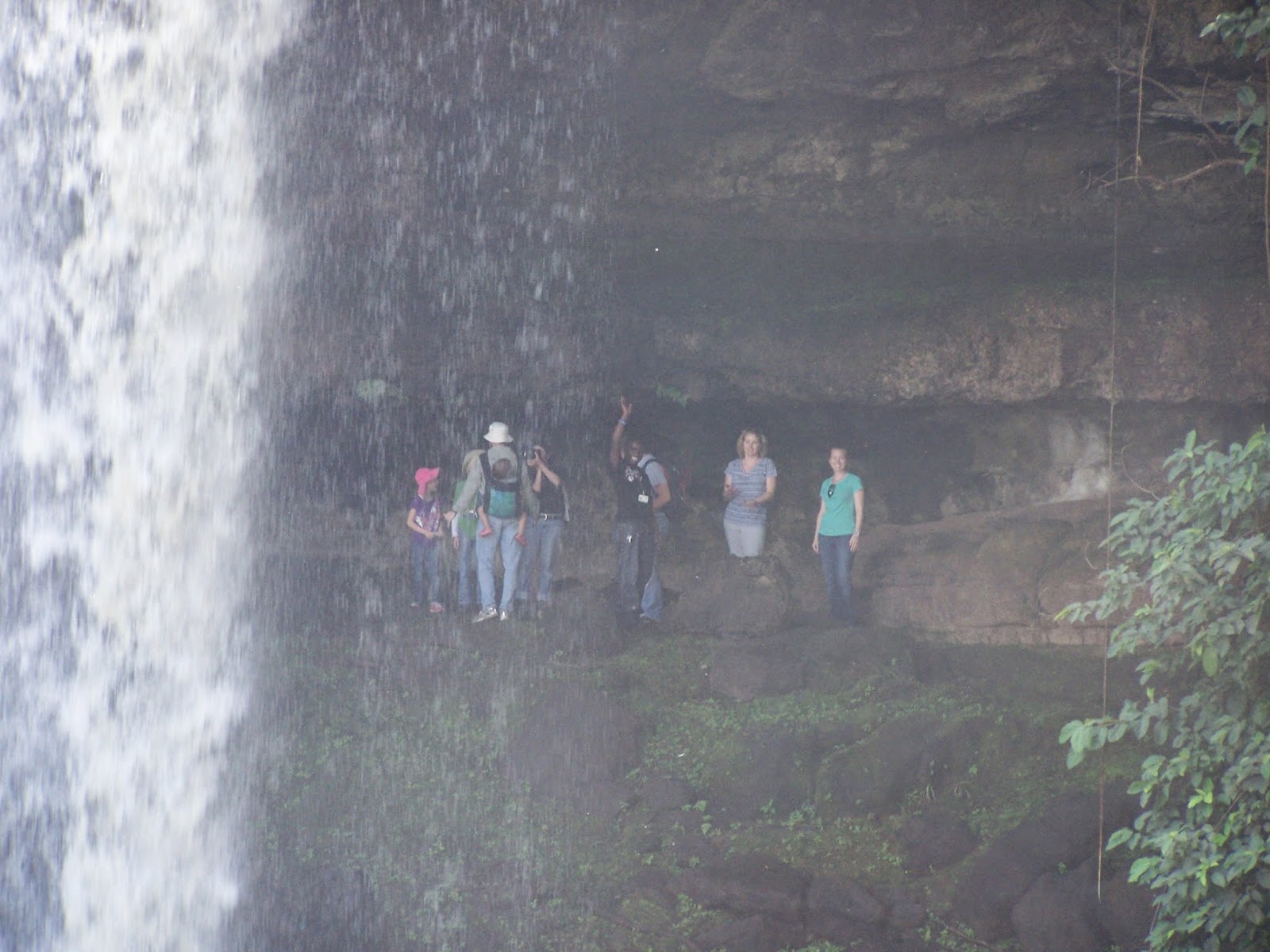 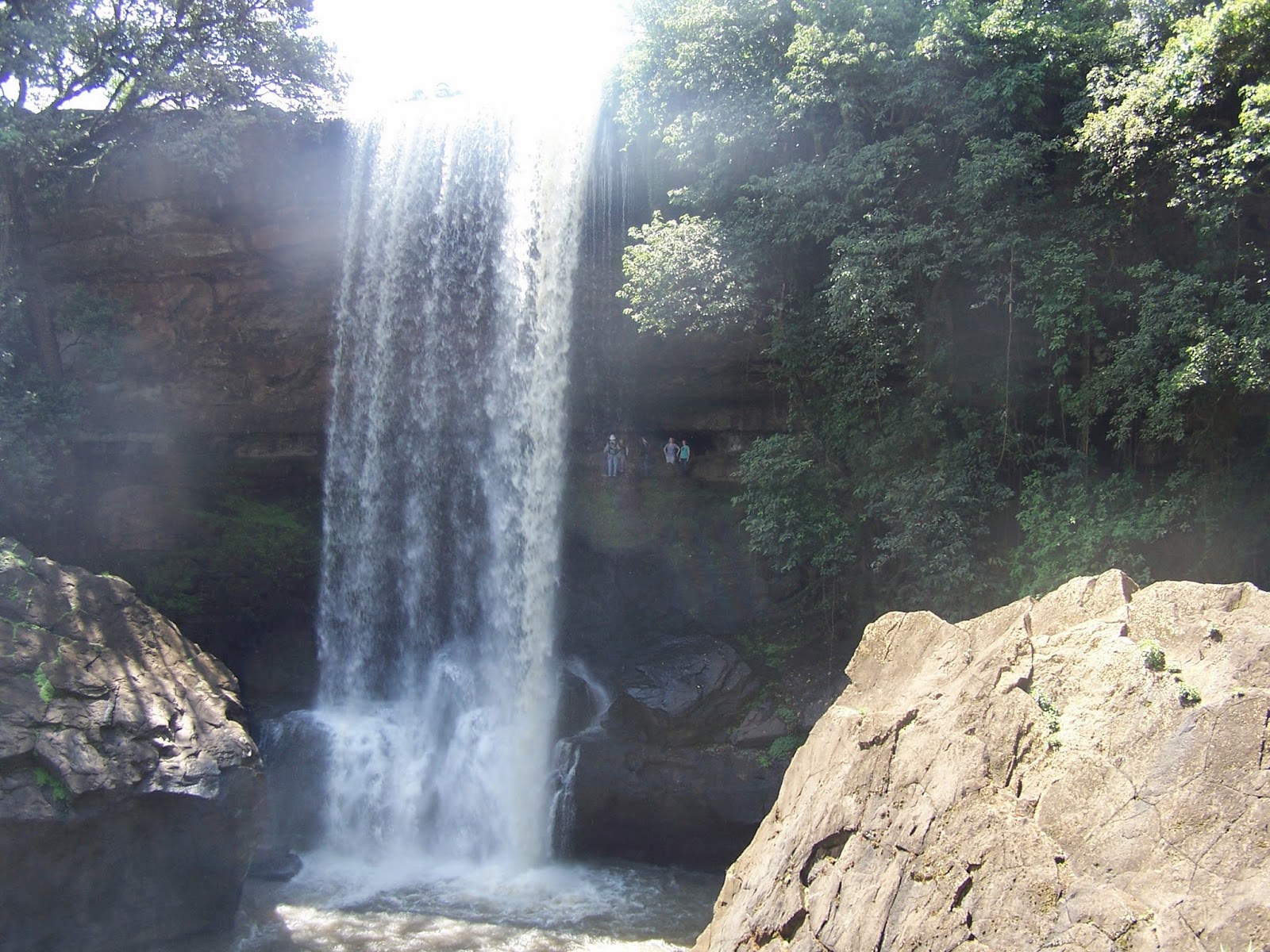 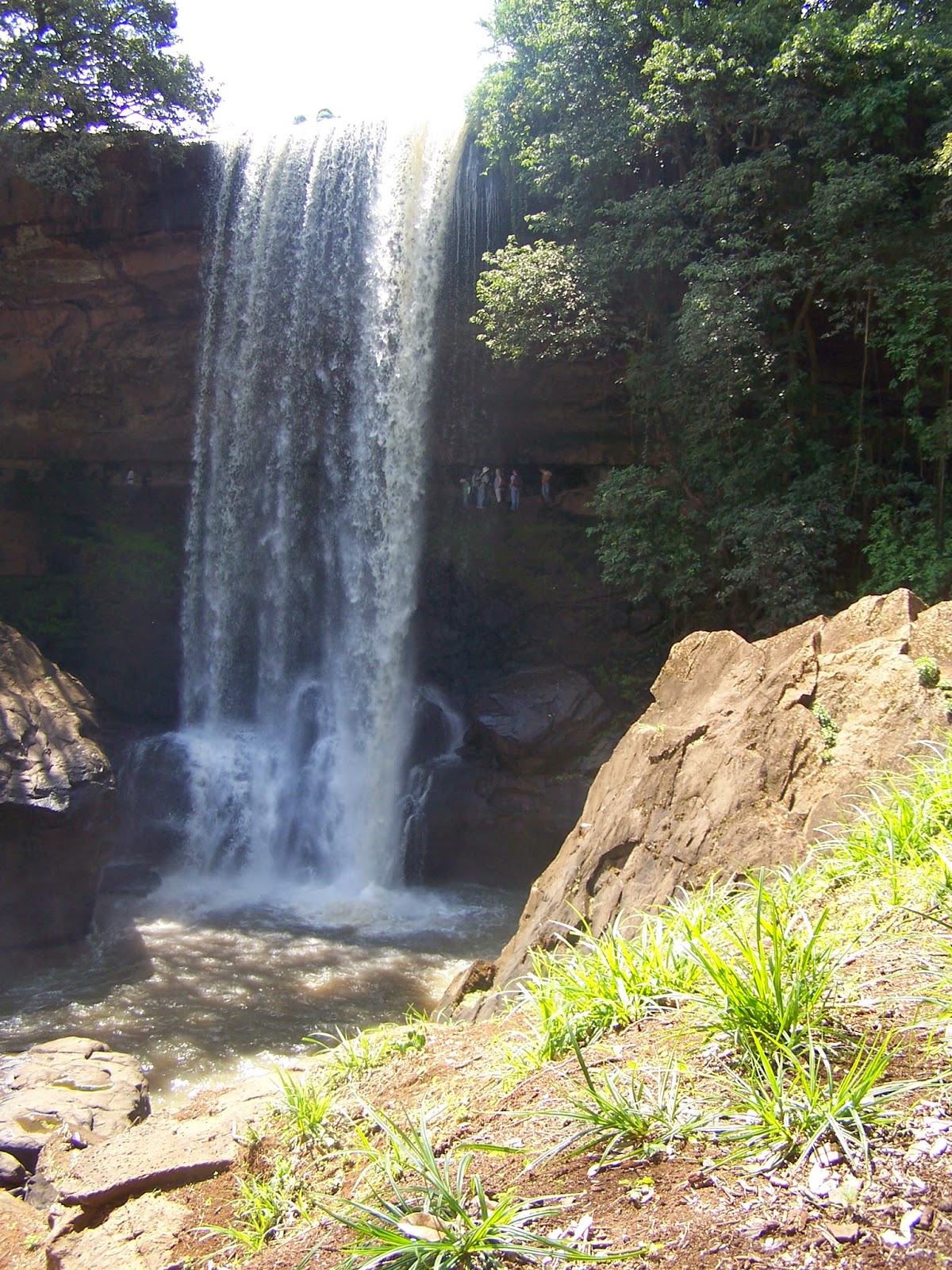 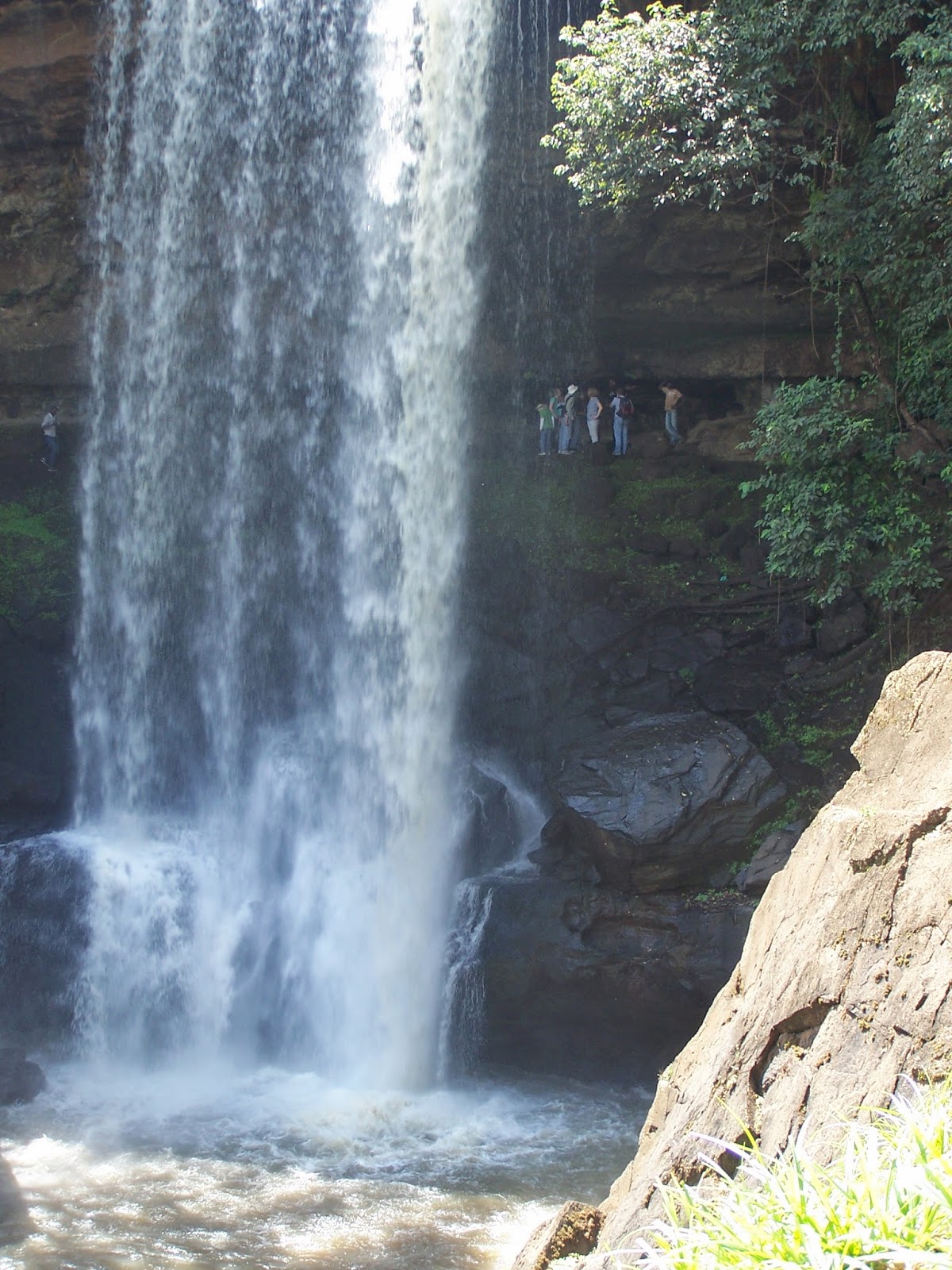 Somehow Max got them all safely behind the falls and then back to me again.  Gigi and Captain E had a great time back there and were super excited to tell me about how cool the water fall was.  Cheetah got a little angry when they stop moving to take pictures but settled down pretty good after they got back and she was allowed out of the carrier.  Dr. J said it was neat but that it was a little slippery in places.  Our friend Mo told us later that people have actually slipped at these falls before and been seriously injured or died.  This is information I'm glad I didn't have at the time although I remember thinking while I was watching them take pictures that if one of them slipped and went down that they would really struggle to get out from under that pounding water.  Scary!  Peach and I had fun playing tic-tac-toe in the dirt.  This girl is just so easy going and friendly.  I really enjoy being her mother.  That being said, a little Peach story for you, today she was in a grouchy mood and at one point said to me, "I'm not going to be your sweet little baby anymore, I'm going to be a grouchy big girl."  Well alright then. 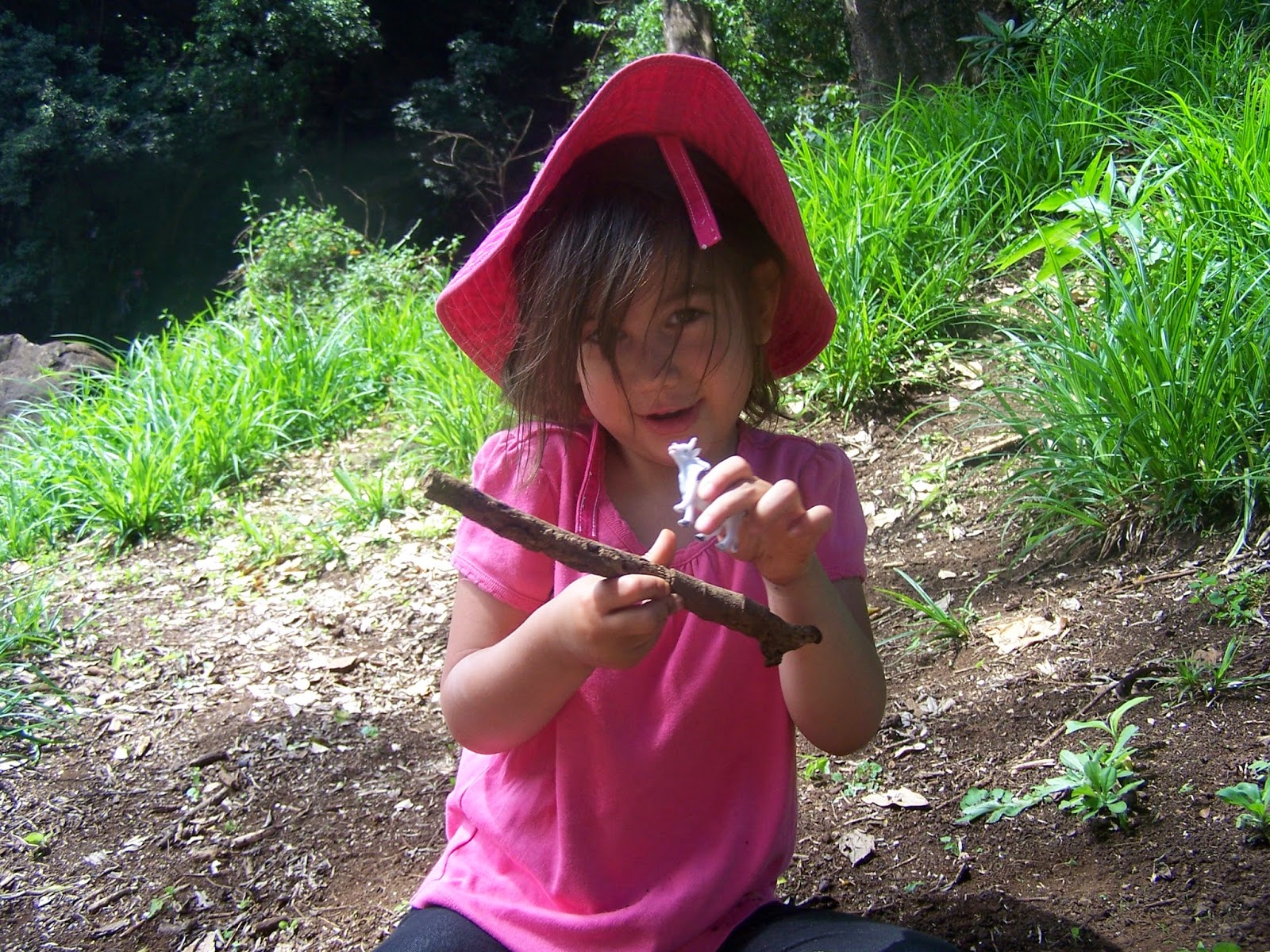 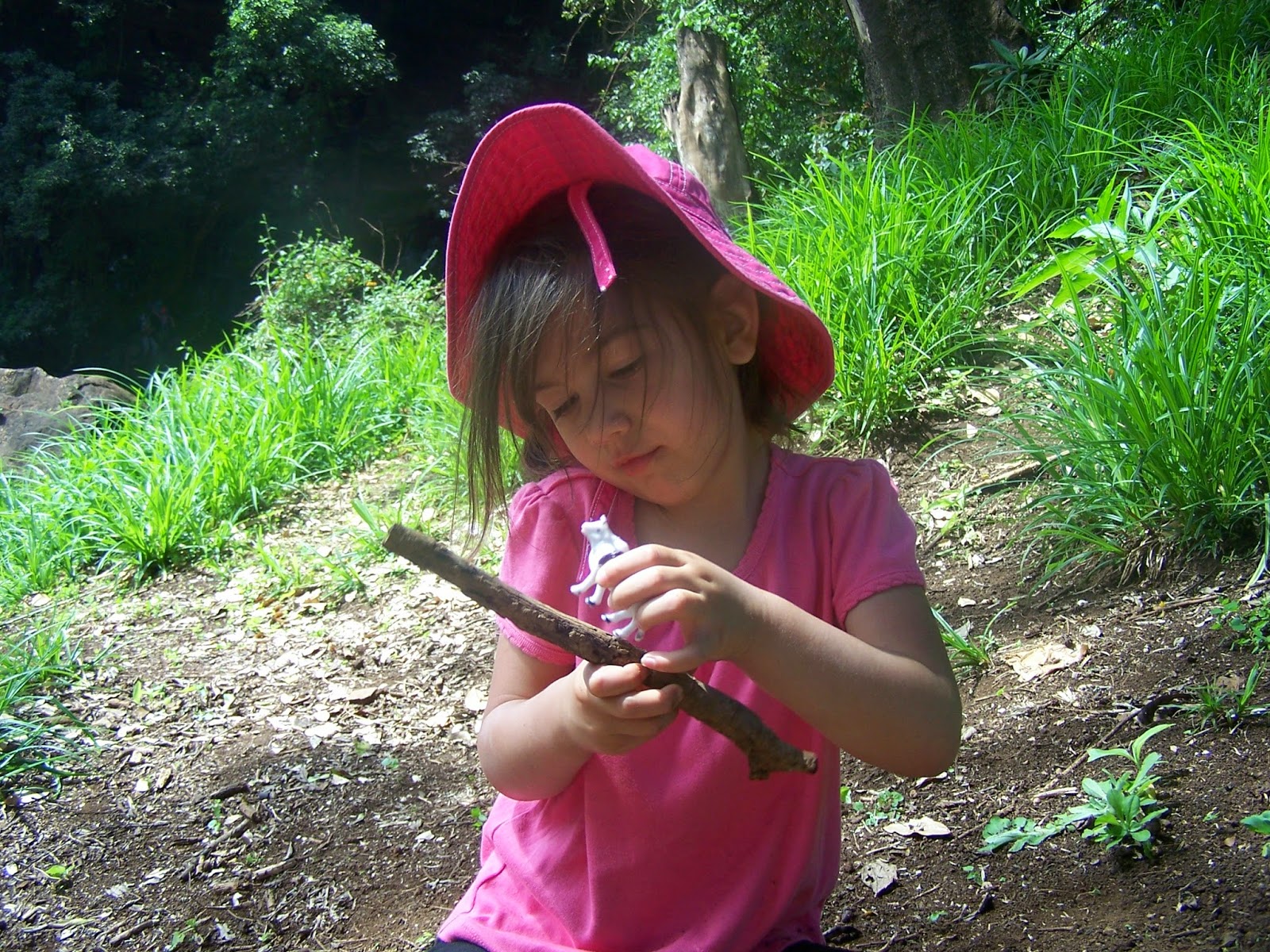