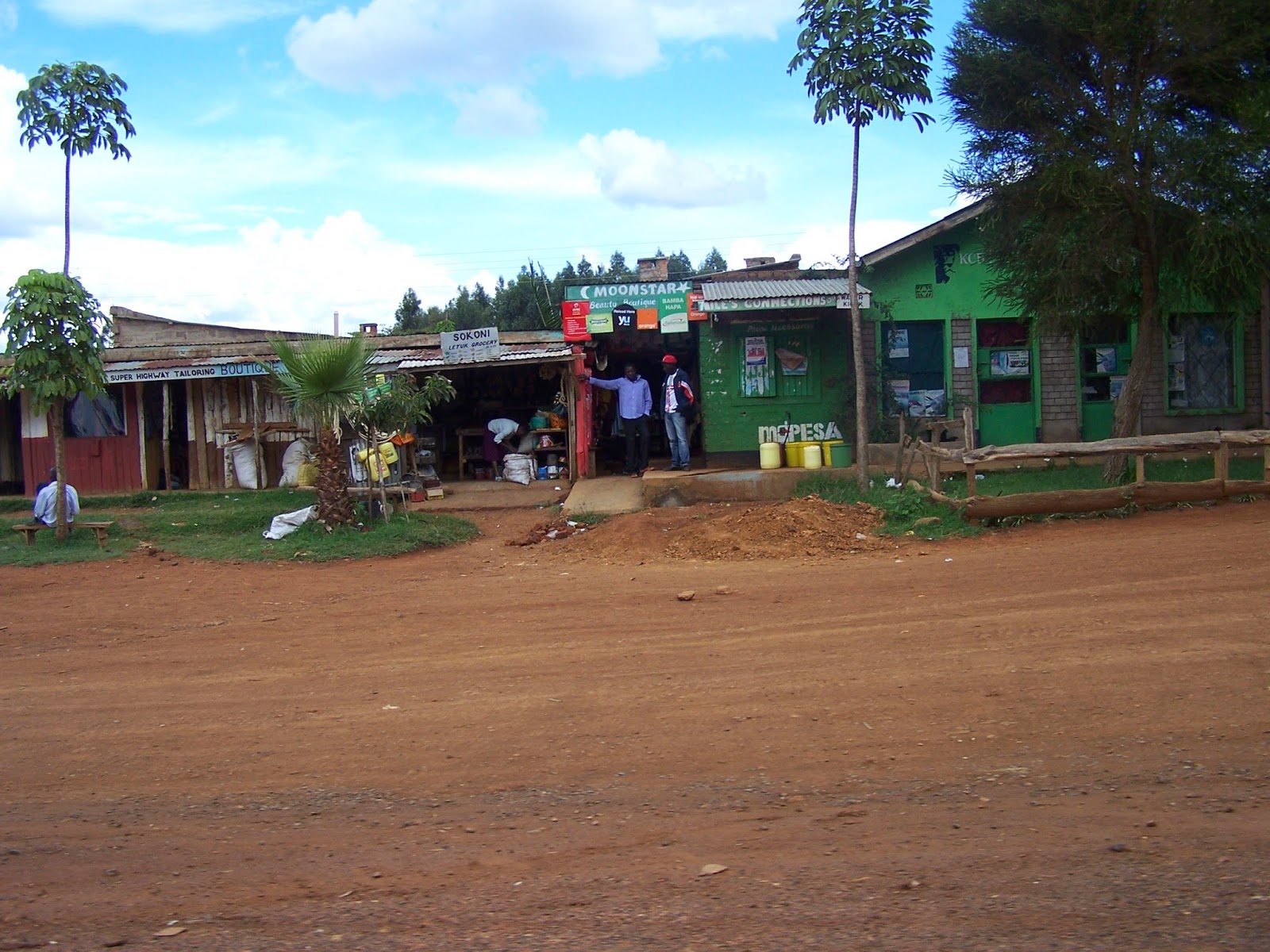 Often Dr. J will say, "there are definitely differences but so much around here just feels like being in Mexico."  For those of you who don't know, Dr. J served a two year mission on the Yucatan Peninsula in Mexico.  It was a life changing experiences for him.  Previous to that time he had thought about going into politics or policy, after seeing the great needs of the people there he decided he needed to do something with his life where he could travel and help people with immediate needs like the wonderful people he met on his mission.  And so here we are now 17 years later and while we drive some of these roads Dr. J says, "This just feels like Mexico to me."  Within the city itself there is some wealth.  We happen to live in a quite nice compound, and I've heard that there is a decently sized middle class here, there must be because otherwise these grocery stores could not stay in business, but as you leave the city and move out into the rural farming communities you start to see smaller and smaller buildings. 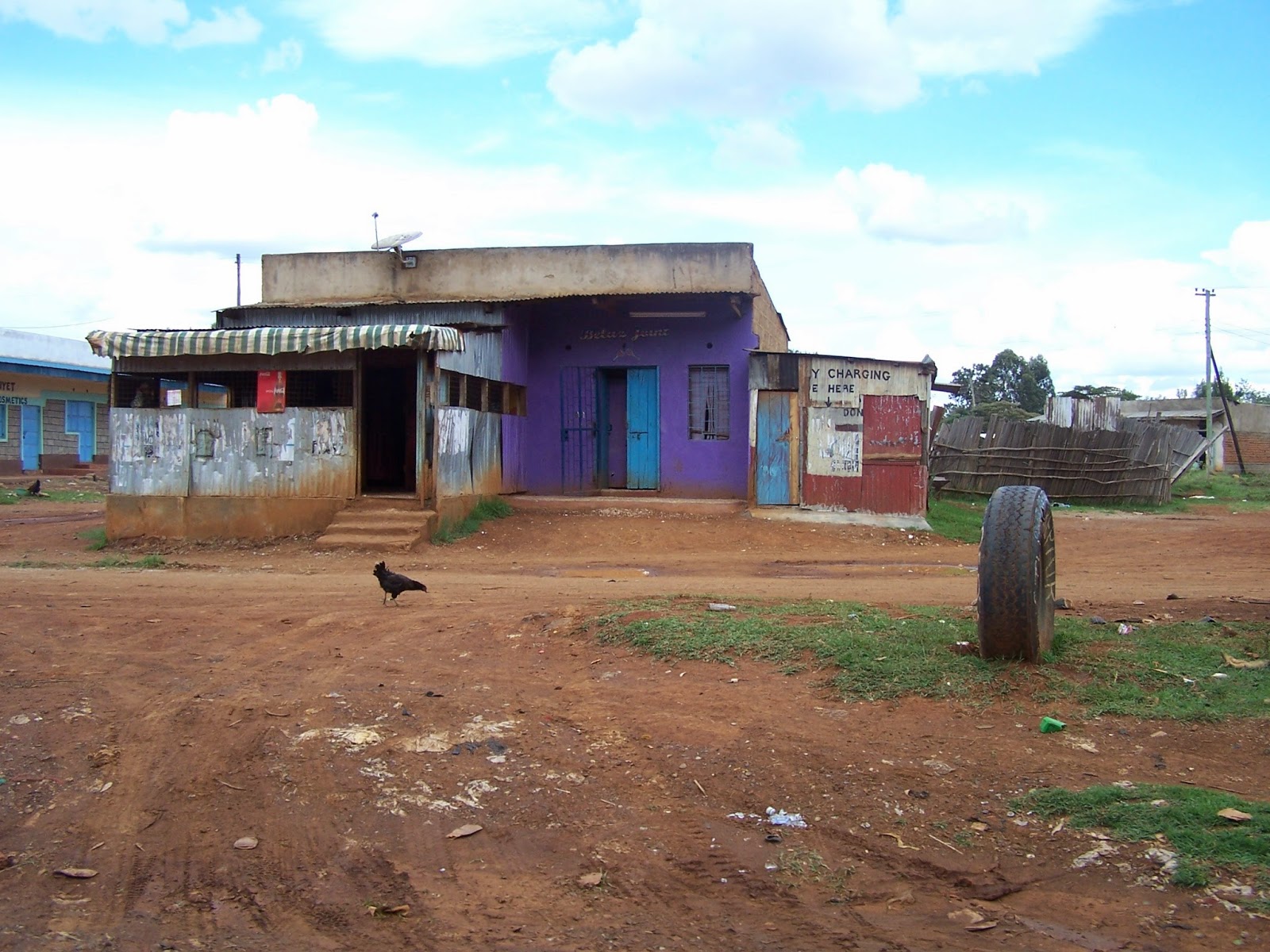 All the highways leading into the city are lined with these colorful stores and business.  Sometimes they are made out of adobe and concrete, some of the smaller ones are just wood, or corrugated tin.  Dr. J likes to point out every time we pass by a butchery/motel.  Something about that just doesn't feel right :)  There are lots of hair salons where you will see a group of women sitting outside braiding other woman's hair.  On one of the main highways you find all the saw mills, woodworking shops, furniture builders, and welders.  They work outside so as you pass you have to roll up your window unless you want a mouth full of saw dust.  There are phone scratch card huts everywhere.  They usually only fit one person and our made out of the rough wood painted green.  Scratch cards are a huge deal here.  Very few places take credit card, carrying large amounts of cash can be nerve racking, but people can put money on their phone via the scratch cards and can then use it to make phone calls, get on the internet, or actually transfer to businesses like using a debit card.  Cell phones are a huge deal here.  This is a place where the expense and time to put in land lines is just not going to happen.  That step has been almost completely skipped here.  Meanwhile almost everyone I've met has a cell phone.  They are fairly affordable and my next door neighbor Claire (the AMPATH surgery director here) told me last week that she spends about 12 dollars a month for phone and keeping her Ipad connected to the web.  That is in comparison to to the almost 150 dollars her husband and her were spending in the US to have internet and data.  People of the US we are getting ripped off.  The fact that your phone company, cable company, and your internet company are all the same company and there are only like three choices is not serving us well. 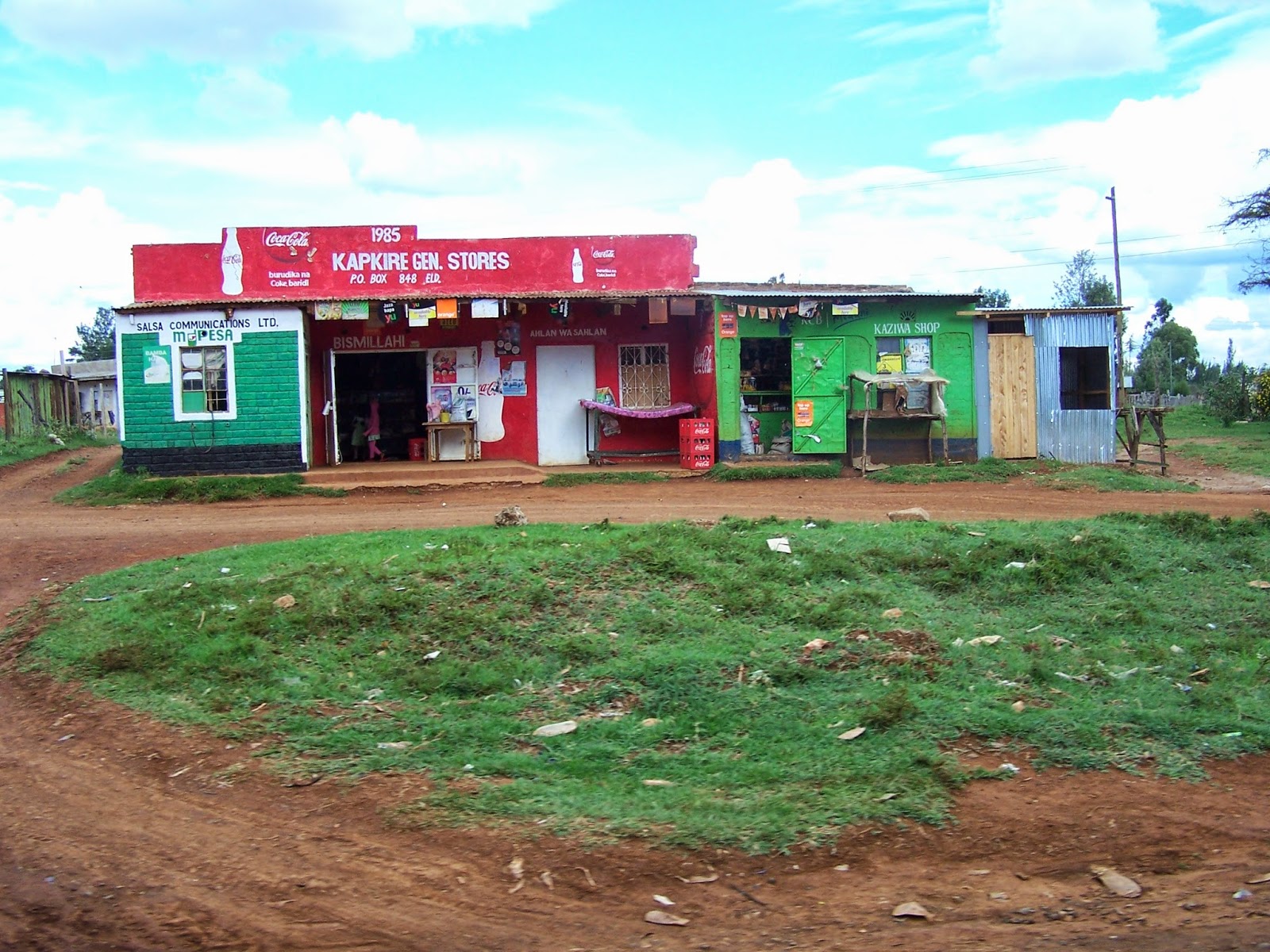 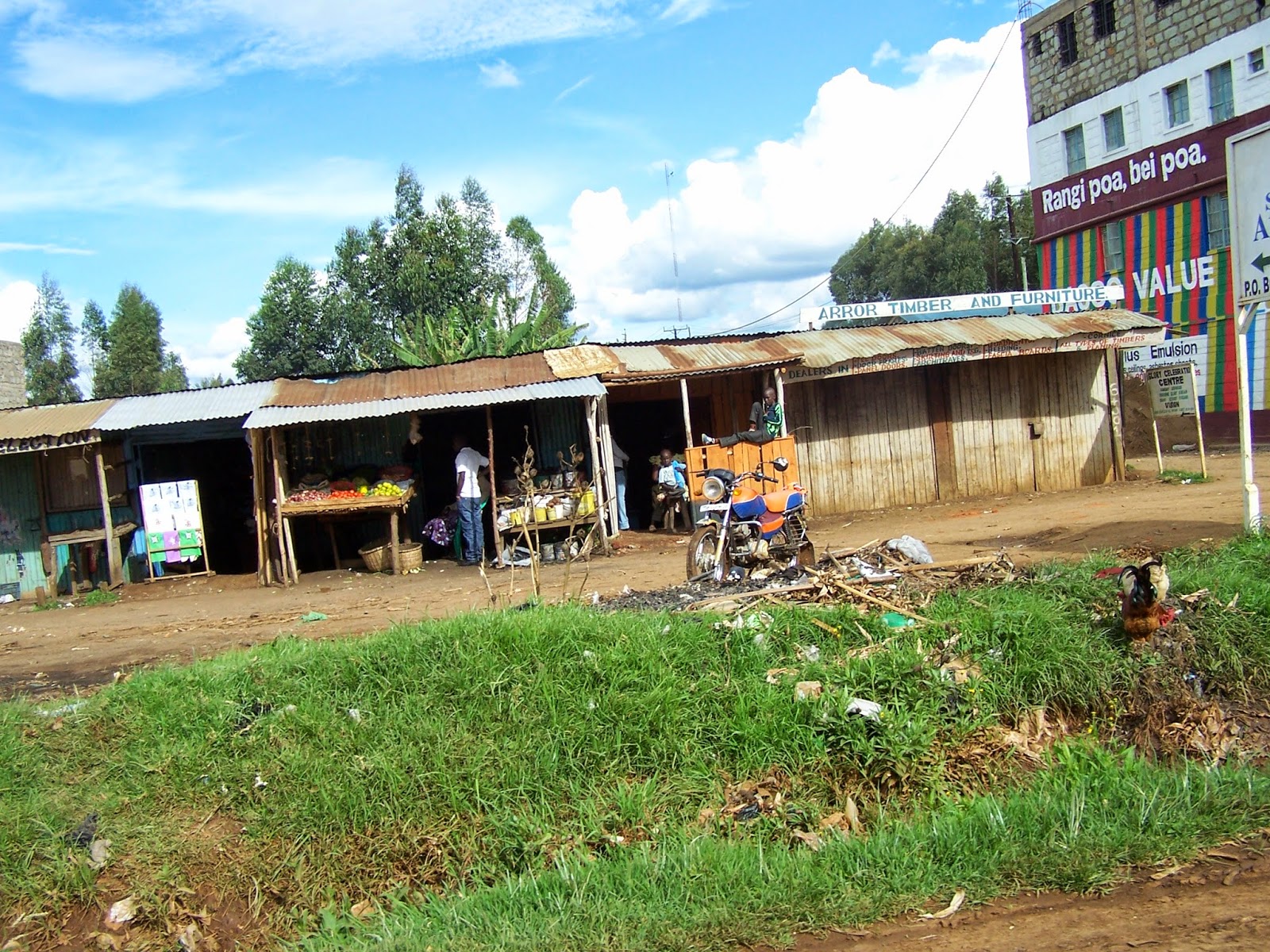 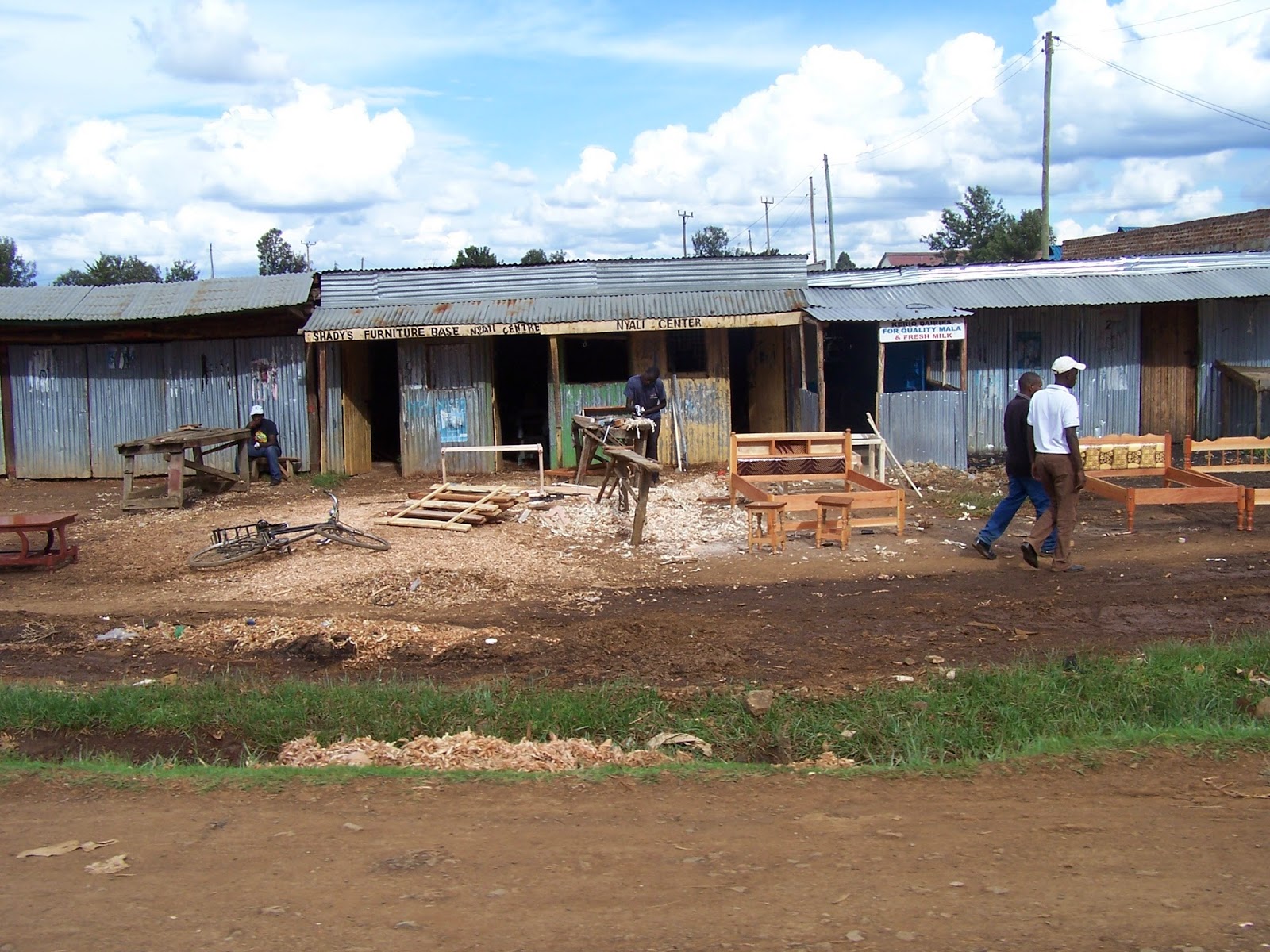 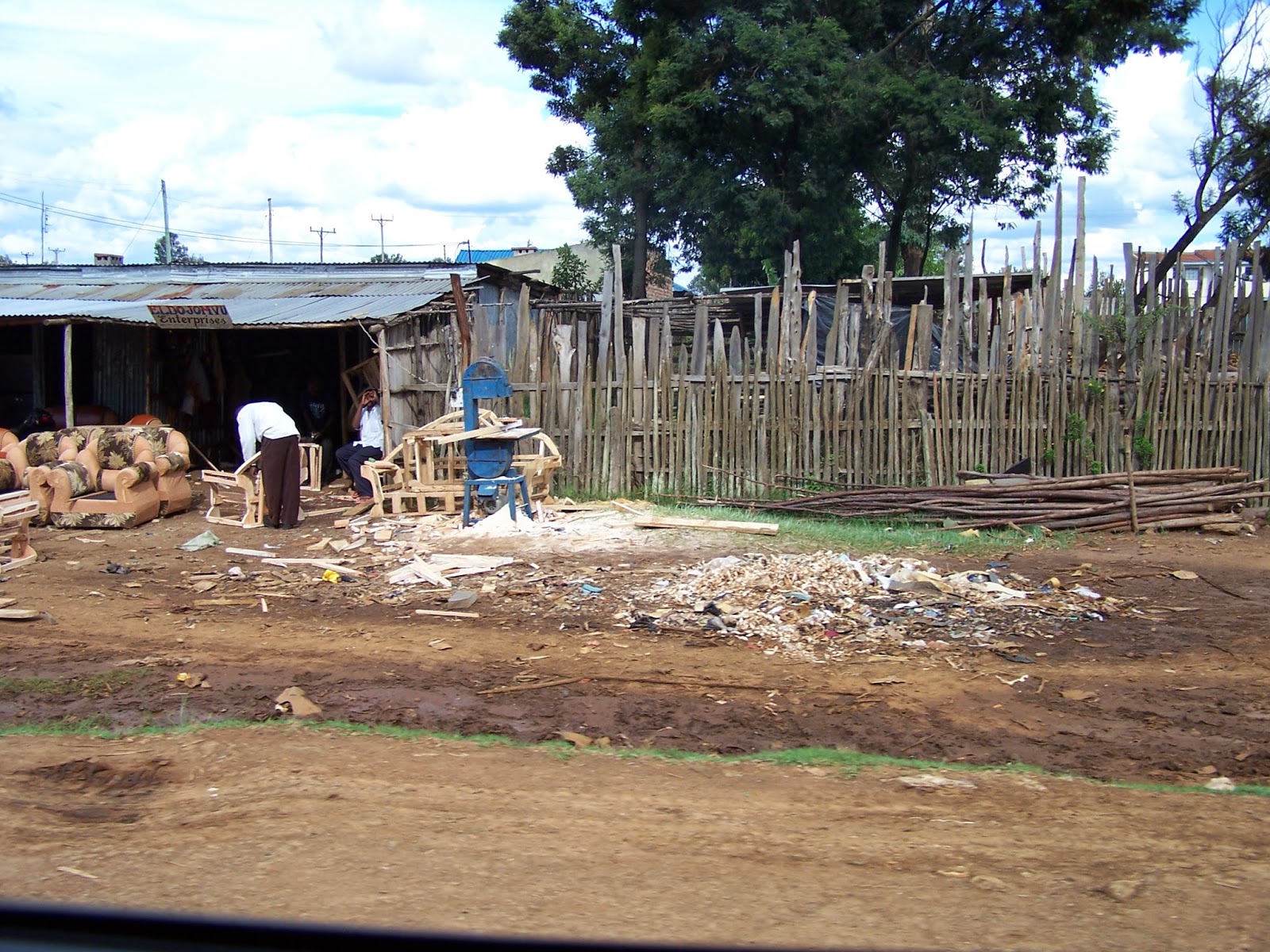 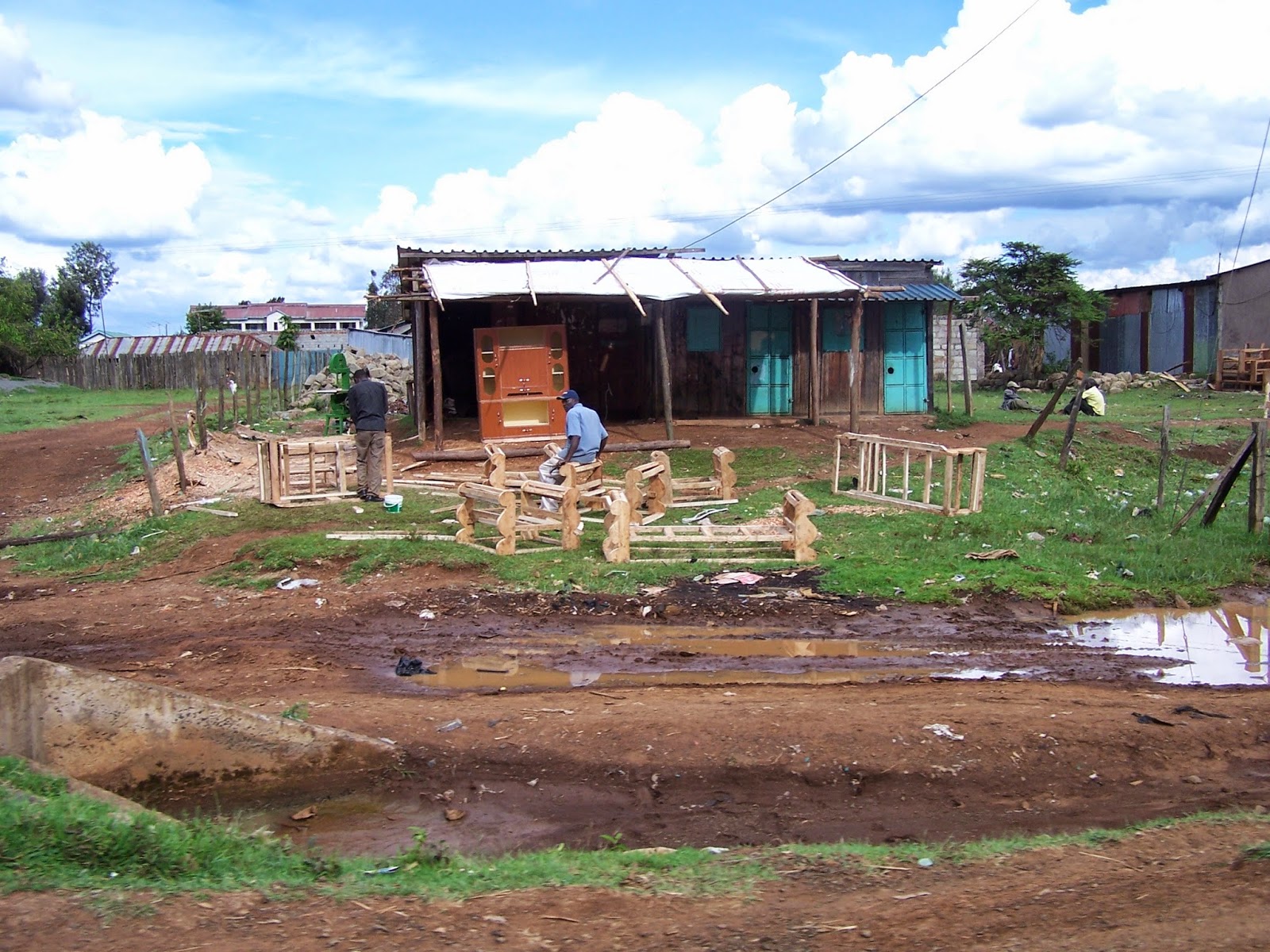 Speaking of Claire and phones, her husband and I were chatting at lunch today and he told me that last week they launched an insurance company that they'd spent the last 14 months developing for the government that was almost entirely phone run.  In Kenya something like 80% of the population has no health insurance.  It is detrimental when people become sick.  Here if you can't pay, you don't receive services.  If you need an x-ray, you have to pay first.  If you need dialysis you have to purchase your catheter before they can start you.  If your doctors need a CT, an EEG, an Echo, an EGD  to help diagnosis you, you have to pay for that first before you can receive it.  There are some medicines that the hospital has that have been donated from the US, but let's say you need Maalox, hyper-tonic saline, Miralax, your family has to run out to the pharmacy and pick those up before you can receive them.

A few days ago one of Dr. J's patients needed platelets.  The hospital had none on hand so he and nine other residents and students ran down to the lab to donate blood so he could get some.  If you need a procedure or surgery done you pay first.  You also can't leave the hospital until you pay and so sometimes patients are stuck waiting for money to be earned by family before they leave.  Sometimes it is even sadder than that.  Jill, the pediatrician we live with, was telling me that in the peds ward they have the Sally Test Paediatric center, a place where they give extra care and love to children who have been abandoned at the hospital by their parents because they have conditions their parents just can not afford to pay for.  This is of course is heartbreaking for everyone, but I don't want you to think it is all bad.  The Sally Test Center does their best to help these children and they also give as much support, information, and love as they can to other pediatric patients and their families.  I'm hoping that I'll have the opportunity to do some volunteer work there before we leave.  Anyway back to the insurance story, Tyler was telling me that the insurance they developed is mostly done via your phone.  You sign up on your phone, you make your payment on your phone using scratch cards, almost verify at the hospital using your phone.  Almost anything you need to do you can do with your phone.  Imagine the implications of a technology like that in a country where so few people have insurance but so many people have a cell phone.  They are hoping that with the ease and affordability of the plans they can get more people to sign up, their goal, a million people a year for the next three years.  Insurance isn't a cure all for all the needs here but it would definitely relieve some of the strain a lot of these families and are under.

Sort of an amazing idea if you ask me.  Our phones at home are so amazing but I'd say 90% of all that amazing (at least in my case) is used purely for entertainment value.  I'm excited to think that maybe someday we'll be able to do more of our household things via or phones, like pay for our insurance, and schedule appointments with our doctors, and get kids report cards.  I mean cell phones aren't going anywhere.  Might as well take advantage.  By the way this is one of the things I love about being our here, I spend so much time surrounded by people both from the states and from here who see needs all around them and are trying to find solutions to fill them.  There can be frustrating moments.  Jill likes to say being out here is like being on a roller coaster.  Sometimes you ride the high of feeling like you are really making a difference here, sometimes you ride the low of feeling like the needs are too great, resources at a scarcity, and you are inadequate to meet the challenge.  There have been doctors from IU and other hospitals working here for 20 years and they have made amazing strides.  It is hard to imagine what it was like before they got here because I know they have done so much.  Even now though there are still so many needs.

At dinner a lot of times the residents will decompress.  Sometimes when they come in they look like they've just come out of a war zone.  "We need nurses and hospital administration staff to come out here to share their expertise with their Kenyan counterparts.  We need medications. (they often find themselves going to their third line choice or not having anything at all).  We need three ring binders to keep tract of our charts (right now they are just lose pages tied together with string).  We need a white board to know who is on call."  A few days ago Dr. J said, "We need gauze."  Often the floor is covered in vomit, pee, and saline.  It eventually gets taken care of but certainly not in a time line that would be considered appropriate in the states.  On that particular day one of Dr. J's patients who had been puking for hours tried to get out of bed to go to the bathroom, he slipped in the mess on the floor, fell and split his chin.  They looked everywhere for something to bandage him up and couldn't find anything, not even gauze.  Ironically here at the compound in my first aid kit we had both butterfly strips and gauze.  Dr. J says, "I wish I could do more, that I could do better for my patients."  I know it is a thought echoed by most of the physicians here.  One of our friends, another med/ped resident who is on the peds side right now was very upset a few days ago because she'd had to beg and plead to get platelets for one of her kids.  Then the nursing staff accidentally gave them to someone else.  "How can I go back to the lab and ask for more," she said.  "It was so hard to get the first dose."  It can be frustrating, but I think we all definitely feel like it is worth the effort and hope that we can stay enthusiastic and blessed so that we can be an instrument for good where ever we go.
Posted by Glenda at 1:04 AM