When I Feel Sad

Here is a super weird thing about me, I love the way my husband smells.  It goes beyond just thinking his cologne or body wash smells good.  I actually have a chemical reaction to the way he smells.  If I'm feeling stressed out or upset and I give him a hug and take a deep breathe by him I can actually feel a chemical release of oxytocin in my body settling me down.  The same applies to my babies.  I don't know how long this last for because as my children get older they of course don't want to be held in a crazy mom embrace until she calms down.  It just isn't cool when you are 13 but for now I still have Mr Squish and at 14 months it definitely still works with him.

I woke up so sad this morning.  It feels like there is nowhere safe anymore.  In just the last month we've had the shooting in Las Vegas, the van attack in New York, and the shooting now in Texas.  Only one of those attacks came from some outside force.  The other two came from within.  I've traveled in the Middle East and I've traveled to Africa.  I've been places where terrorist attacks are not uncommon, places that at the time my mother was extremely nervous about me taking my kids.  I'd be lying if I said I didn't have my own worries about being there but the interesting thing is when I was overseas and told people I was from the US they'd say, "Oh but it is so dangerous there."  It is the kind of comment that you'd brush off thinking, "good grief look at your own country," but you know what, they are right.  Just because we don't have Boko Haram doesn't mean things are safe.  The wars of my childhood and adult life have been far overseas.  I had exposure to them because of the news, because of 9/11, because my father was shipped overseas to fight in Iraq II, because my cousin's husband died in Afghanistan but because so few of my friends and neighbors had personal connections, because I was asked to make no sacrifices, because it was contained to a relatively far away place I was able to put my blinders on and feel like I was living in a very safe time.

It hit me yesterday though that maybe this is just the human condition and my feeling of safety is just an illusion.  Maybe we just suck.  Sure I don't have to worry about vikings, about colonizers, about current Major World Wars with drafts that will steal my children but we do live in a time when some guy whose motivations are unknown can kill 60 people.  When a person angered at their mother in law can walk into a church and kill 26.  Children aren't safe at school, at the movies, at concerts, or at church.  Maybe they never have been.  I don't have any great answers.  I don't know how to make this stop.  I do know though that just putting our heads in the sand, that typing thoughts and prayers is not going to get us anywhere and yet I get the sentiment because this morning when my heart hurt thinking about those children and parents who died I held my baby and I took deep breathes of his sweet baby smell and it made me feel better.  When are we going to say enough is enough?  If mental health is the issue then by all means lets do something about it!  Let's stop kicking the can down the road and then acting shocked when nothing changes. 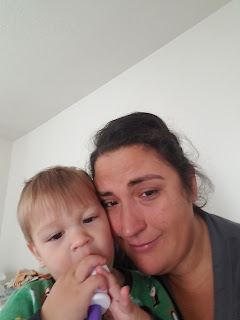 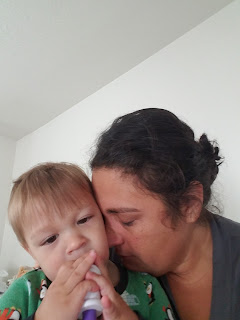 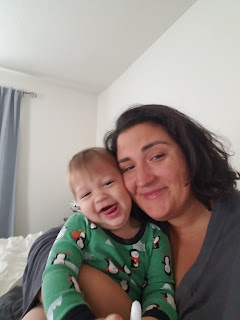