So these are some of the shots Corrine took on our Nakuru-Hell's Gate trip.  She has a super nice camera and I was insanely jealous of the shots she got on our safari.  I didn't want to steal every picture she'd taken though so I just grabbed her shots of us.  I hope you enjoy them and I hope Corrine you don't mind that I stole them :) 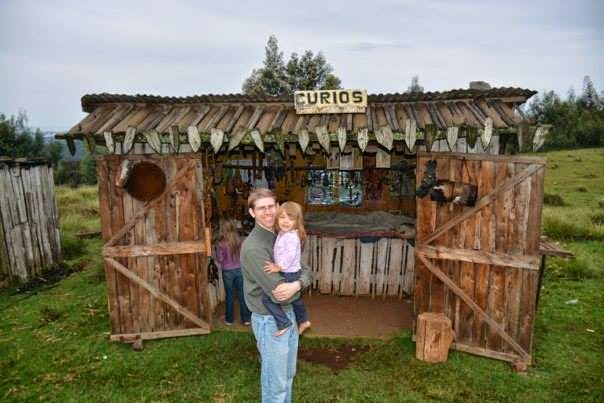 Dr. J and Cheetah at the Curios shop at the equator line.  They had some super nice stuff there.  unfortunately no one was manning it so we didn't buy anything there. 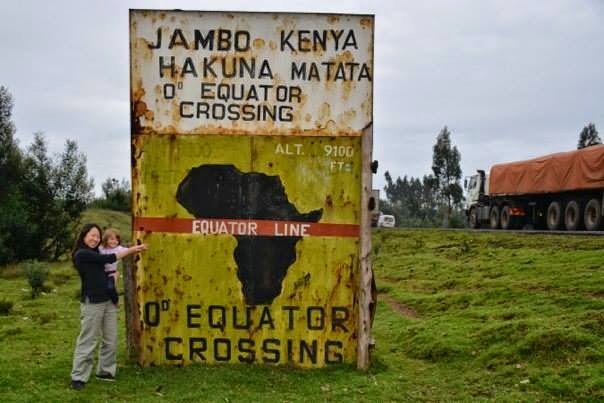 Cheetah and Corrine pointing at the equator. 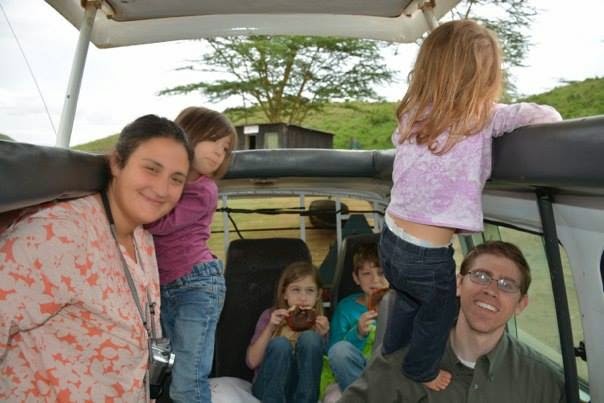 This is what Safari looks like with a family, kids hanging out of the car, parents being jostled everywhere, donuts flying all our kids faces...it was a blast. 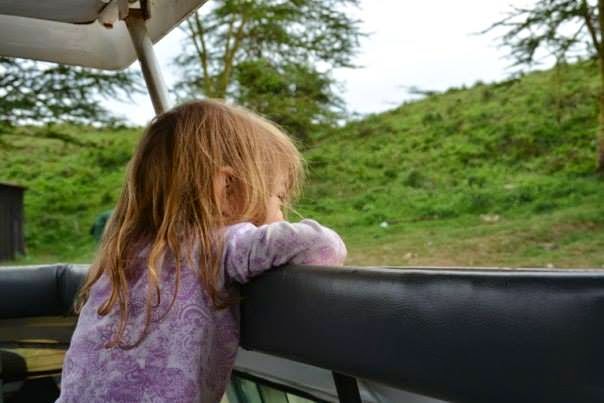 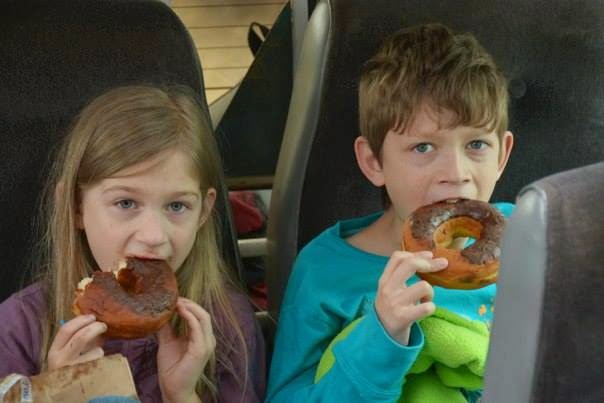 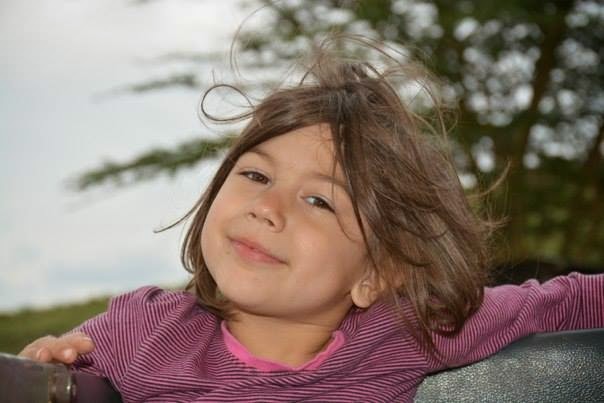 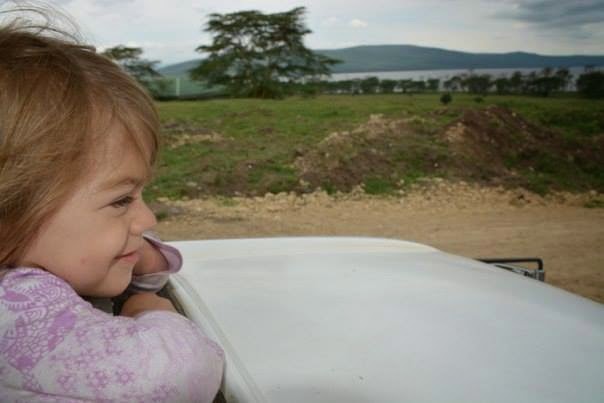 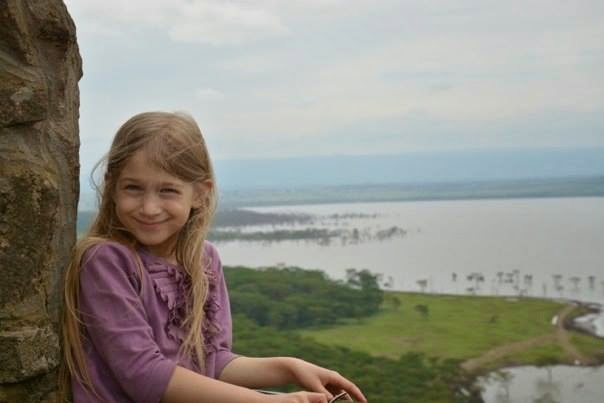 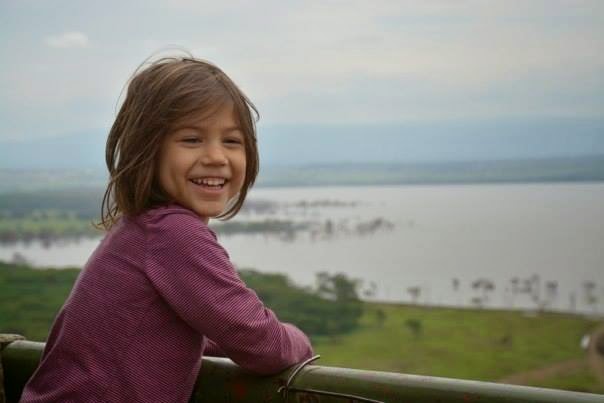 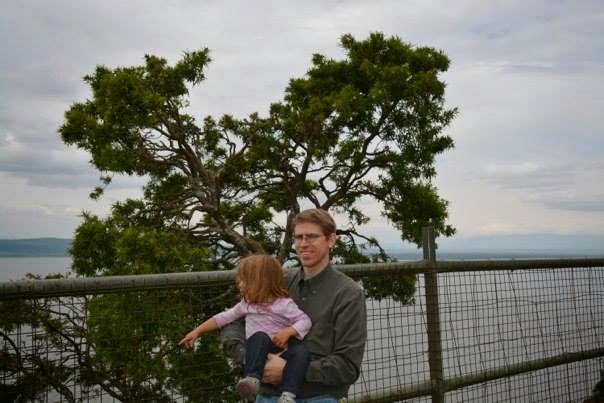 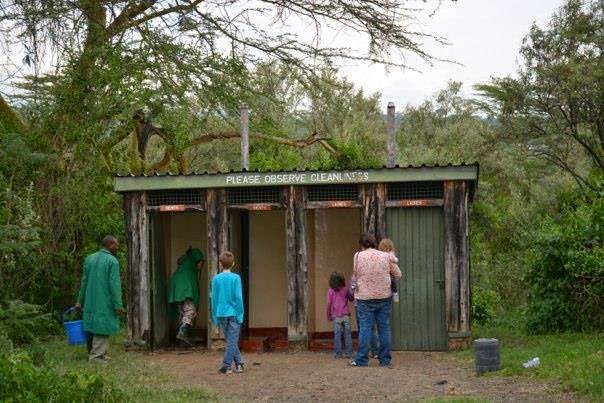 There were bathrooms at that point.  All the kids said they wanted to go until we got to them.  Hello sqwaters and I think in the boys case it was actually just a hole in the corner.  I guess the one nice thing about these type of toilets is they are easy to clean.  All you have to do is throw some water on them and then push it out the hole. 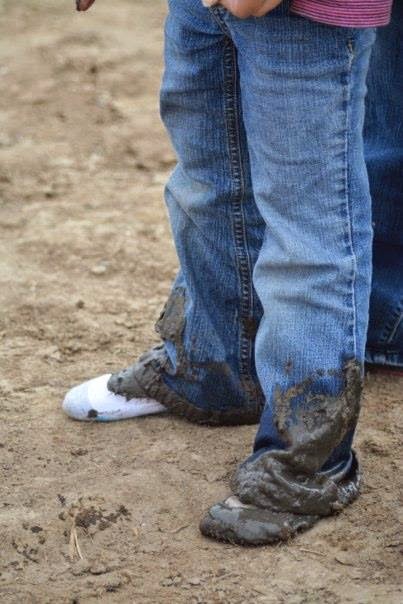 Peach's pants after she stepped in the hippo mud.  Good times to be sure.  One of her shoes was actually pulled off of her foot.  I had to grab it out of the sucking mud.  Dr. J decided to go down to the waters edge to rinse them off.  I kept imagining that scene out of Crocodile Dundee where the croc grabs onto her canteen, luckily he made it out with all his fingers. 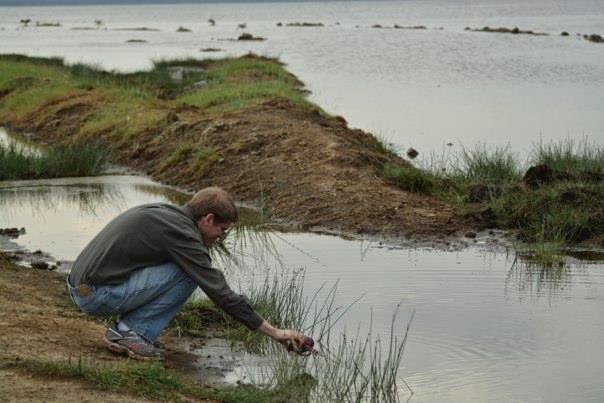 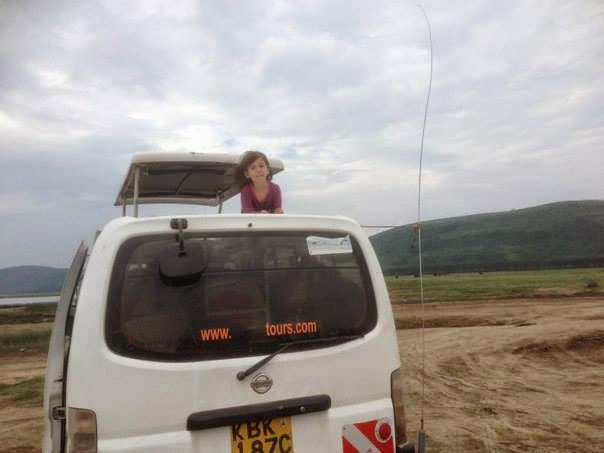 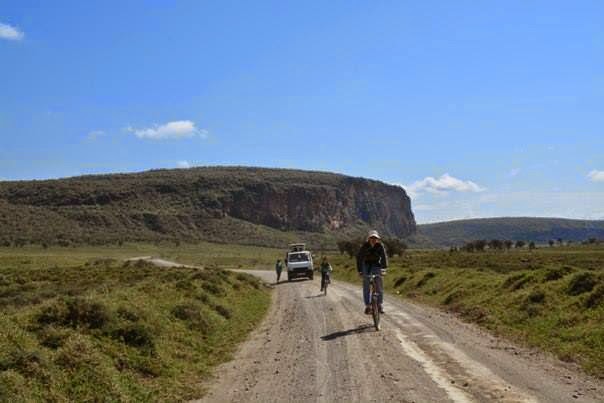 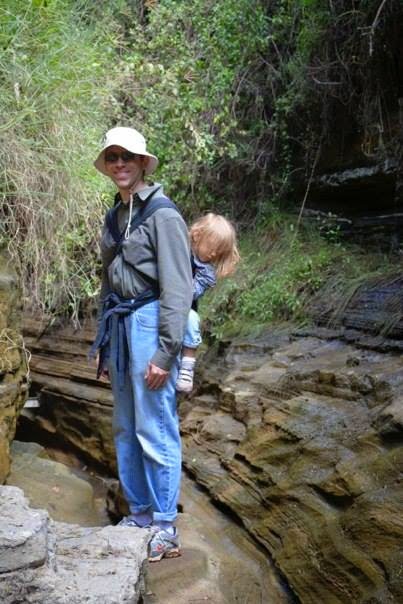 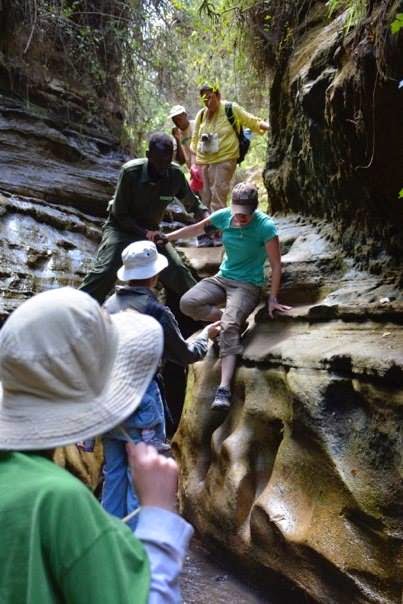 Part of the tricky part int he slot canyon.  At this point you had to actually step on the guides foot to make it down.  Can you tell on my face that I am freaked out!  Well I was but I did it without complaint. 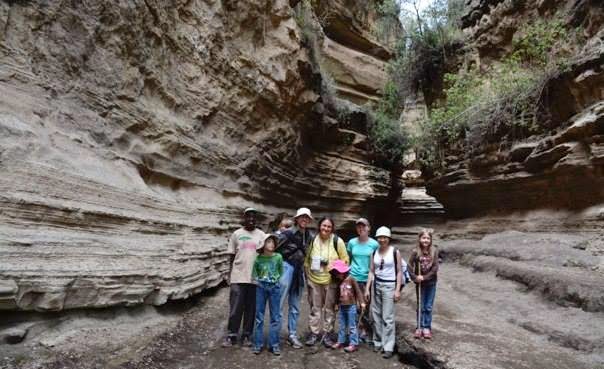 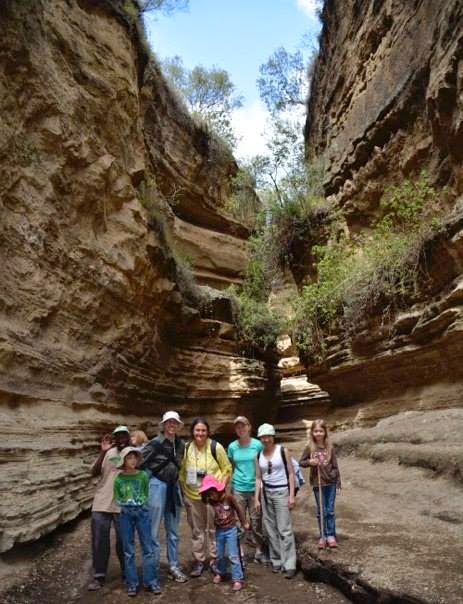 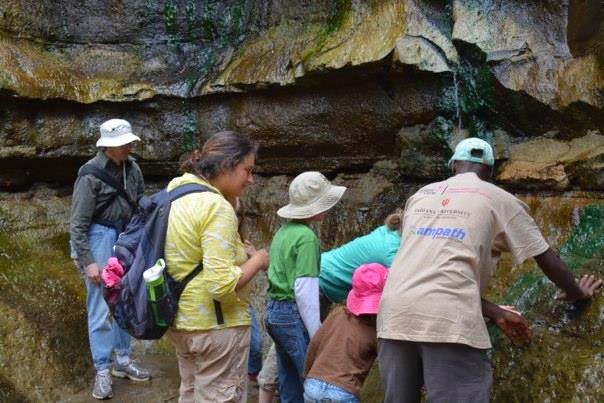 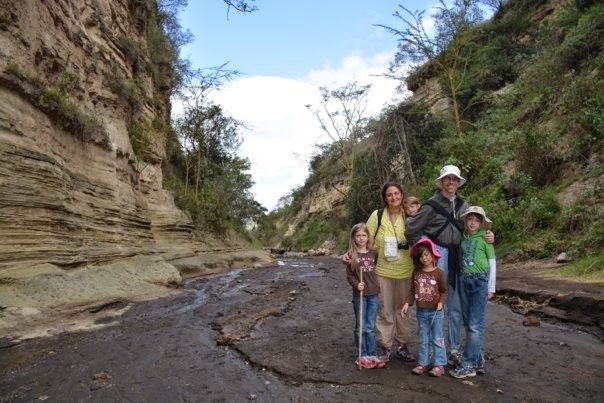 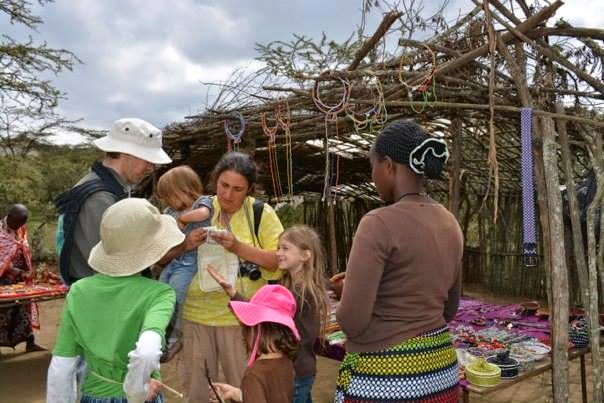