Safari is not for the slim in pocket book.  Seriously guys, it is so expensive, but for your cash people often stay in beautiful lodges or camp in some pretty sweet digs.  That being said when you're spending two months in country and your living on a residents salary sometimes you just need something a little cheaper. When we planned our first trip down to Nakuru/Navasha Kristin asked the guy who owns the taxi company where we could stay that would not break the bank.  He told her about this place called Camp Carnelleys.  They have bandas, places to camp, dorm rooms, and twin rooms.  The first time we went with Kristin we rented a full dorm room.  The door room had 8 twins beds, access to showers and toilets that were just down the path and it cost us only 6000 shillings or 71 US dollars.  We split that between the four adults, so it only cost us (me and Dr. J) 35.50 for the night.  The best parts about Camp Carnelley's are the lake, I mean it is right on the lake, just a beautiful spot to be and the restaurant.  We got there pretty late at night and we were lucky they had a place for us to eat.  The first night we got pizzas, they have a pizza oven there.  The beds were so/so and the bathrooms were a little rustic but the price was so great and the view so spectacular that when we went back down to lake Navisha we again stayed, only this time they were pretty booked so we ended up with their last two twin rooms.  They cost us 2500 a night...so not so cheap as when we went with Kristin, but still a great deal for the night.  The second time we were at Camp Carnelleys we spent some time out on the dock, you can take boat trips on Lake Navisha for 3,000 shillings.  This lake has hippos in it and we saw one actually get out of the water and stroll up to eat near the boats.  It was crazy how close it was and how huge it was.  Luckily the camp is fenced off from the lake with an electric fence that is put on at night and the path down to the lake is closed down.  I say luckily because late into the night we could hear the roar of hippos.  Hippos are seriously adorable but they scare me.  Hippos kill almost 3000 people a year.  They are extremely territorial and extremely fast.  I was grateful to know there was an electric fence standing between them and me.  That second night we got fish and chips, baked chicken, and nachos.  All of them were delicious!  If you by chance are ever hanging out at Lake Navisha I would definitley recommend Camp Carnelley.  Really for the price it couldn't be beat. 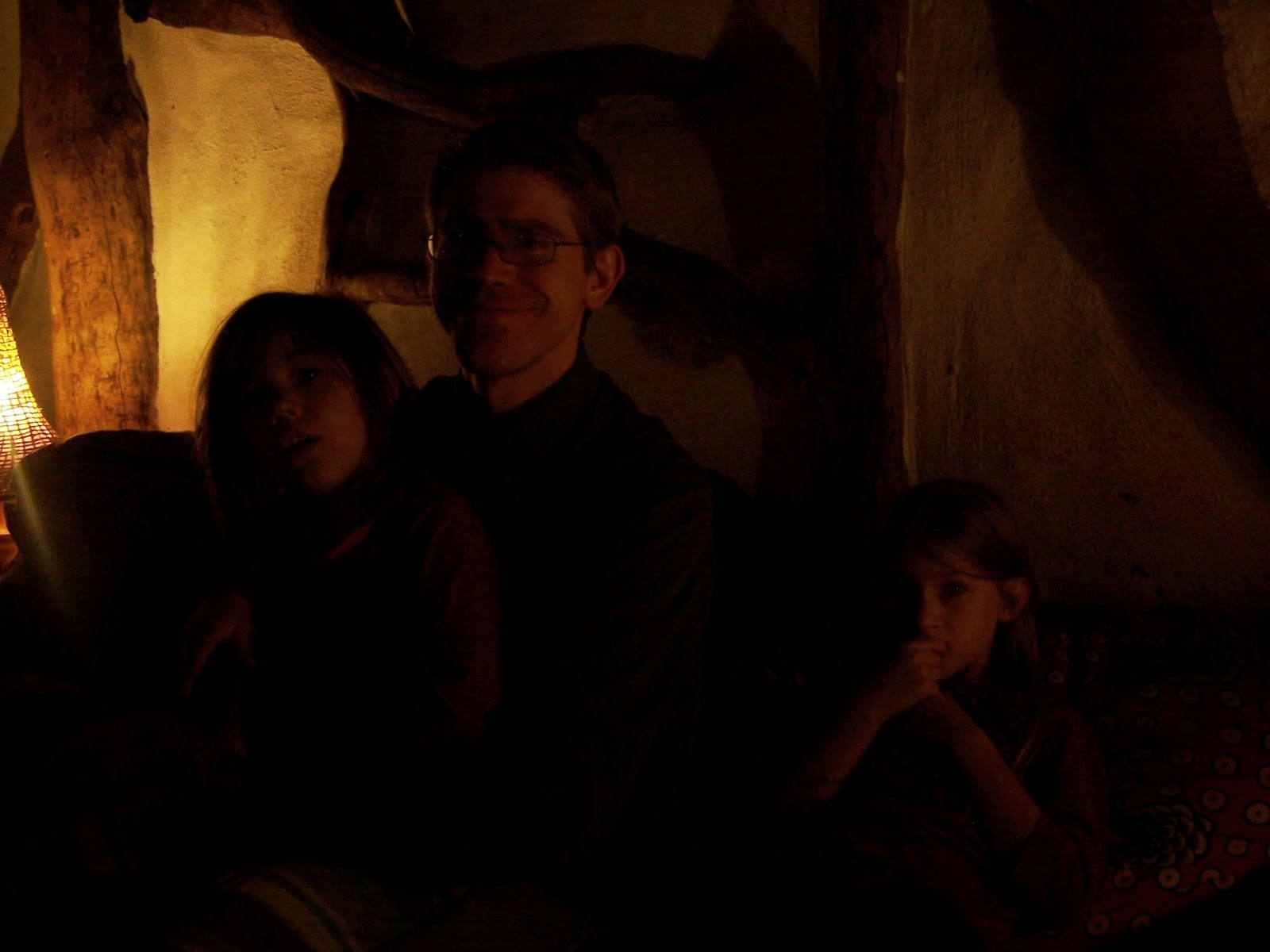 The resteraunt.  It is this big halfway open lodge with a roaring fire in the middle, a bar to one side, pool tables and darts to another and big comfy chairs and sofas everywhere.  It is pretty dark but the food is nice and you get to see an interesting mix of American and Europeans on Safari.  The first time we were there was during the world cup and people were crammed around tables watching the action on large mounted big screen tvs. 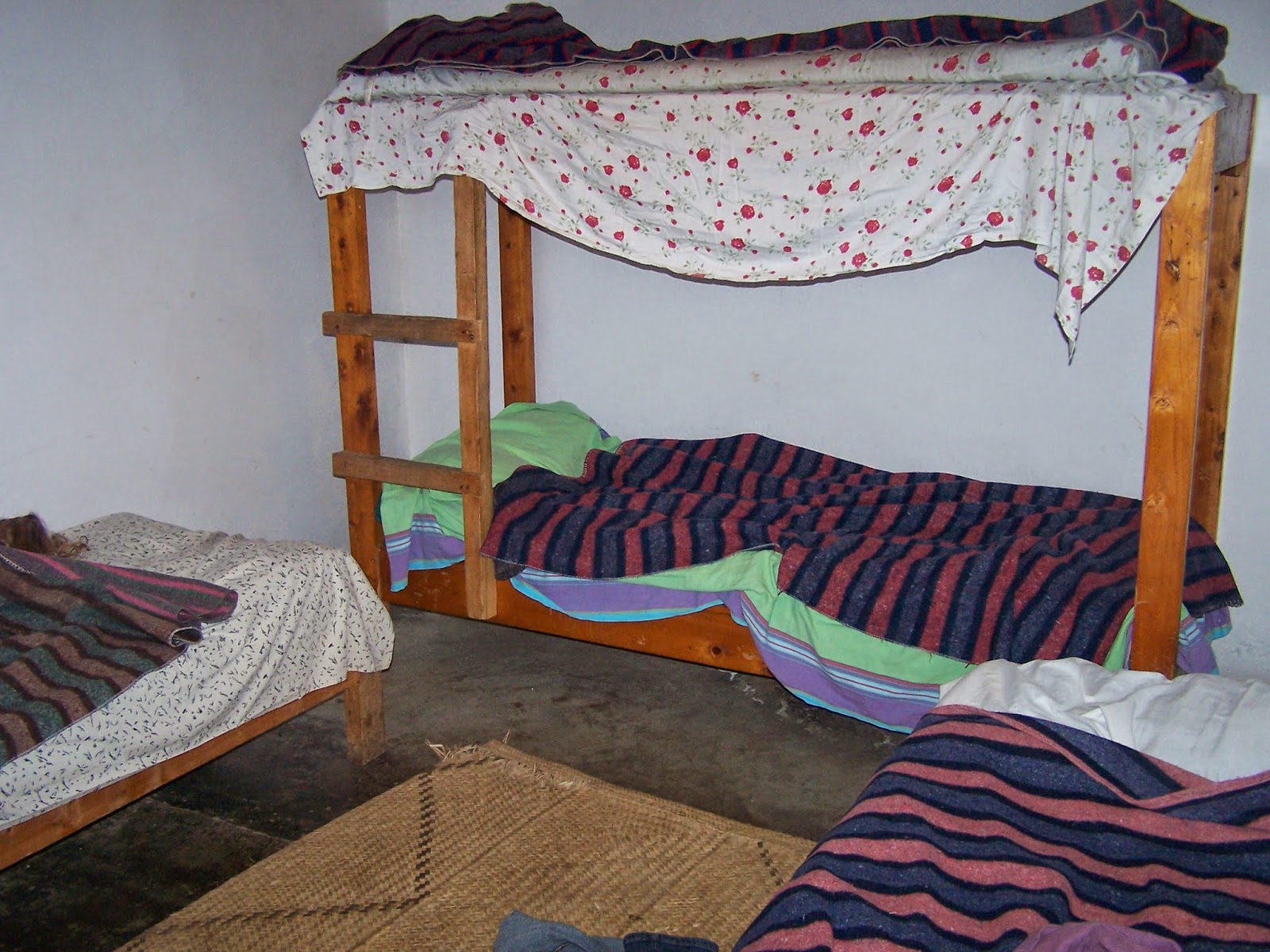 This was half the dorm...four beds, there were four beds in the attached second room.  The beds were small and not amazing but if you thought of it as camping it was pretty darn nice. 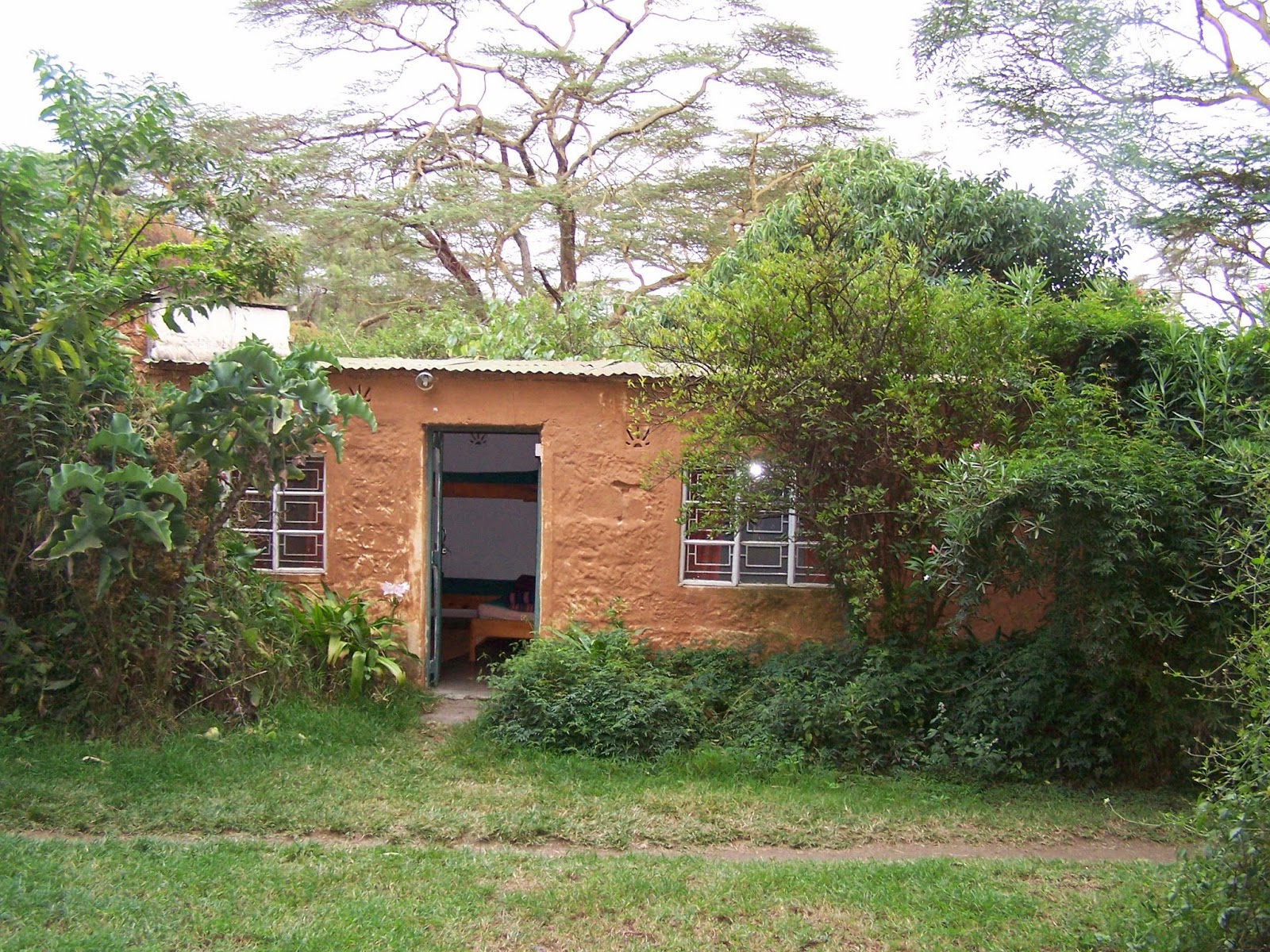 The outside of the dorm room. 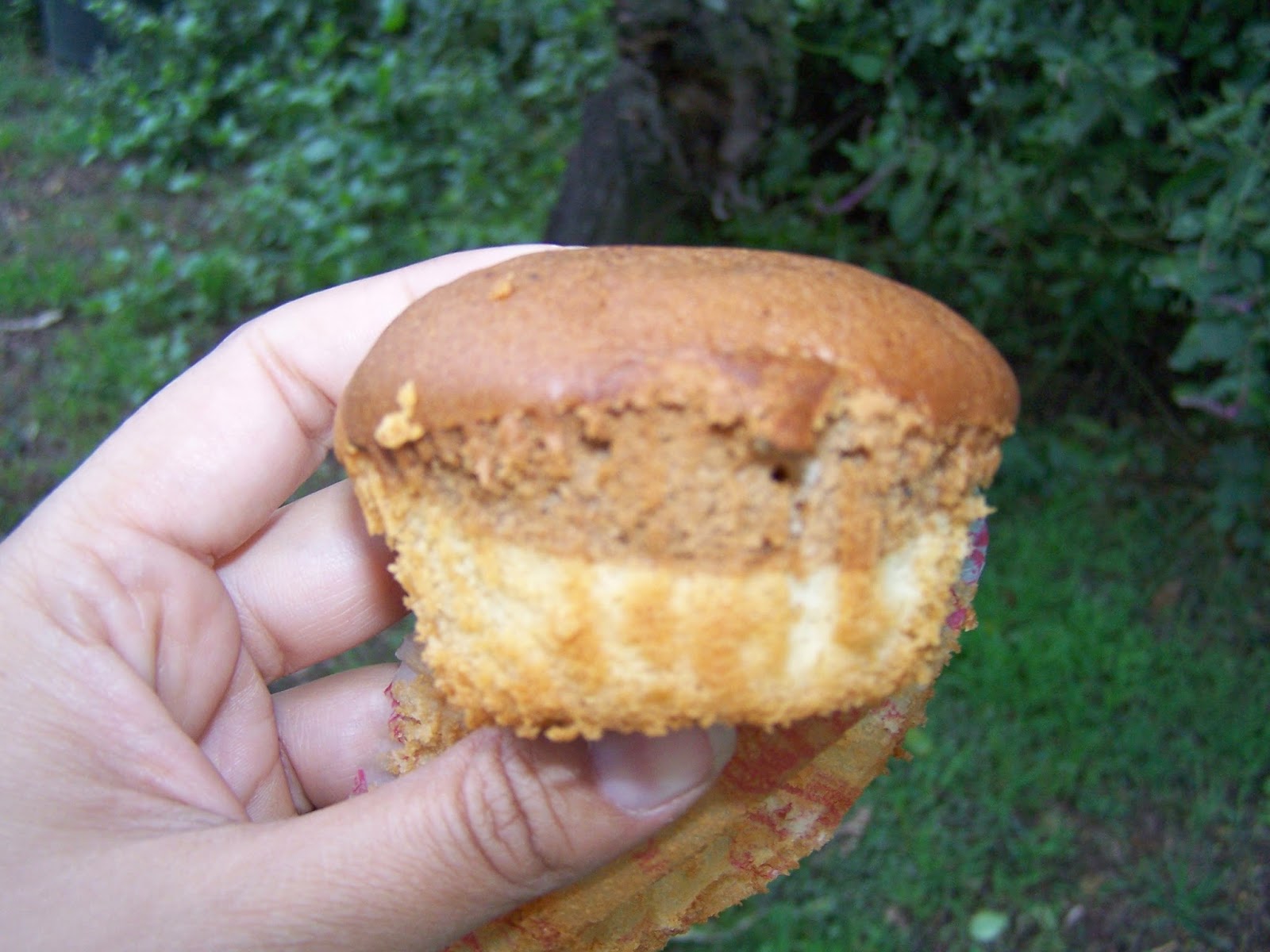 We'd brought snacks along with us to eat for breakfast.  These little cupcakes were supposedly chocolate.  Something I learned about Kenya's, if it has just a touch of chocolate in it, they'll call it coco. 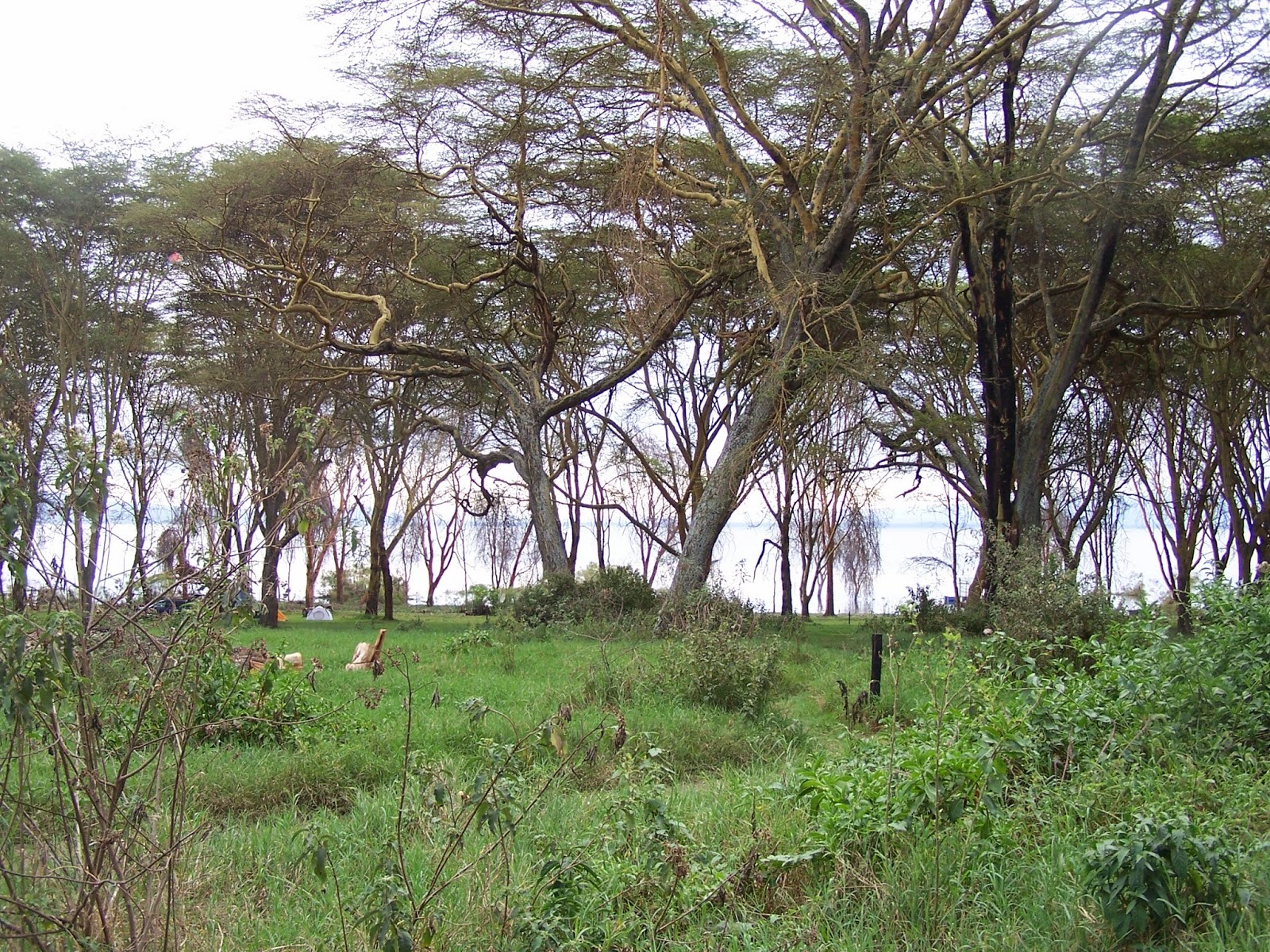 This is the view of the lake.  Seriously if you want to be in touch with nature...this is a great place. 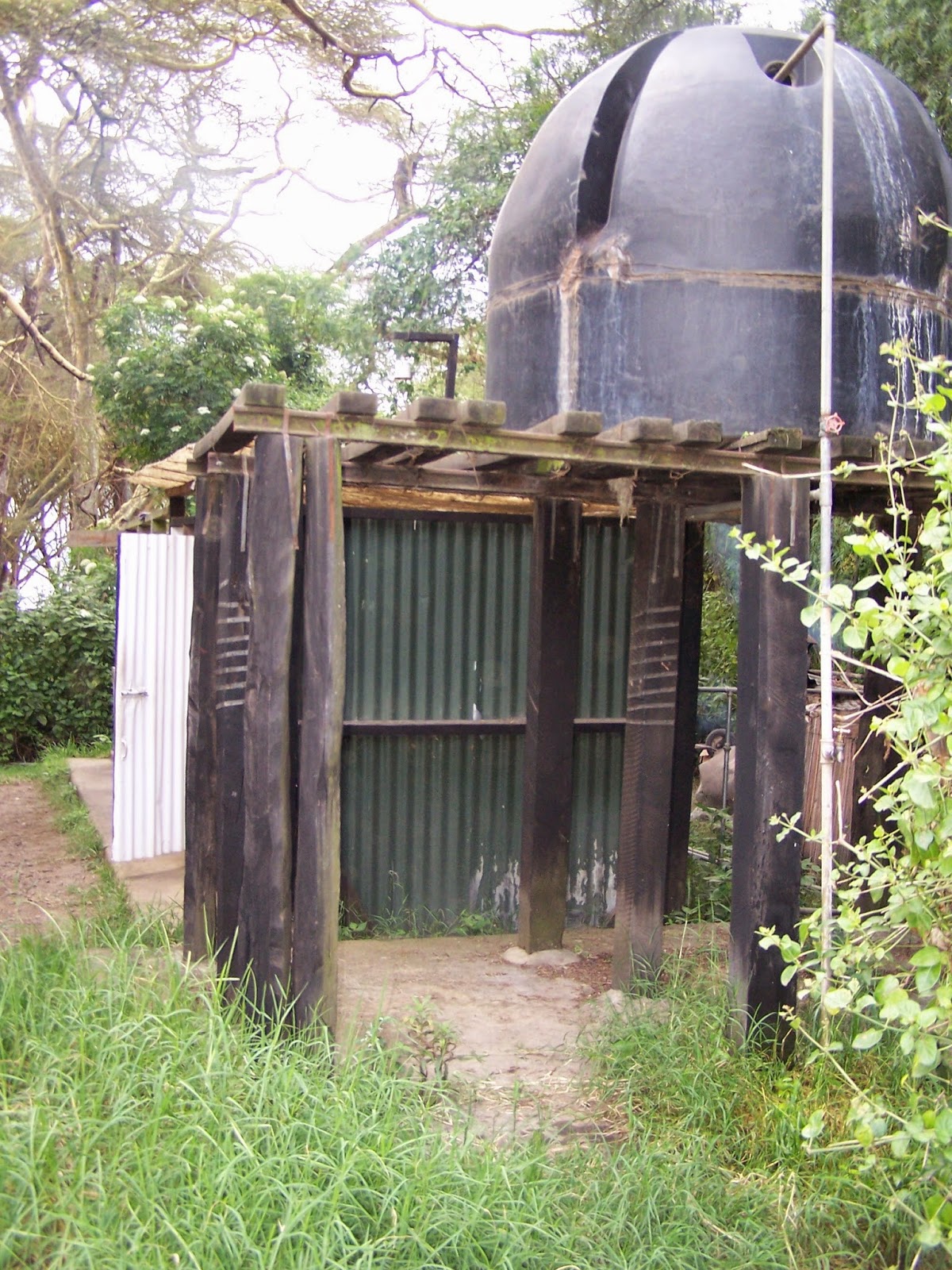 The bathrooms are a little rough...and by rough I mean surrounded by corrugated tin and outside, but that water tank is heated in the morning and at night so you can have hot showers, the toilets are not squatters, and everything is clean.  The banda's apparently have bathrooms in them but we didn't mind these bathrooms.  They worked out great.
Posted by Glenda at 8:31 PM