After our night at Camp Carnelly's we headed over to Hells Gate park.  It's only an hour or so from Nakuru and very close to Lake Navisha.  This was one of my favorite parts of the whole trip.  There are no lions in Hells Gate and  leopard hasn't been spotted in years so guest are allowed to hike, bike, ride, or drive through the park.  We had a little fiasco while renting bikes but after we got that sorted we had a great time in the park.  Captain E, Gigi, and Dr. J all rented bikes, as well as Kristin and Corine.  I was on car duty with Koash, Cheetah and Peach.  We road through the park with Koash narrating.  Every once and a while we'd hop out and take some pictures by the animals that were RIGHT THERE BY THE SIDE OF THE ROAD.  At one point Koash let Cheetah drive.  Then about half way through the park Gigi got tired (she had the smallest wheels of the group and no gears) and Cheetah got bored.  Koash threw Gigi's bike into the van and she joined our happy little group.  Dr. J tied Cheetah onto his back and we were off again.  This is such a great way to Safari.  Due to the lack of predators the park is just teaming with pray life.  The bikes get you closer to the action and they let you blow off energy that sitting in the car for hours just doesn't allow.  It is such a great park! 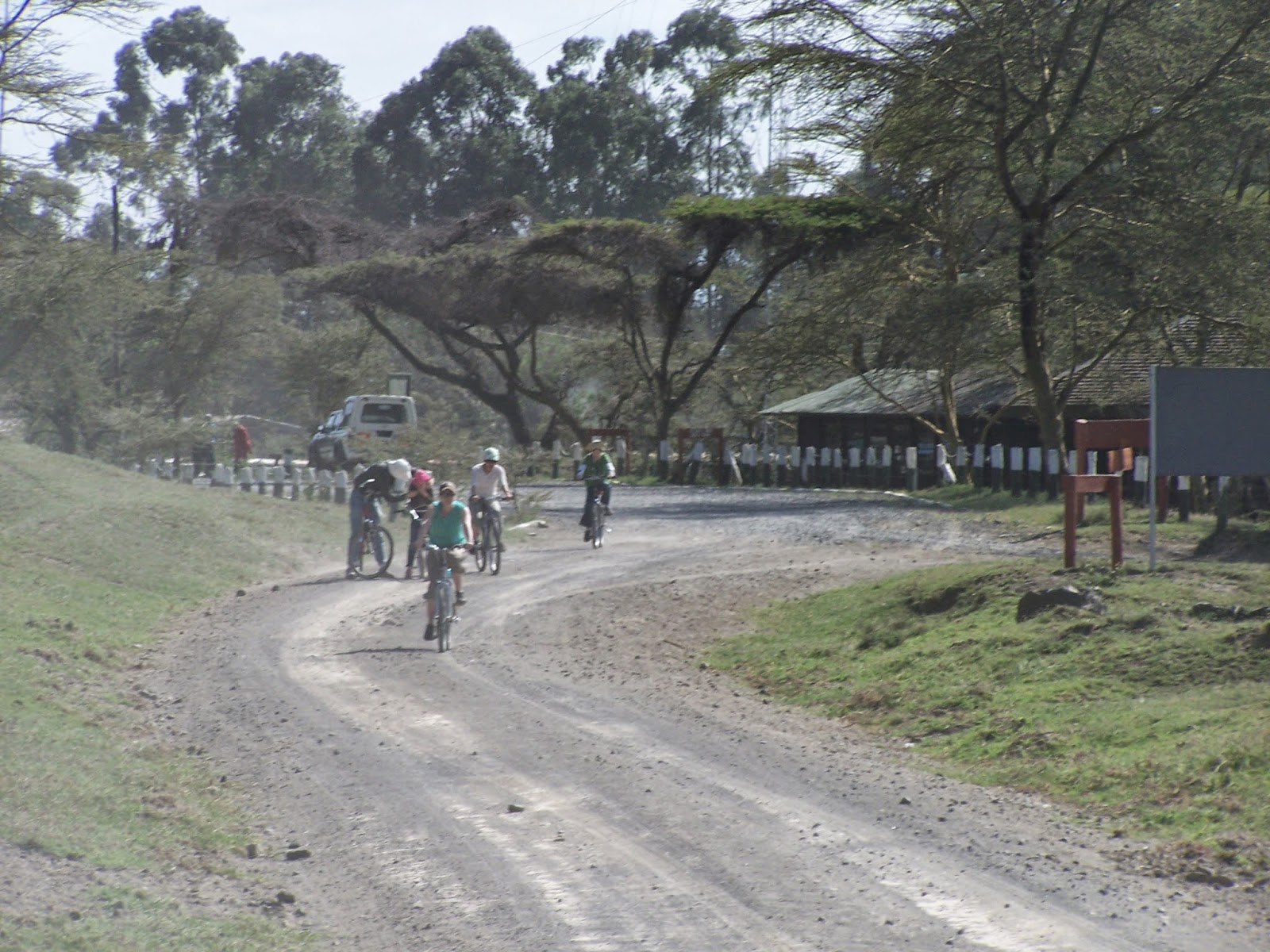 Our adventurous explorers.  Daddy is doing some quick adjustments before they get started. 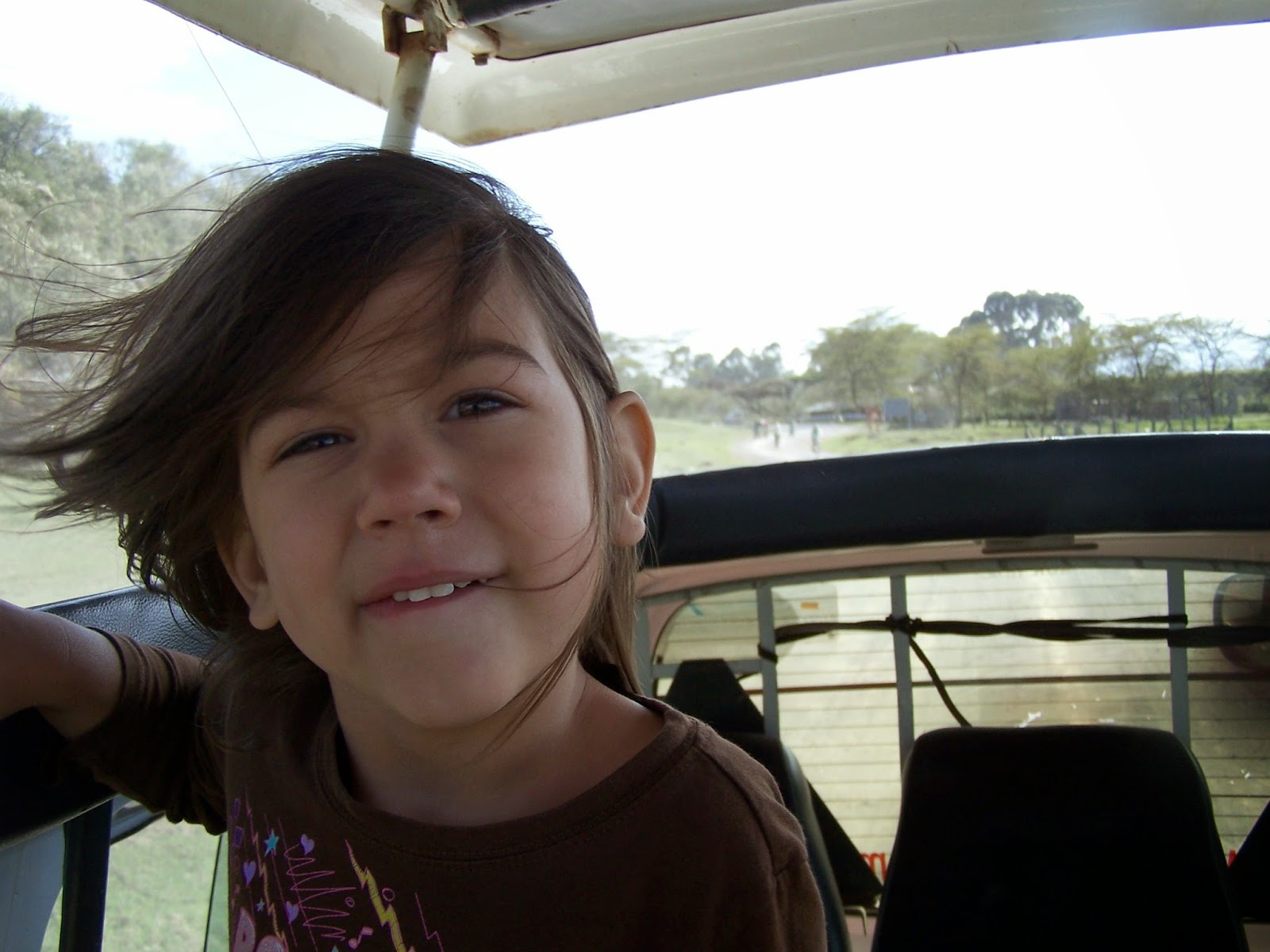 Peach hanging out with me in the van.  This girl is such a pleasure.  I wish everyone could have a Peach in their lives. 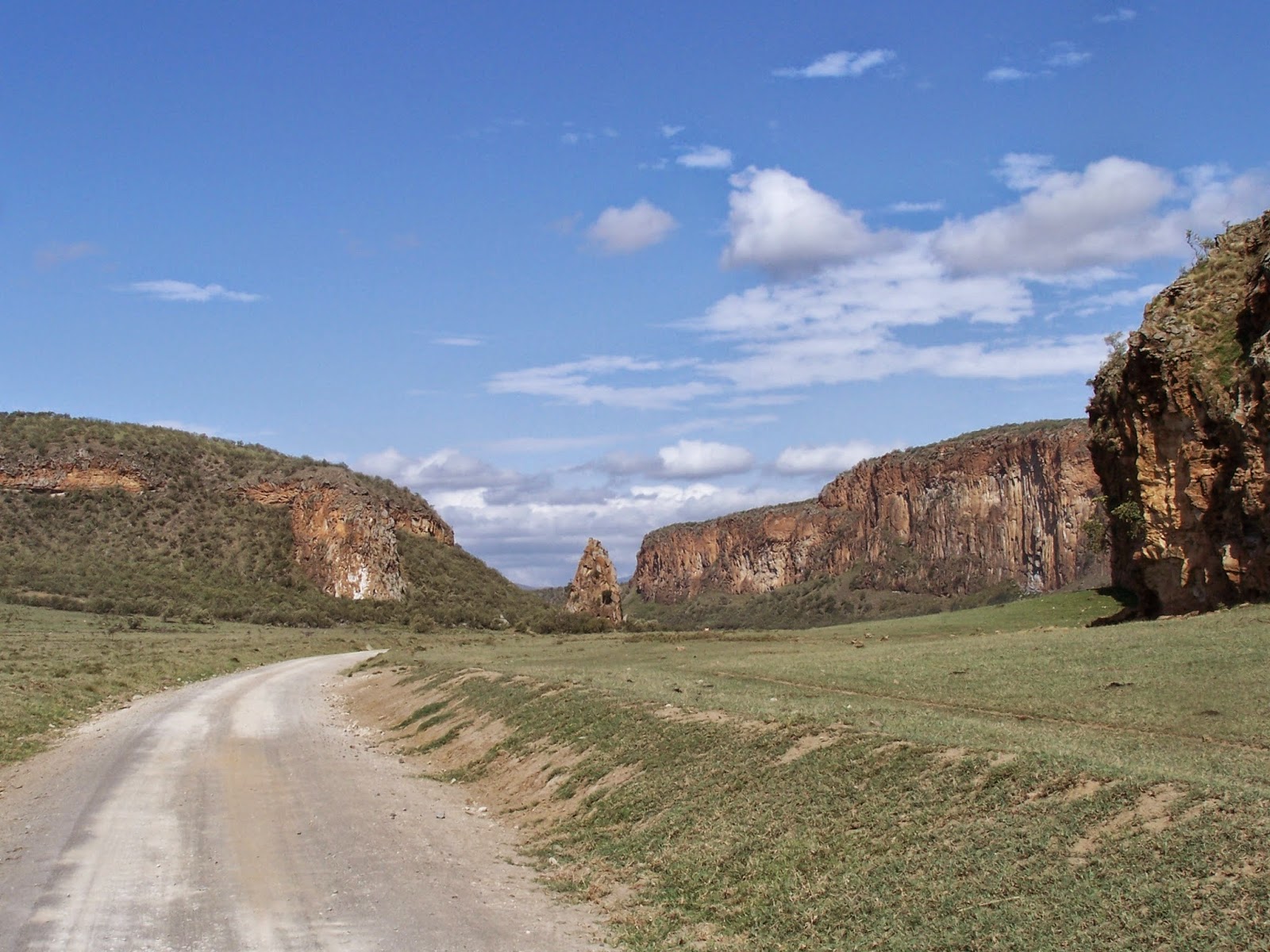 This it the area that the lion king was modeled after.  Seriously it was some beautiful desert. 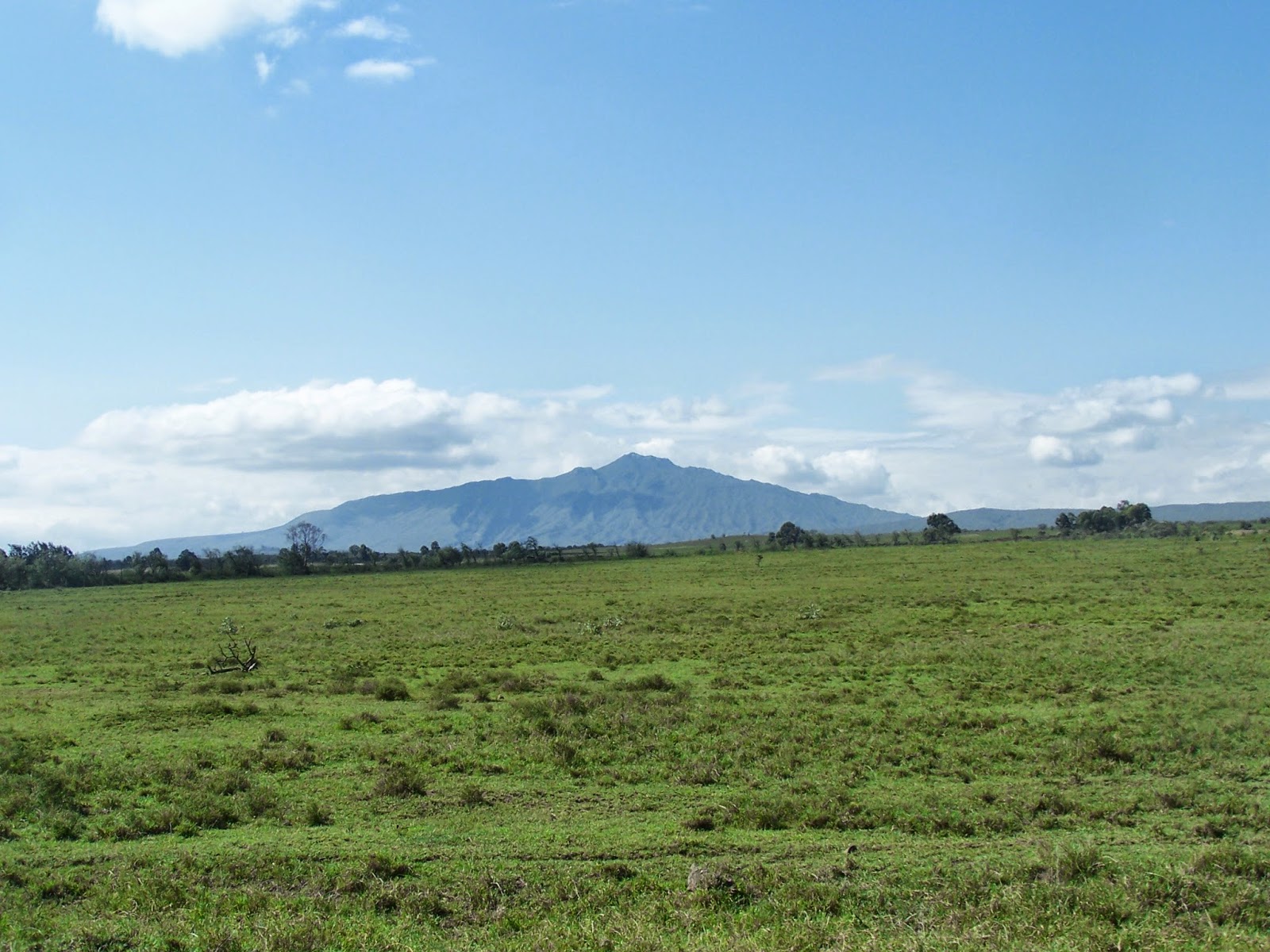 Mount Longonot in the background.  It is a huge volcano.  The whole area if covered in cool rocks left from prior explosions.  We found these huge rocks that weighed nothing and floated on the water.  We also found tons of obsidian.  The volcano is now extinct and you can hike on it, that is if you can manage to get up to the mountain.  We got stuck in some serious sand and never made it all the way to the gate.  It was an adventure though.  The volcano is thought to have last erupted in the 1800s. 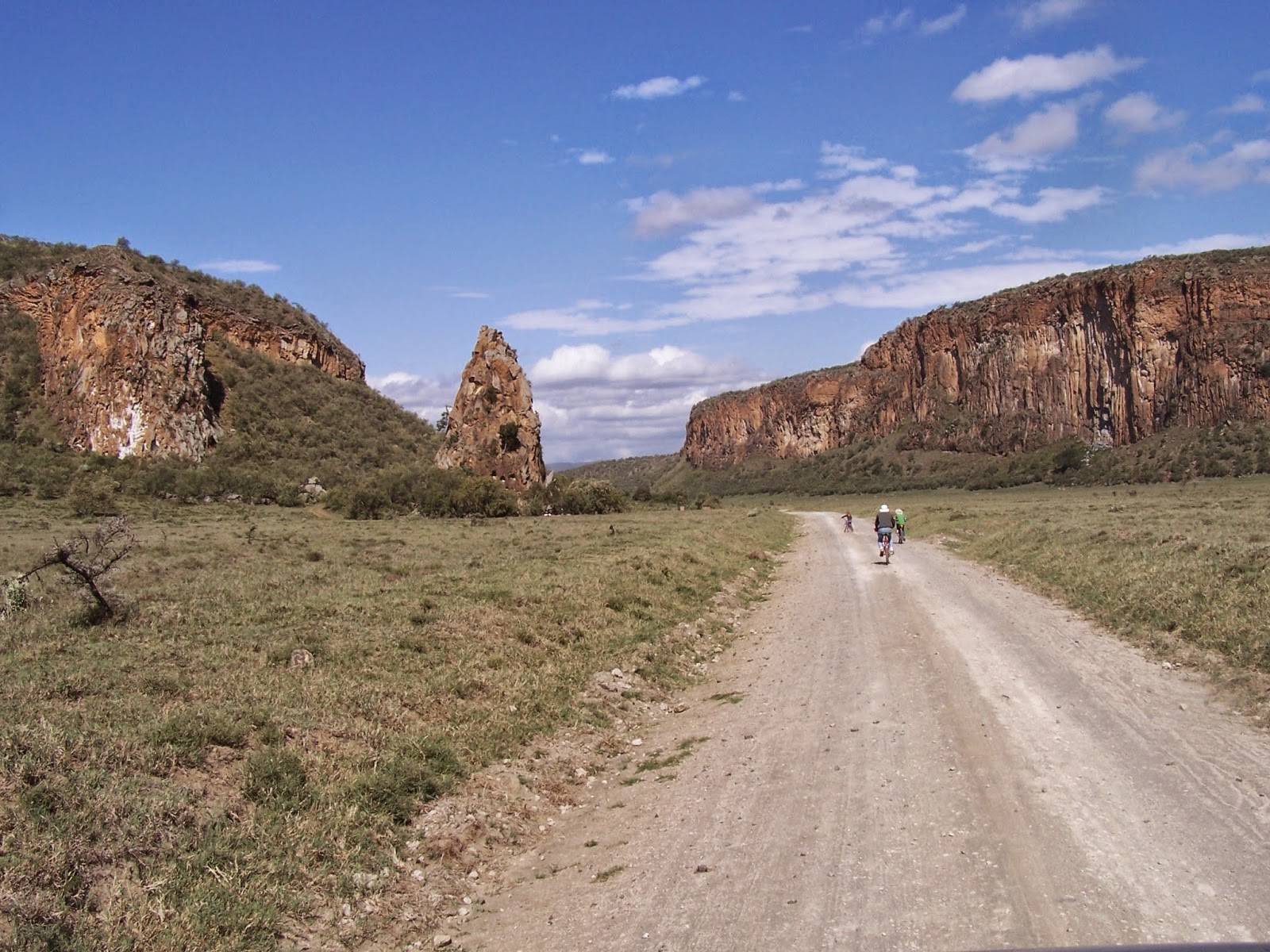 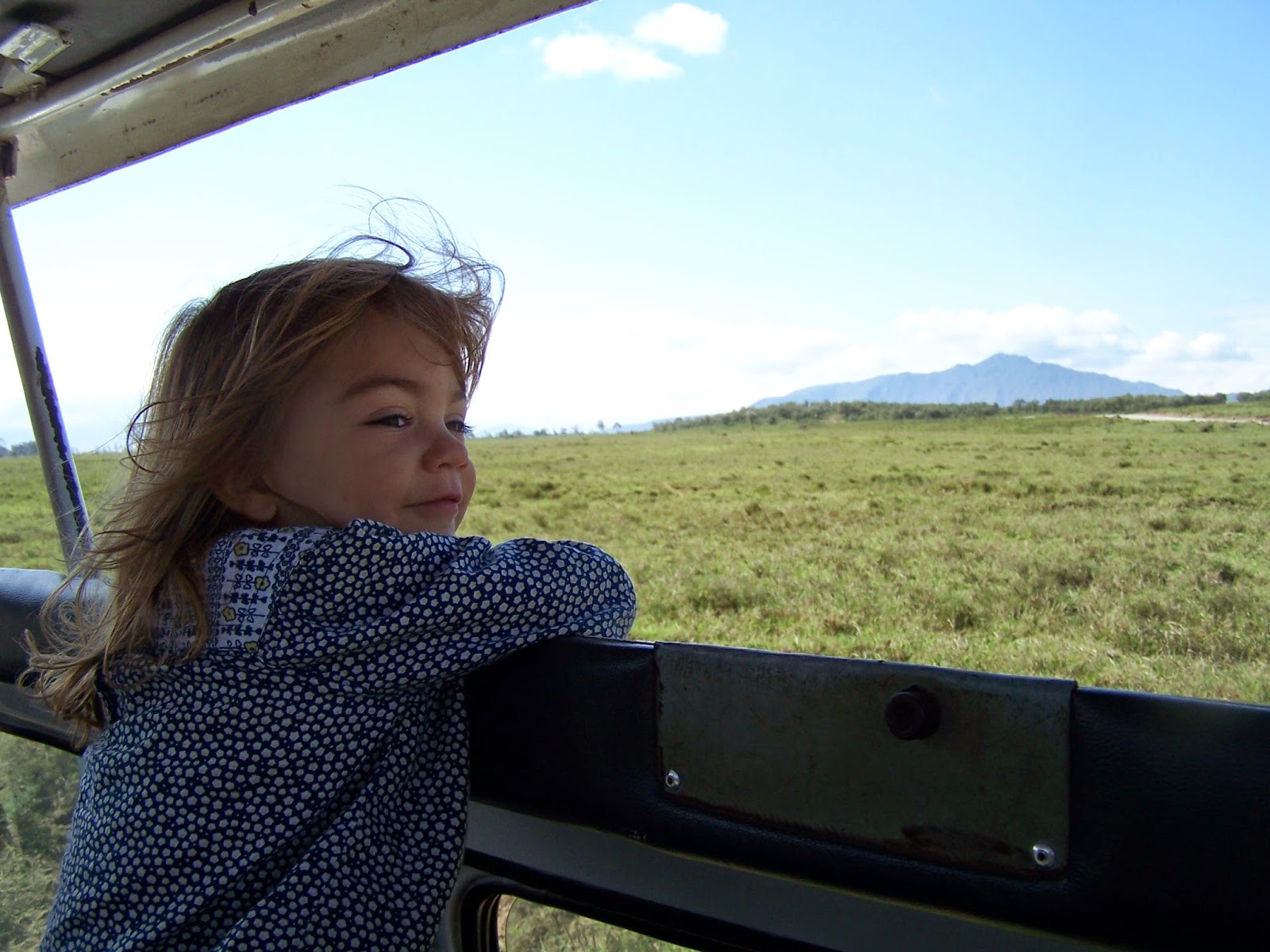 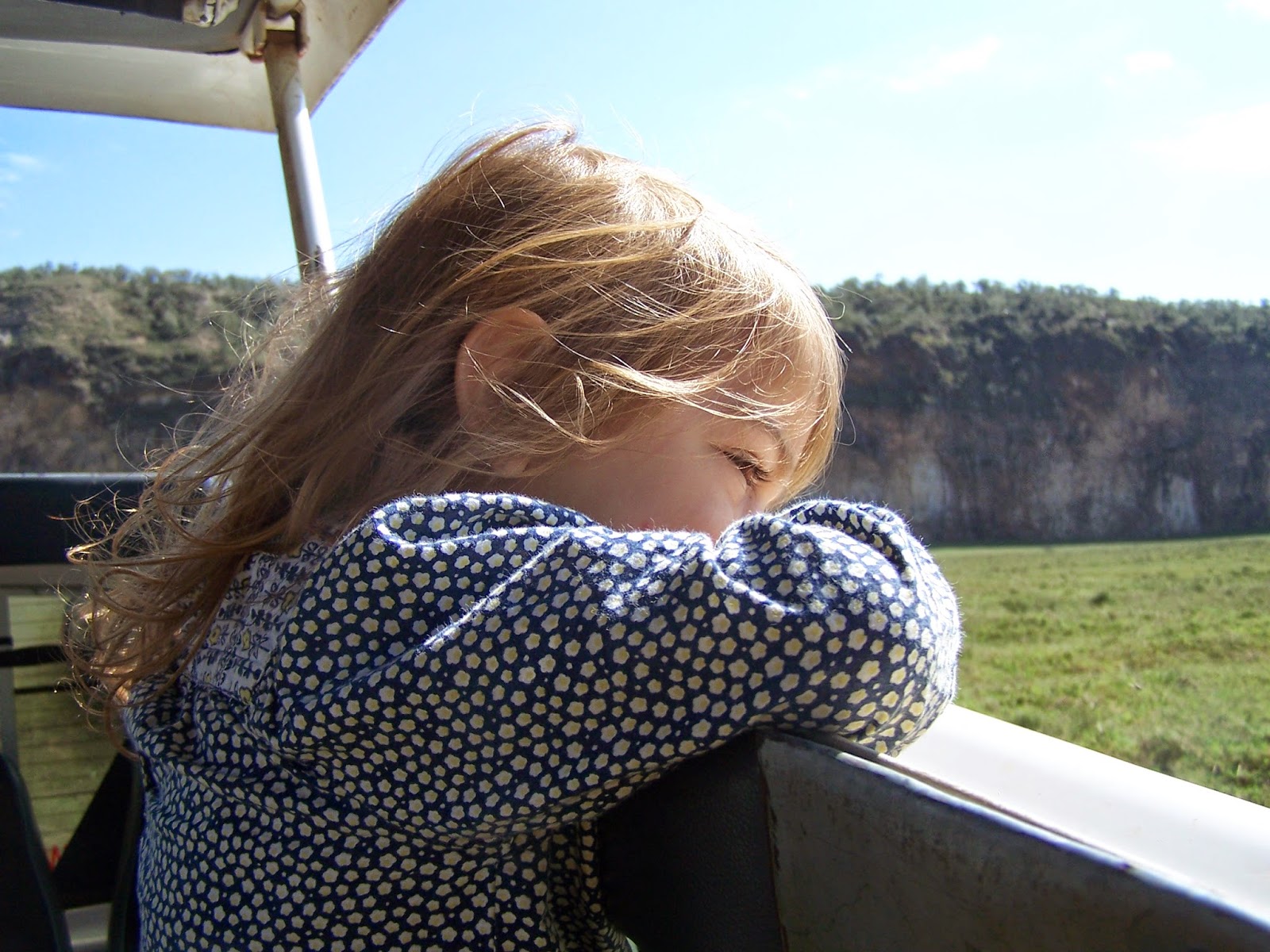 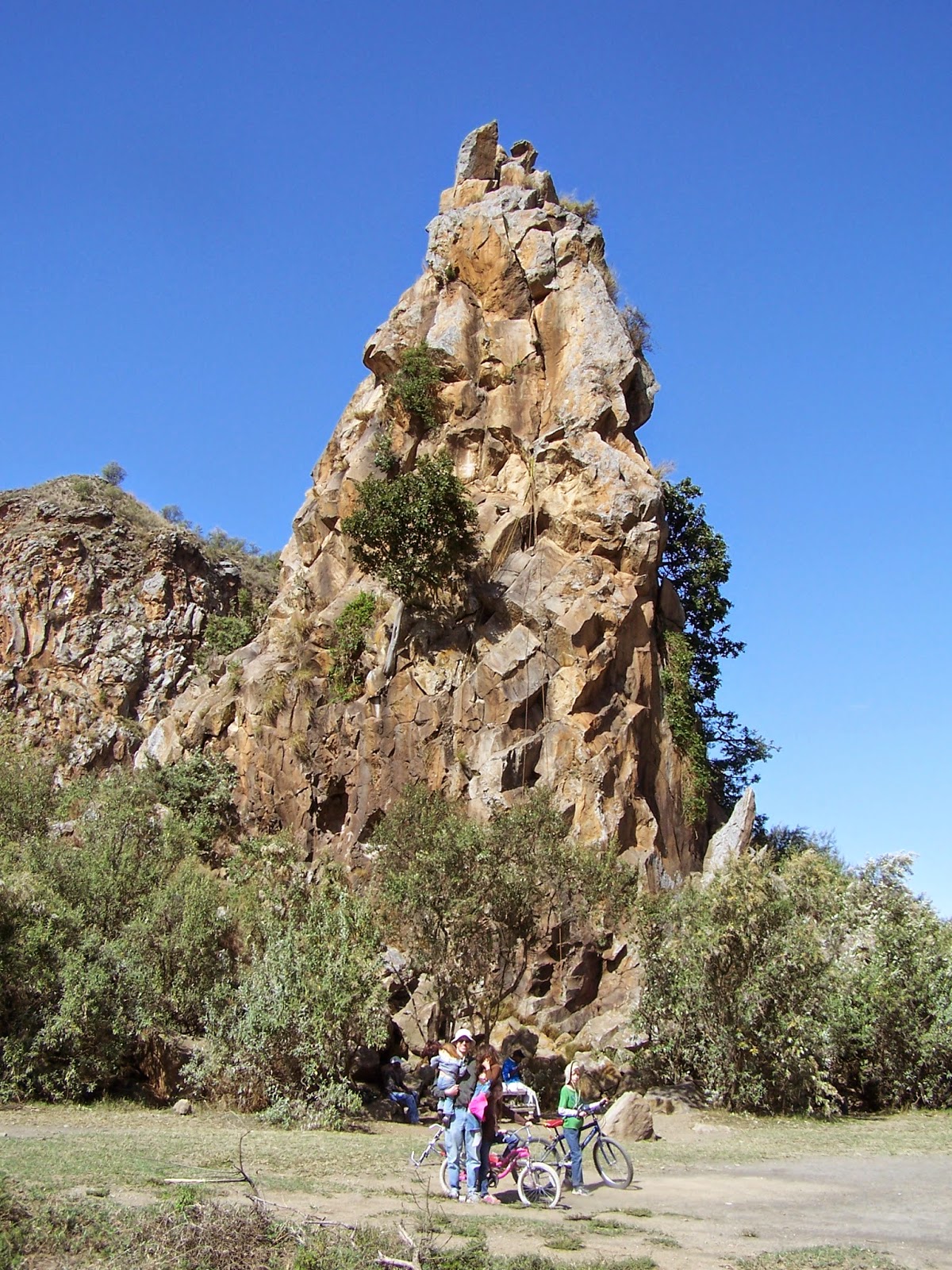 This little beauty is called Fischer's Tower.  You can pay to climb the tower...we just stopped for a picture. 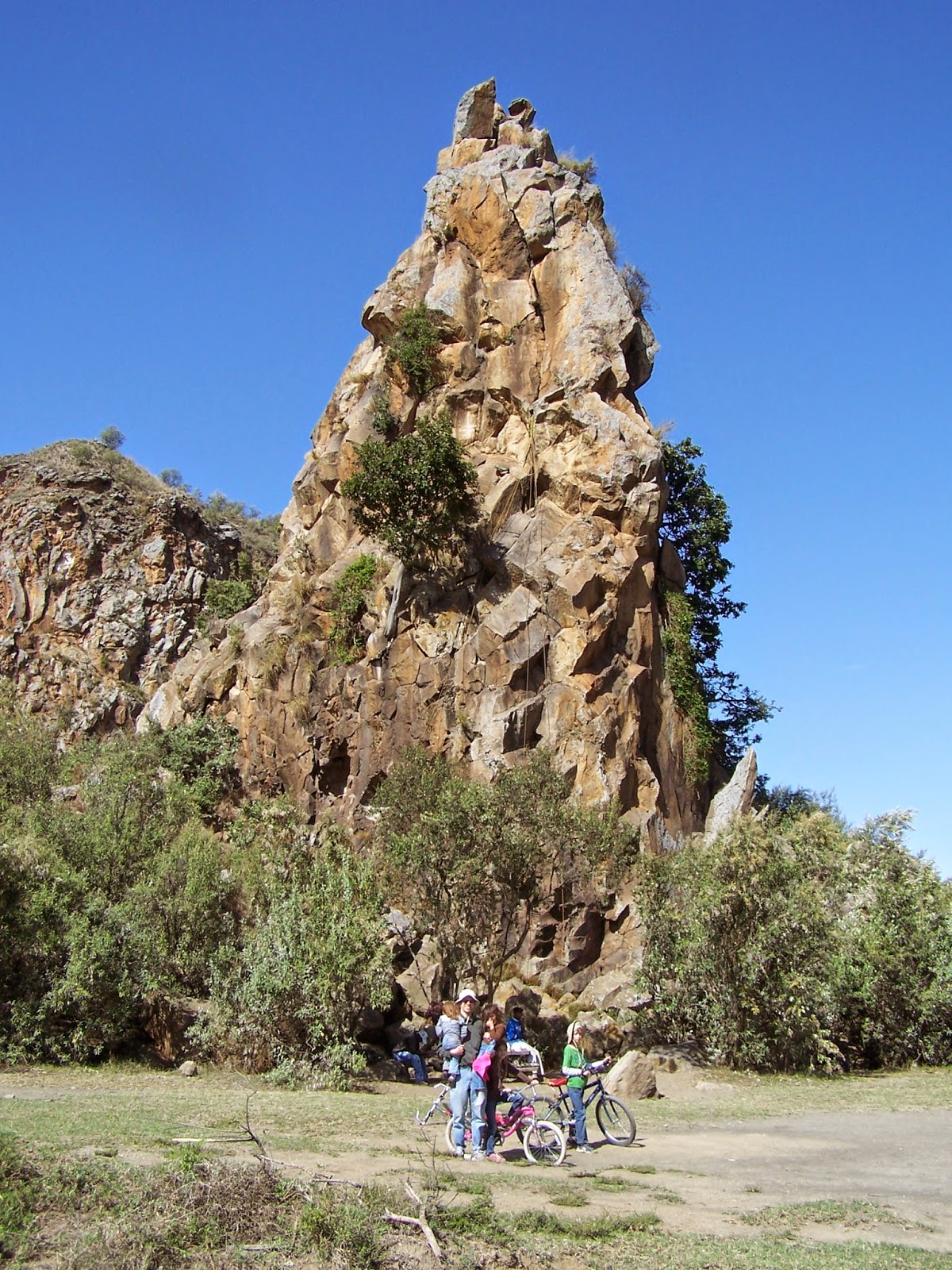 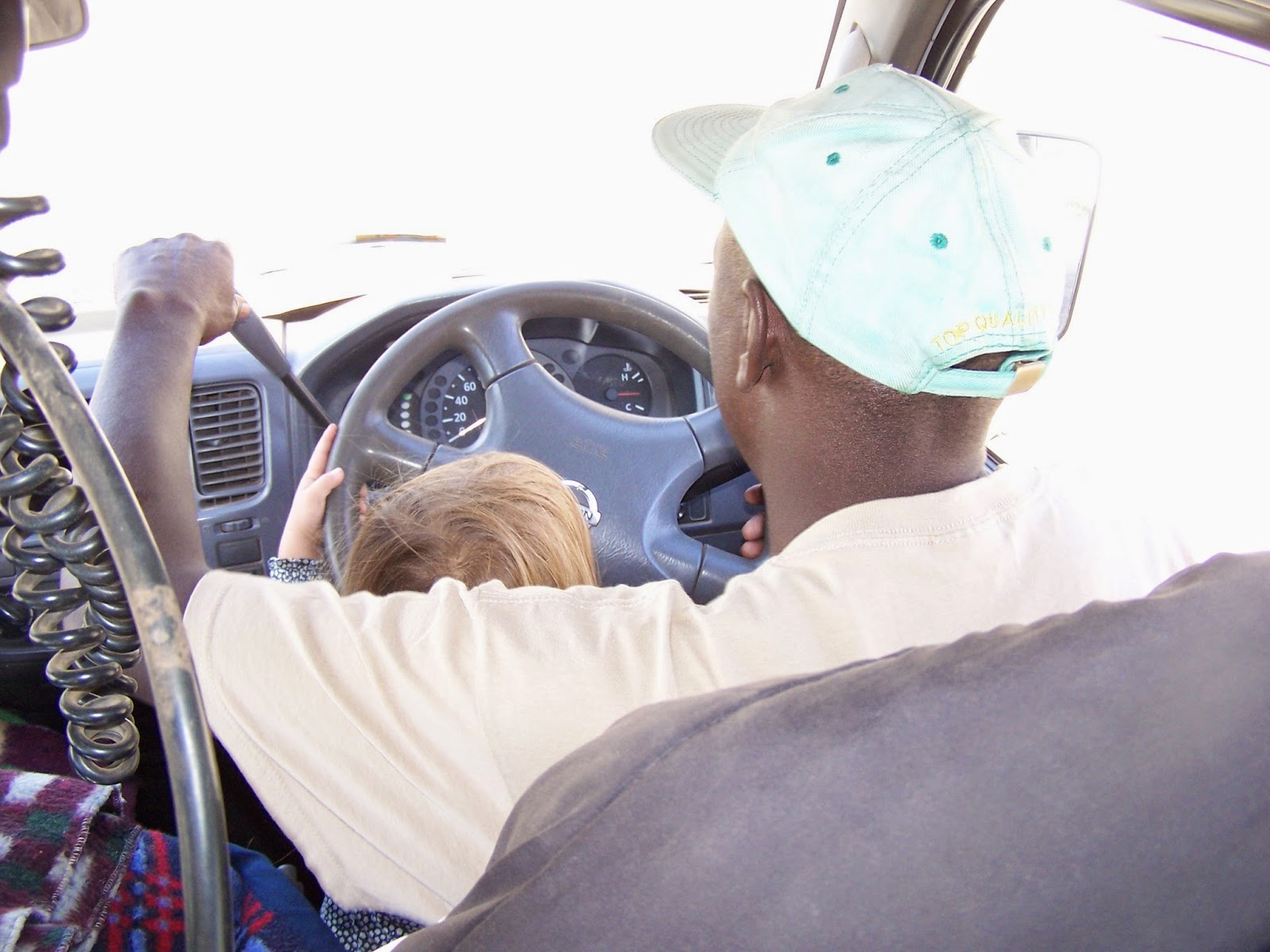 Cheetah taking us for a spin! 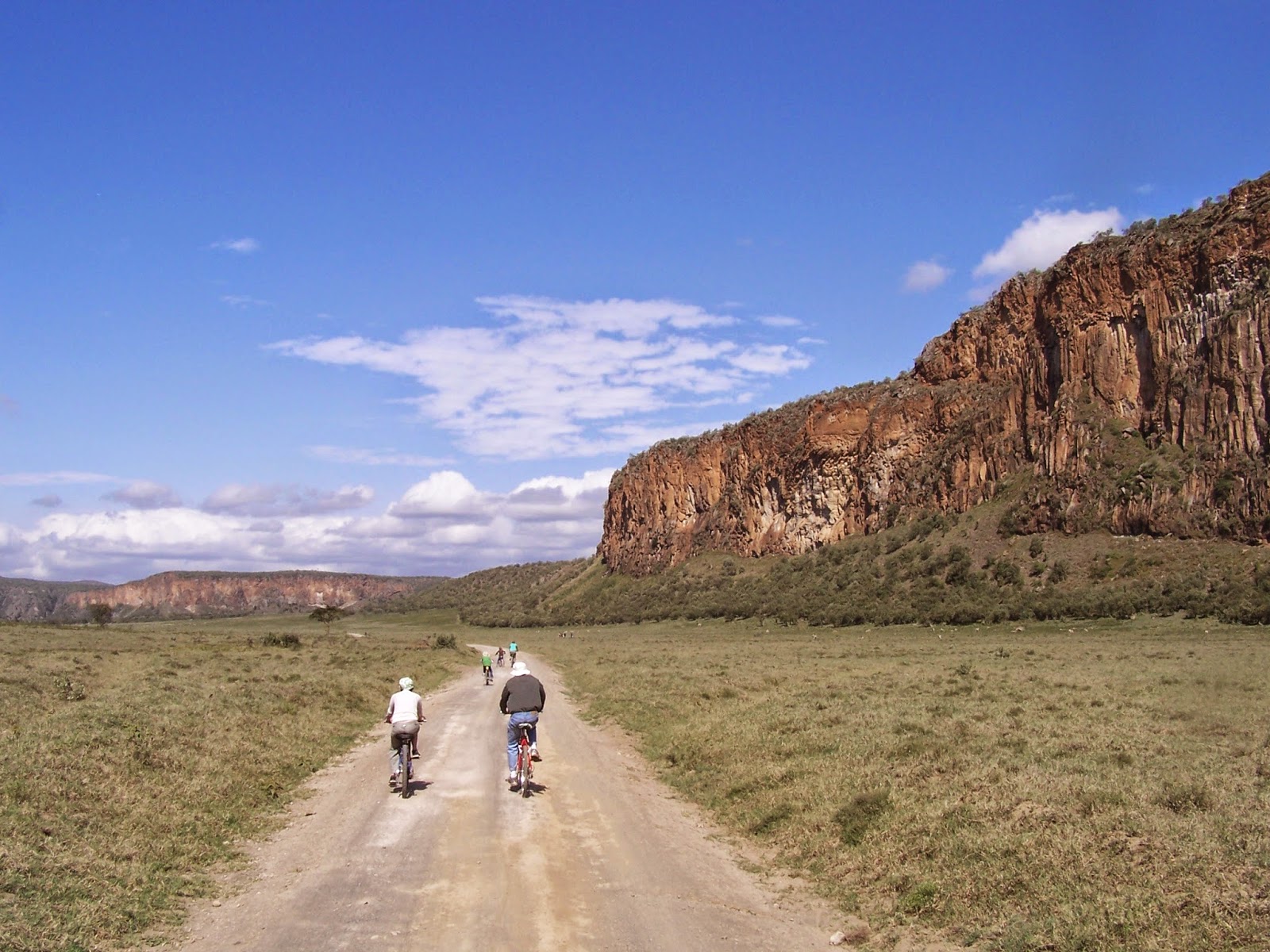 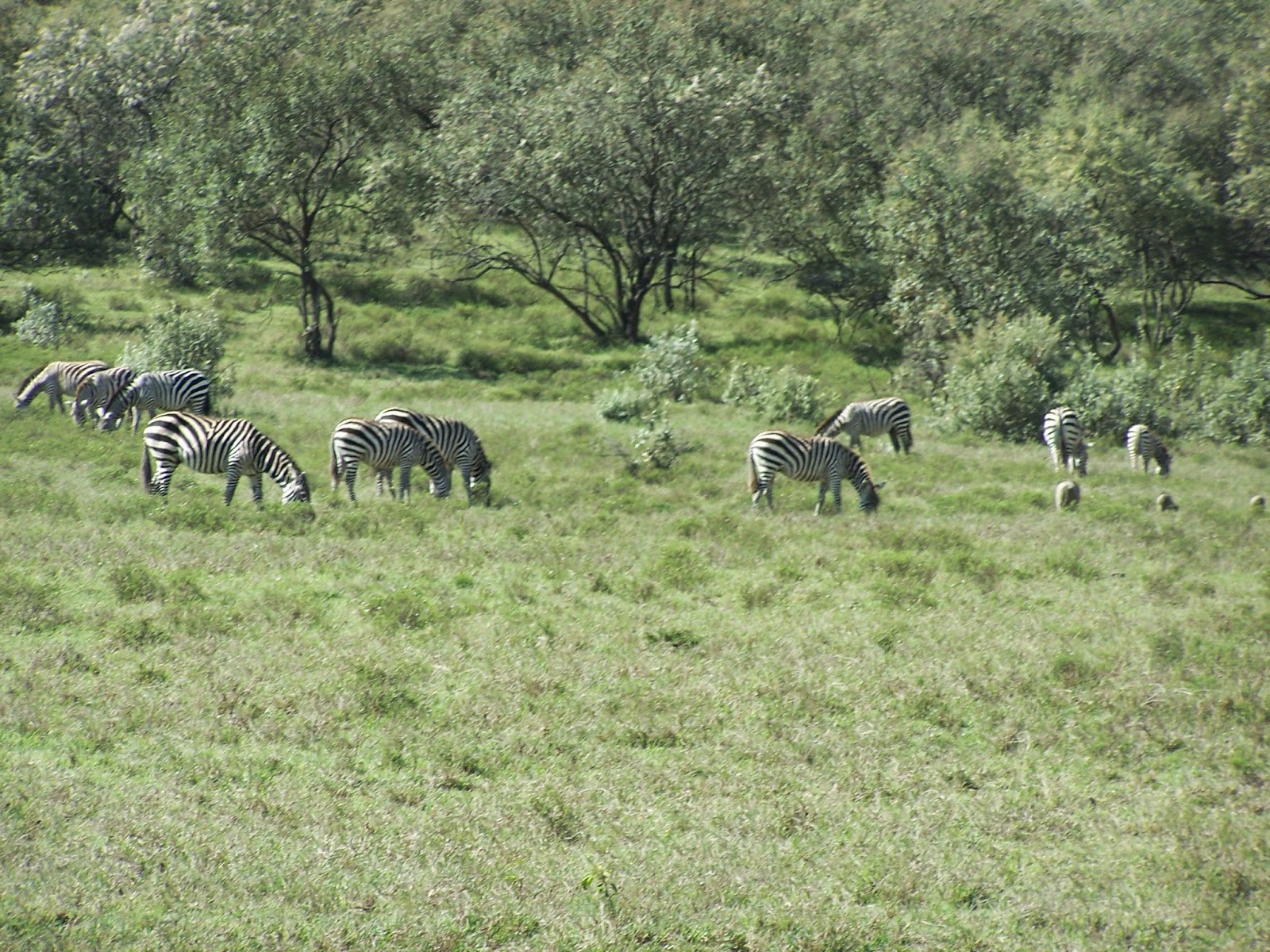 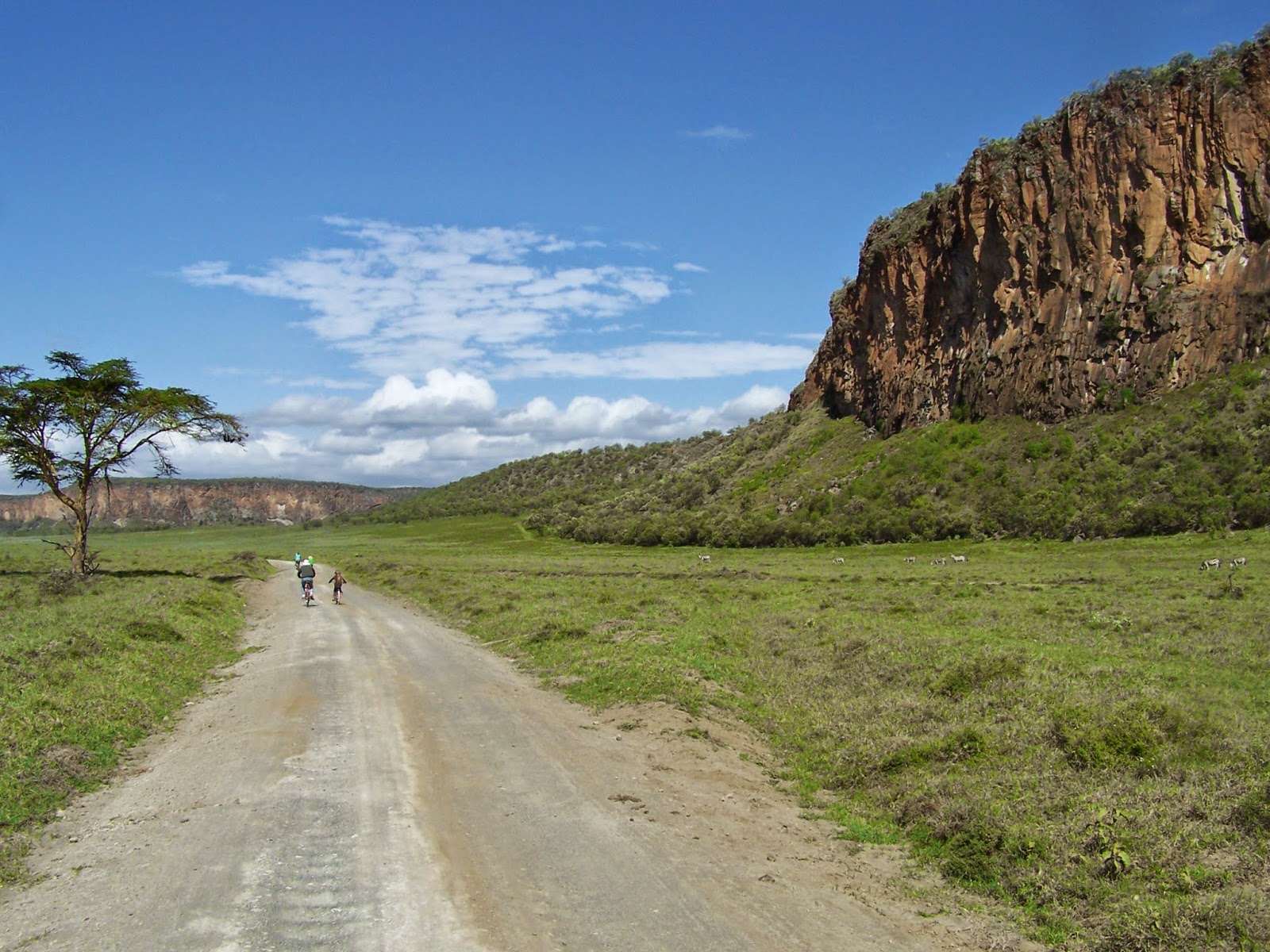 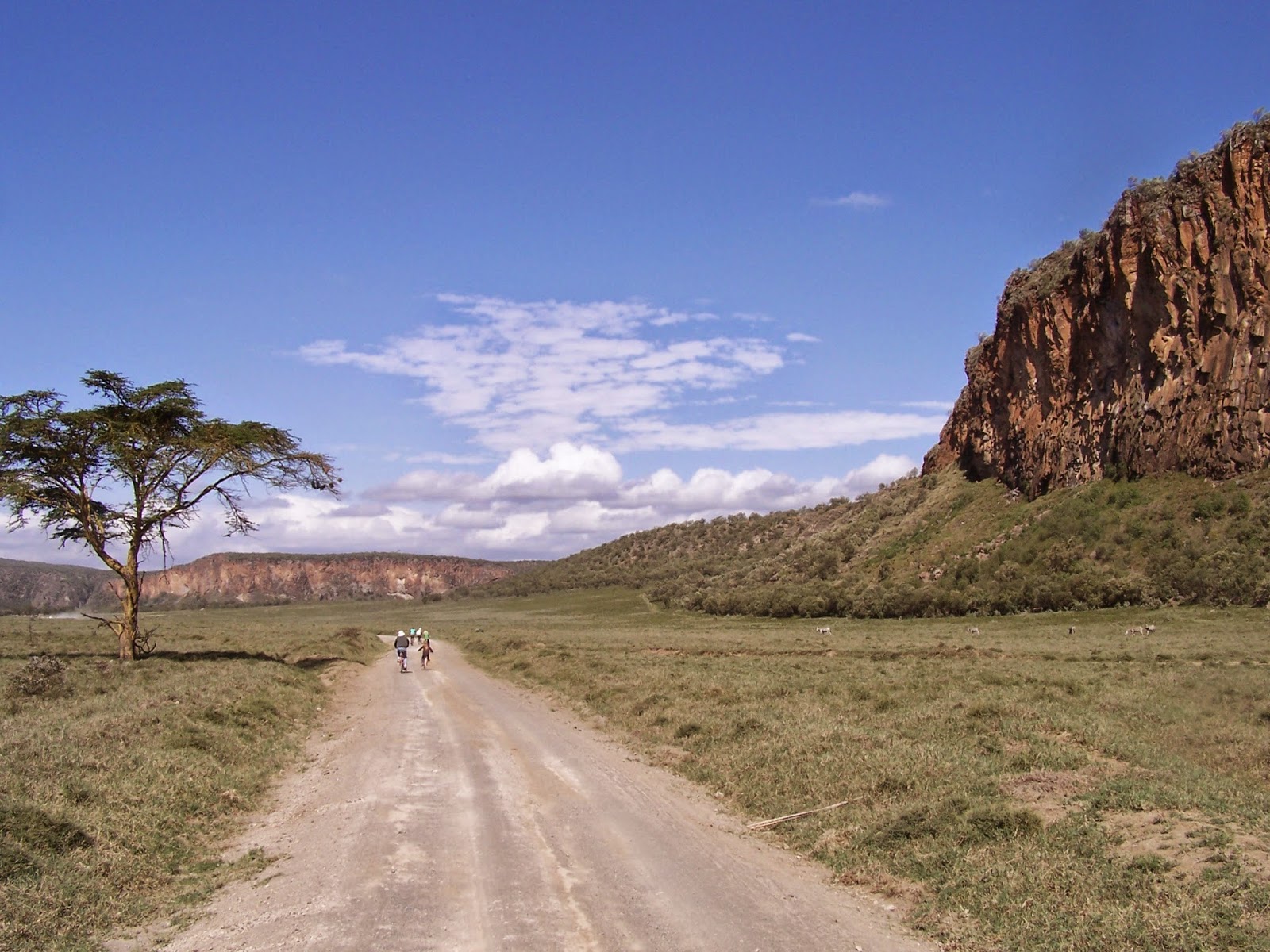 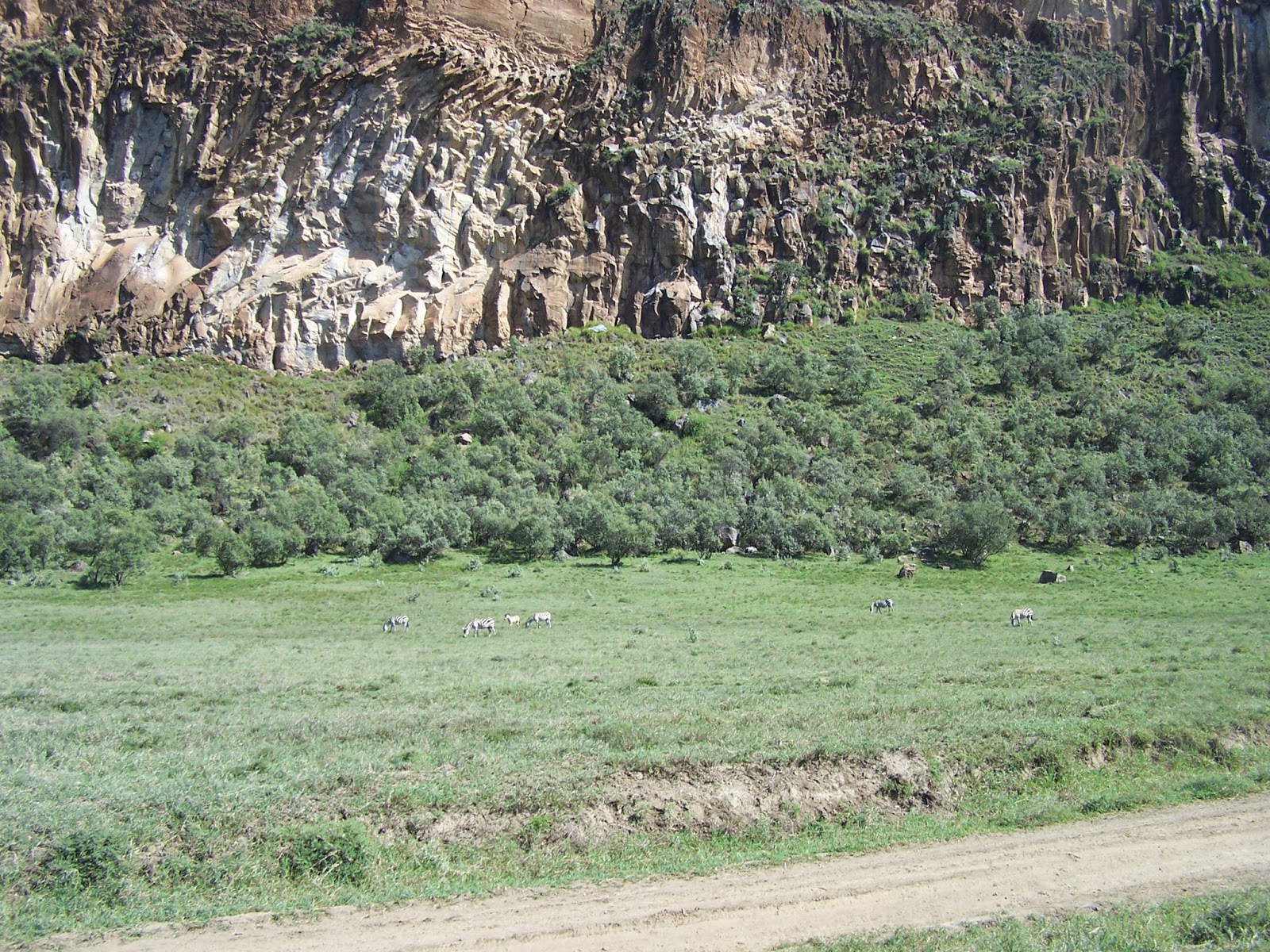 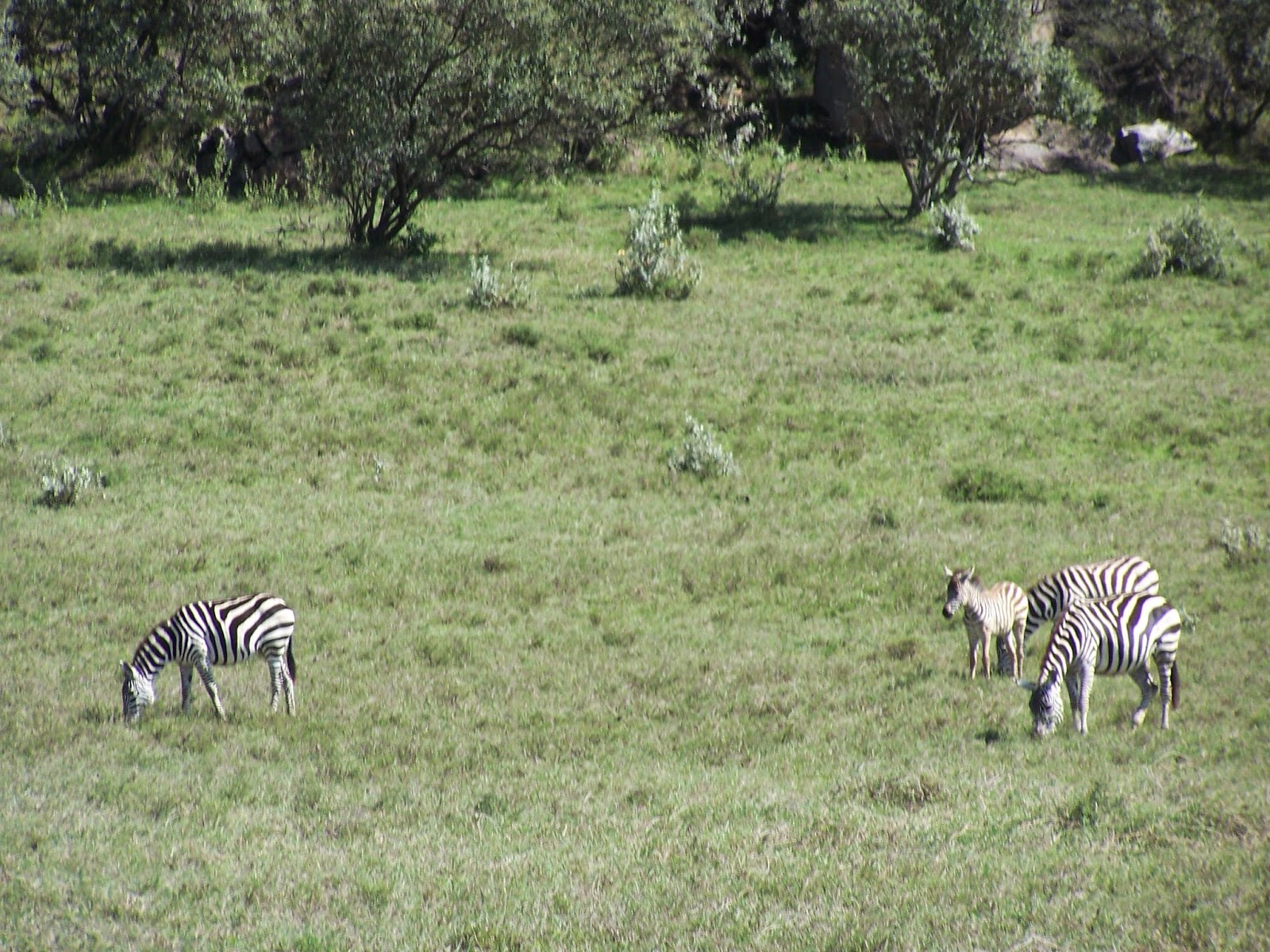 There were so many babies in the park.  It is good to be a baby when there are not predators to take advantage. 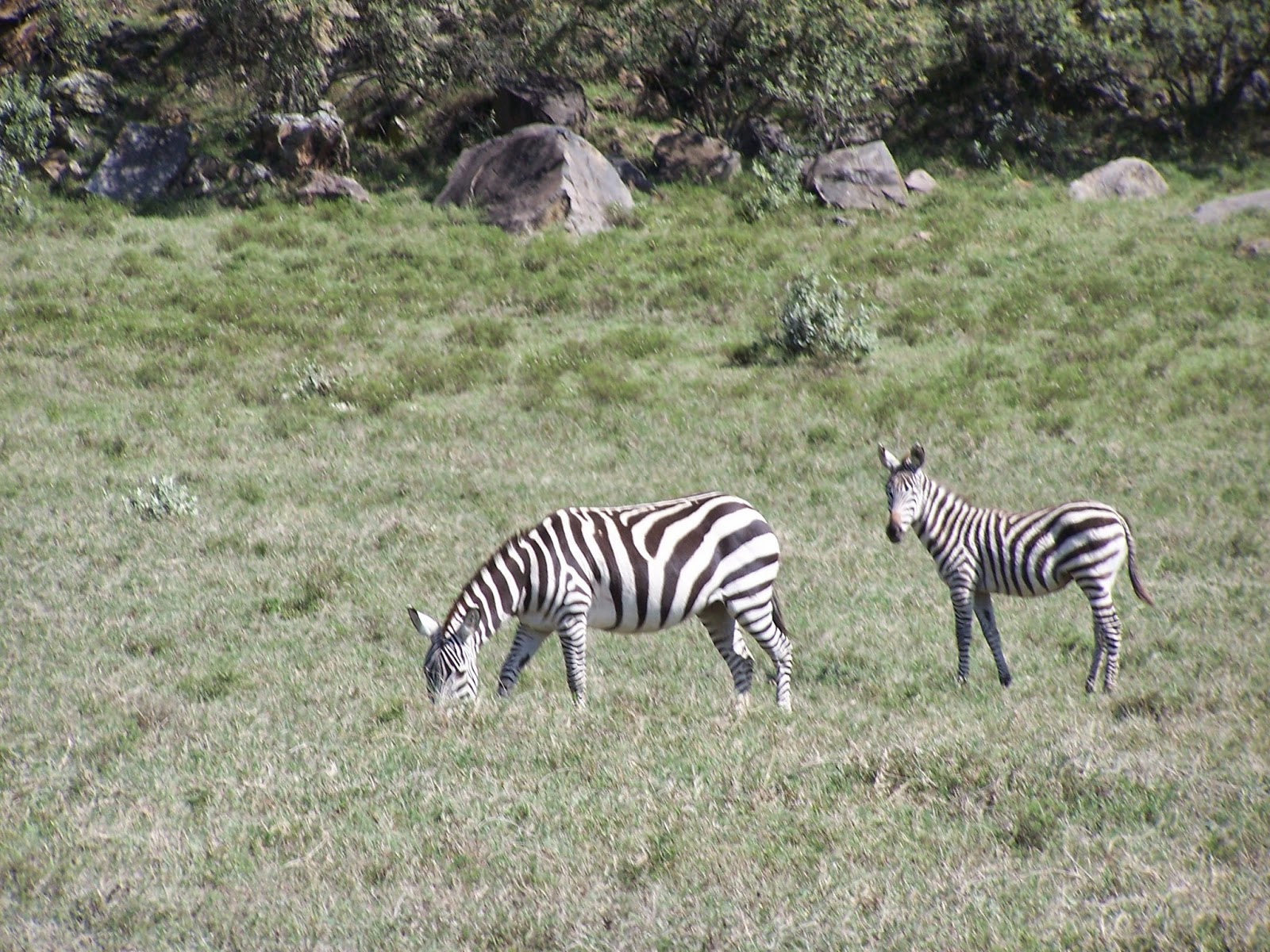 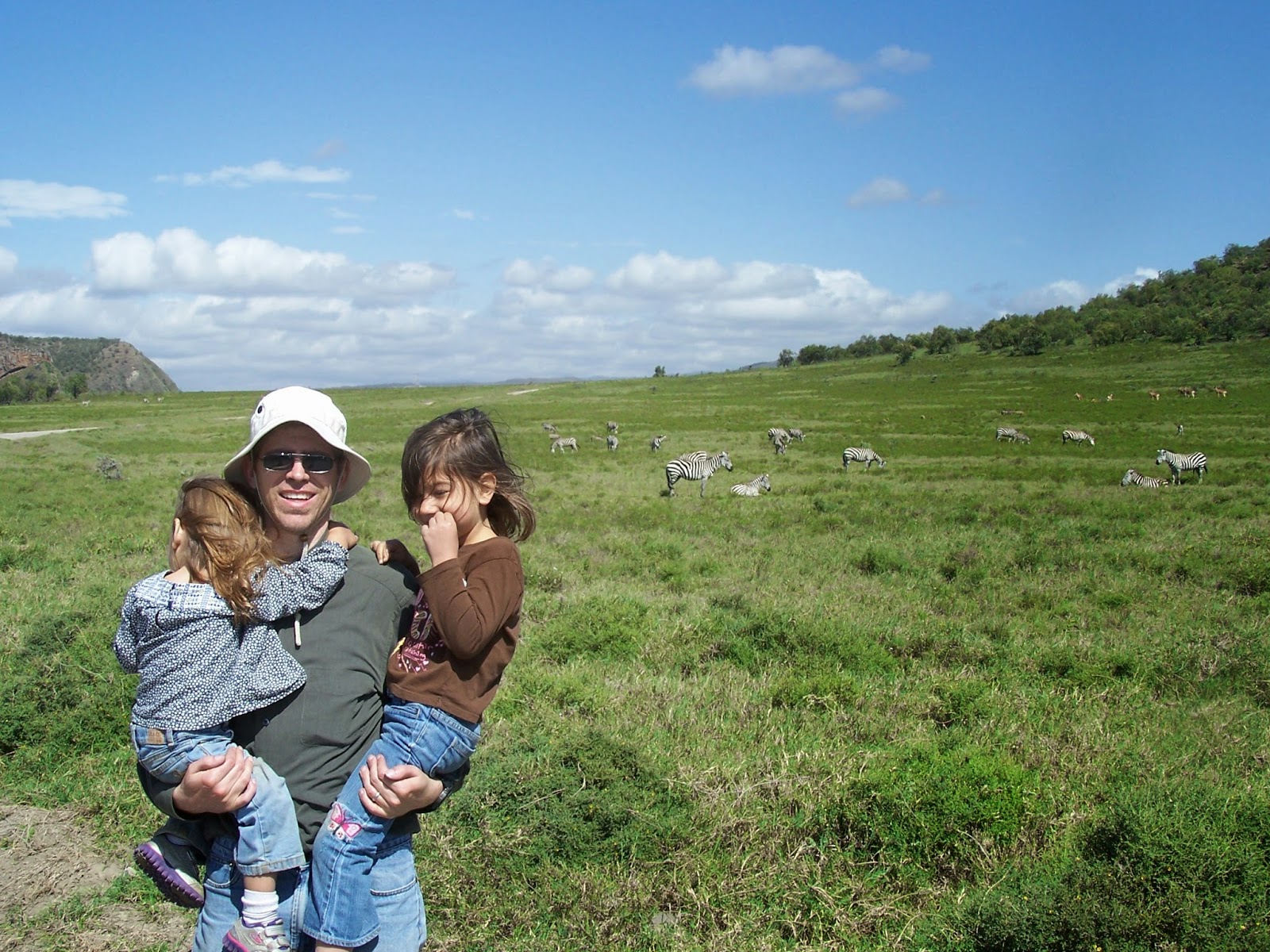 Oh you know just standing in front of a herd of zebras. 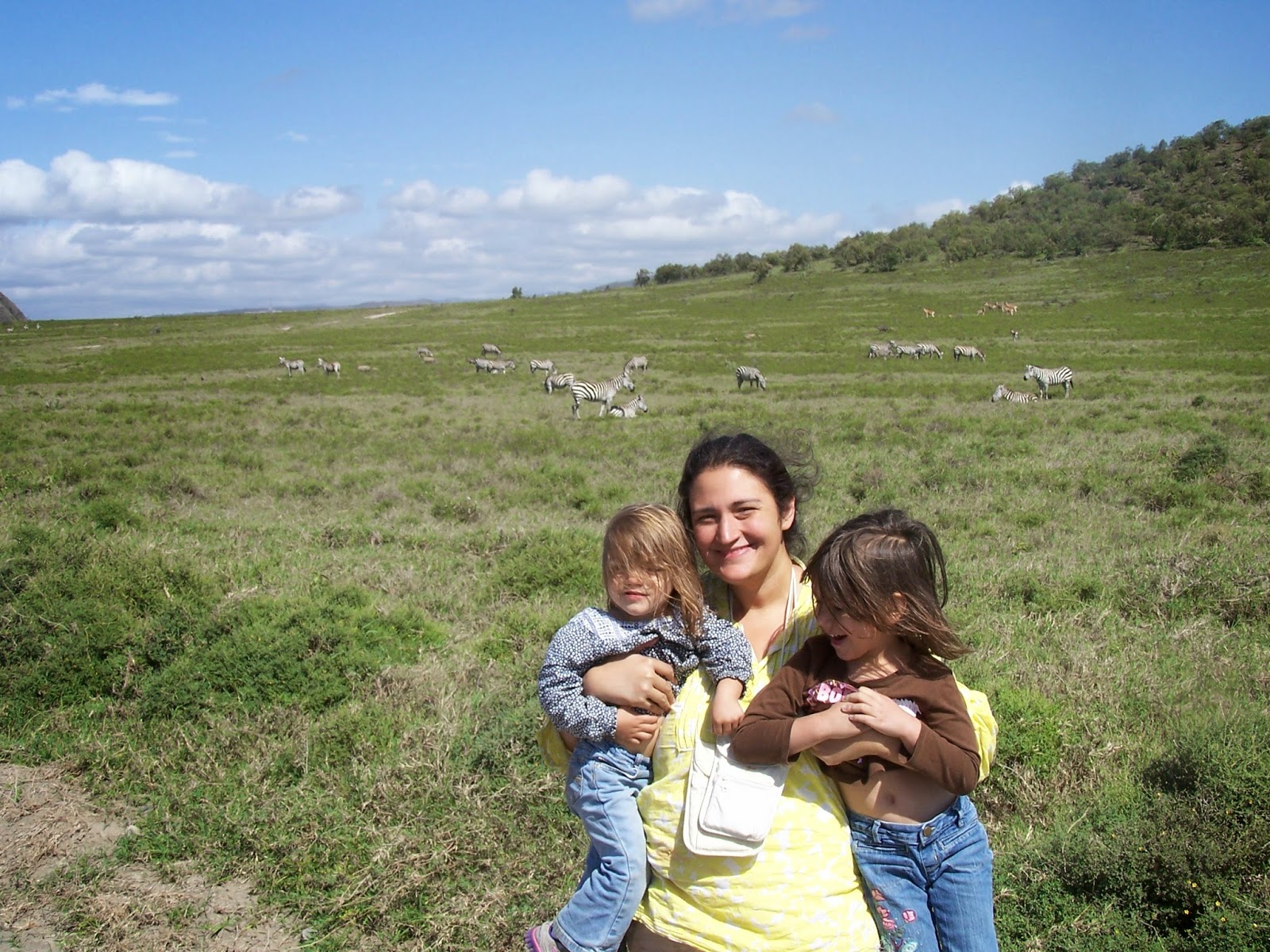 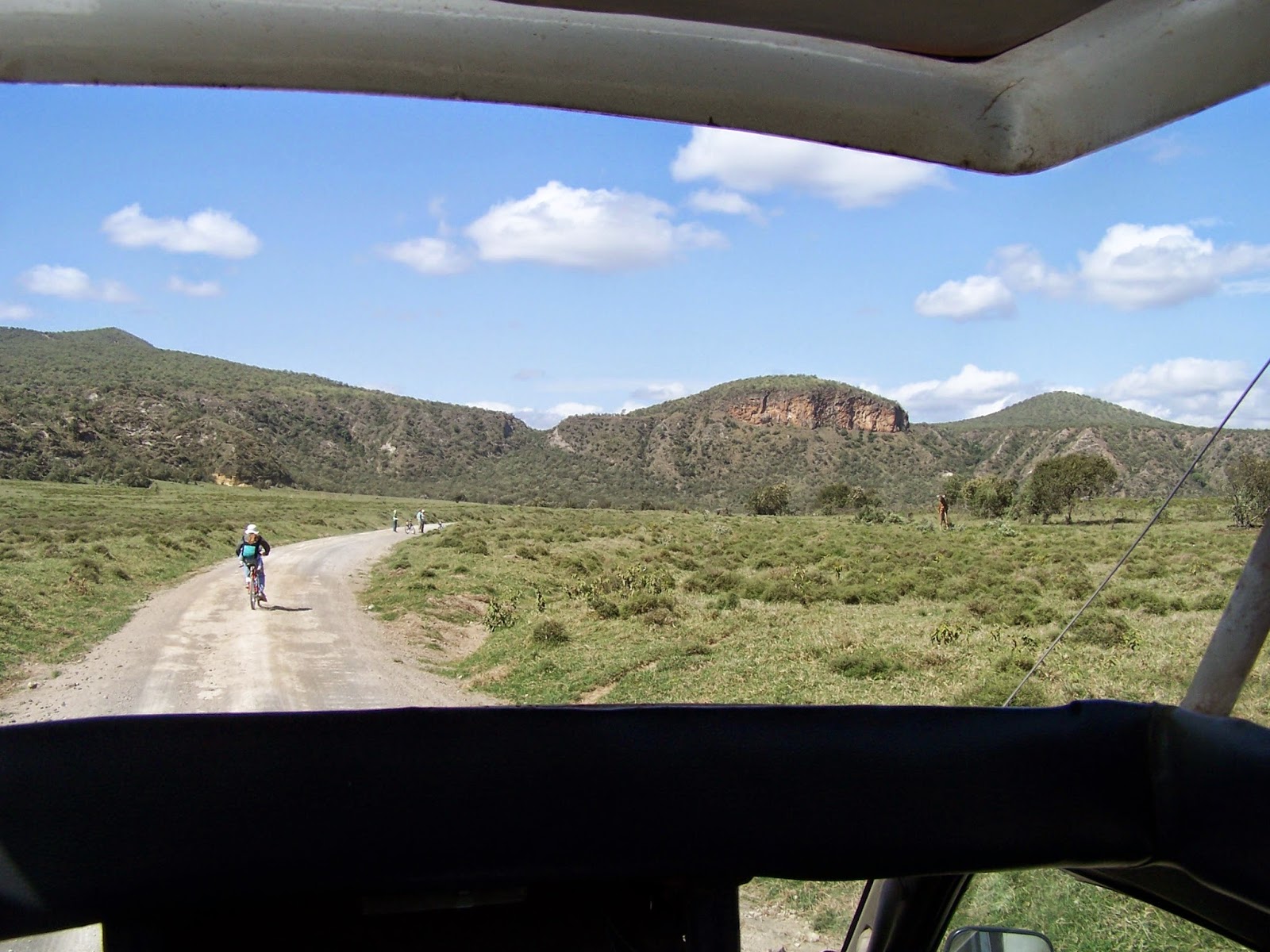 This was the point where Gigi got tired and Cheetah got bored.  Once she was on Dr. J's back she was in Heaven. 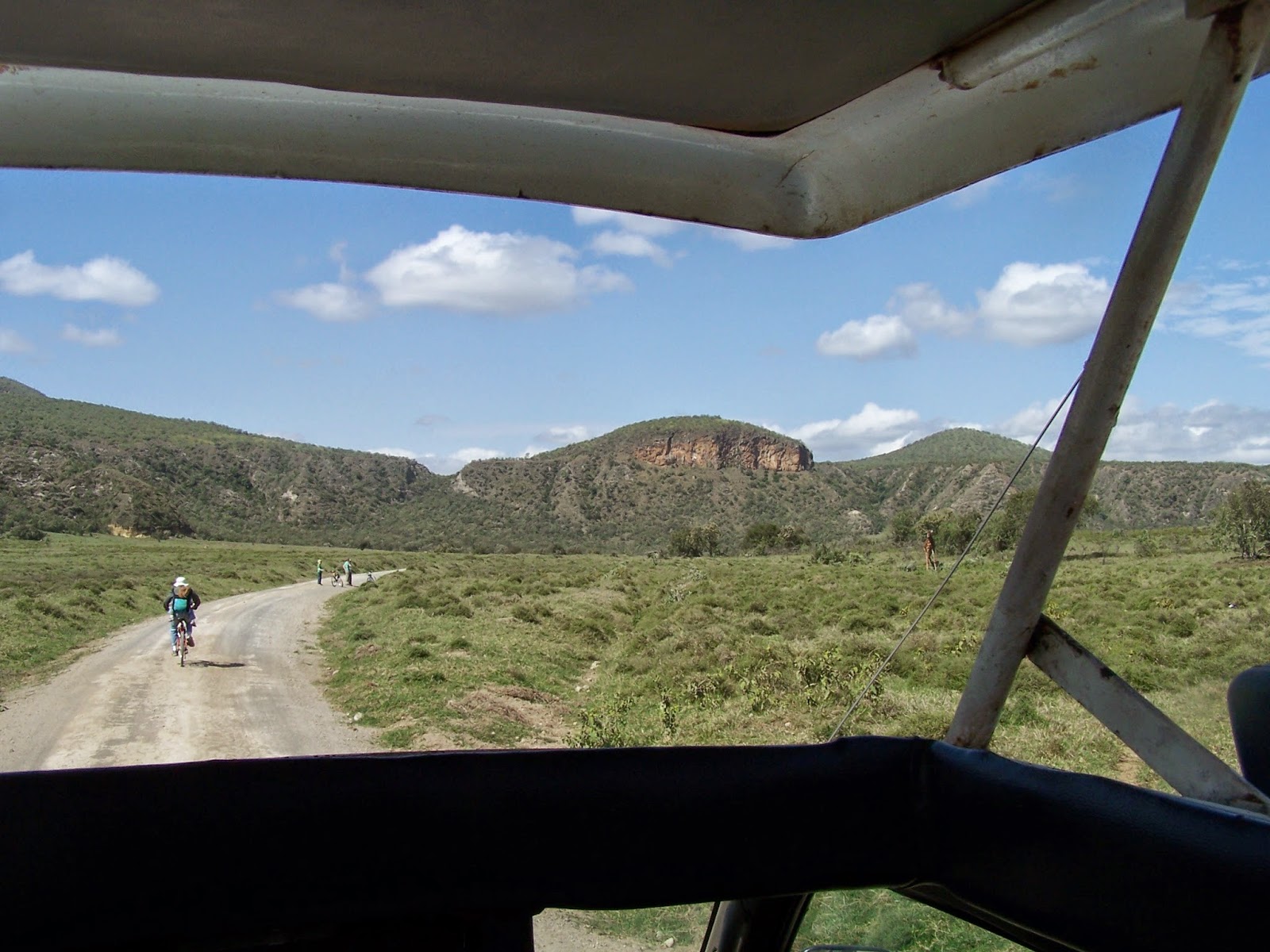 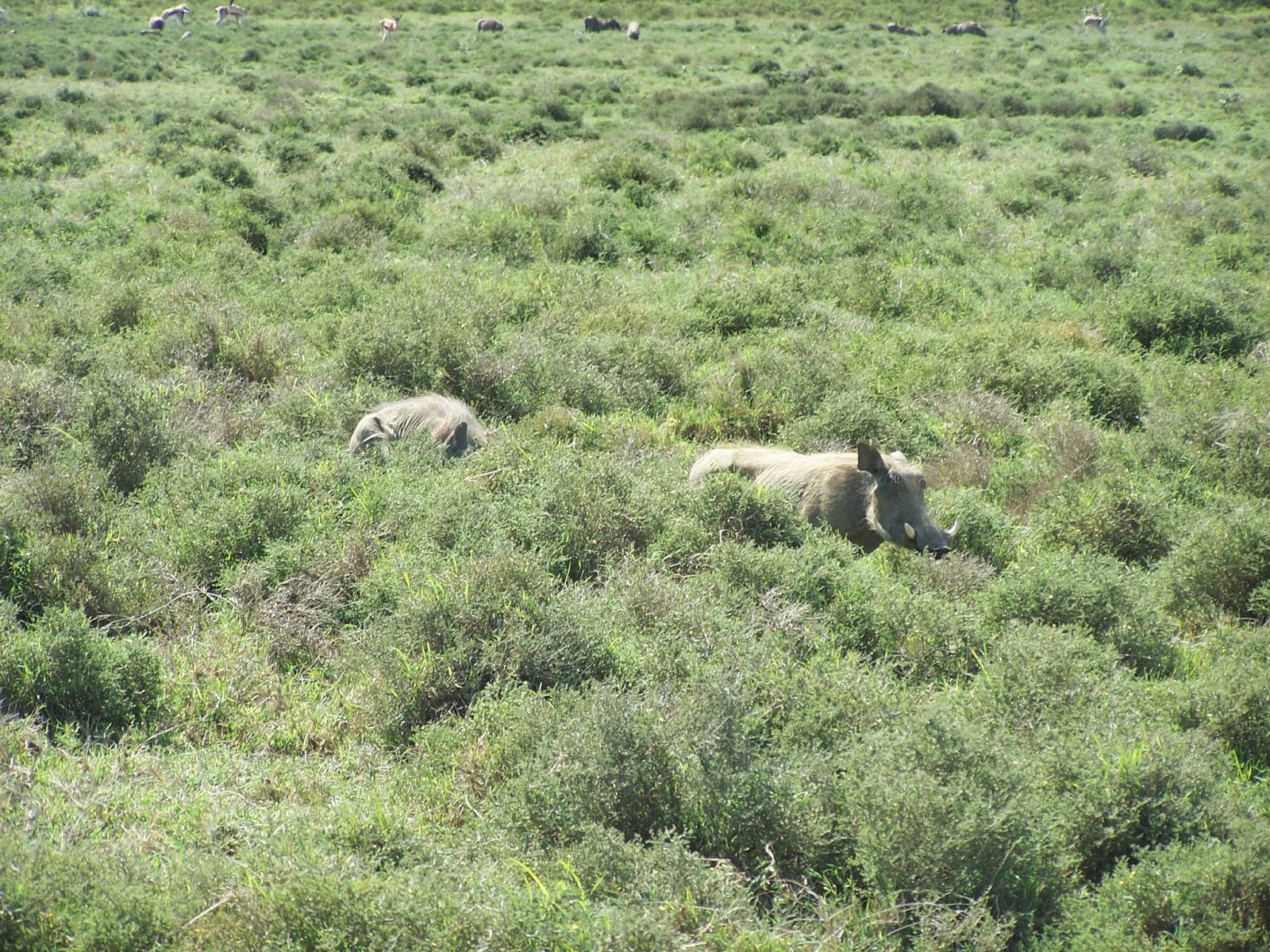 Wart hogs in the bush.  Their little babies are so ugly...but also adorable. 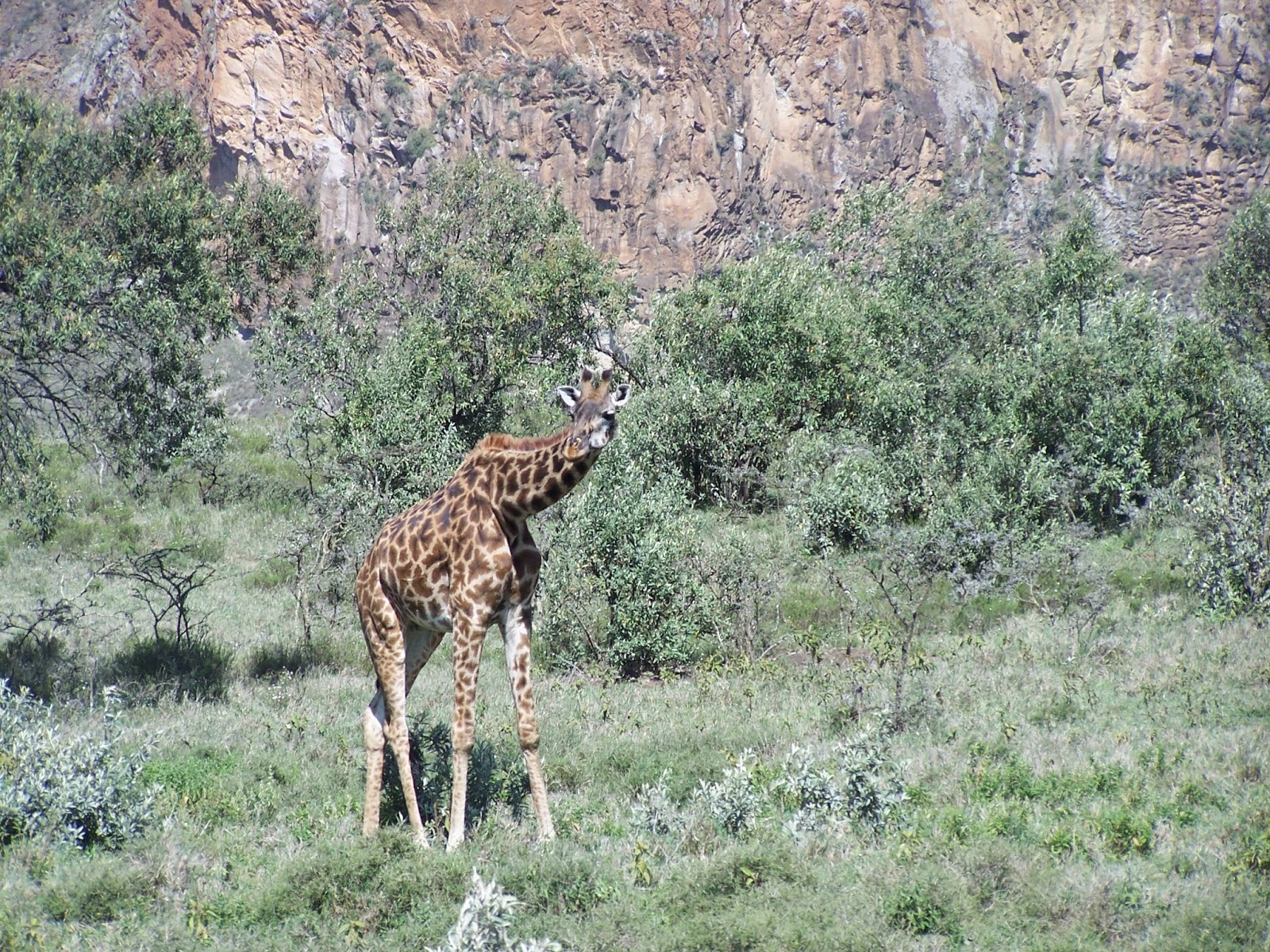 This giraffe had a baby hanging out just a few feet away from her. 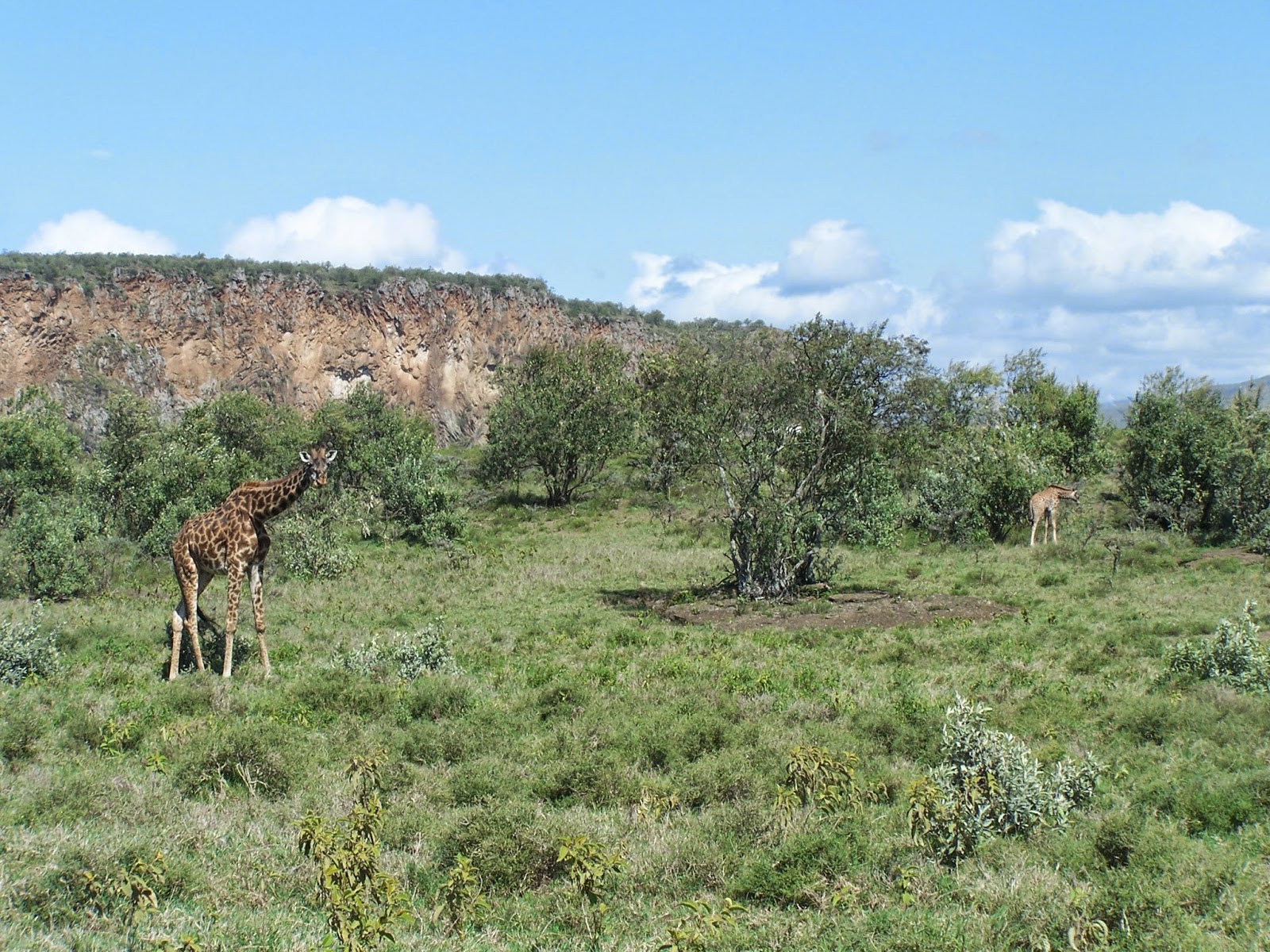 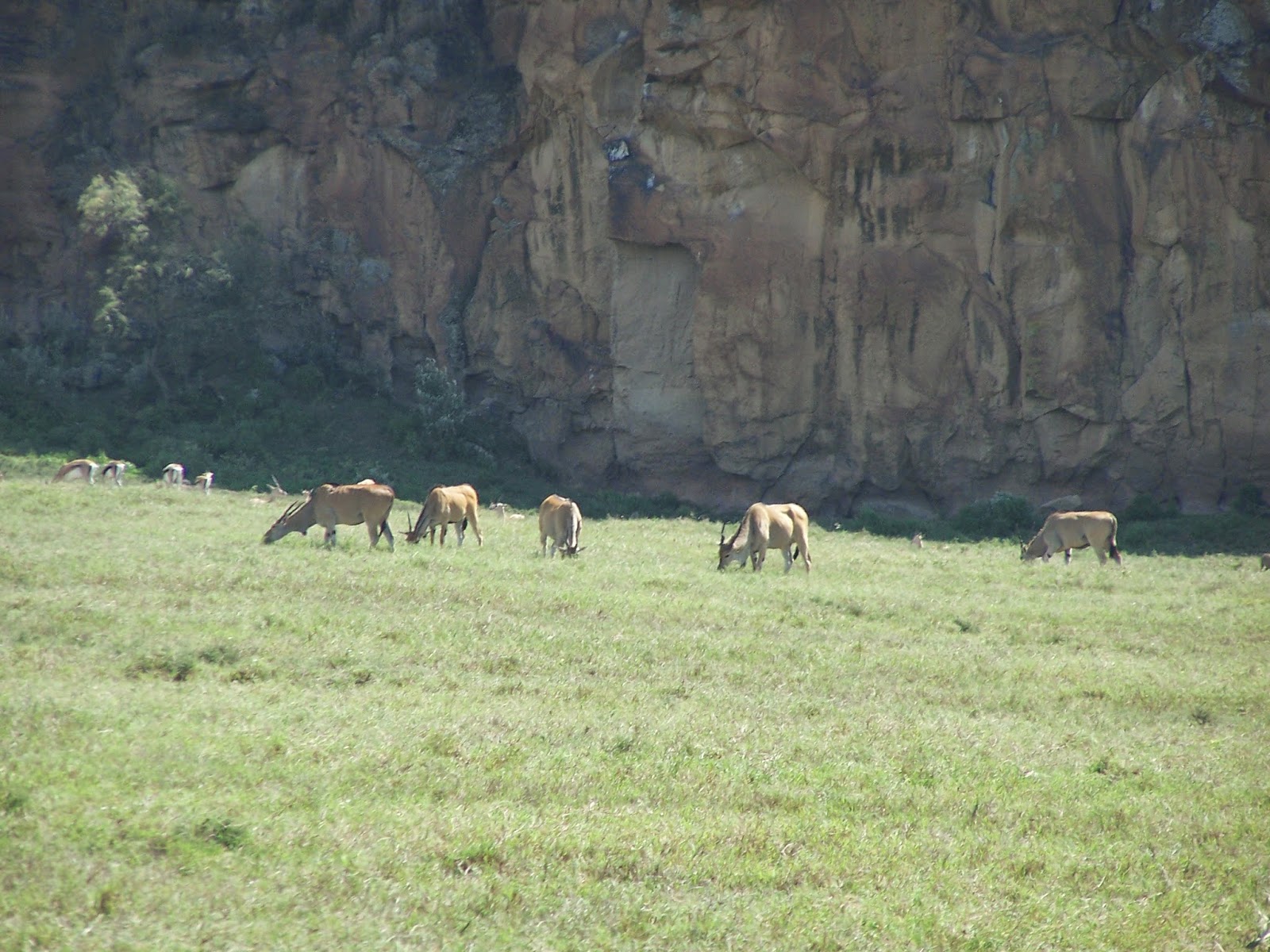 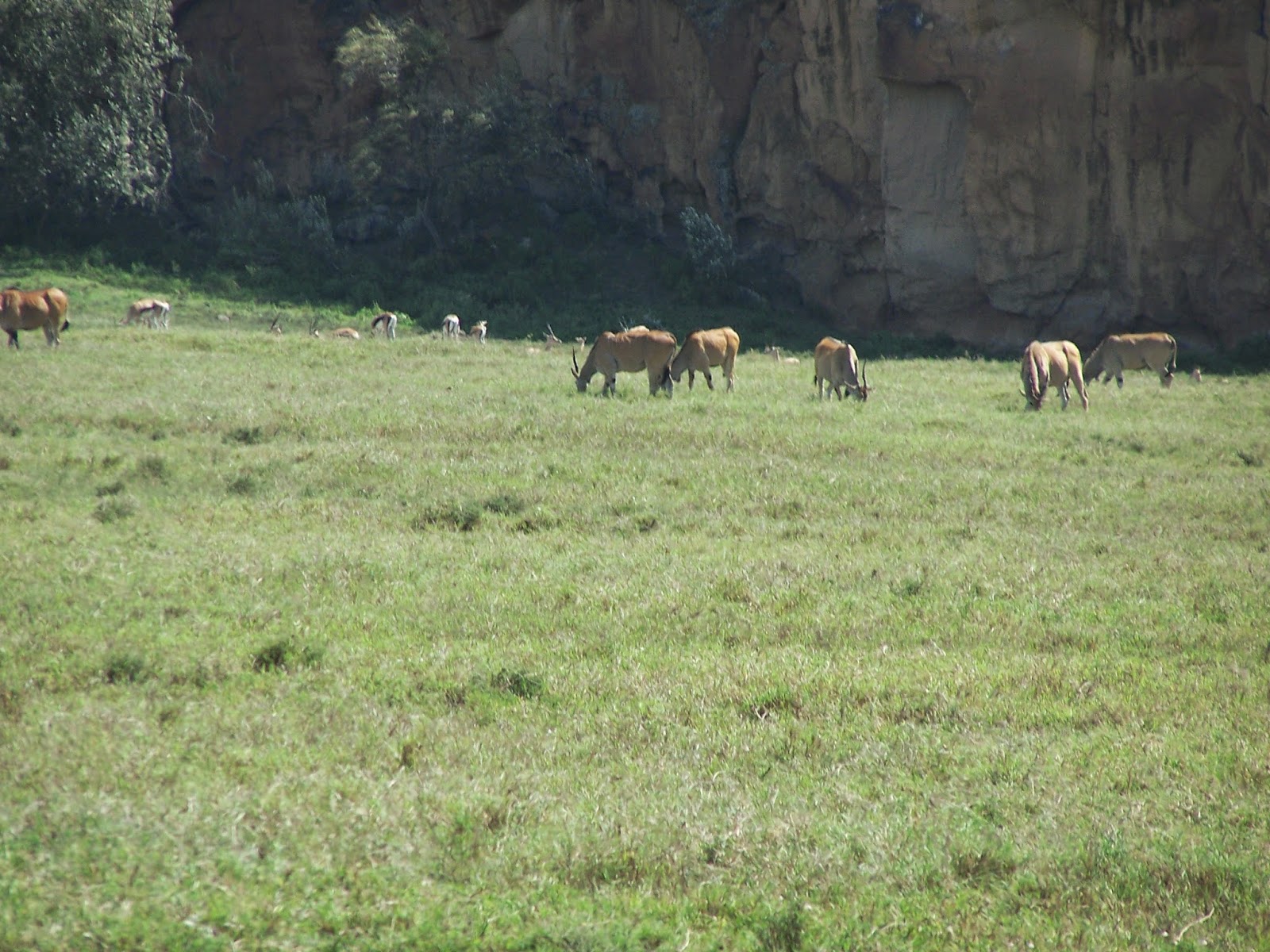 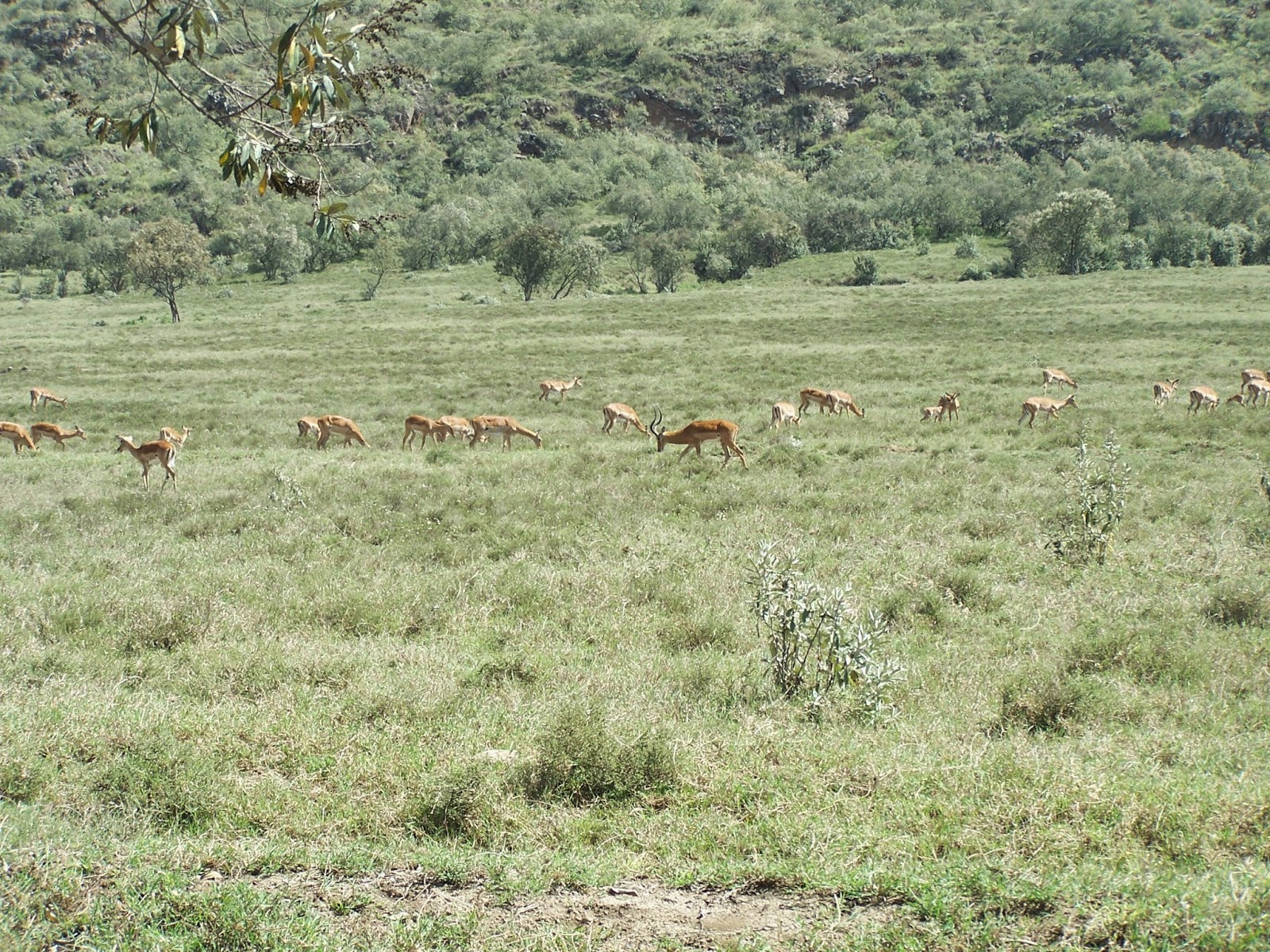 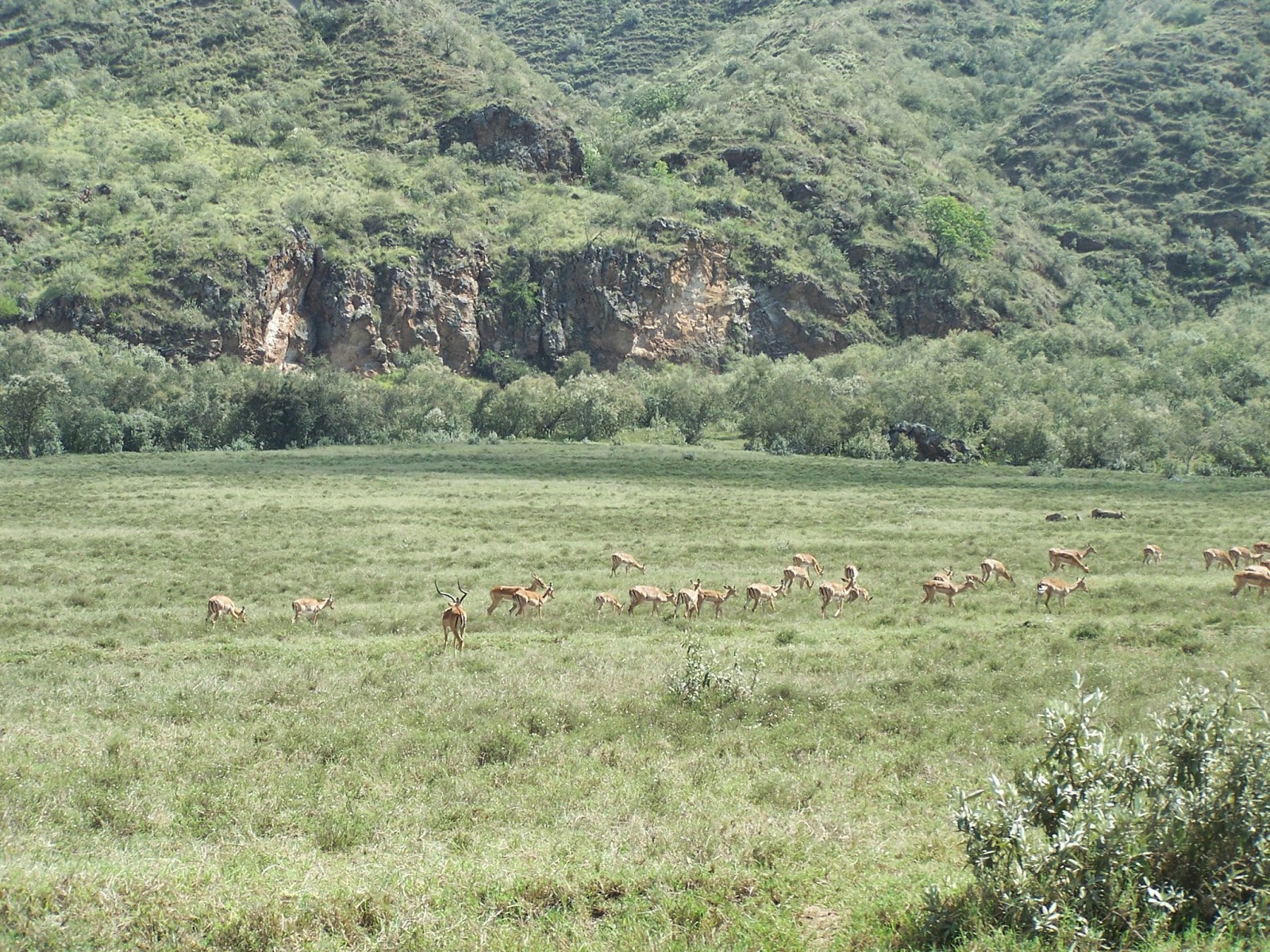 There were just a lot of grazing animals to be seen.  Overall this was definitely one of my top five experiences from the trip.  If you ever have the opportunity to be outside and moving during a safari I say you should definitely take it.
Posted by Glenda at 9:50 PM