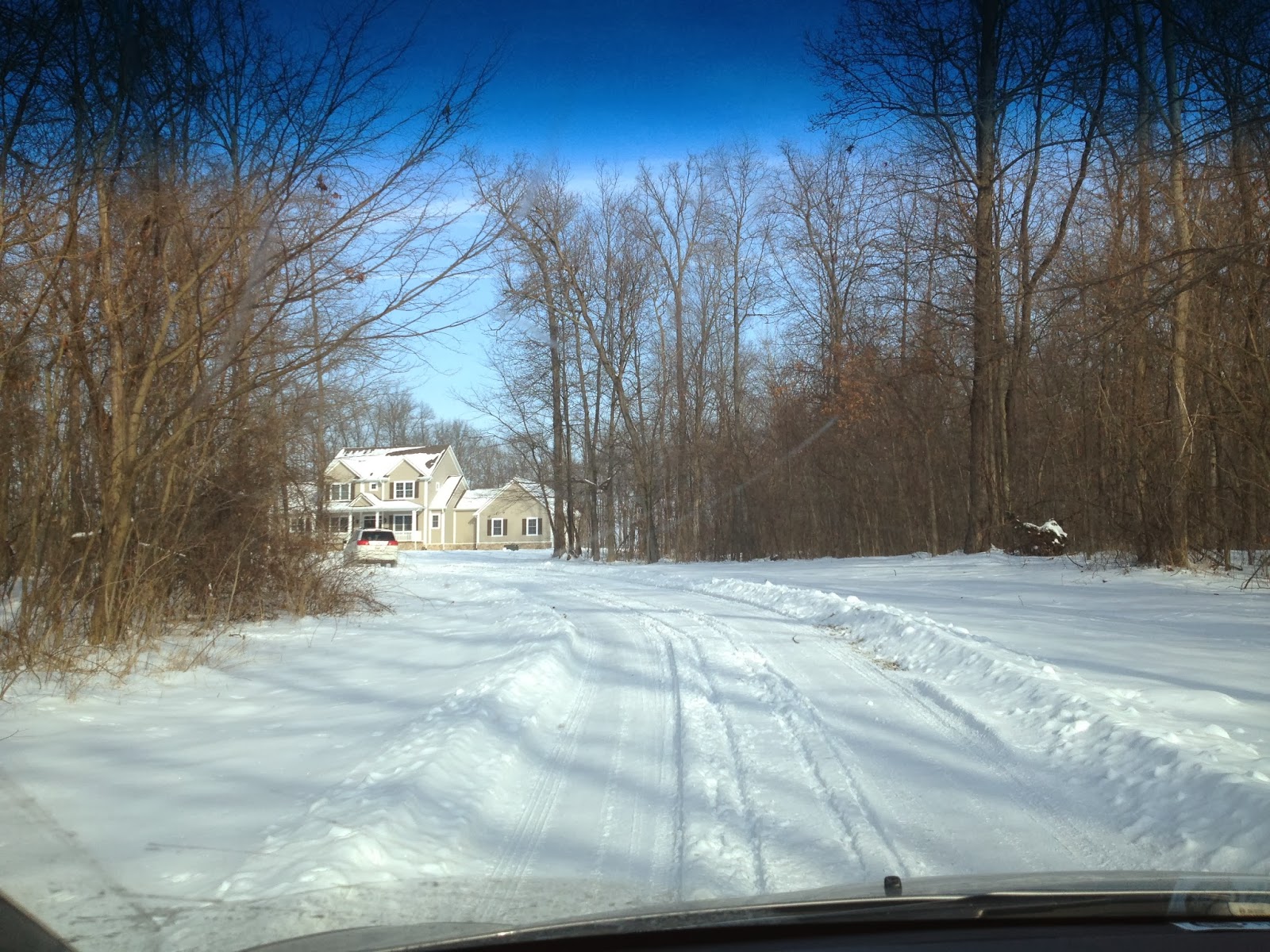 I spent the first 17 years of my life in Arizona where I only saw snow if we took a special trip to see it.  I learned to drive on nice dry roads in an automatic.  I even took my test at a DMV that only made you do a three point turn, not parallel park.  When I was 17 I moved to Provo, Utah to attend school.  Suddenly I lived in a place that had snow but without a car I just had to learn to walk on it, not drive on it.  Then when I was 21 I married my husband and inherited my first partial ownership of a car a 1984 Honda CR-Z.  I didn't drive that car once on the snow.  I was still a student and we lived right at the foot of campus.  I could easily walk to work and walk to school.  Any time we needed to go anywhere in the snow my husband was there to drive.  After that first year of married though we moved to central Illinois.  Suddenly we didn't live close to campus.  Suddenly we went two different places each day.  Suddenly he didn't have time to drive me to the grocery store or the post office.  Suddenly I had to learn to drive in the snow.  I've now lived in the Mid West 11 winters. I've drive in snow more than I care to remember.  I've driven on ice so thick I couldn't see the road underneath.  I've driven through mountain passes during snow storms.  I've driven in almost white out conditions.  I would call myself a decent snow driver.  Here are some things I've had to learn along the way in my adult life since I didn't get them in my teen years.

1) Park in a garage if you can - Having to clear your car makes everything worse.  It is cold, it is wet.  You do not want to stand outside uncovering your car.  For eight years we lived in a lovely little town house that we adored that was super reasonably priced.  The only problem.  NO COVERED PARKING!  In the Midwest that meant that I'd often end up with windshield wipers stuck to my car or on particularly cold wet days my doors would actually be frozen shuts.  Seriously no fun.  When we bought our house a two car garage was an absolute must as well as enough outside(shed)/inside(closet) space so that we would be able to use our garage and not just have it to hold our junk.  I take pleasure in parking in my garage everyday and everyday I have to travel in the snow starting out in a warmer car makes it so much better. 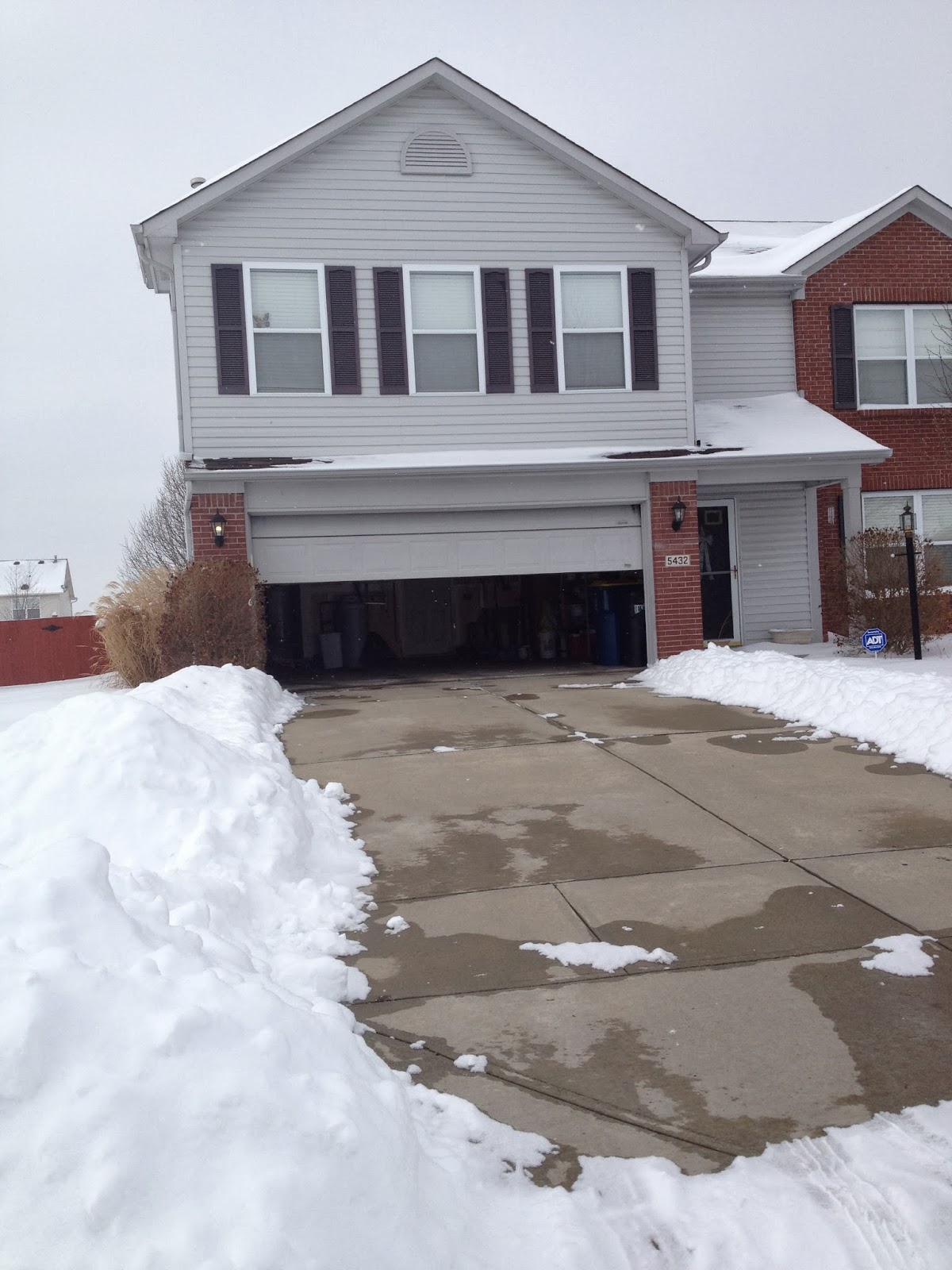 2) Clear snow off your driveway - The awesome thing about the sun is if you get the driveway shoveled even on a cold day if there is a little bit of sun it will often melt off that last little bit and leave you with a dry place to land.  Don't shovel the driveway and every time you drive over the snow it gets more compacted onto concrete.  It melts a little and becomes ice.  It gets extremely difficult to shovel off and makes everything into a slippery mess.

3) Take your car to the car wash - It seems ridiculous to be washing your car when you just know it is going to snow again but the salt is extremely corrosive and if you don't get your car washed occasionally during the winter you increase the chances of rust forming.  Make sure you pick a wash that sprays the undercarriage.  Nothing like having the bottom of your car rust off to ruin your day. 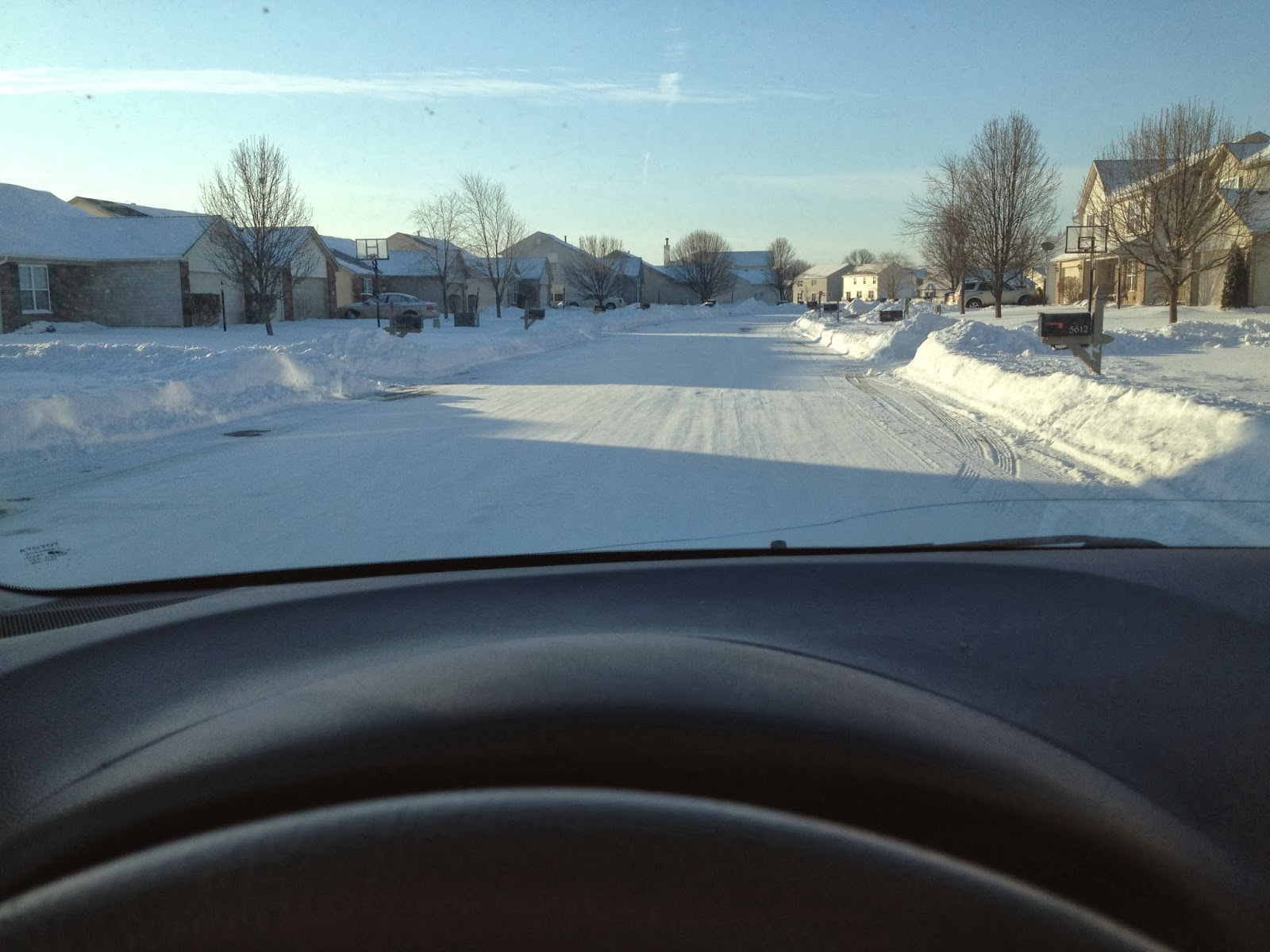 4) Driving safe on snow mainly involves the components of speed and spacing.  A lot was made about the recent snow storms in the south and how they were not capable of handling the snow because of lack of plows and salt.  Here in the North we know that even with plows and salt you aren't always going to have a safe surface.  For whatever reason this winter has been the worst anyone in the state can remember.  The result our neighborhood has been an ice rink for two weeks and many of our city streets have been covered in various degrees of snow, ice, or slush for weeks.  Now sometimes it is just too unsafe to drive so if you don't have to, DON'T.  If you have to drive, drive SLOW and leave lots of SPACE.  Slam on your breaks when you have no traction and you will skid, maybe even spin!  No worse feeling than being in a car and feeling it go the opposite direction you intended it to go.  If you start to skid, take your foot off the gas.  Don't slam your foot down on the break but you can gently pump it.  Turn your wheel toward the direction you are skidding.  Now sometimes that advice is going to stink, like the time when we were skidding toward a stream on a road that basically had no shoulder.  I'm not going to lie I was a little freaked, but I slowed down, gently tapped the breaks and tried to keep the wheel relatively steady.  We were lucky.  Spacing is important because you'll need the extra time when coming to a stop to decelerate via pulling your foot from the gas and then gently using your break.  So if you know a stop sign is coming, start slowing down.  If you are driving with other cars put twice as much space between you as you normally would.  Sure four wheel drives are awesome but I see trucks going off the road just as often as anyone else.  Probably because they think they can drive faster.  They SHOULDN'T!

5) Watch out for black ice.  Sometimes you can't see snow or ice on the road but if the temperatures are down and there is a tiny bit of water on the road you can get ice.  Last nice we had a rain storm while it was 29 degrees outside.  This morning there was a lot of ice on the road.  Some of it was big and chunky but as I was driving my son to the doctors on a road that looked almost clear I felt the car start to slid.  If it has been damp and cold be aware that black ice might be on the road.  Take precautions and drive slow.
Posted by Glenda at 2:41 PM