Grandma sent us this doctor kit.  This is probably the fourth one we've bought or received but this one had some bits we have never had before that the kids love.  First off there is a pager.  It actually goes off periodically and it sounds just like Dr. J's...as if we need another one of those but the kids thing it is pretty snazzy.  The stethoscope makes two sounds, one sounds like a heart, one a cough.   There is a tiny cell phone that makes noise and what my kids consider to be the best part, there are these tiny little blue glasses. Do doctors need glasses to look brainer?  Is there a single character on Grey's Anatomy that has them?  What about ER?  Did anyone besides Doctor Green wear glasses? Maybe they just all had LASIK :)  Dr. J desperately wants LASIK.  Who knows maybe it would have helped with the home hair cut.  Every time we have a couple thousand dollars lying around thought it always goes to bills...maybe someday.  For now though, Peach adores glasses.  It makes me laugh at how often she just walks around wearing them.  It reminds me of how my sister convinced a optometrist she needed glasses just because she thought they were super cute and wanted some :)  Along with the glasses they just like pretend to be the doctor.  It makes me wonder if any of our children will follow Dr. J into medicine or if they'll say "Heck no, anything but this."  The positives on being a doctor...you get to help people, a life of service, you get to study science, you make a better wage then most.  The negatives...takes tons of time and tons of money.  Sort of toss up for me.  I read this recently One Million Dollar Mistake: Becoming a Doctor and I honestly can't tell you how I feel about this.  I guess if the kids really wanted to do it I'd be for it.  If they are just looking for a way to make some money I'm going to tell them to join a fortune 500 company or become an engineer. 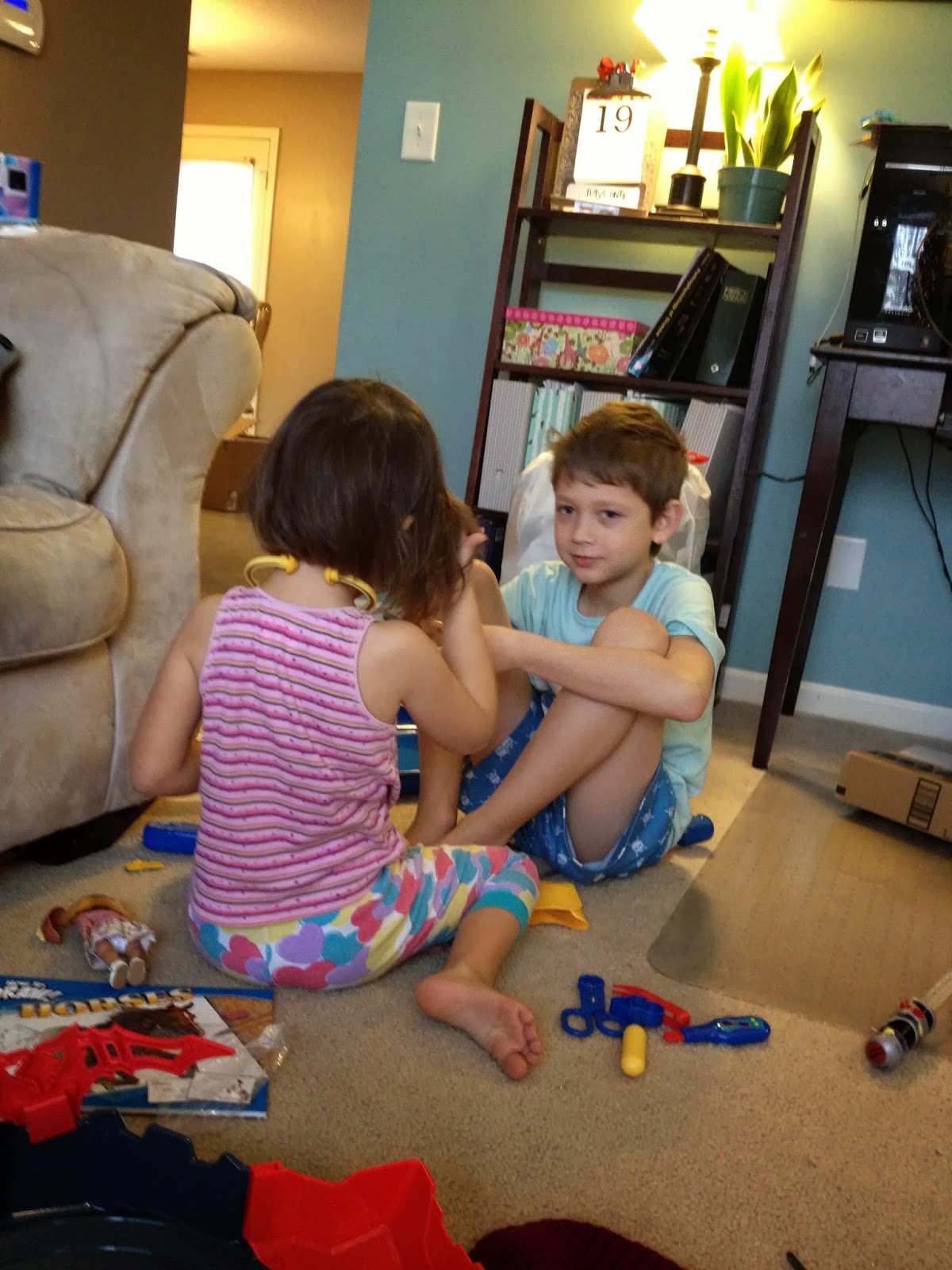 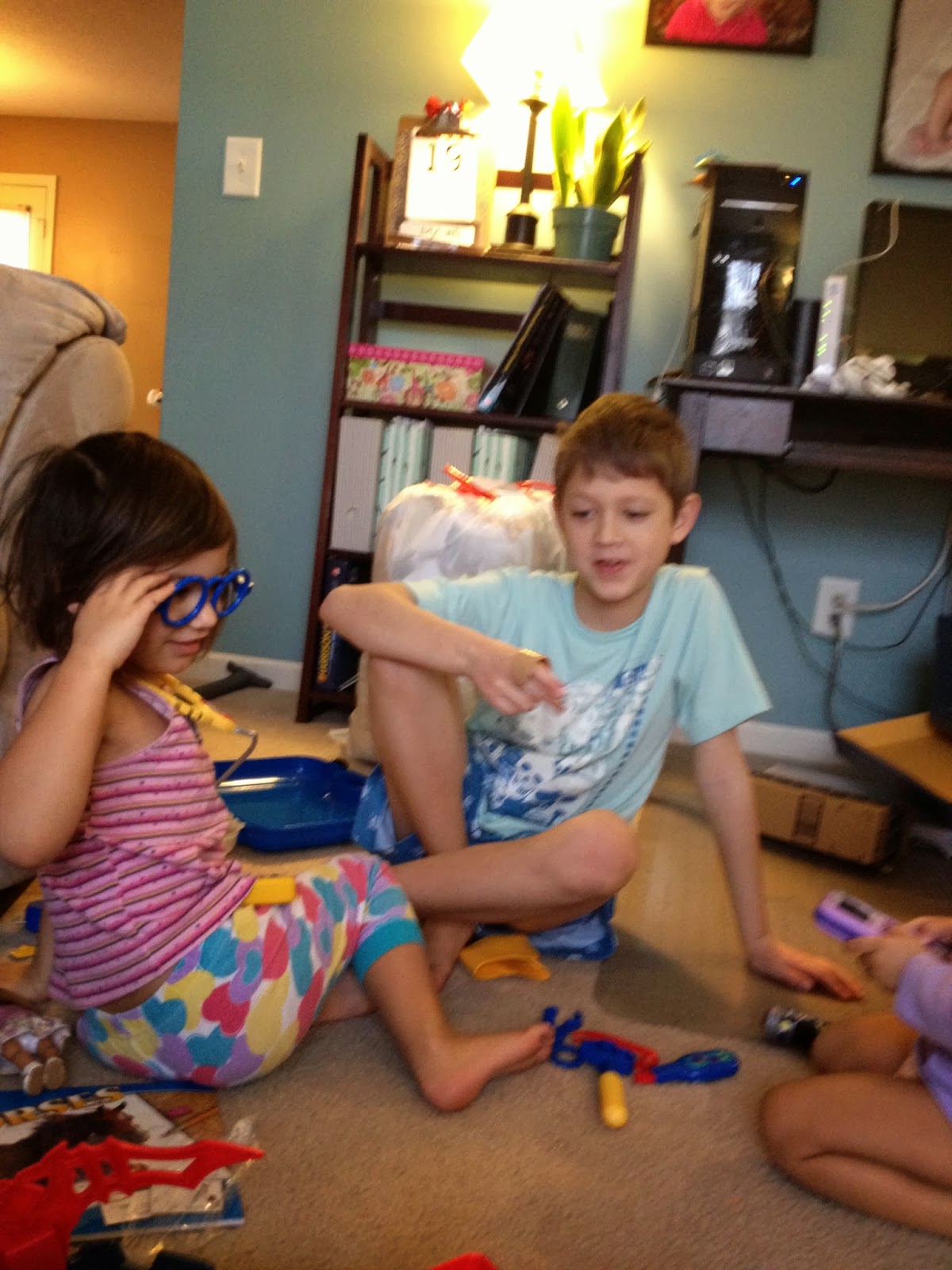 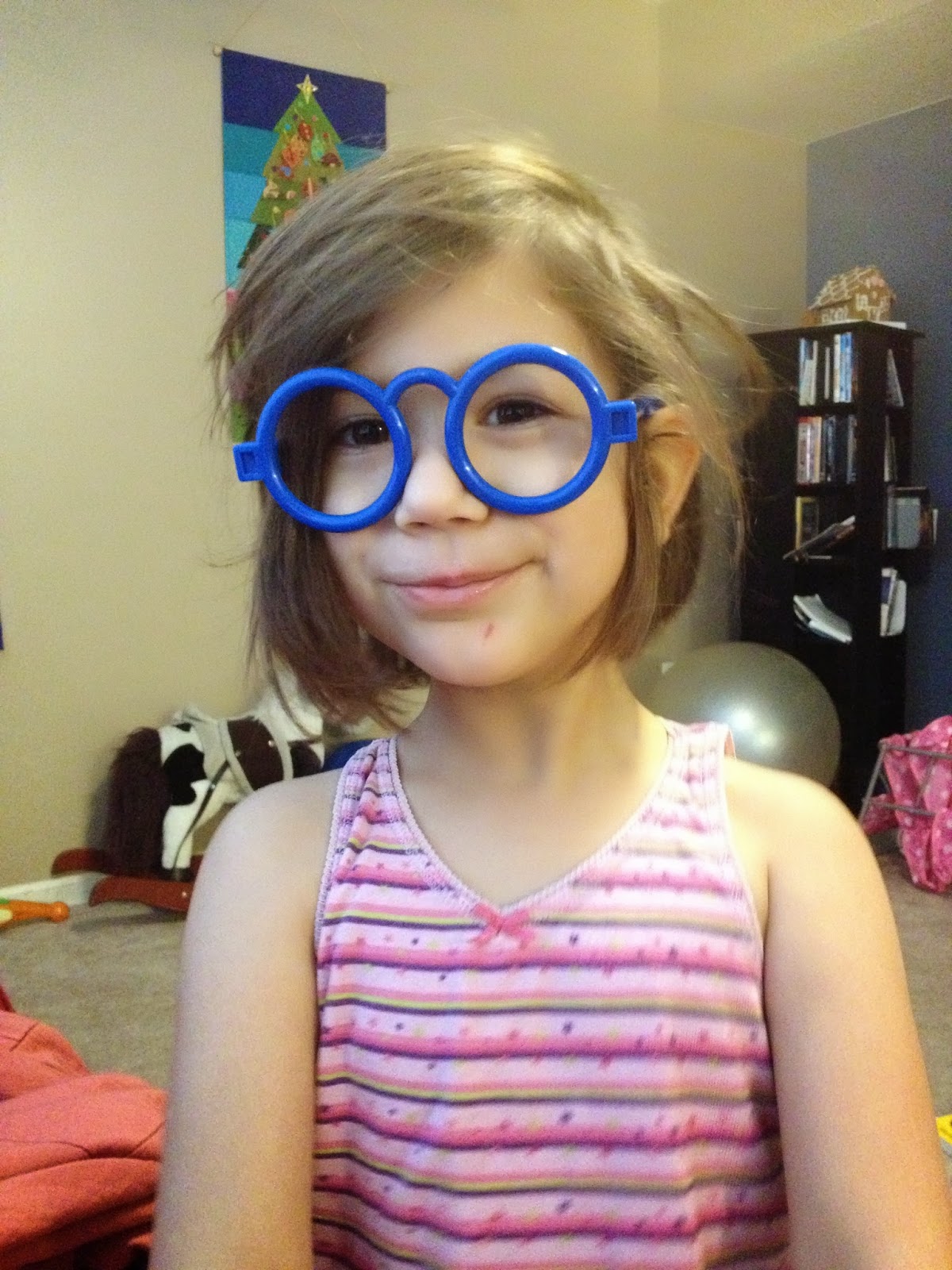 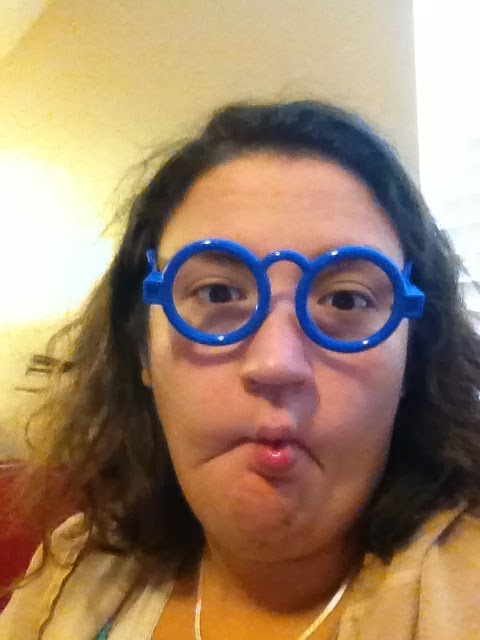 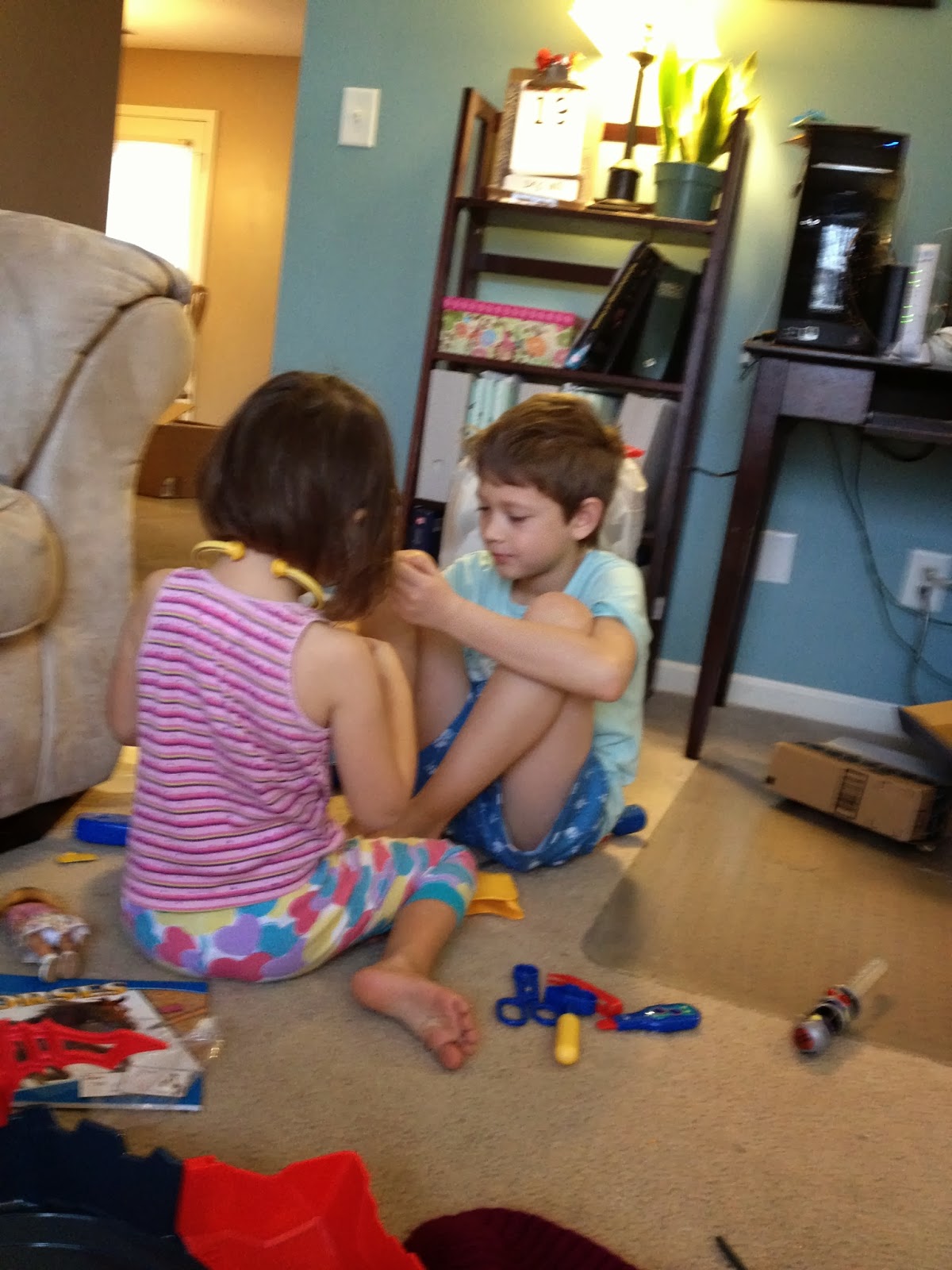 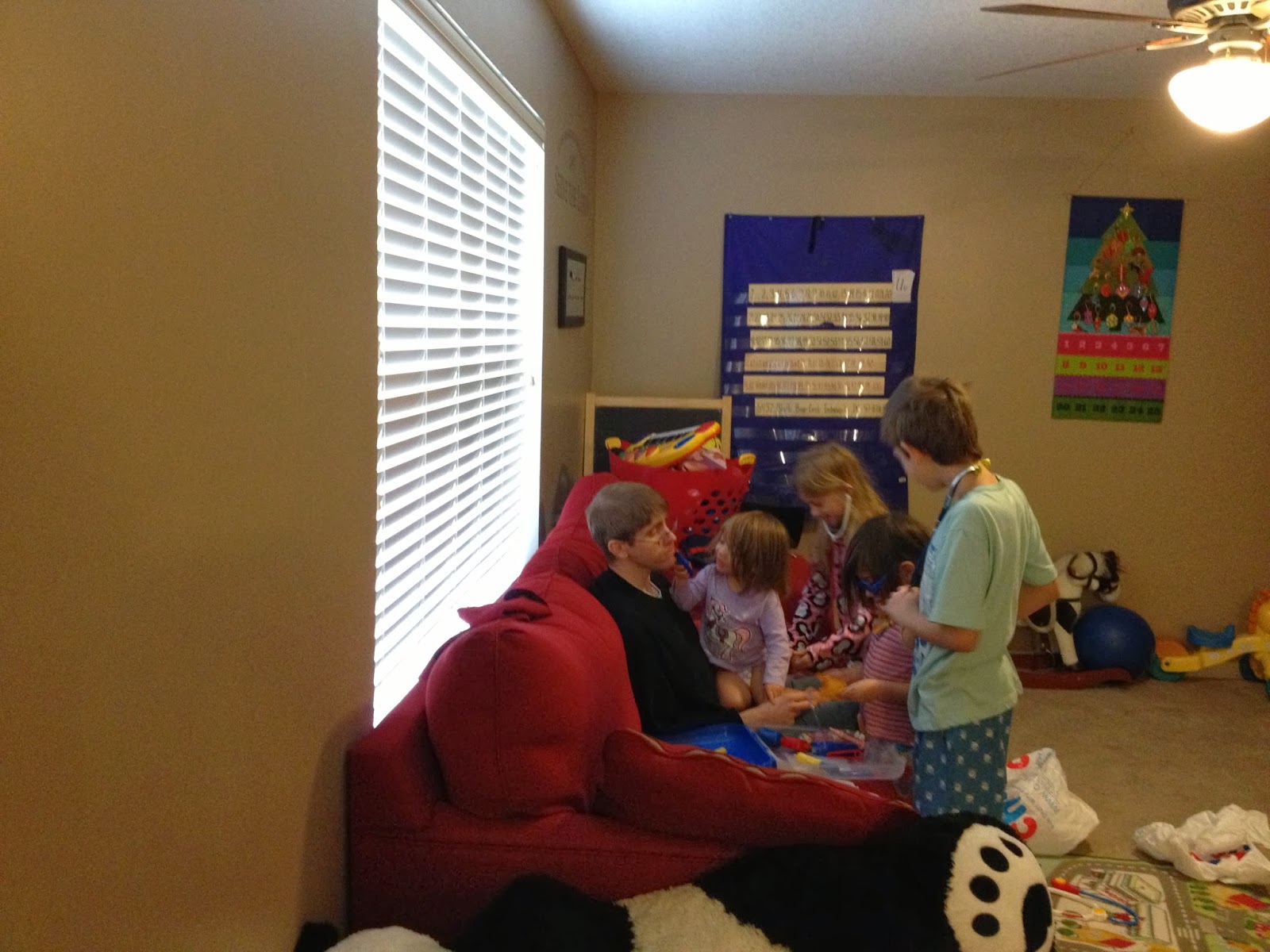 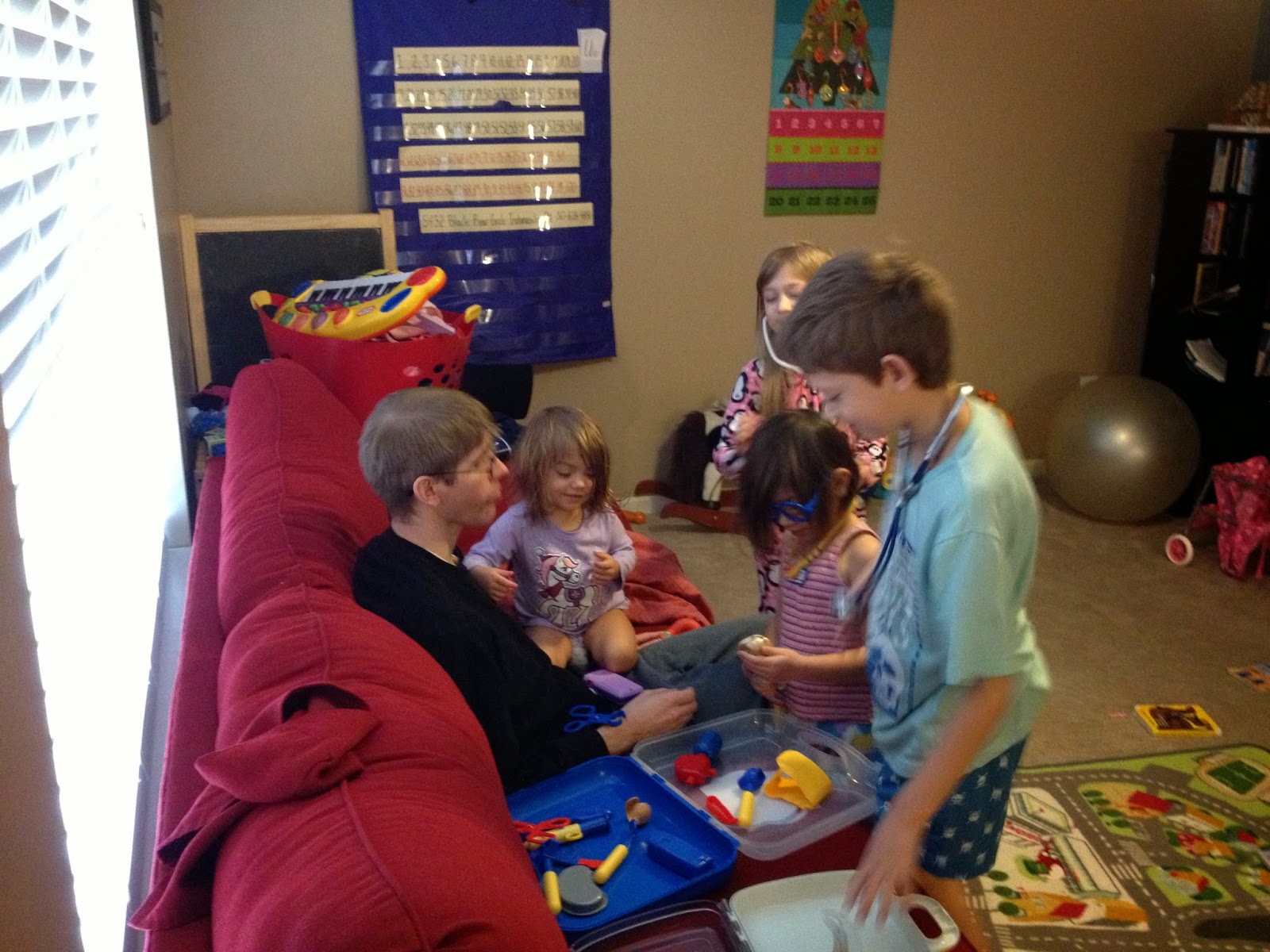 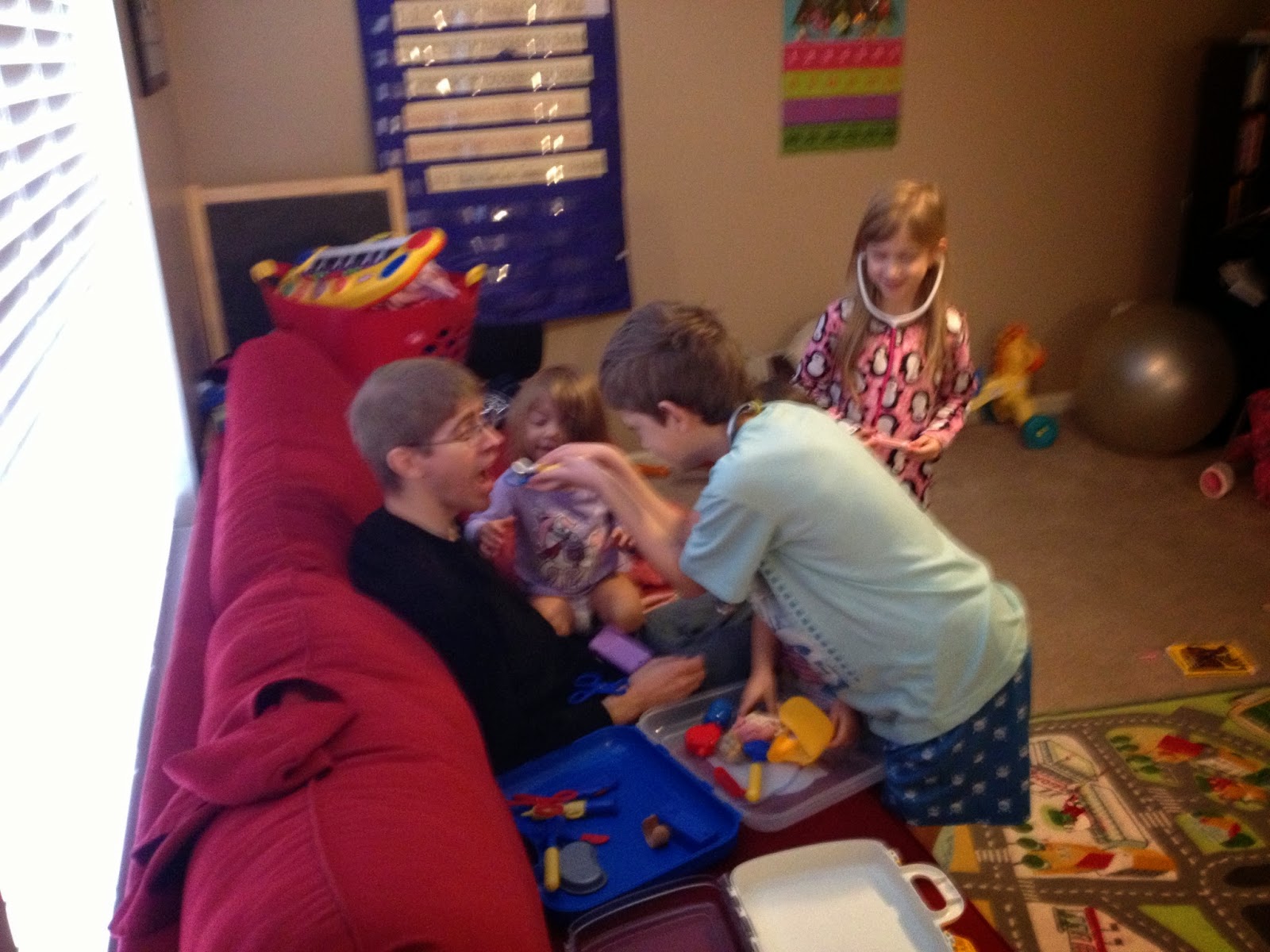 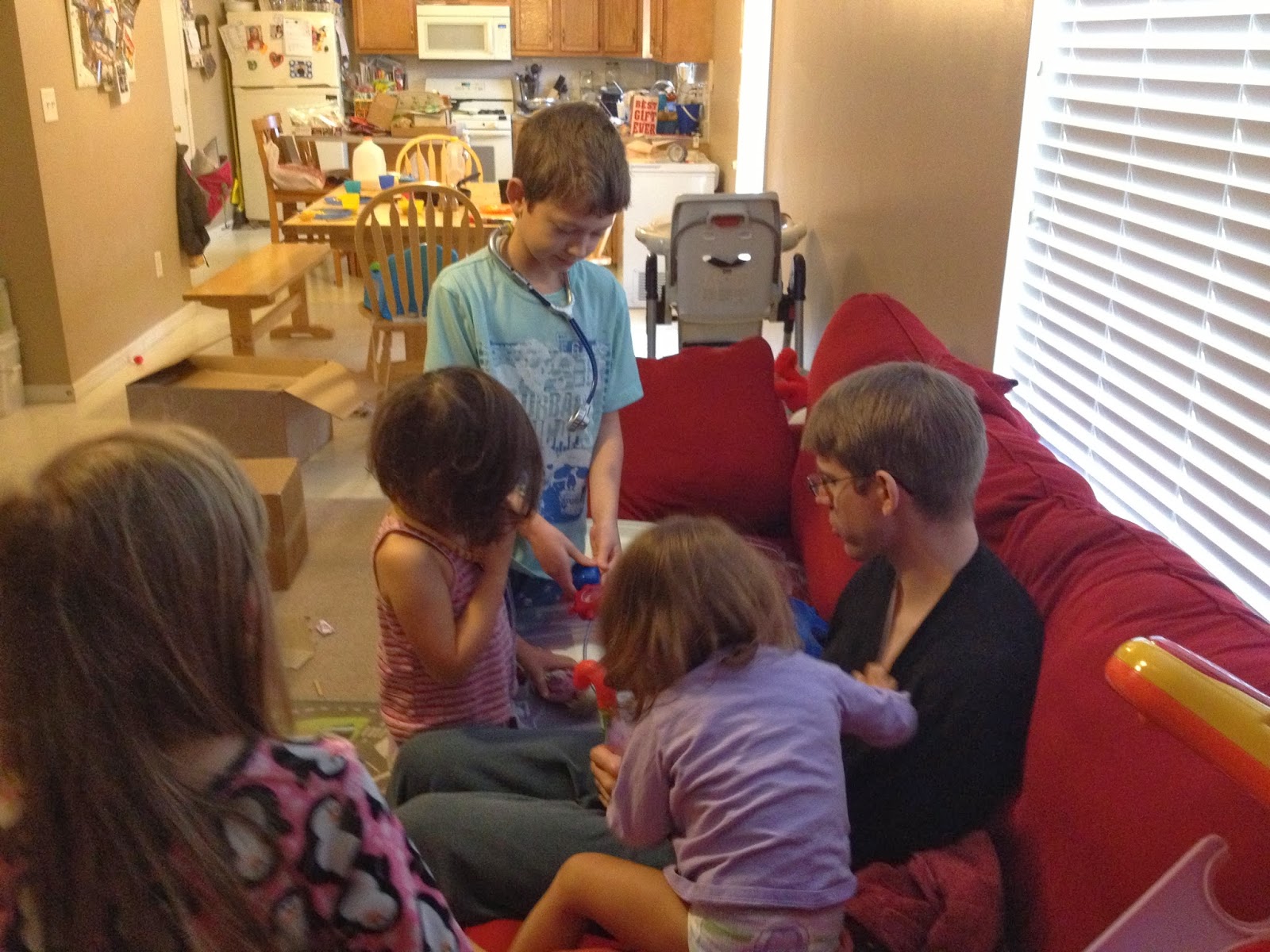 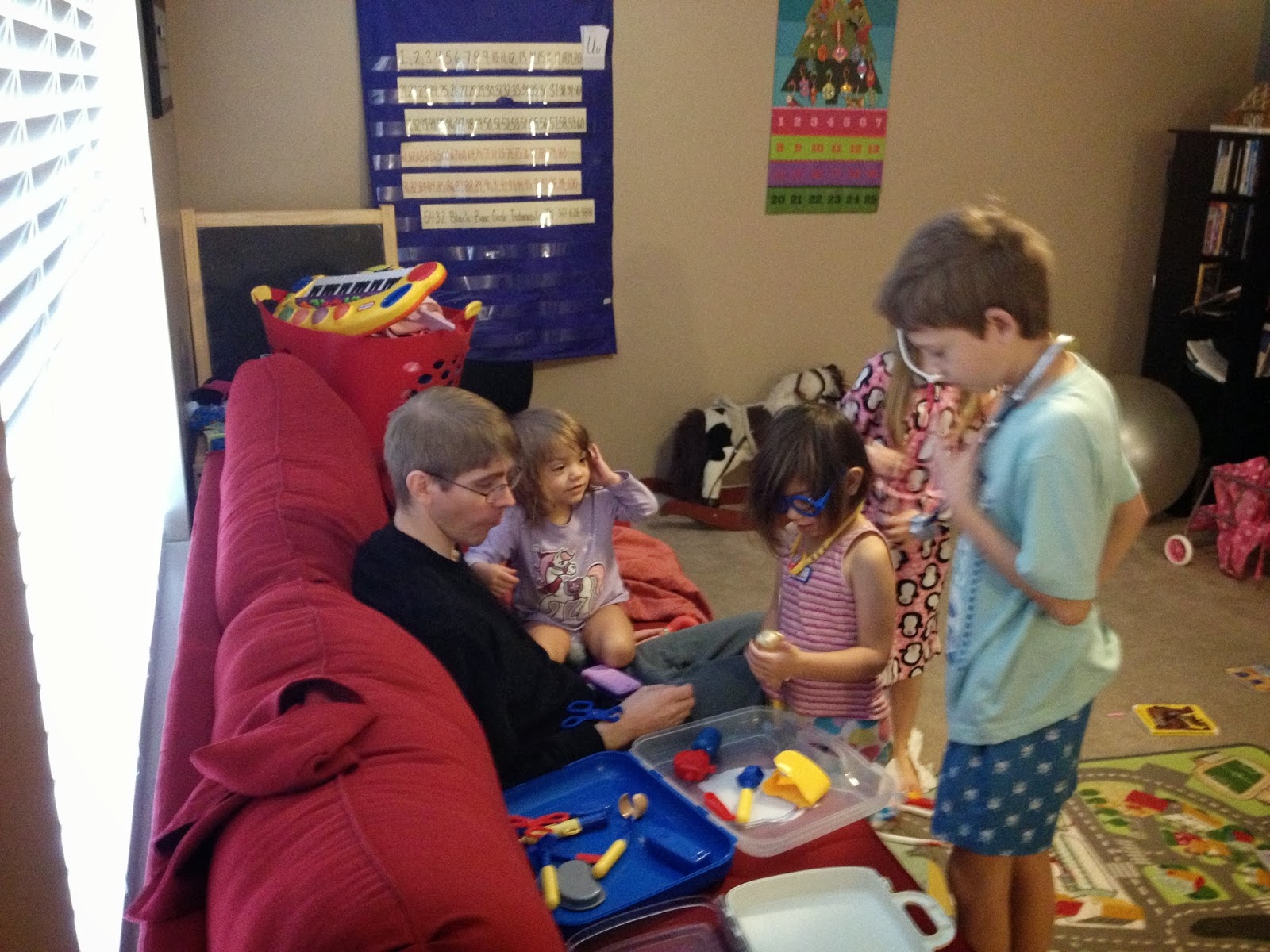 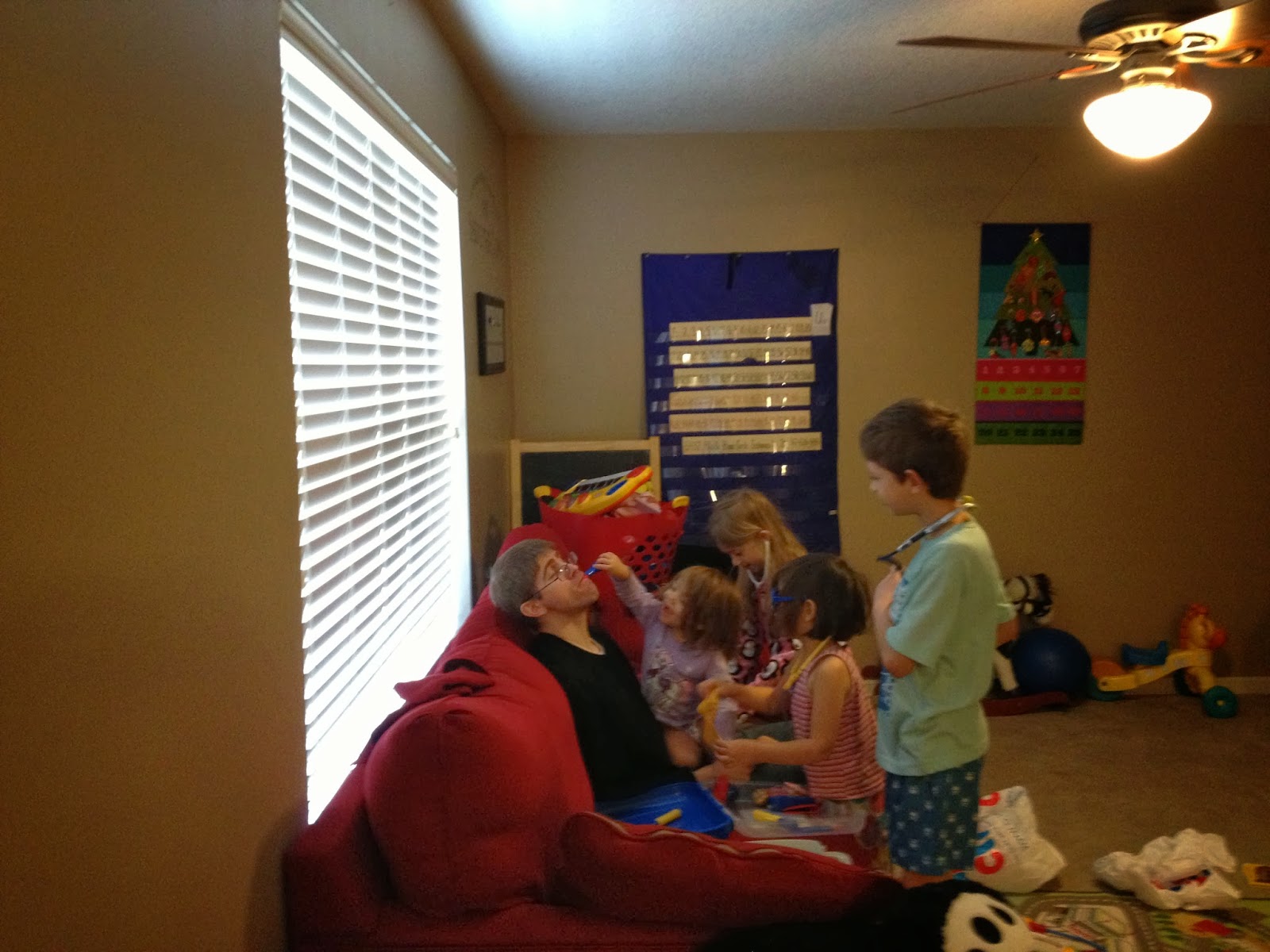 In other toy related news my children spent two weeks enjoying all the boxes that delivered Christmas toys.  I told them that after break was over we'd toss them all.  Due to the horrible weather, and the week of cancelled school following Christmas break they got an extra week with them.  They spent a lot of time building cardboard forts and playing trains.  Gigi dragged a box around full of books for three weeks, like 30 books.  I'm not going to lie it did drive me a little bonkers, but they had a great time.  Then true to my word as soon as school started up again I tossed them but by then they were just shells of their forever selves, covered in marker, crayon, and tape, cut and squished, pieces ripped off.  They had more than served their purpose and I was proud to throw them in the recycling bin. 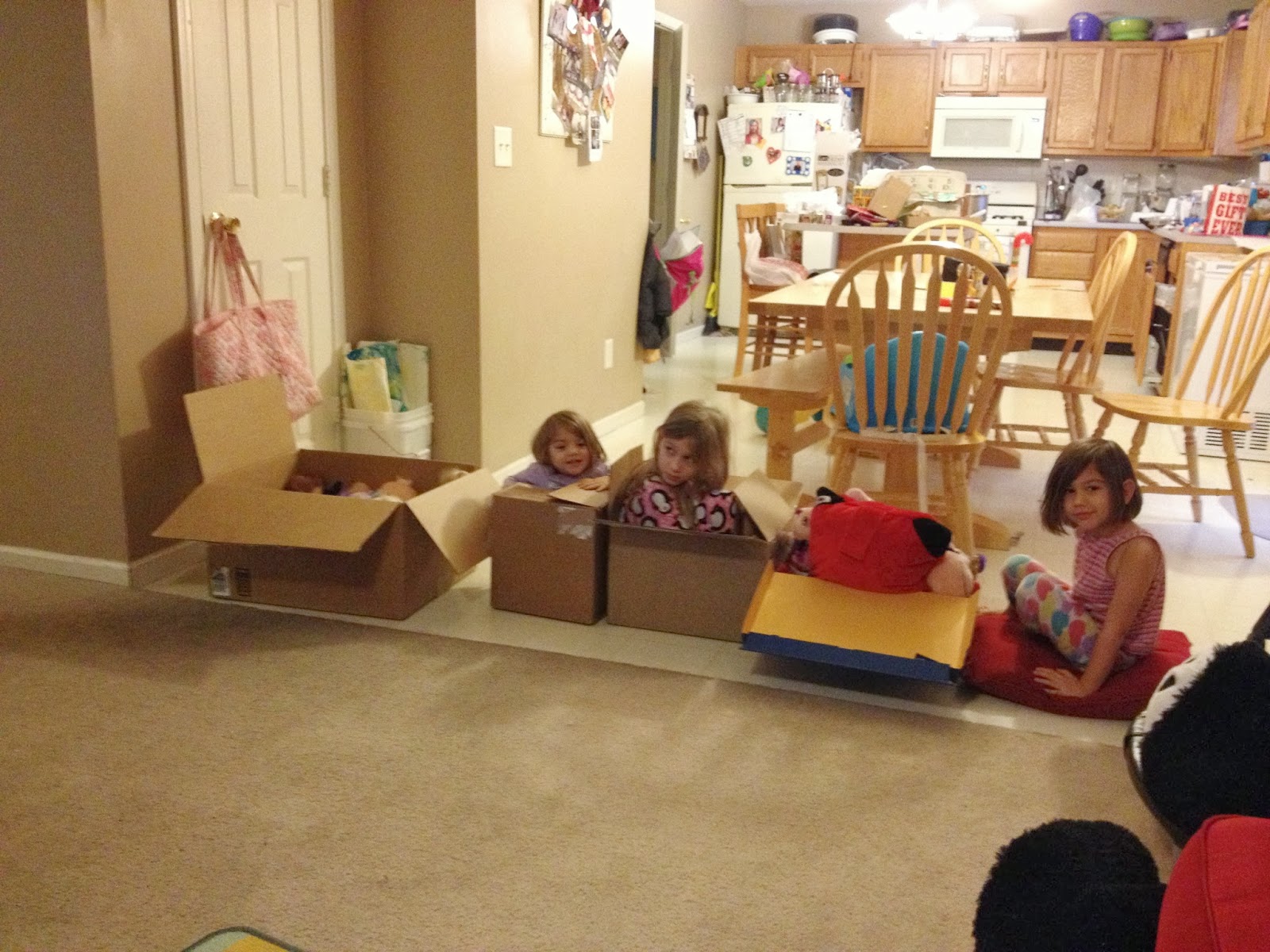 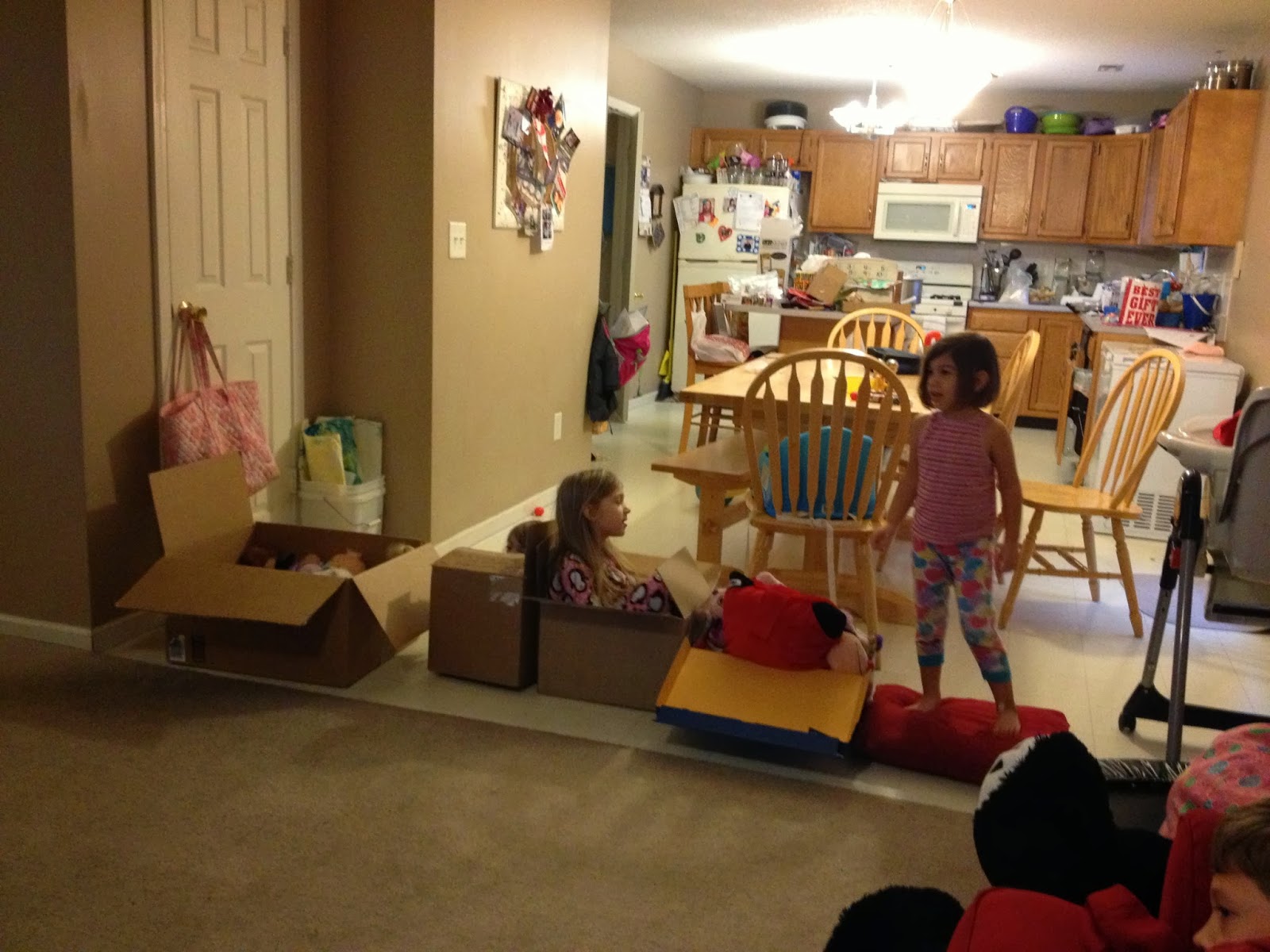 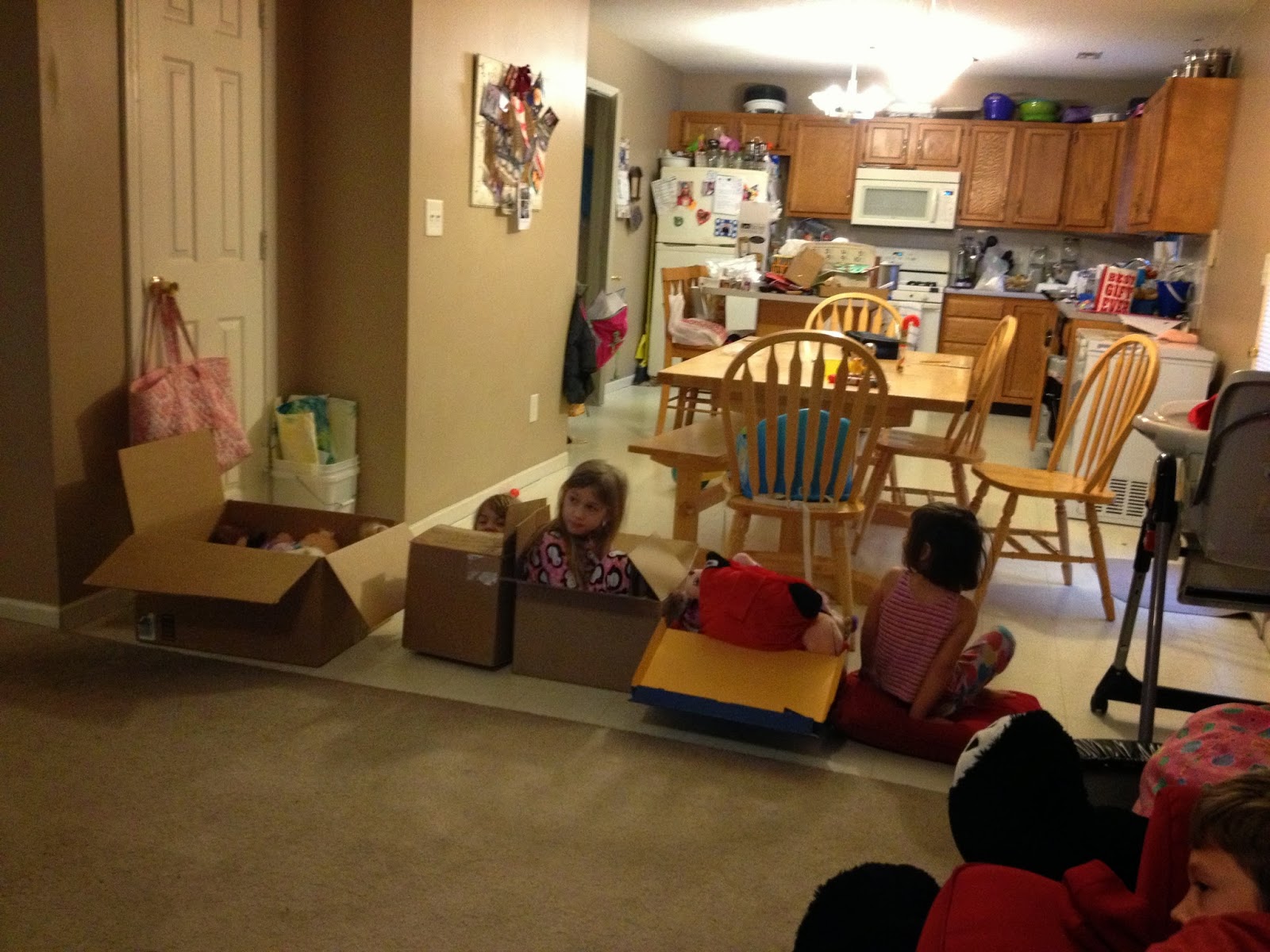 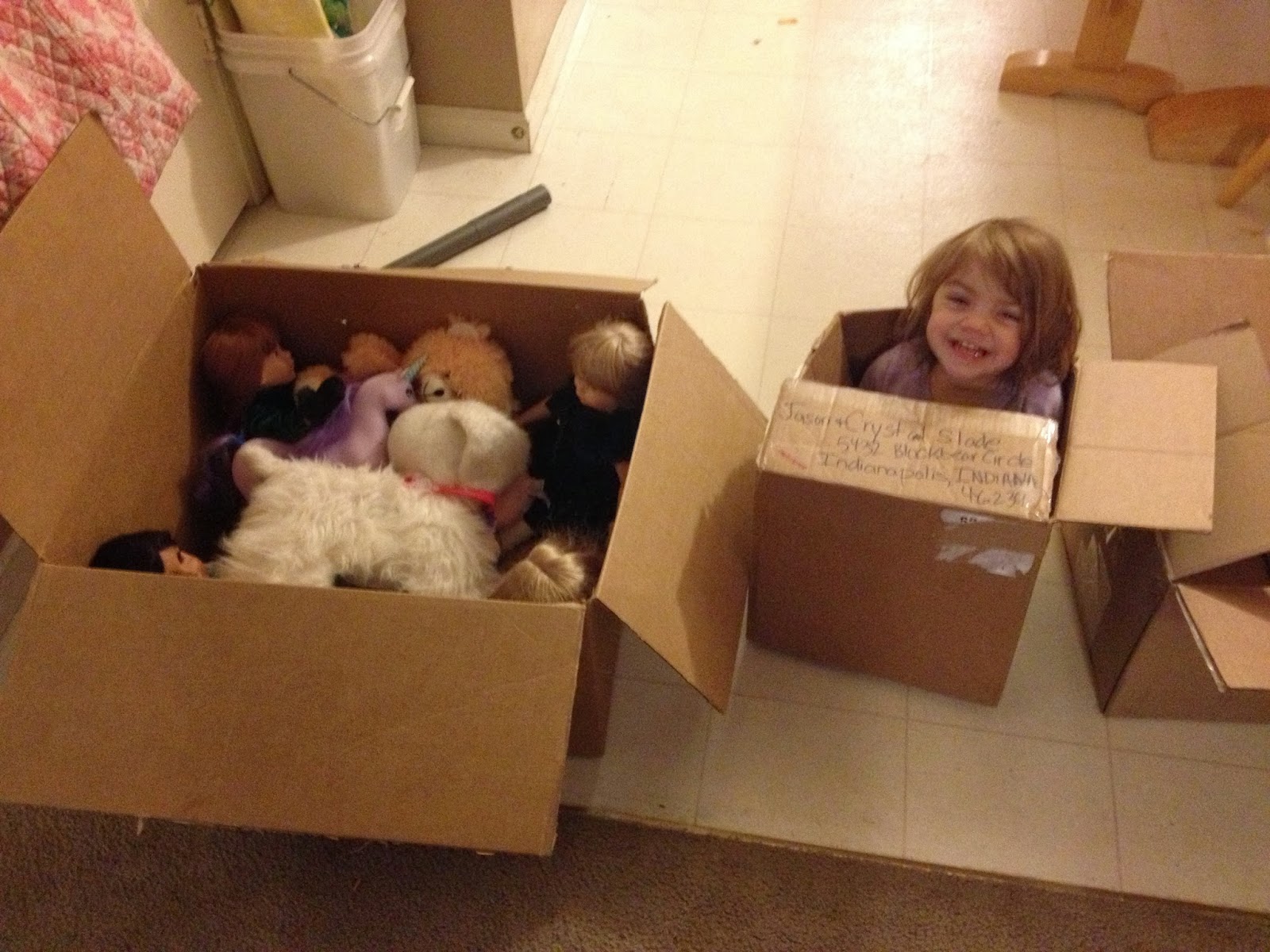 Another huge hit this year, things that glow.  I found these m&m light sabers on clearance at Target for a dollar and picked up four as stocking stuffers.  We have actual "full kid sized" light sabers that spring out, and glow and make noise, that cost $40, and I kid you not they love these ones just as much.  I also got head light lamps at Costco 3 for $9.  The kids are always wearing them.  Often at night long after lights out well go in and find Gigi or Captain E reading with one on :) 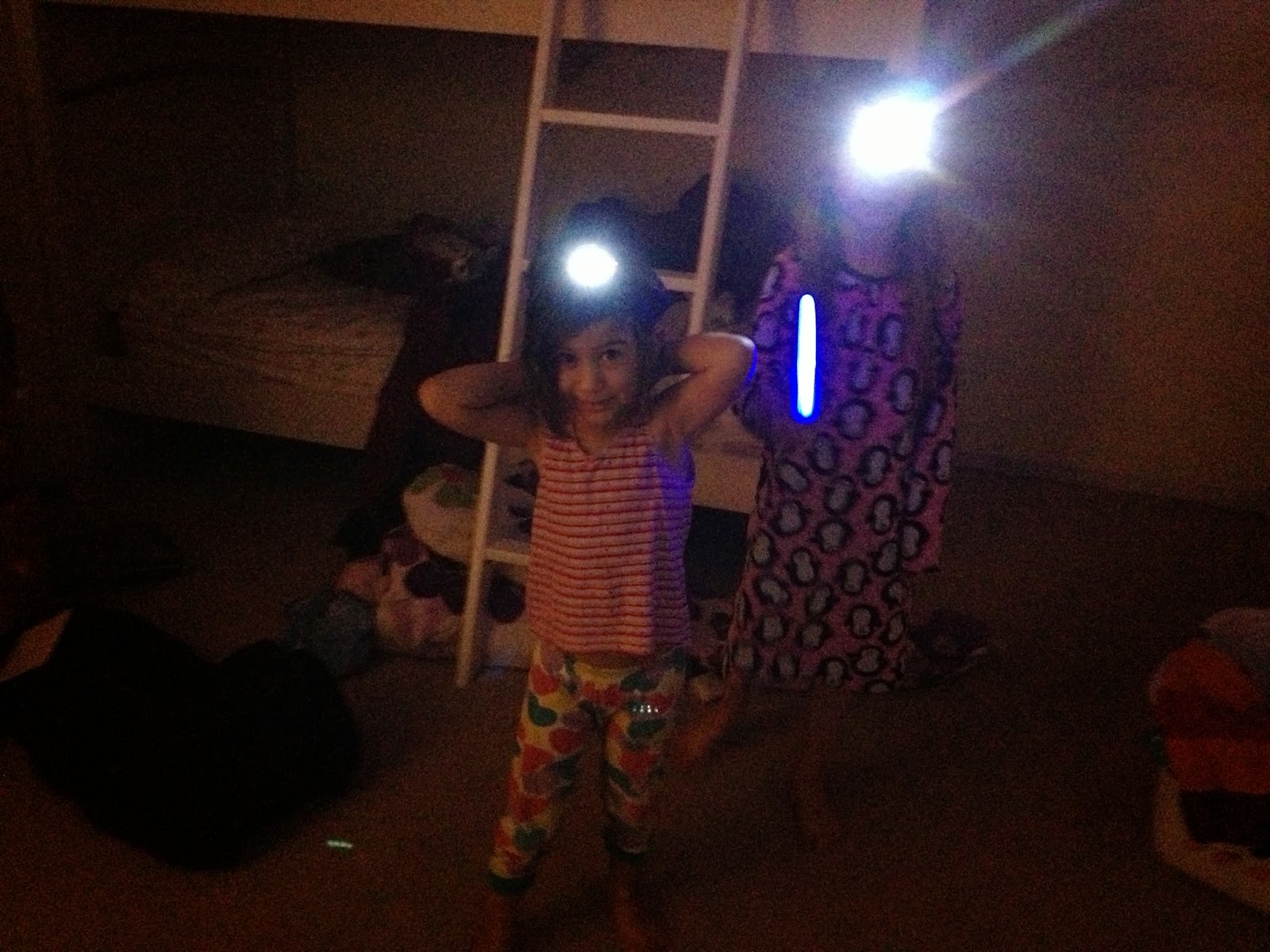 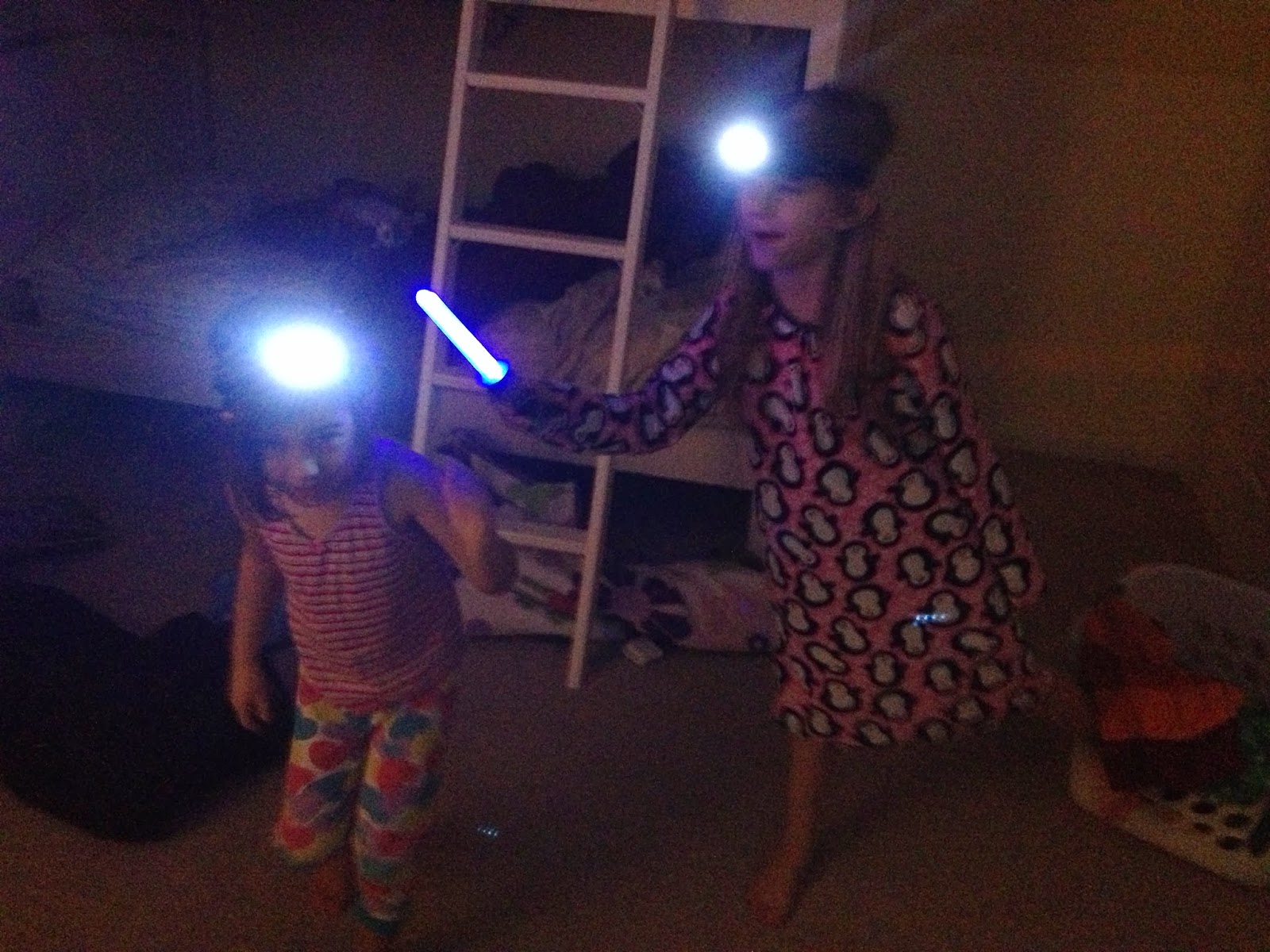 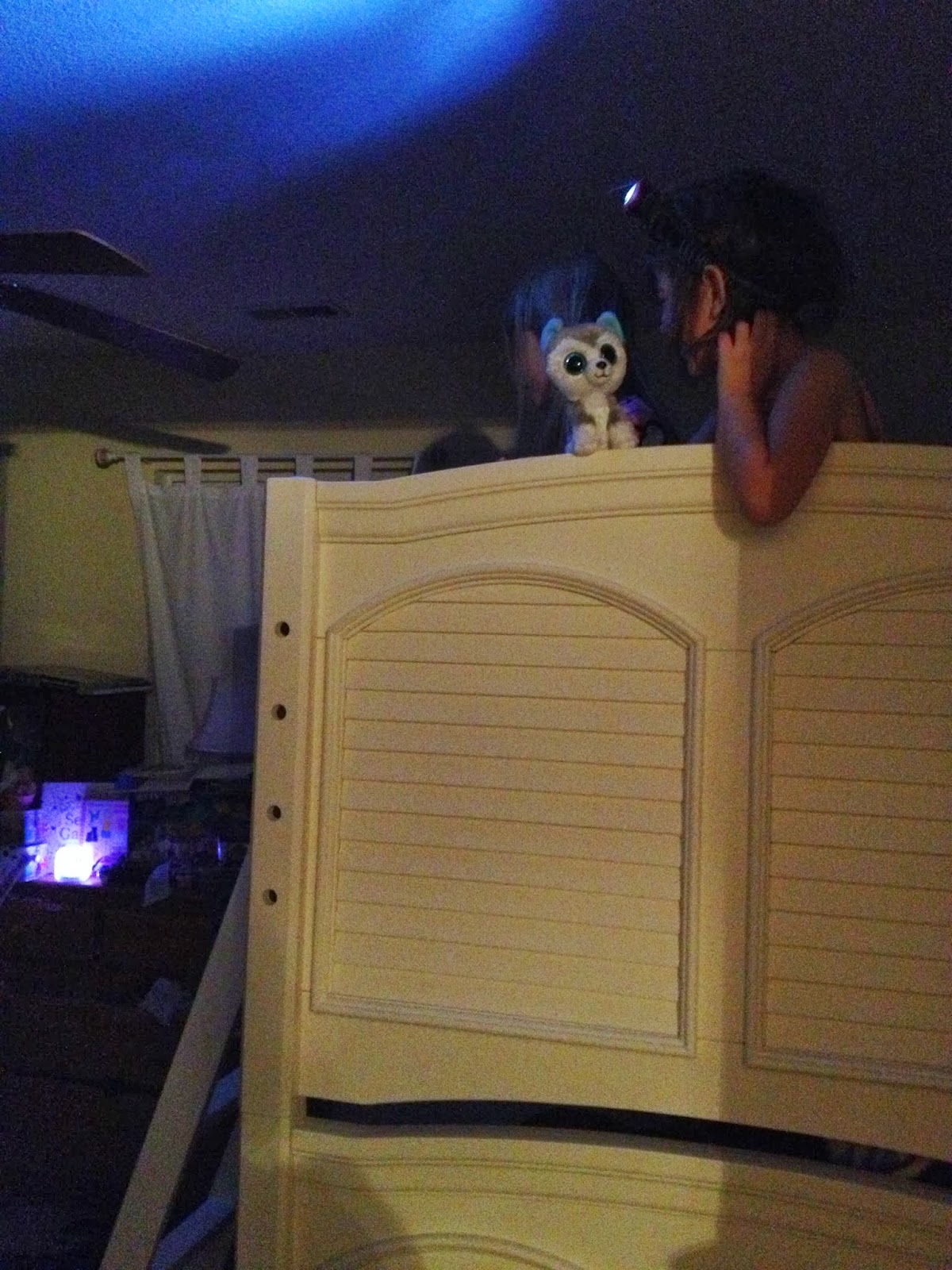