So I'm the kind of mom who takes my kids in for bi yearly dentist visits.  Don't ask me why.  I hate the dentist.  I mean really, really, really hate.  Even now as an adult I get serious anxiety about just going in for a cleaning.  What is that?  But still in an attempt to be a decent mother, not even stellar, but just decent I take these kids in for their bi yearly appointments.  The last time we were there the dentists mentioned that Gigi had two cavities in some back molars that hadn't been in far enough to do sealants six month previous and had some really deep groves.  He told me we could let it sit or take care of it.  We opted to take care of it but I had some serious concerns about how she was going to fare considering the girl is terrified of shots!  He told me he prefers to use laughing gas on kids when he works, although this happens to be something my insurance company doesn't cover so it would be out of pocket for me but he said that a lot of times when he uses the gas the kids don't even realize and so as a general rule he doesn't even mention the shot and they keep them hidden away until the kid is happily sitting on the chair gassed up.  I thought about it for just a second and then decided to pay the $80 or so dollars the gas cost and take my cue from the dentist and not say a word about the gas.  On the day of the procedure I took her in and they set her up with the laughing gas.  An hour later she was done.  I spent most of the time in the waiting room although I did go back three times just to peek and make sure she was OK.  I don't want to be a hover mom, but really even when you trust someone, you still sometimes need to see for yourself.  Especially when you hear horribly sad stories like this one about the girl who was put under and then left attended for 30 minutes.  She ended up dying.  Such a tragedy.  But each time I went back everything looked great.  It is nice to know you can trust the hands you are in.  After when I went back she was in a giggly mood and the dentist said she was a champ.  He then whispered to me, "She has no idea I gave her two shots," although later that day she did mention that she had some deep pain in the back of her gums.  I asked her to point it out and it was right where the shots went.  I gave her a dose of children's Ibuprofen and she was fine.  I contemplated telling her she'd had two shots to give her a better memory of shots to think about for next time we are at the doctor's office and she needs to get a booster, but then I backed away from it.  The girl hates them so much, more than I hate the dentist I couldn't guarantee it wouldn't backfire on me.  As for the extra money, it was worth every penny! 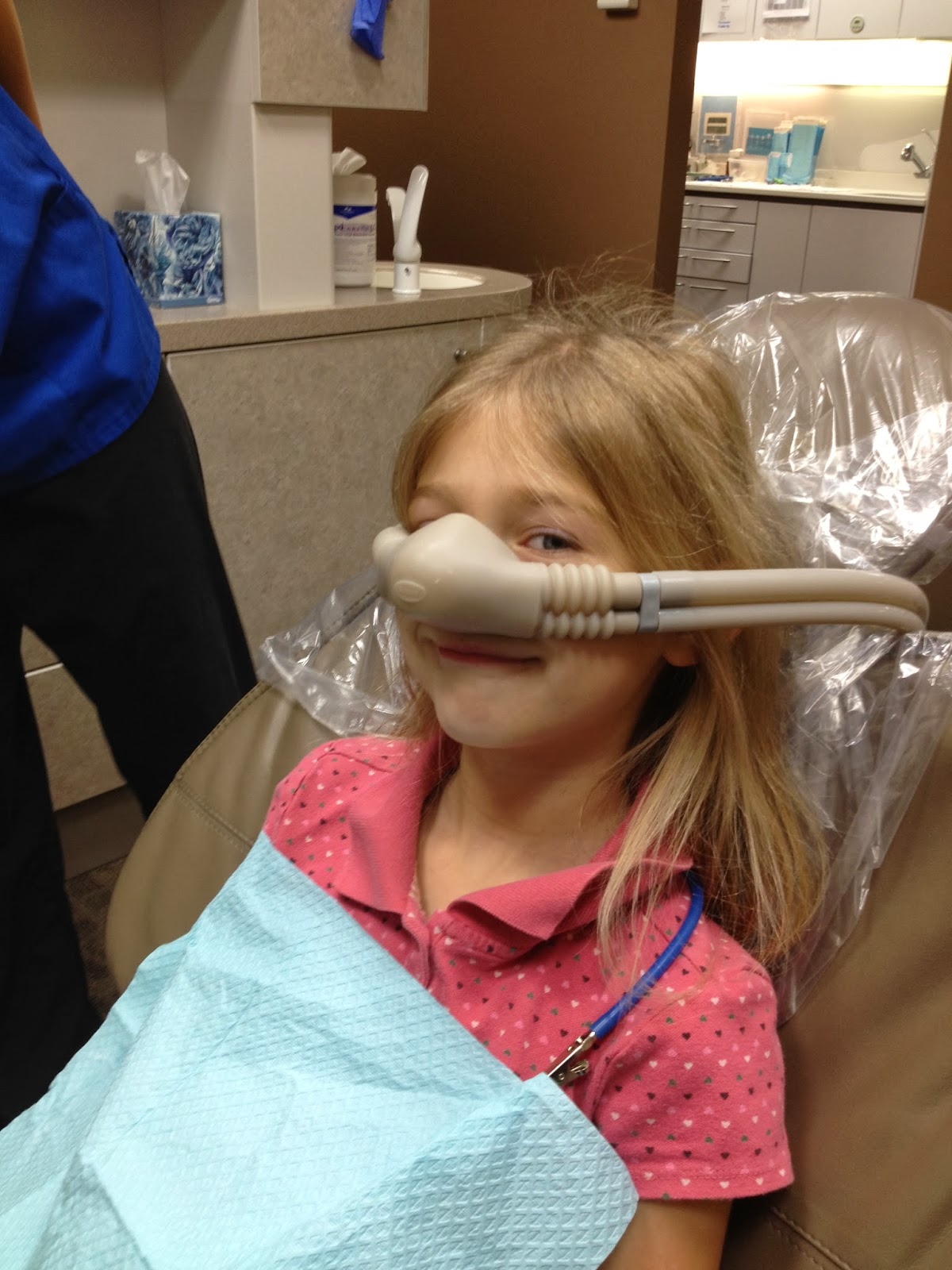 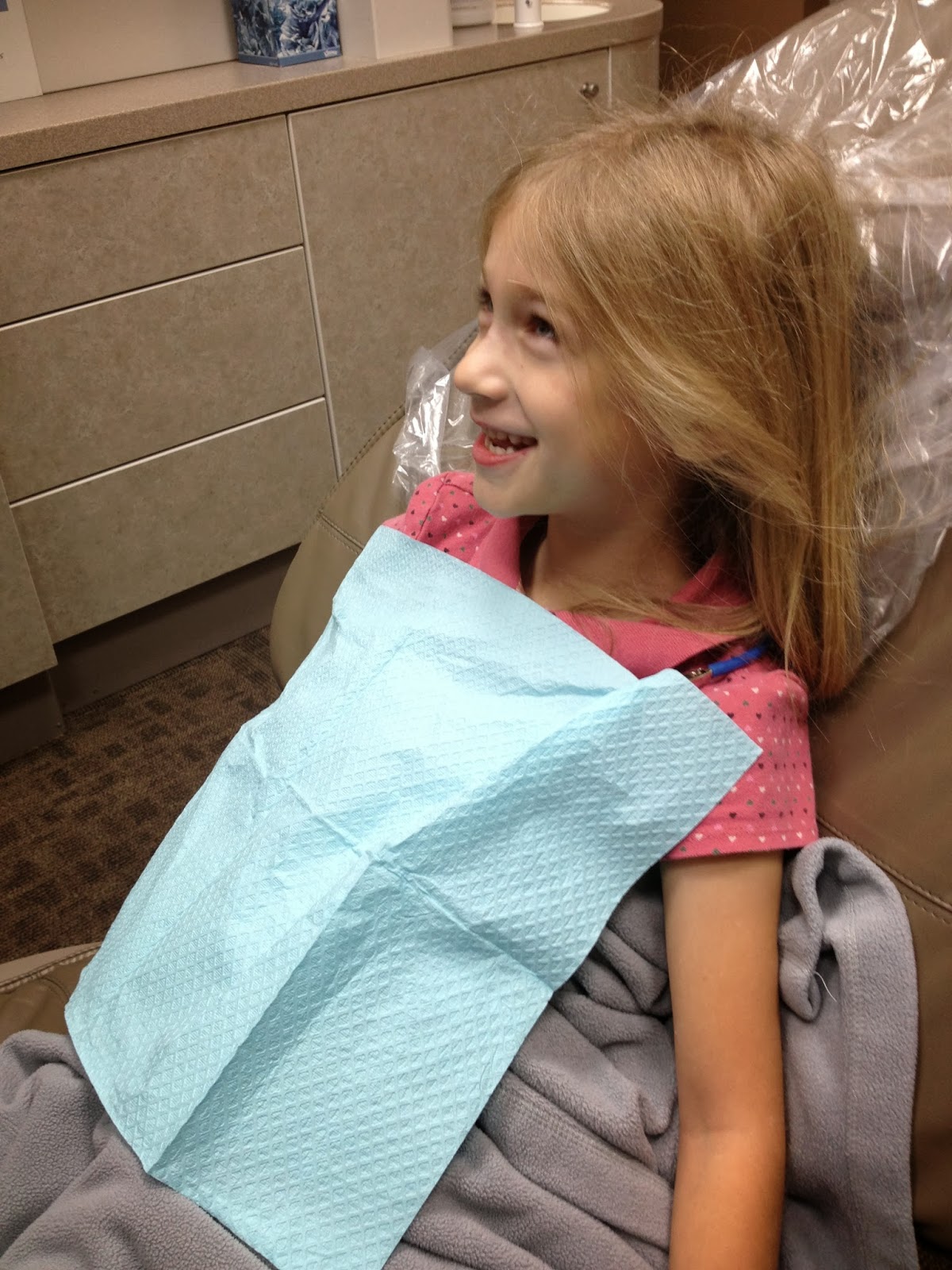