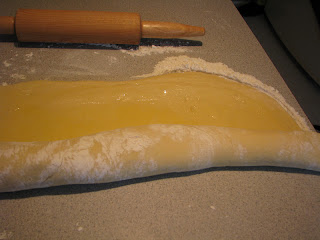 Easter dinner is probably my favorite.  I can't help it.  I love ham.  Most years I get a hassle from my husband about the ham.  He's pretty much anti pork all year round, complaints every time I cook bacon, but Easter time gets him really going.  He says he feels weird about eating ham on Easter.  Even though we aren't Jewish, I think the season just makes him feel a little more biblical.  He'd rather eat lamb.  I think lamb has the worst after taste and is way too expensive.  Does anyone else have this ham argument in the marriage around Easter time and if so which spouse is the one pushing for lamb?  This year Dr. J was working Easter...oddly enough this single fact killed his normal anti ham tangent, and so ham it was with zero complaints.  There was also homemade rolls...YUM! 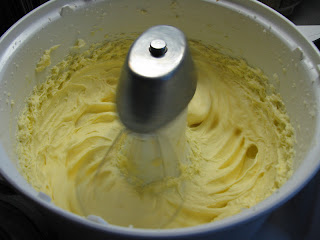 And a delicious lemon cake.  Pretty much made my spring day, something about that sugary yellow just made me so happy.  We ended up with a lot of left overs but came up with some meals to take care of that. 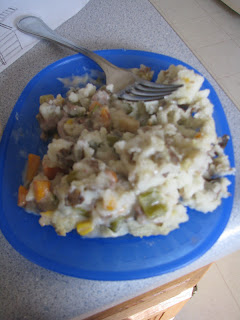 Chef's salad was the perfect way to use up some ham and Easter Eggs.  I also of course made a ham bone and bean soup, because when you have a ham bone, soup is a must!