"Poa" Place, a "cool" place to hang out - traveling with kids in Kenya

We've been itching to get out of town, just itching but it seems like the last three weeks in a row we've been stuck at home with sick kids.  This last weekend we had to break out, we just had to.  We'd heard quite a bit about Poa Place and so we decided to check it out.  Poa place is a local joint that caters to the community.  They have a pool, two in-ground trampolines, the only playground in town, some local fair type carnival rides, a tiny zoo, and a little museum of traditional Kenyan type homes.  This is the first time in two months my kids have had the opportunity to jump on a trampoline or play on a playground.  You seriously just don't know how lucky you are to live in a country that values spending a little money on the community and public spaces until you are living in a country that doesn't.  Things I really miss, the library, playgrounds, green space....there just aren't that many places for kids.  Poa place though is nice.  I think we paid 50 shillings per kid to get them a wrist band to let them play on the playground all day, 50 shillings a kid for the trampolines.  We also paid to get into the zoo and let the kids have one ride on the four wheeler carousel.  That was 100 shillings per kid per ride and we just weren't feeling super generous.

The kids enjoyed jumping on the trampoline and then they headed over to the swings.  Dr. J went with them...the best moment of my day when the lady who makes sure the trampolines are ok came over to tell my husband that the swings were only for children...yup that's right, he was on them.  After some playground fun we headed off to the zoo/Kenyan homestead.  We started at the homesteads.  The kids loved them.  I think they reminded them of playhouses.  I know I would have loved them if I were a kid.  As an adult they were a little less comfortable,  I think I scratched up my back and sides on every single doorway.  I just am not homestead size.  The nice thing though was that these houses were all nice and cool.  Cheetah was obsessed with the grain storage bins.  She seriously wanted us to drop her inside.  Something sort of interesting to note, none of the homes have any kind of chimney or hole for smoke to go out and the local woman cook inside.  Dr. J says they see really high rates of  COPD in woman on the wards here caused by cooking indoors without ventilation.

Finally we headed over to the zoo.  They had a snake house where they had both green and black mambas, a spitting cobra, a puffer adder, and a gaboon viper.  You can actually pay money to have them drop a rat, gerbil, rabbit, or hen into their cage.  At one point one of the hens got out and was running around.  The kids were trying to shoo it back in.  "Mom, it's not going to be safe running around the zoo."  "Kids, it's going to be safer there then it will be back in that cage."  Speaking of venomous snakes why did I watch that movie on green mambas before we went hiking in the rain forest...why?  I seriously do not like snakes.  The zoo also had some a few crocodiles, a turtle, a couple of lions, two cheetahs, and some monkeys.  At one point we were looking at the baboons.  Quick as a wink Cheetah hoped the fence and was just a chain link fence away from the male baboon.  I screamed and rushed over to grab her.  I didn't see it but Dr. J said that the baboon was headed for her just as fast as I was.  Luckily I got to her first.  Seriously how is this child going to make it to ten?  Overall Poa place was pretty fun.  I don't know if we'll head over there again before we leave, but it was nice to have a little break from the compound. 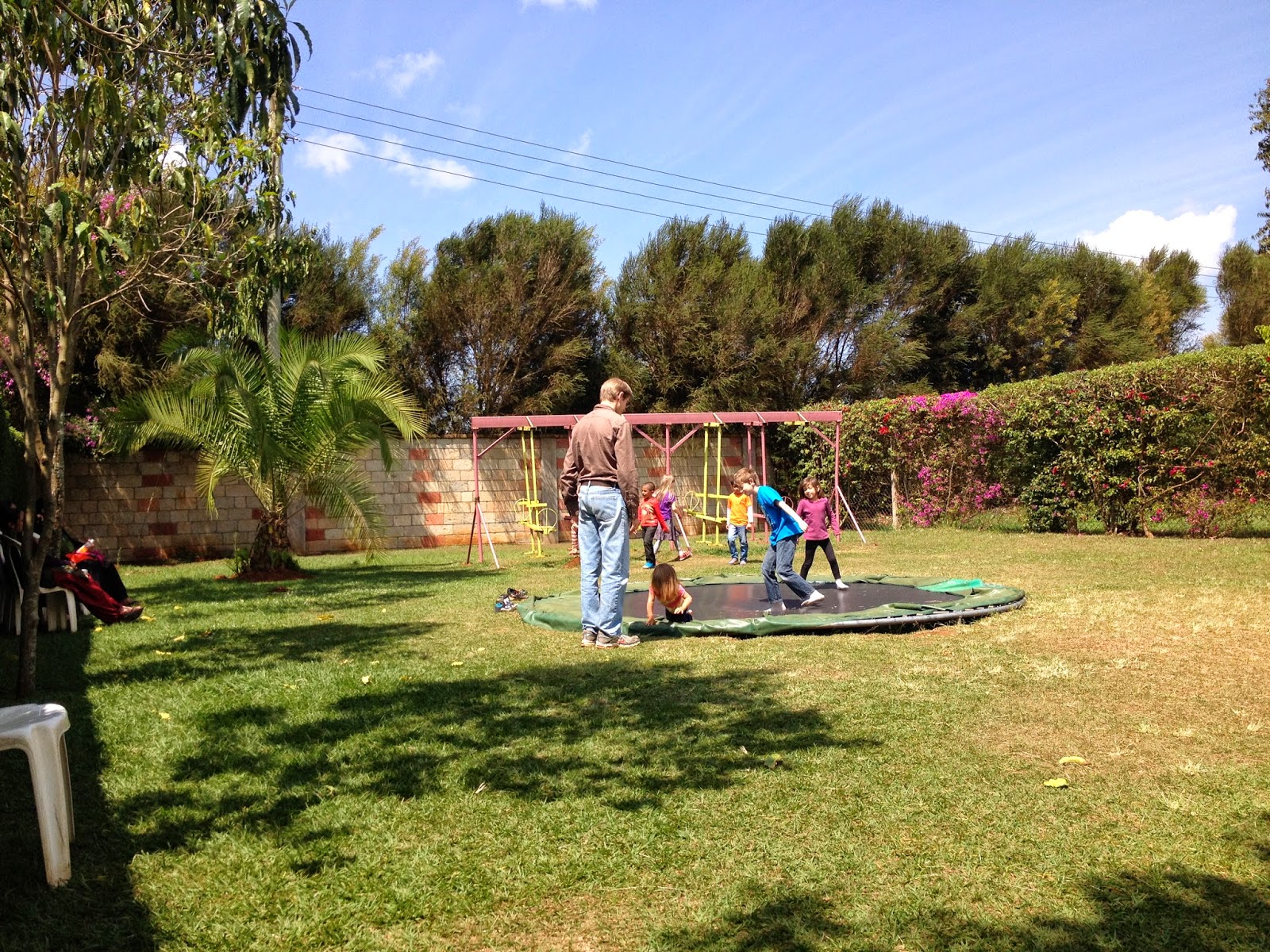 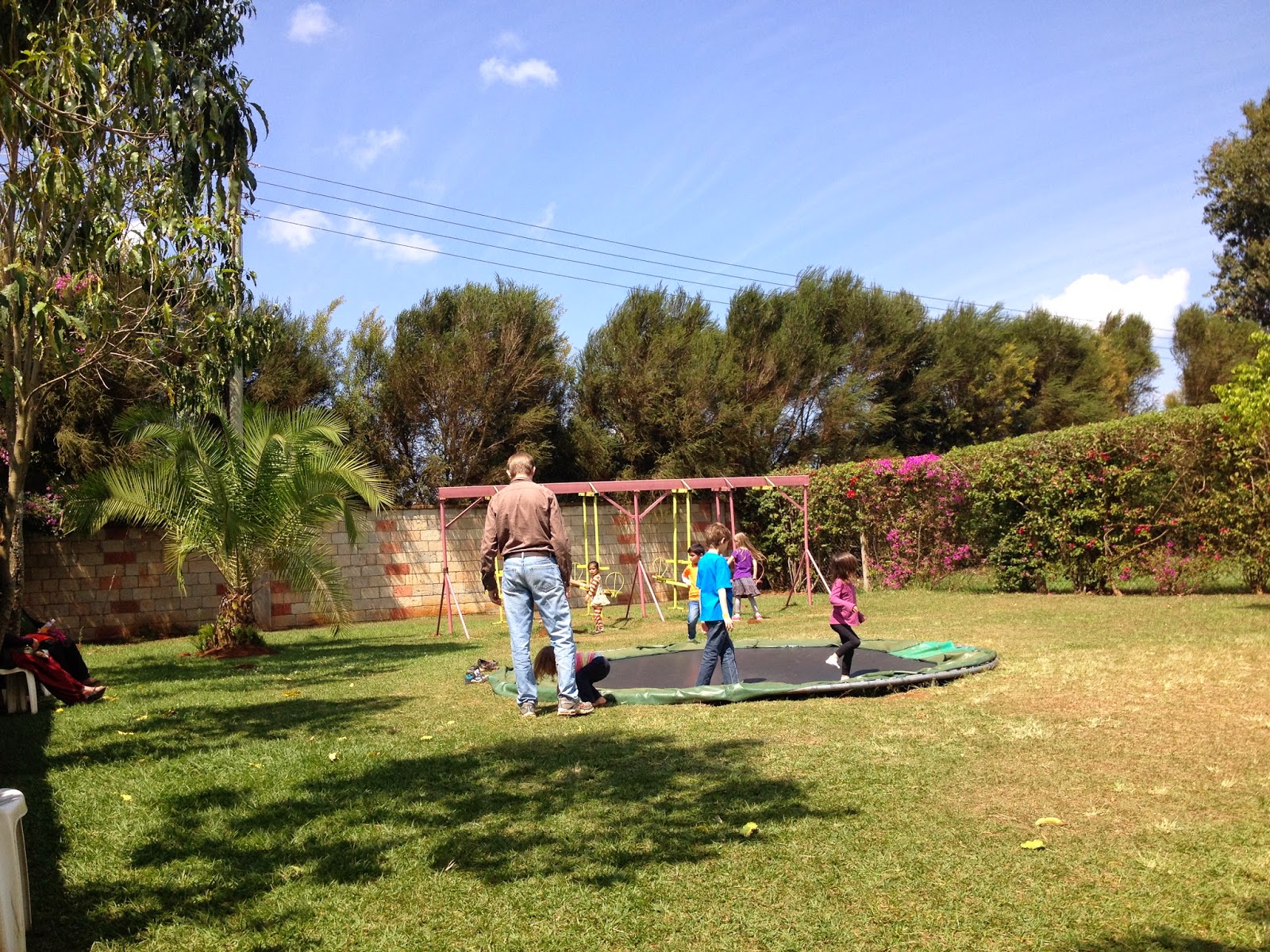 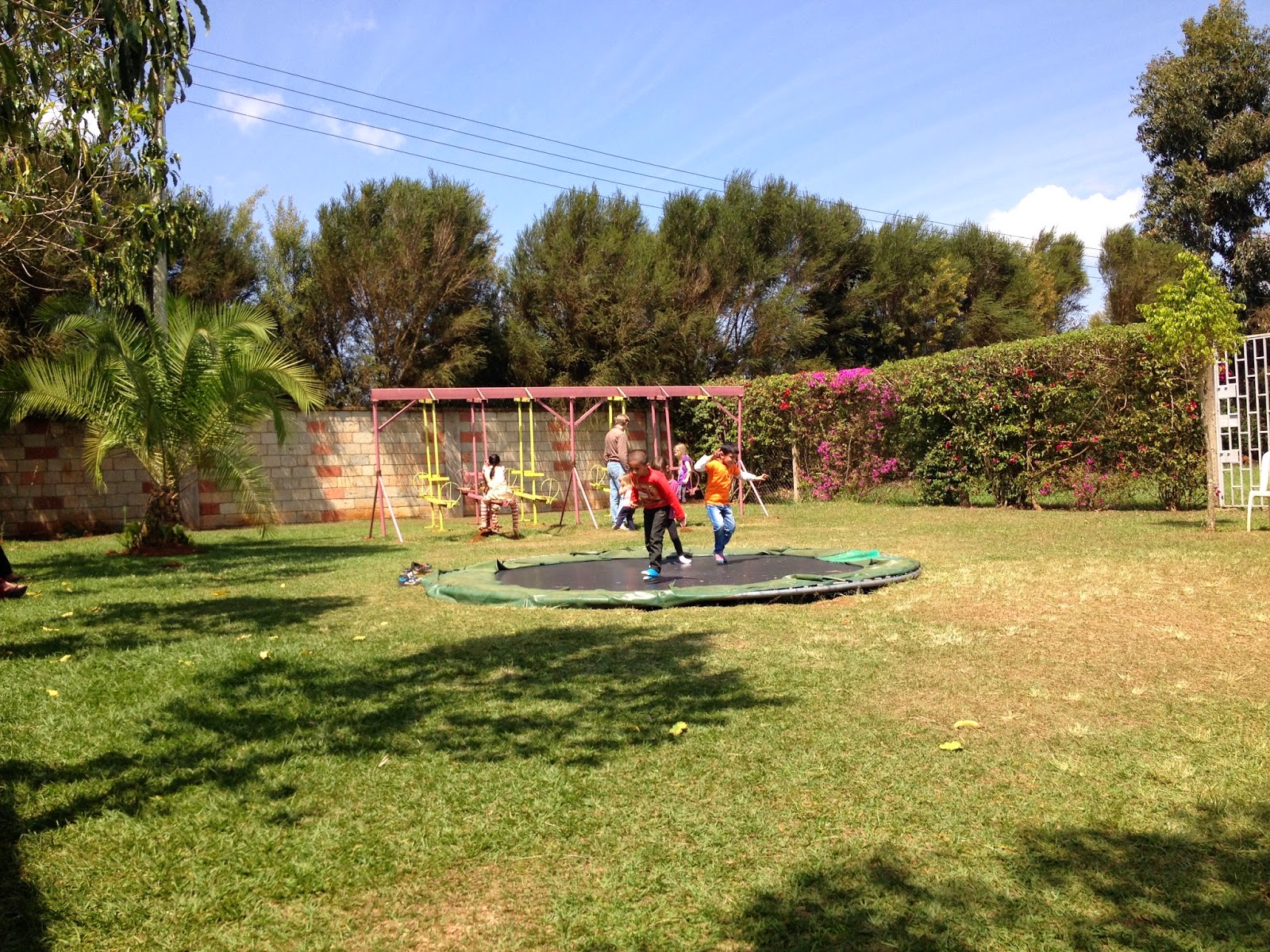 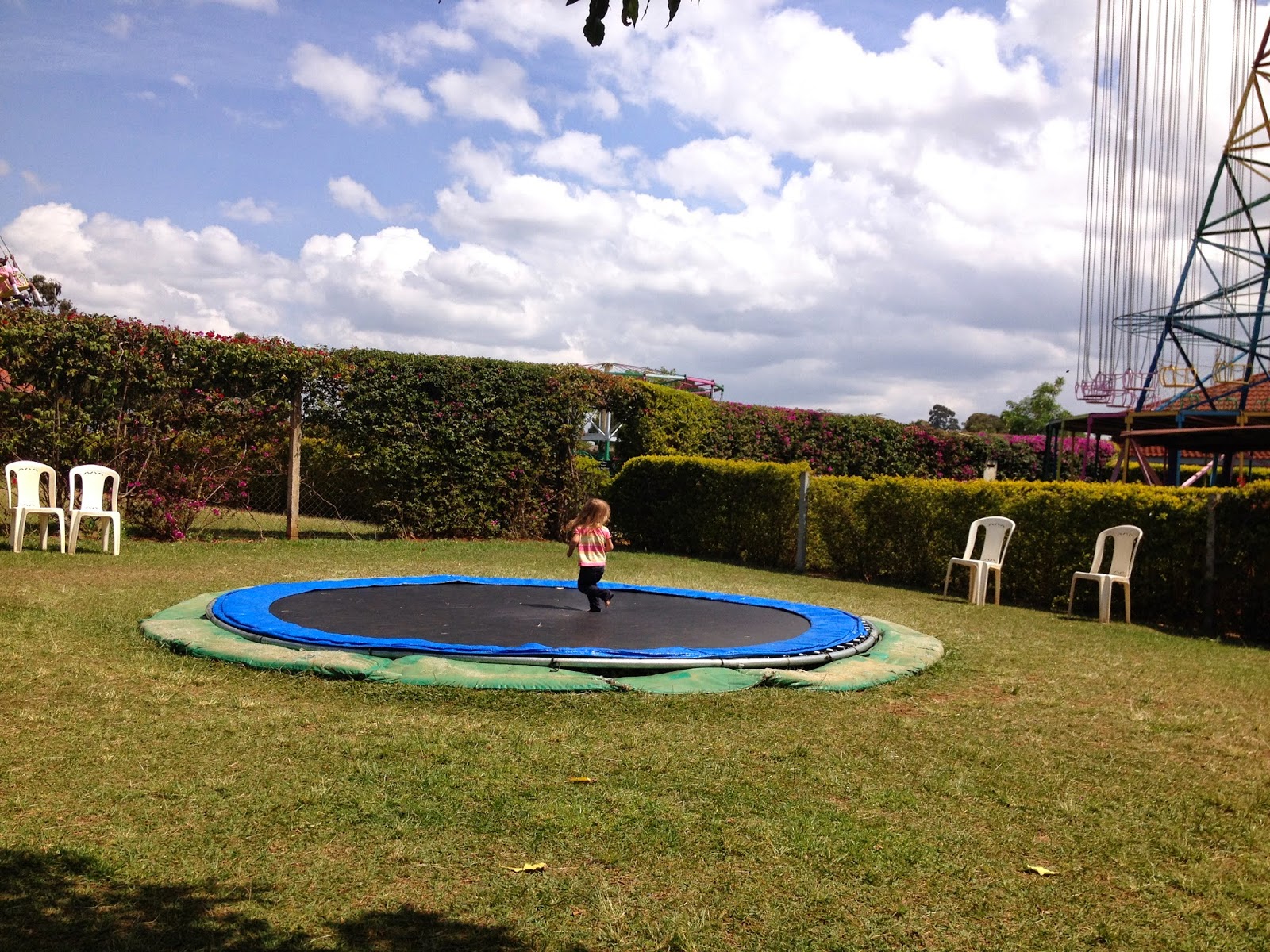 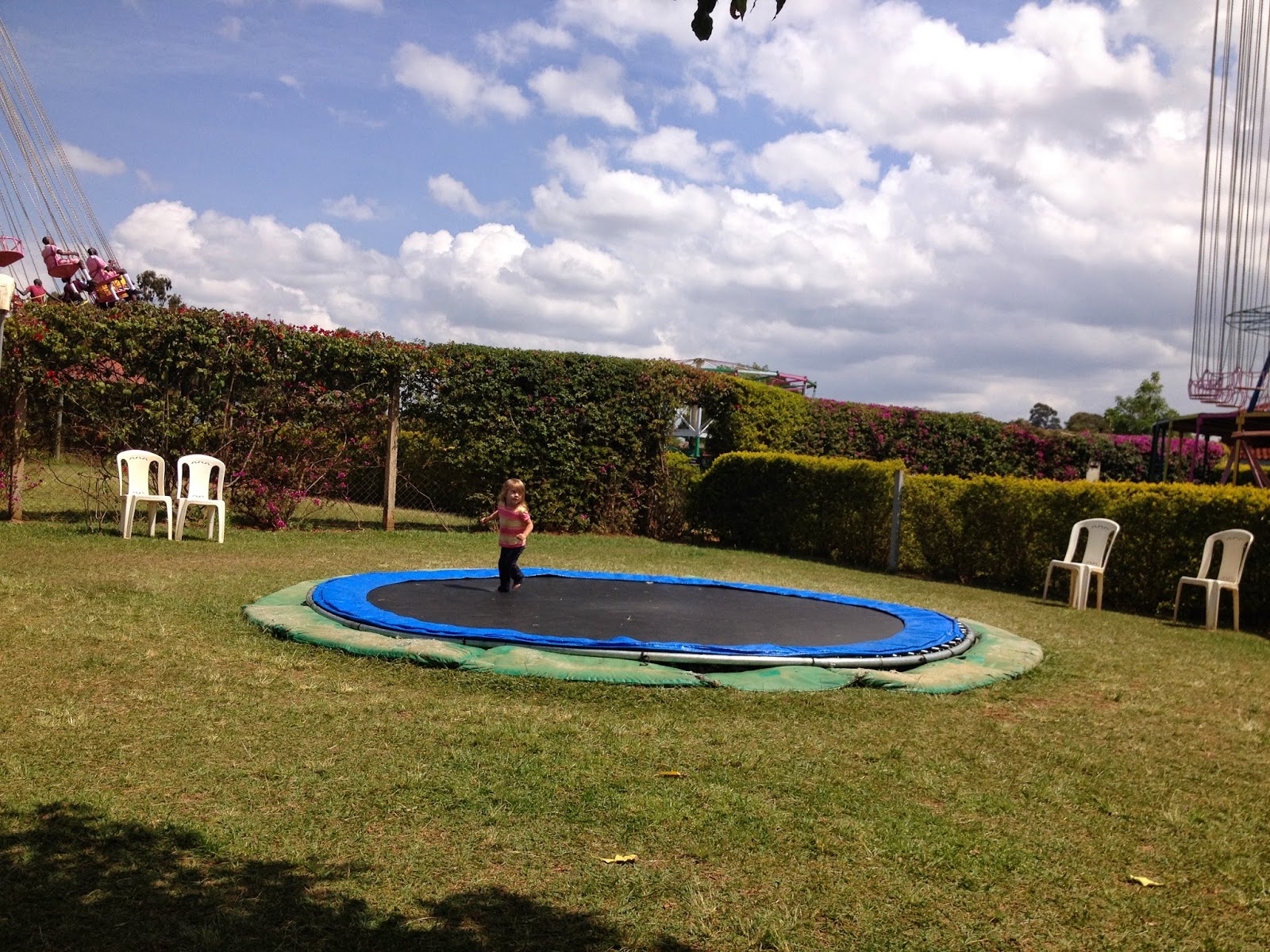 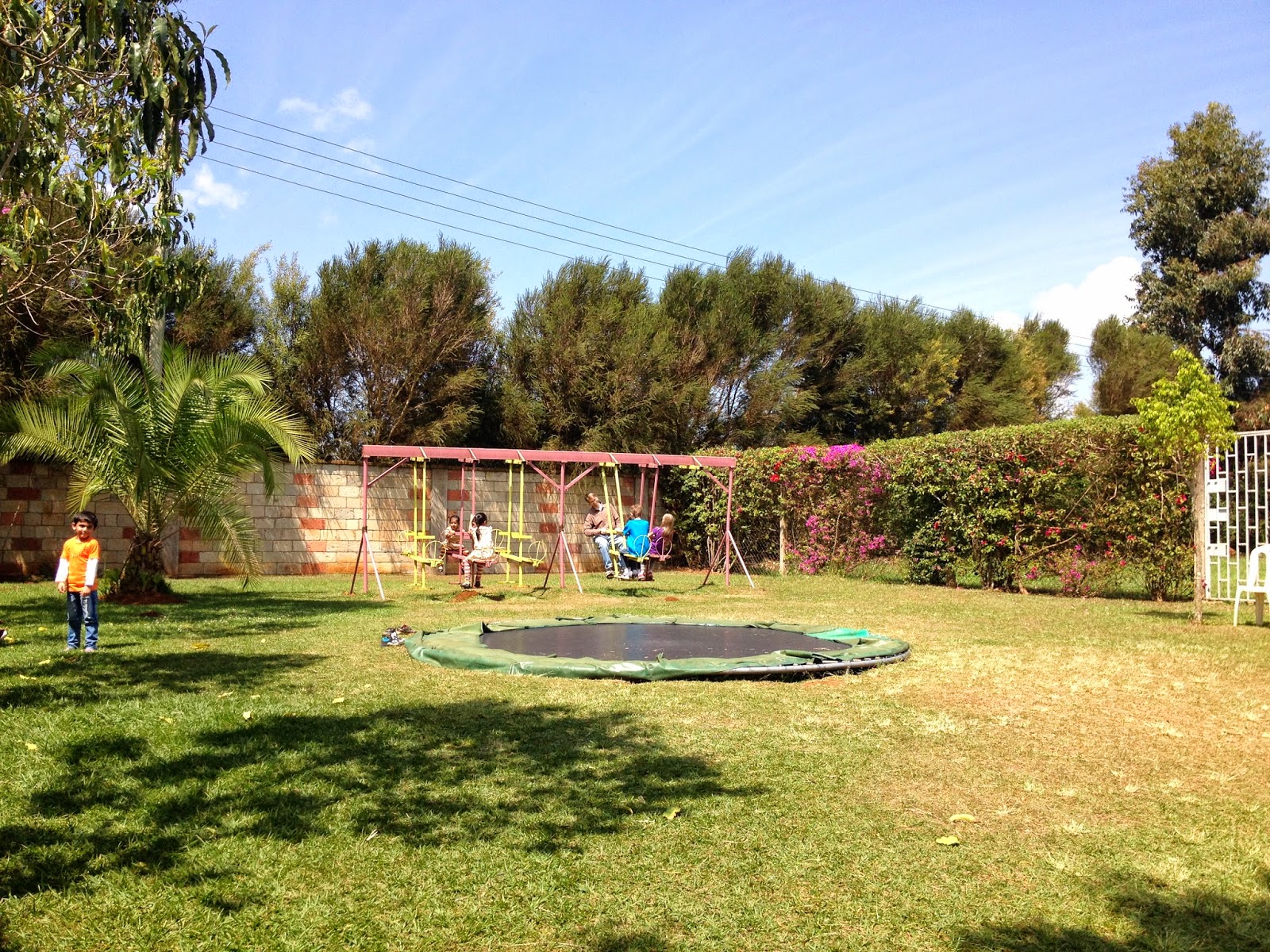 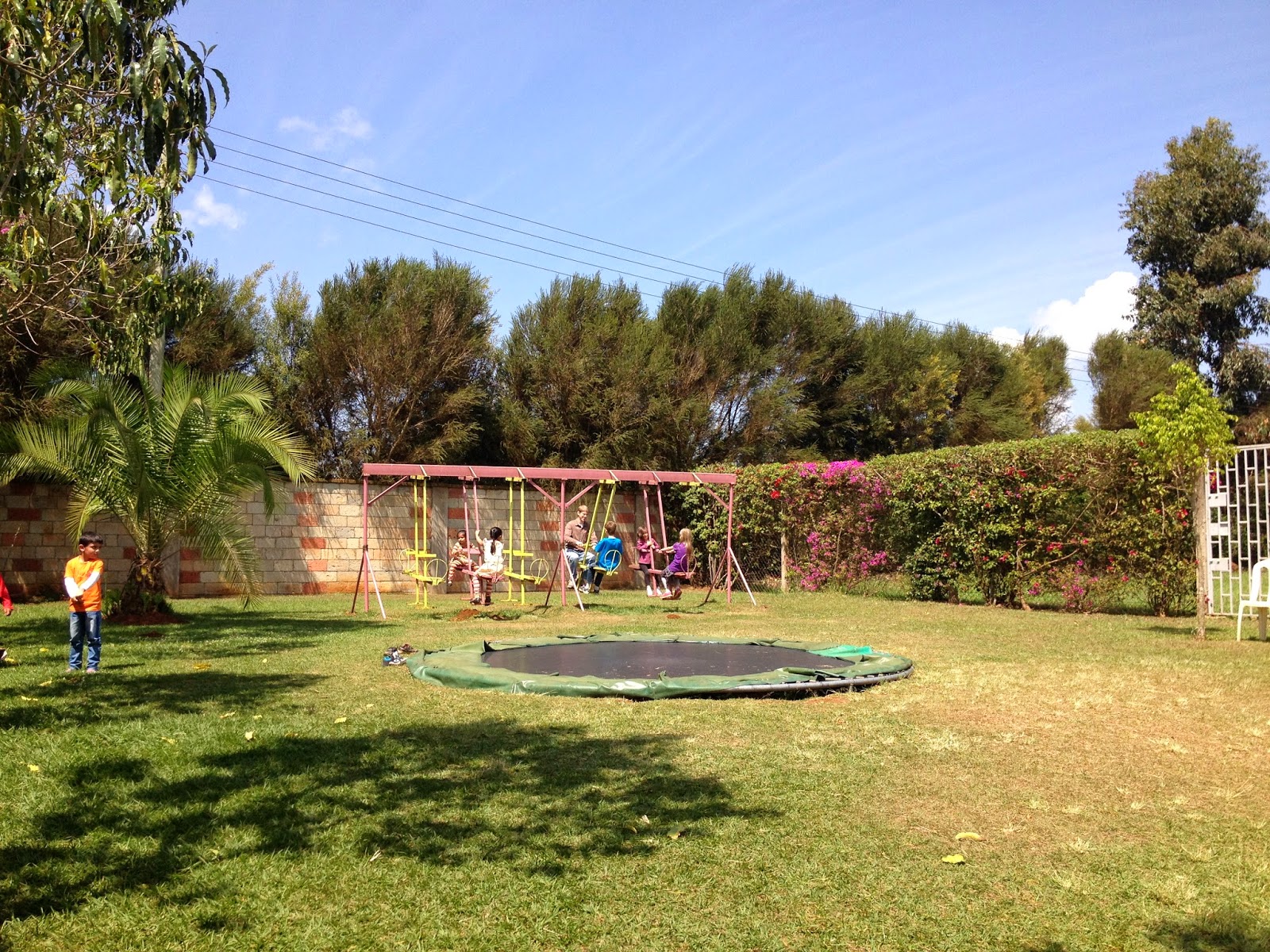 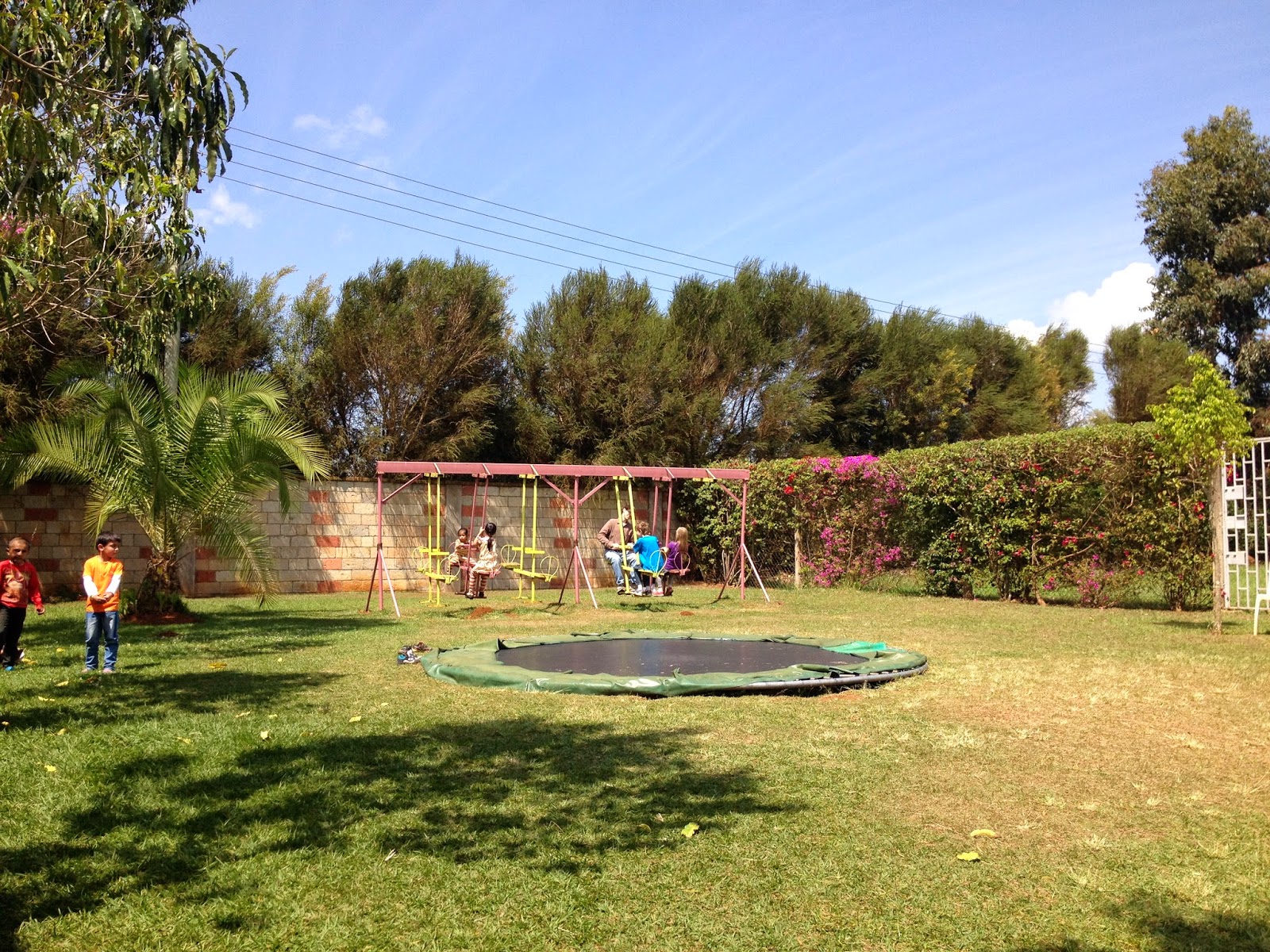 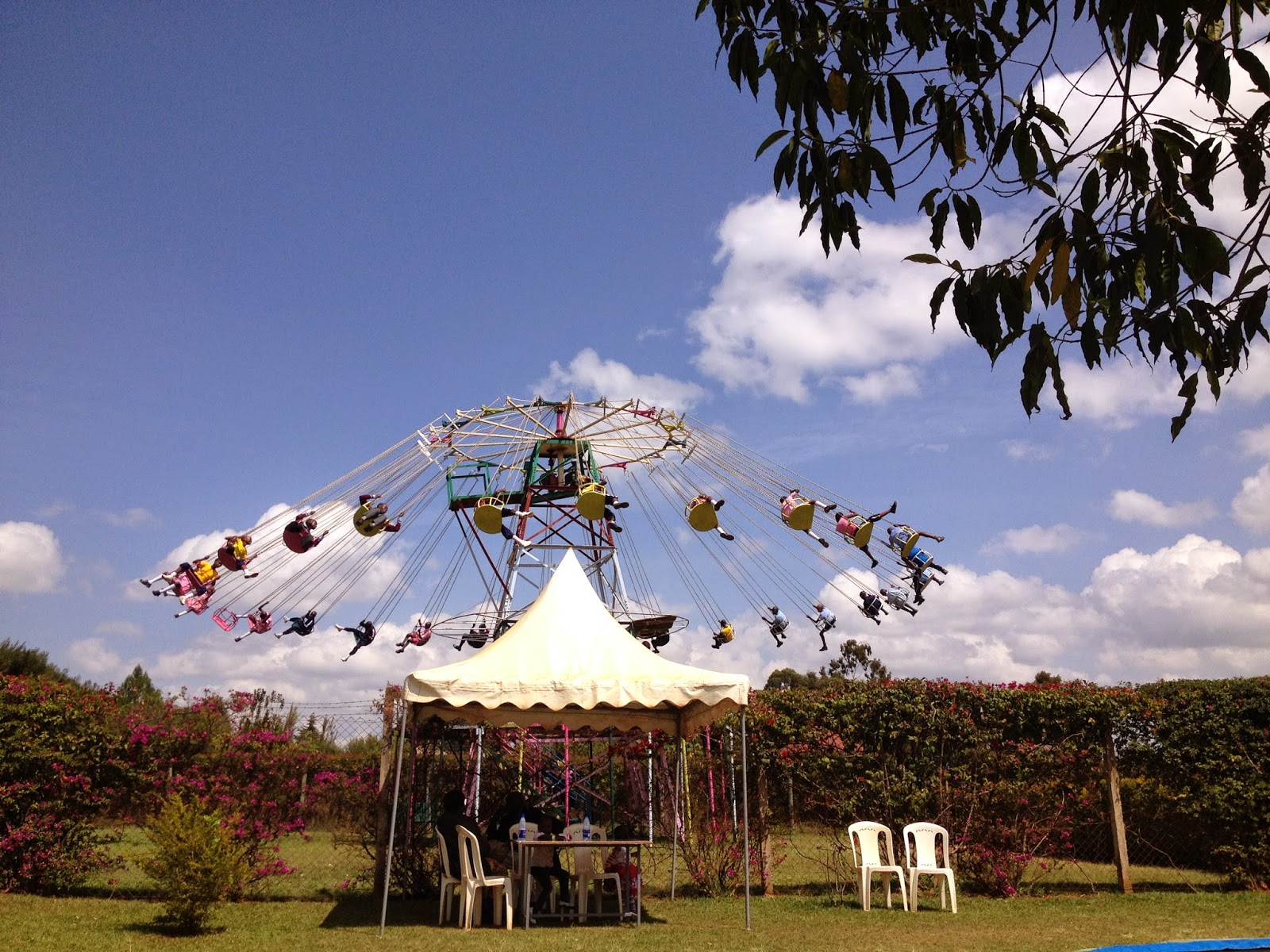 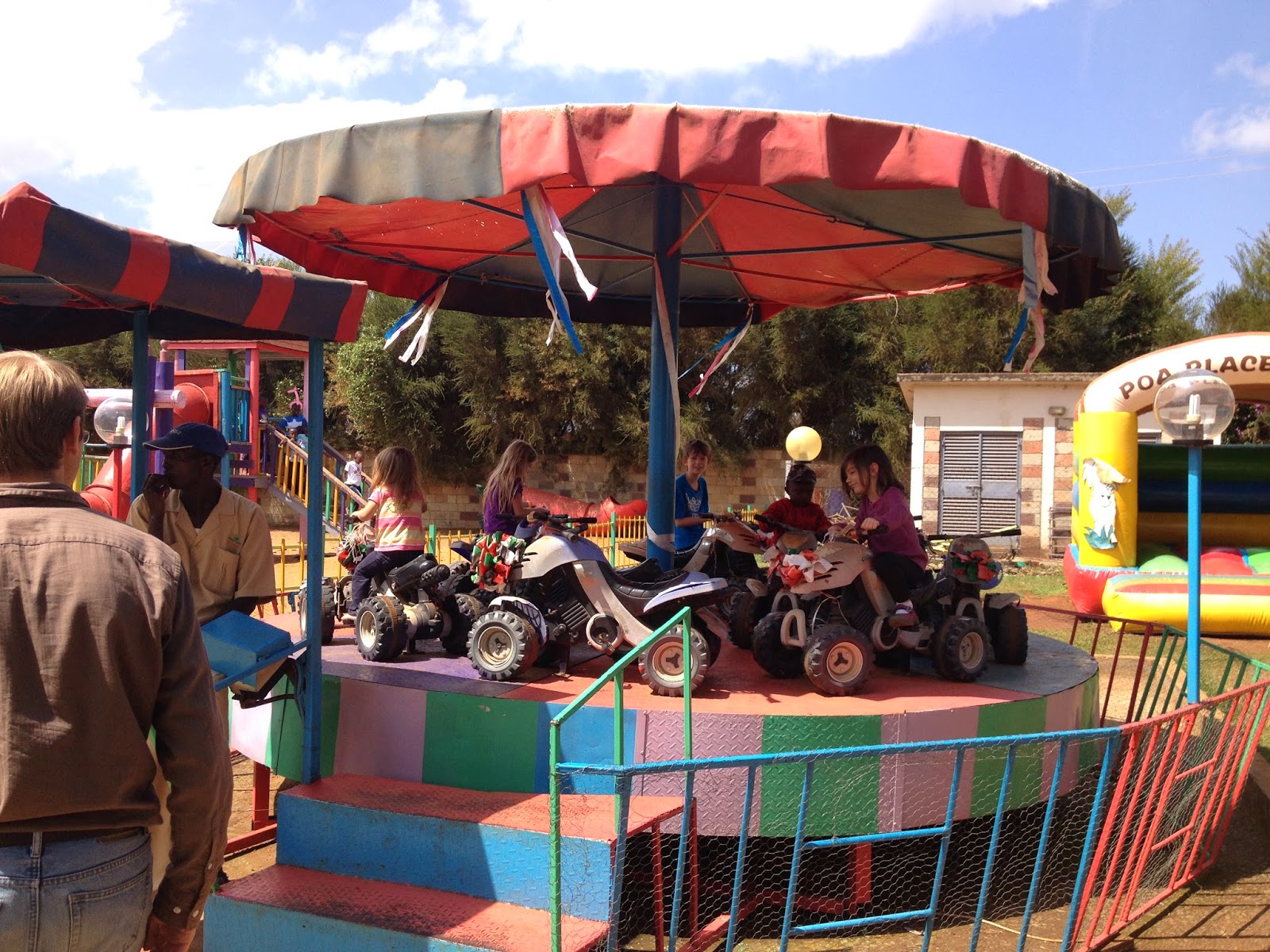 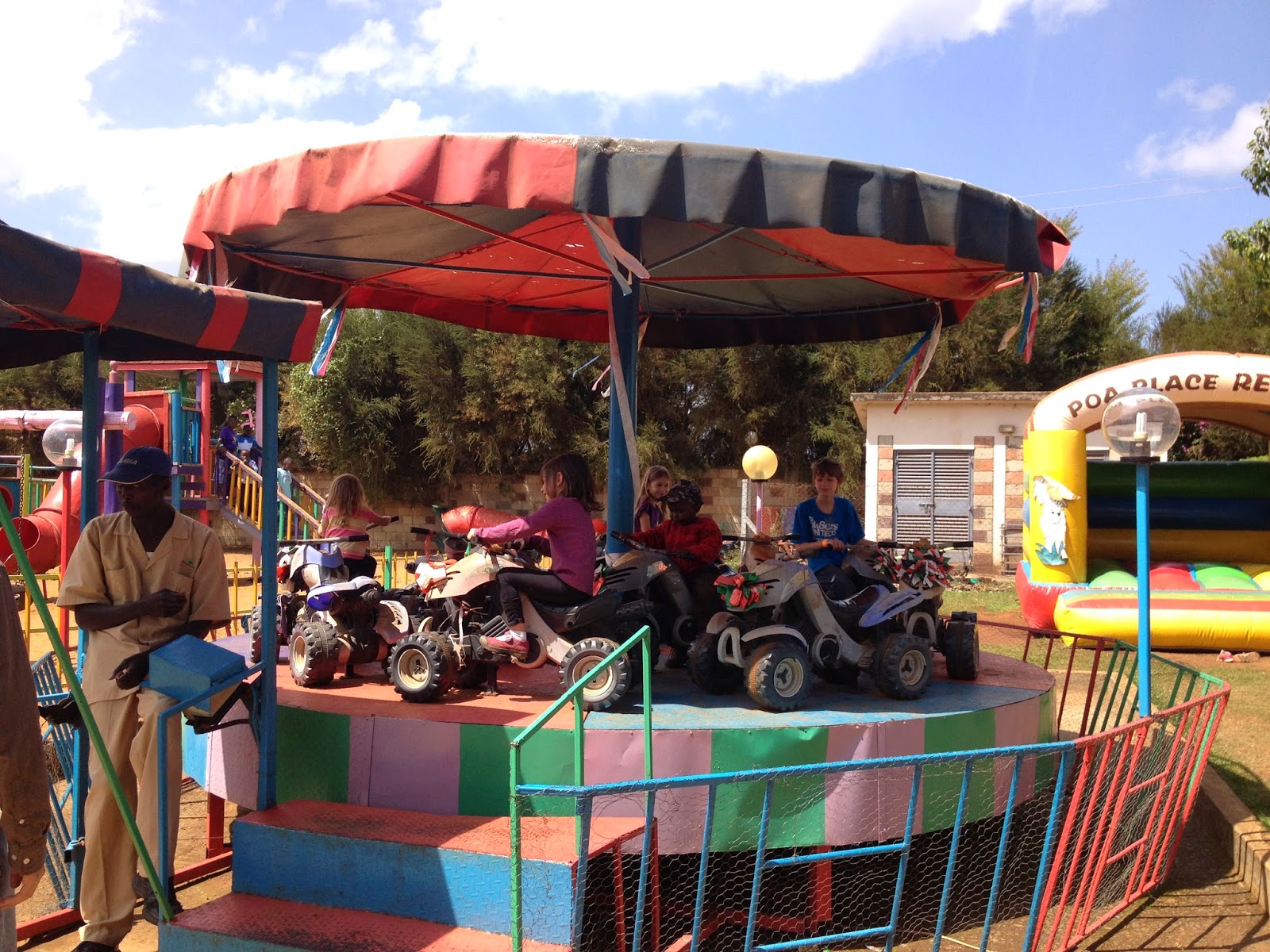 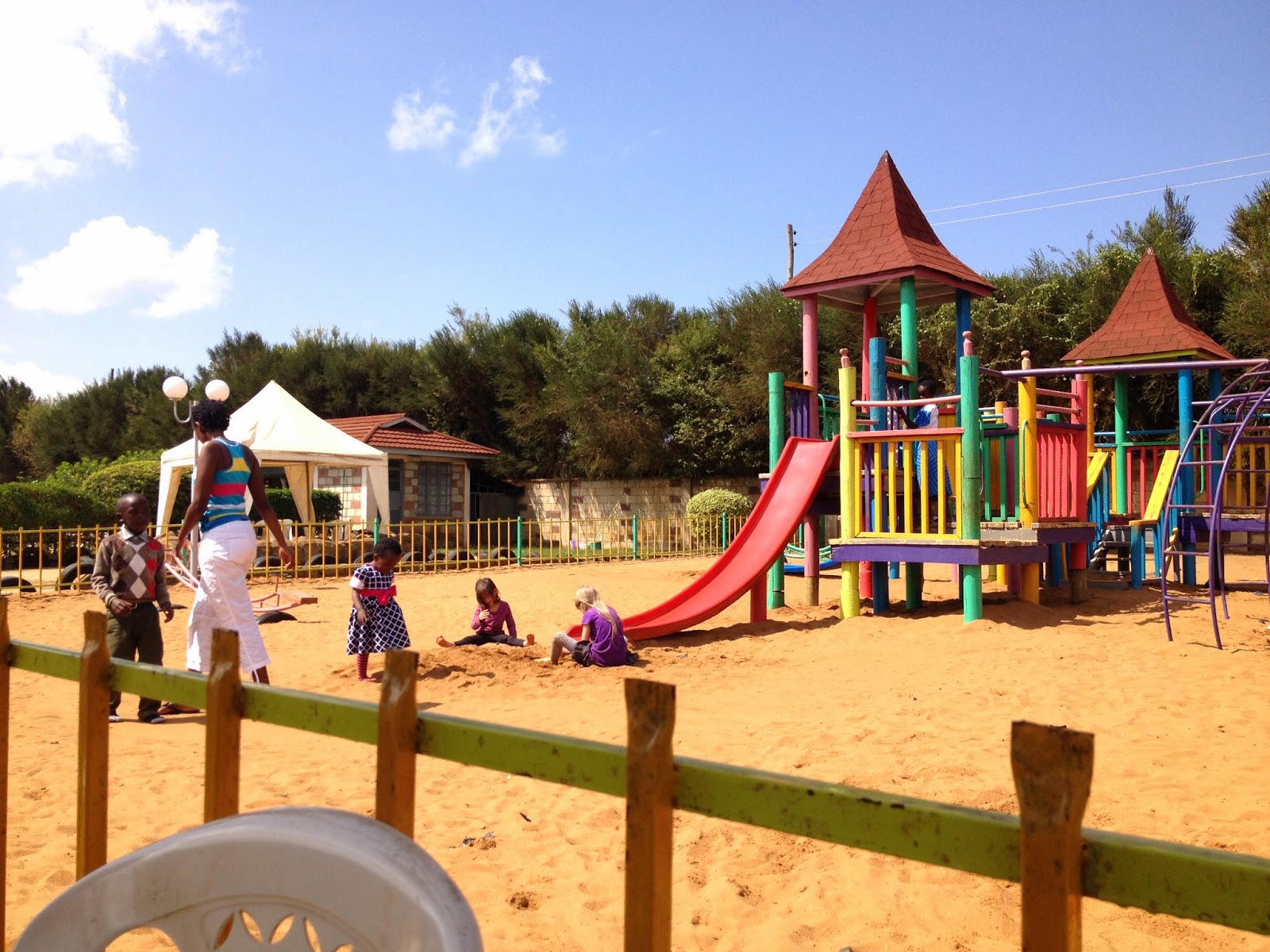 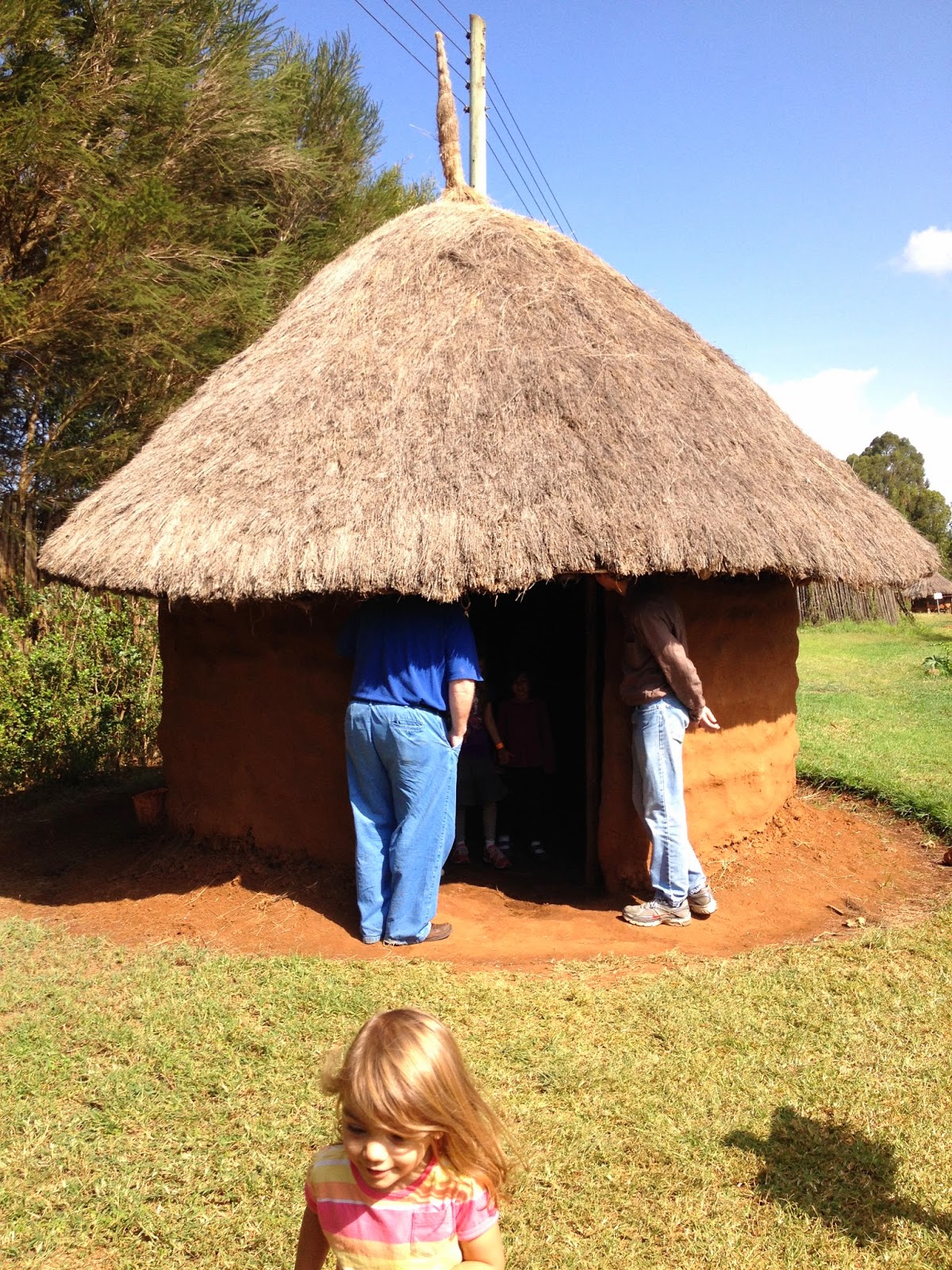 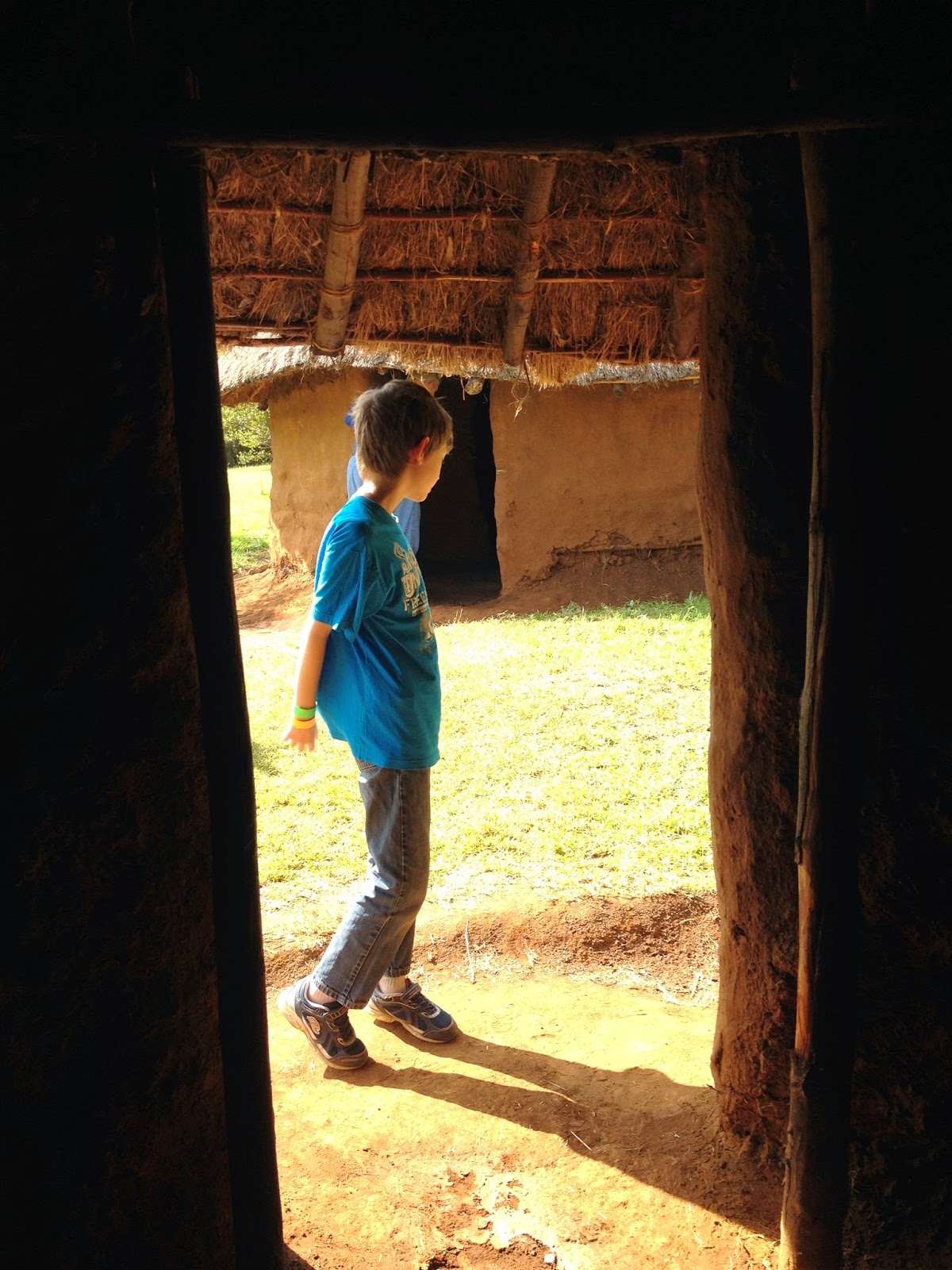 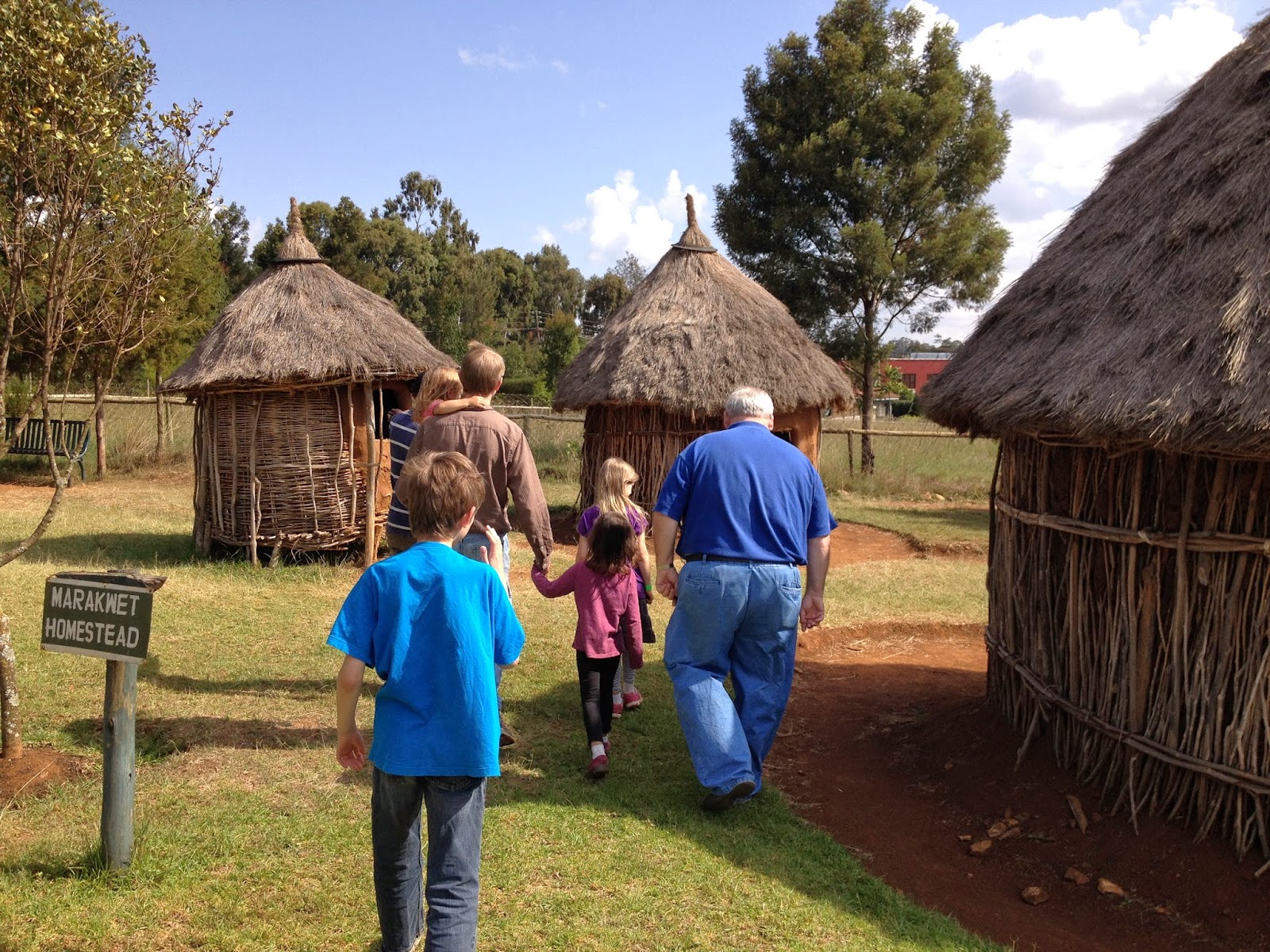 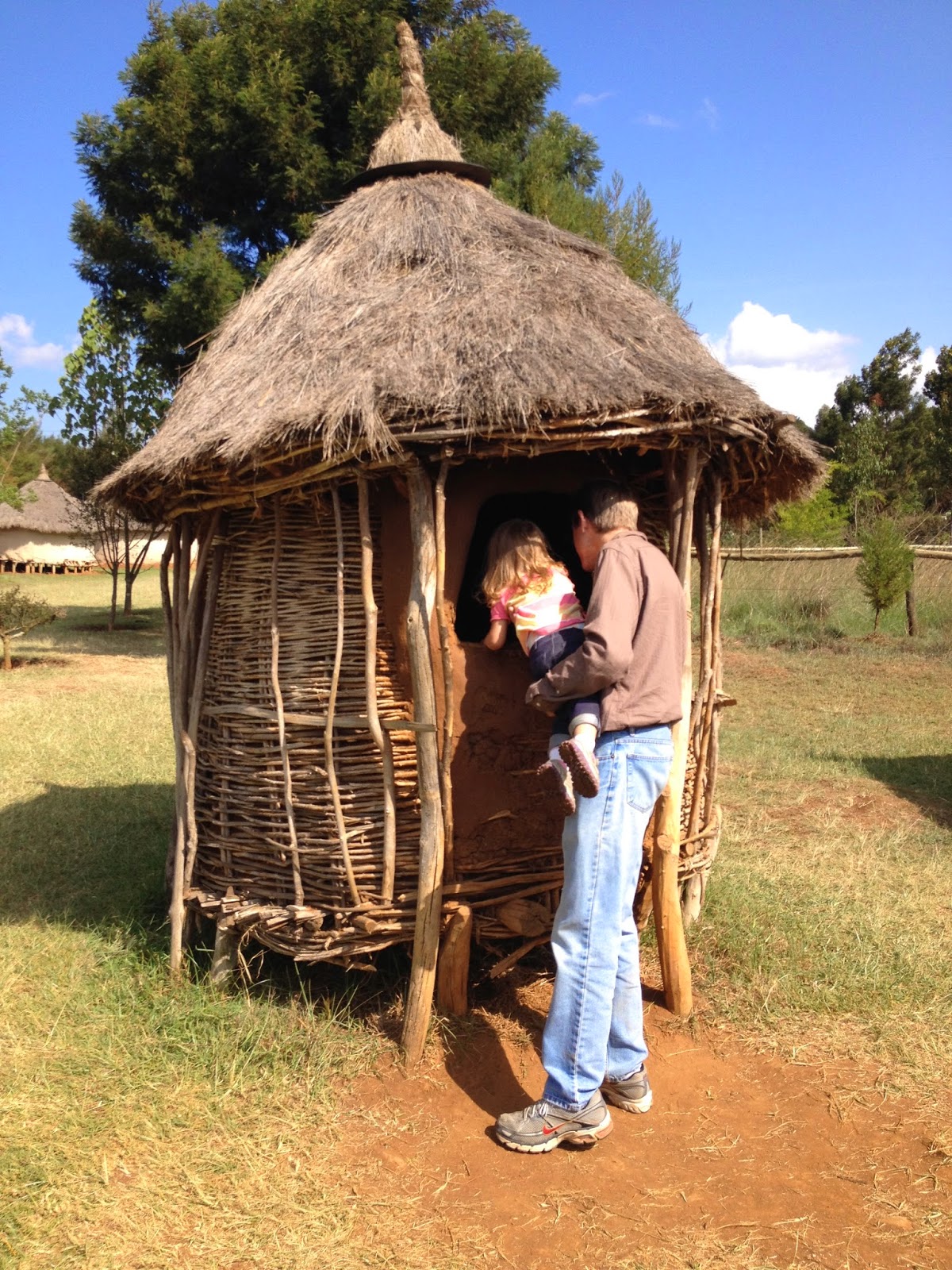 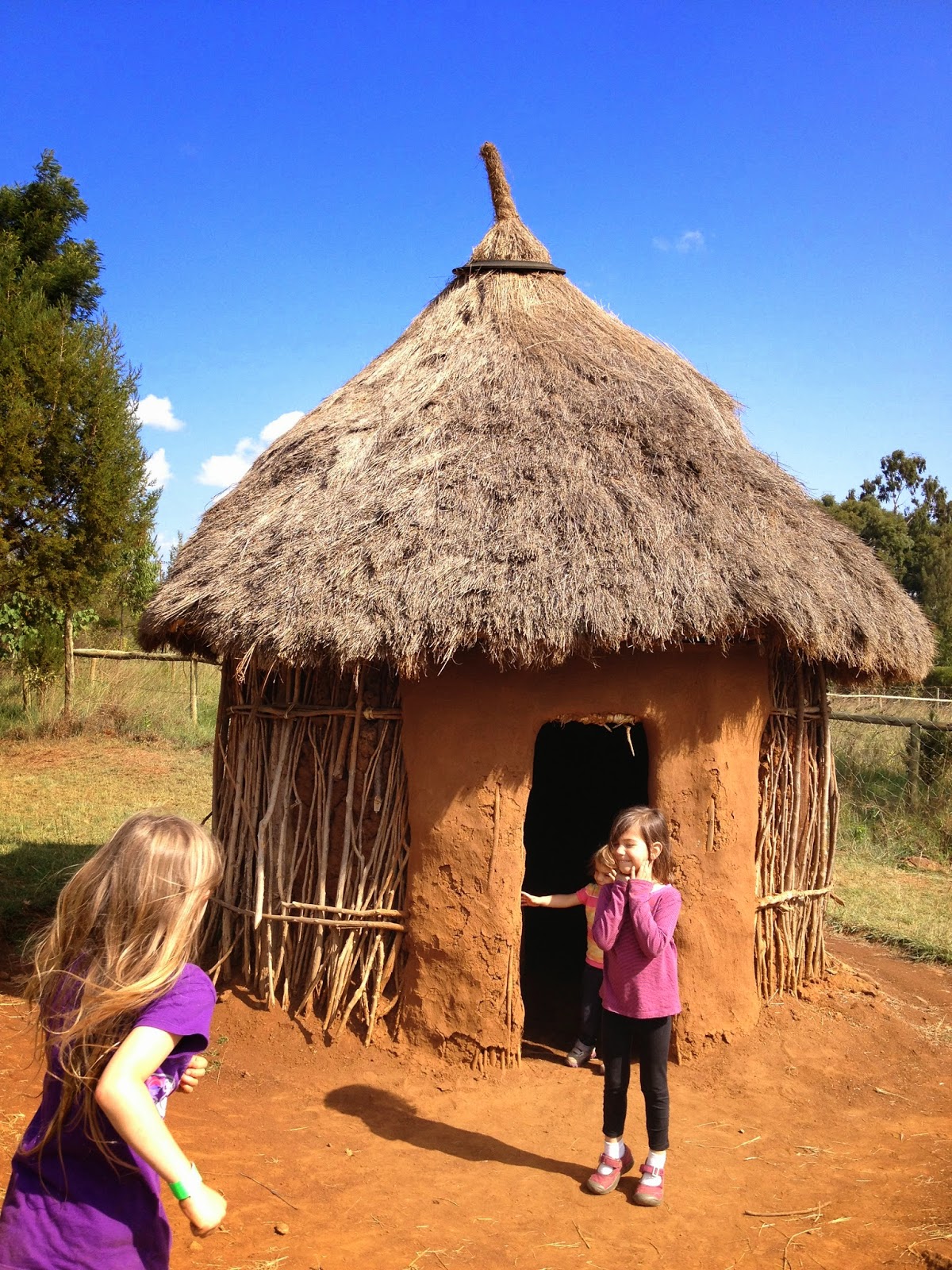 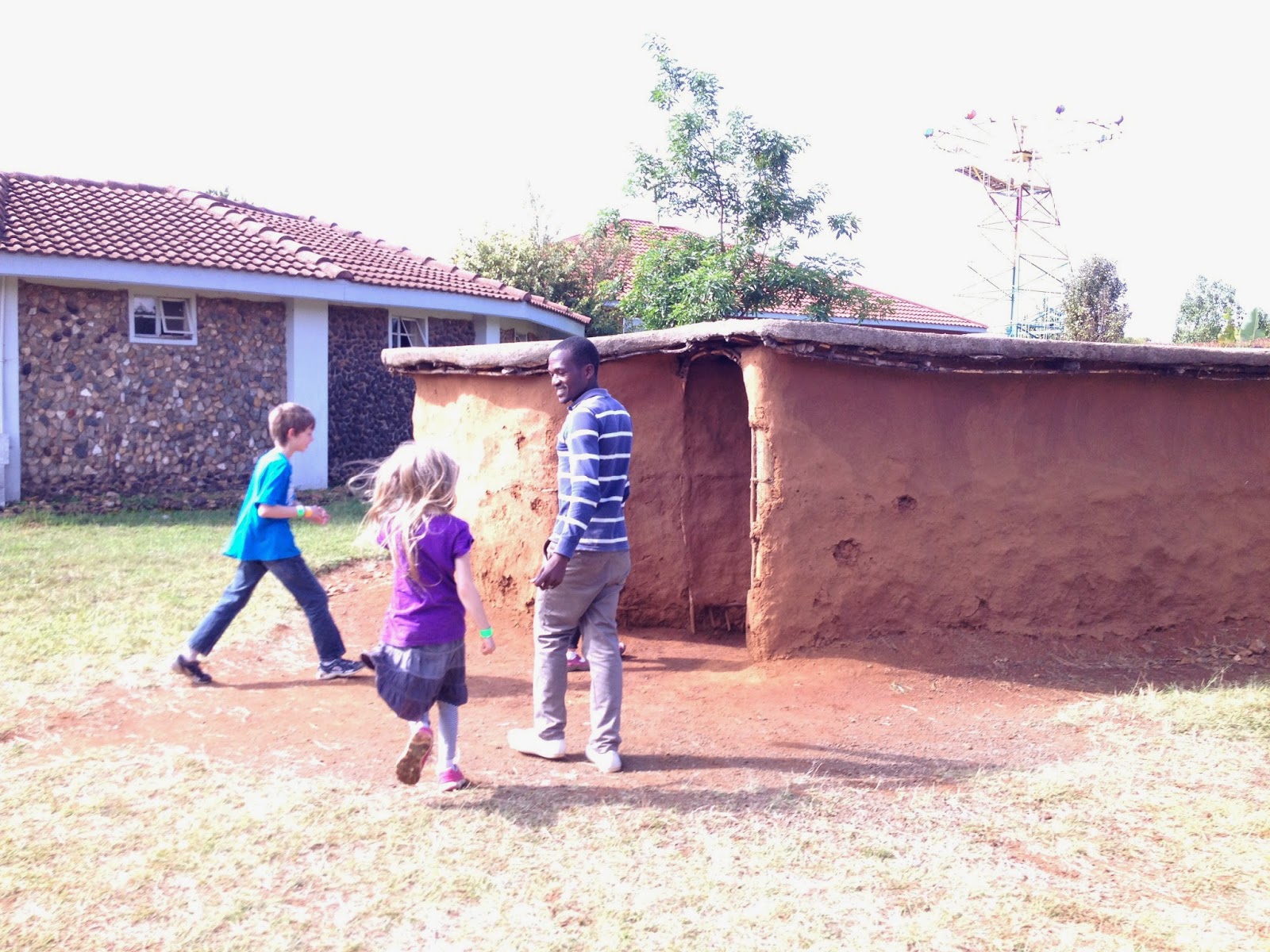 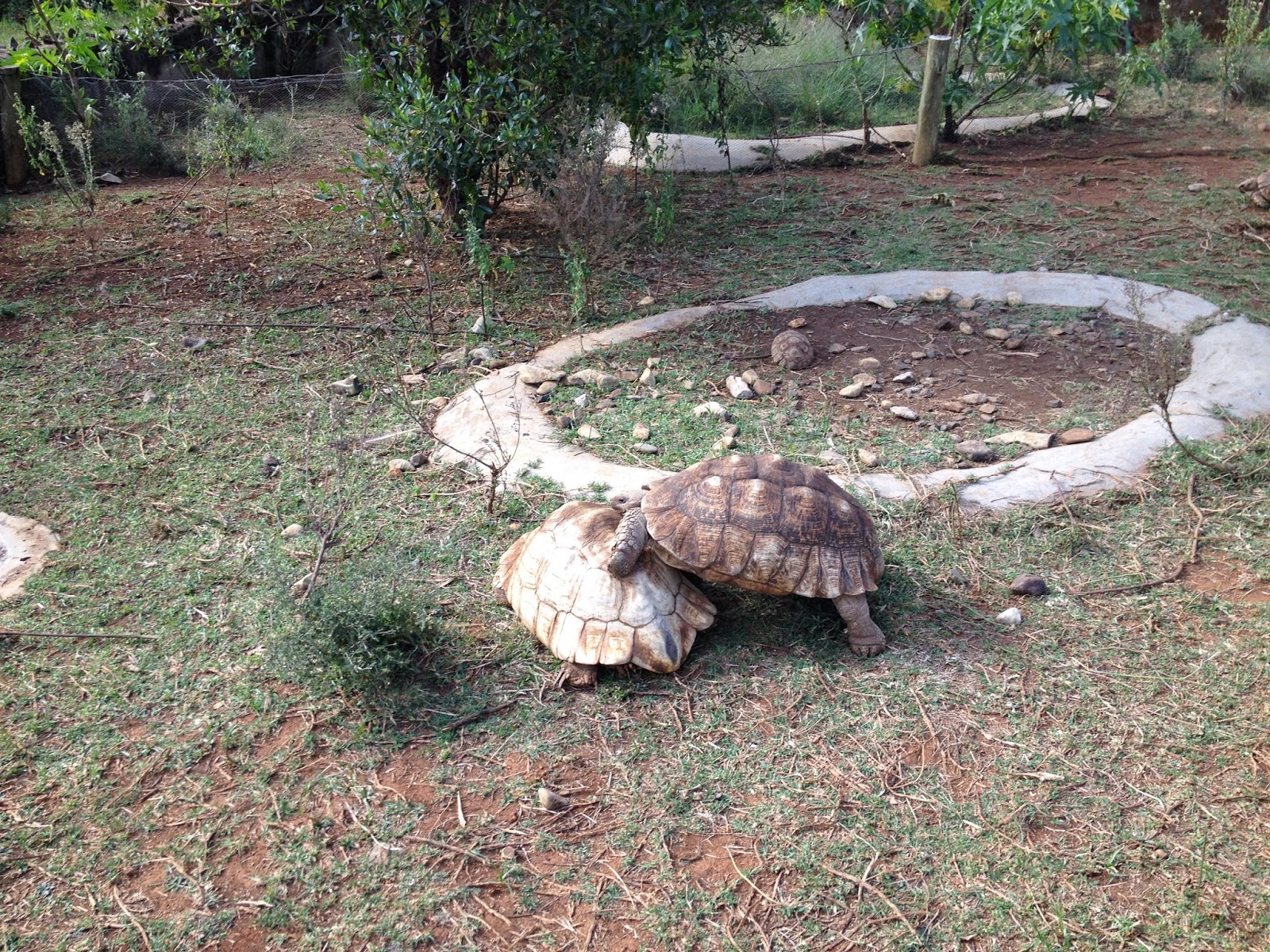 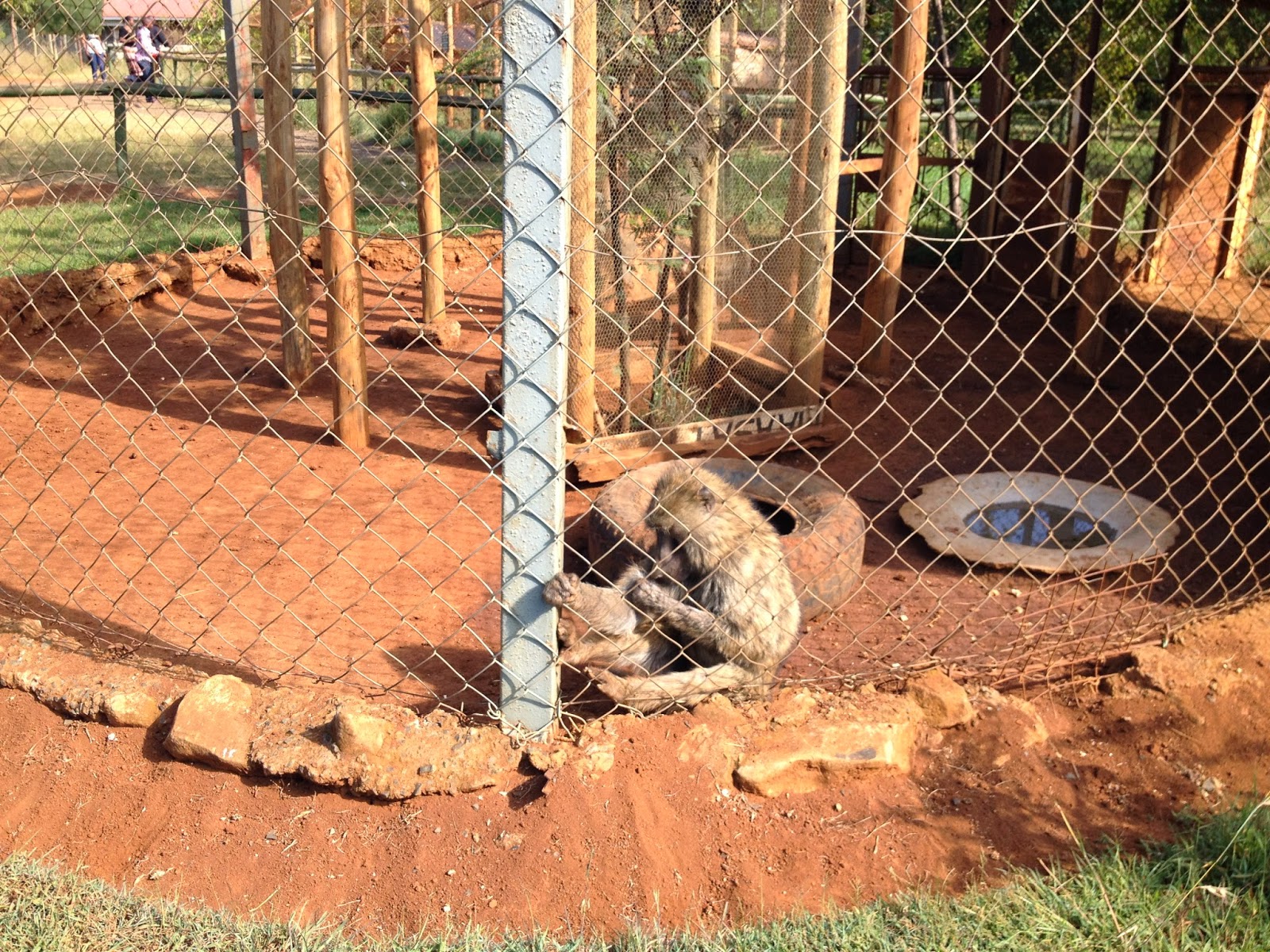 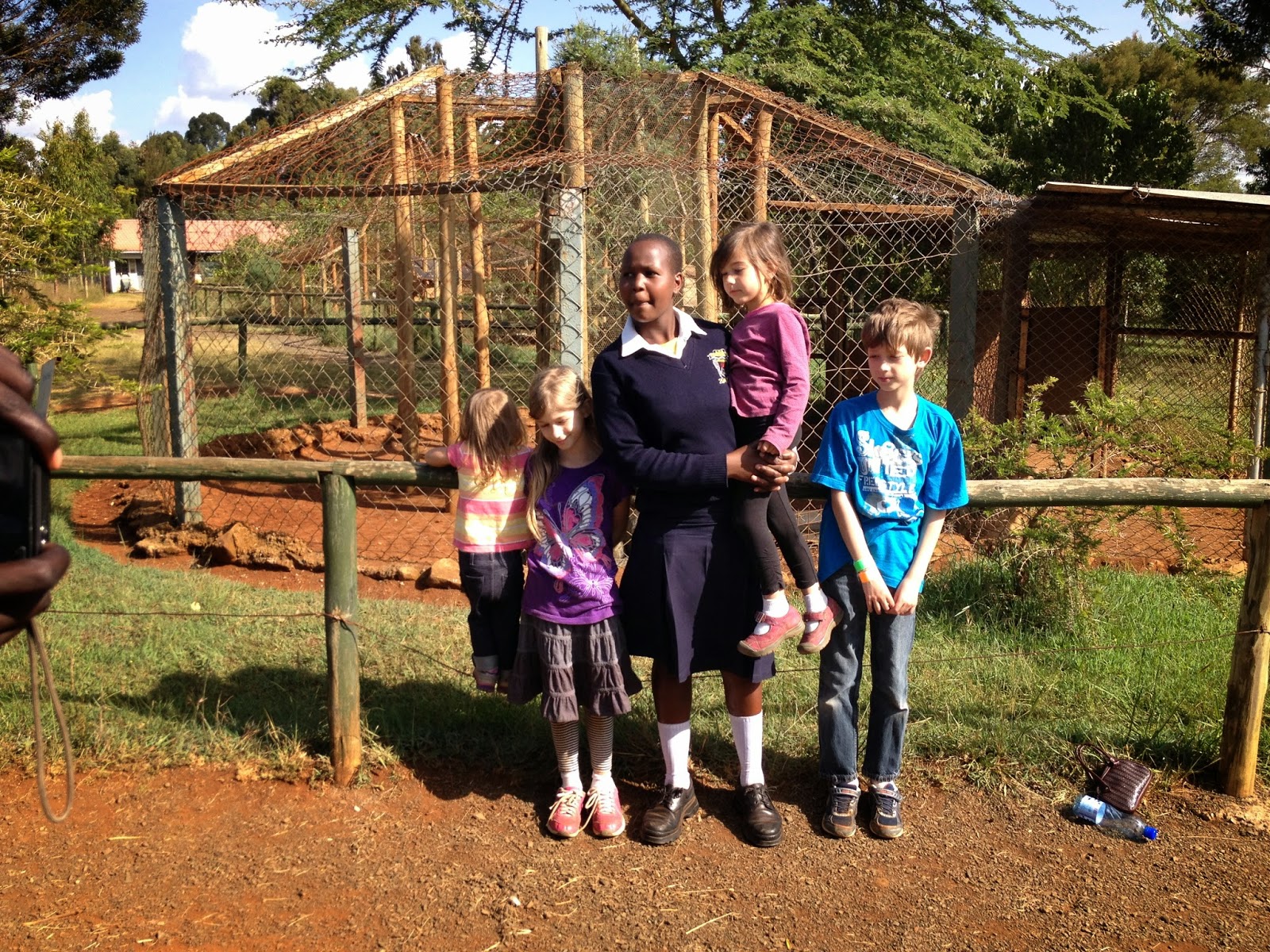 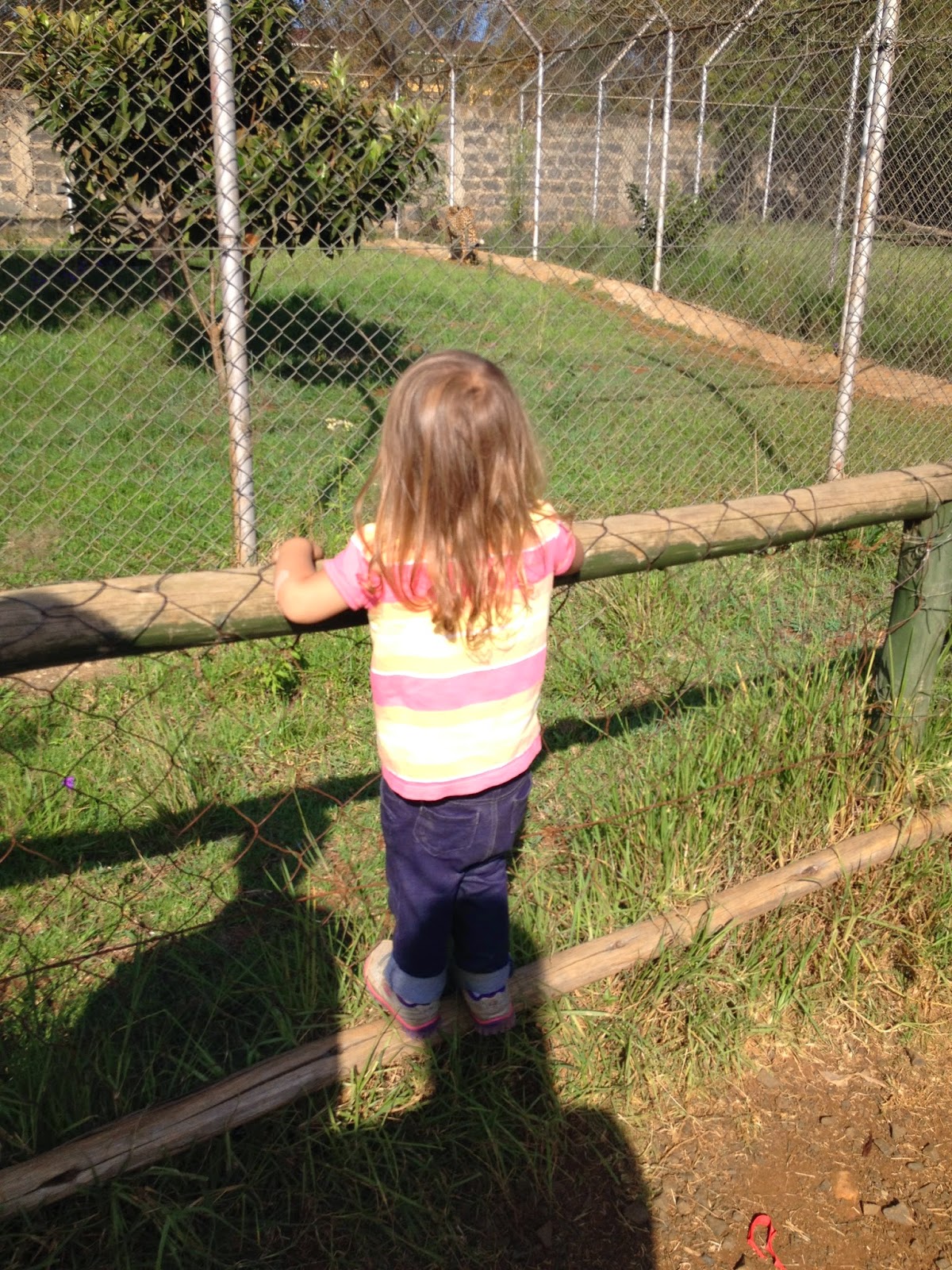