So I read no books in May.  Can you blame me.  I was preparing to take six people out of the country for two months.  It was a stressful time to say the least.  Did I ever put on here that I went to the ER because I thought I was having a heart attack.  Turns out it was just a panic attack.  I've decided it was mainly due to the fact that I was going to be on a plane trapped with Cheetah for 18 hours, and you know what that was horrible so it was rightly dreaded.  Besides that whole fiasco we were doing a "Read the Book of Mormon in 100 days challenge" in Relief Society.  For awhile I kept up but since I've been here I've fallen further and further behind.  I have gotten caught up in my reading goal for the year though.  Turns out not having Netflix, my phone, or anywhere to go does wonders for giving me time to read. 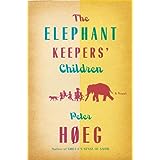 I'm sort of iffy on this book.  I've been trying to branch out to more foreign authors and I wanted to enjoy it but I think I was supremely disappointed by the fact that it wasn't about a zoo keeper/circus workers children and I just never really recovered from that.  Instead it is about a Danish vicar and his children.  The Elephant is the crazy lies/illegal activities the preacher keeps from his children.  It just wasn't what I was expecting.  The story is all told from the perspective of Peter, who is 14 and the youngest of the vicars three children.  After the vicar and his wife disappear Peter and his sister Tilde spend a crazy week running all over the country trying to figure out what he was up to.  If Ocean's Eleven had a baby with Growing Pains and the baby was a Dane you would maybe have this book.  It was ok.  Some funny bits but if I'd had something else I probably wouldn't have finished it.

The Klaatu Terminus - Pete Hautman
So I was pretty sure while I was reading this it was the ending book of a series, turns out I was right which explains why the heck it took me so long to figure out what was going on.  This is YA science fiction.  If you don't like time travel do not read.  You follow three main characters who are jumping in and out of time streams.  Kosh was a teen in the 90's who was in love with his older brother's fiance Emily.  Tucker is Emily's son, who believes his mother to be brainwashed and now going by the name Emma.  Lia is a girl from the future who has joined Tucker and is trying to help him navigate the future and the people left behind after civilization as we know it as crumbled.  Meanwhile they are being chased by Timesweeps, trying to push them out of the future and Master Gheen a religious fanatic from the future.  I actually really enjoyed this book.  I think it would have been a lot easier to follow if I would have started at the beginning but the characters were great, the story was interesting, and I could have kissed Pete Hautman for getting romance right.  Kosh might be a boy, but he is a boy who feels.  That being said he isn't some whiny, clingy, creepy type guy.  He is dealing with complex issues and Hatuman plays the angst just right.  He is a "bad boy" who doesn't know what direction to take in his life.  Kosh is a guy I would have found totally irresistible in my young teenage years. 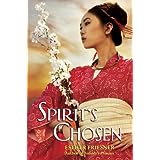 Here is another YA book that belongs in a series that I was reading out of order.  What can I say, I tried to load my kindle up before I left and it is just a heck of a lot harder to the get the first book in the series from my library.  Who knows why.  This story follows Lady Himiko as she returns to her village to find out the Ookami (wolf) clan has killed her father and two of her older brothers and kidnapped one of her step mothers, and two of her brothers.  Her mother has cracked under the strain and almost kills her remaining step mother when she rushes in to protect Himiko's remaining brother when he is scared and refuses to answer to one of her kidnapped brother's name.  Himiko travels to the Ooakami village to see if she can get her brother back to heal her mothers heart.  She is enslaved when she gets there but word of her healing and shaman powers win her some reprieve as she works to try and free her family members.  There is a little sweet romance here, but the story is a little slow and the ending kind of a disappointment. 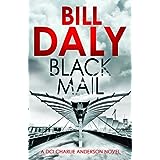 What is not to love...a murder mystery set in Glasglow.  This is dark and gritty and just the way I like my mysteries.  I will definitely be looking for more Bill Daly books. 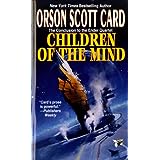 So I was going to say this is the final book in the Ender's series but then I went on Wikipedia to figure out what the title was and see that Orson Scott Card managed to milk a whole lot more books out after this including one that is going to be released this year.  I can't say I blame him, hey if people are still buying why not, but I can say I was a little disappointed to find that out because I really was excited to know sort of how the whole Ender life ended.  So long story short this is the end of Ender's life.  It is actually kind of depressing.  I don't know what I expected but the whole thing with his wife and him in middle age, well maybe it was better not to know.  There are a few little twist and turns though which I guess is why this book falls in the middle of the series rather then the end.  Not a bad book to have read but definitely not my favorite Ender book or my favorite Card book by far.  It is sort of like the 10,000 meter gold medalist who lives at the end of my driveway.  Sure he was sort of amazing at one point, but now that he is in middle age he has a beer belly, and I never see him walking let alone running, this is kind of what you get for the Ender's life...just sort of a disappointment.

Children of the Street - Kwei Quartery 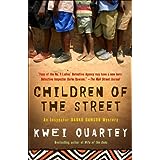 This was my favorite book I read this month.  It follows inspector Darko Dawson as he tries to navigate through the politics of being a poor detective in Ghana as well deal with a son with a worsening heart condition and solve the serial murder of street children.  I don't know why I liked it so much.  It could have been the fact that I'm just a murder mystery junkie and Kwei is an author I'm going to be keeping my eye on.  More likely though it has to do with the fact that I'm currently in Africa and so much of the stuff that he was describing in the book just really rang true with me.  One of the victims is a shoe shine boy.  Everyday I walk to town I walk right past those boys.  Dawson's son is dying of a fixable by surgery heart condition that Dr. J sees here.  The police officers are paid very little and still use some of their own money to buy needed supplies.  If you throw out the crazy psychotic serial killer it just really rings true to the reality I'm currently witnessing.

Walking Together, Walking Far: How a U.S. and African Medical School Partnership Is Winning the Fight Against HIV/AIDS - Fran Quiqley 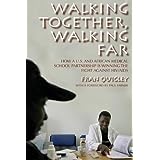 So this little book is actually required reading for the medical students who come out to be a part of the program.  It isn't for the residents and it certainly isn't for anyone's tag along spouse but I found it in the library and decided to take a look.  It was crazy, the place where I was reading about all the amazing things Bob and Joe and their wives have done.  I eat dinner in the same dining room as Bob and Joe every night.  It also gave me a lot of insight into to the program and sort of their goals here.  A lot of what they are doing and working with is the AID epidemic in Africa.  They have really set up an incredible program to try and deal with that particular problem.  It is sort of the main goal they are trying to tackle and the driving force behind a lot of the money they receive here.  So a lot of things sort of made a lot more sense to me after I read this.  I had read a little about AIDS in Africa but this just really humanized the whole thing for me and gave me a great overview of what some of the huge challenges health care providers, countries, and patients deal with trying to stop that disease.

So I've been reading out loud to the kids a lot as well.  So far we have finished these three books. 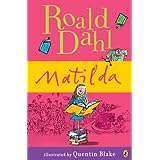 I just love Roald Dahl, but once again I'm just struck by how truly horrible he makes most of the adults in his stories. It was a different world he grew up in, a different world.  Brilliant little girl born to two totally horrible parents.  Spends her time trying to come up with ways to punish them until she realizes that she has the ability to move things with her eyes.  Then she takes on her evil headmistress. 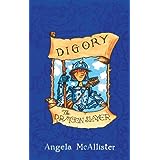 The kids liked this book.  It had pictures and a knight who didn't want to be a knight.  They thought it was funny and cute. 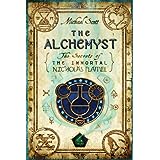 This was a favorite of Captain E.  Gigi hated it.  It follows a set of "humani" twins who get mixed up with an immortal alchemyst as he tries to save the world, his wife, and a magical book called the Codex from the dark Elders, a group of mystical creatures that once ruled the earth but who were forced out to the shadowrelm after the invention of steel.  I don't know.  This story has magic and excitement.  There is a battle between good and evil.  Maybe one of the twins is going to evil.  My main complaint it was obvious pretty early on this was just one is a series.  Sometimes these series exhaust me.  People can't we just write one amazing book that tells a story in one book?  Can't we?  Ok I realize there is not as much money to be had in that but every once in awhile it would be nice for the reader.
Posted by Glenda at 1:50 PM