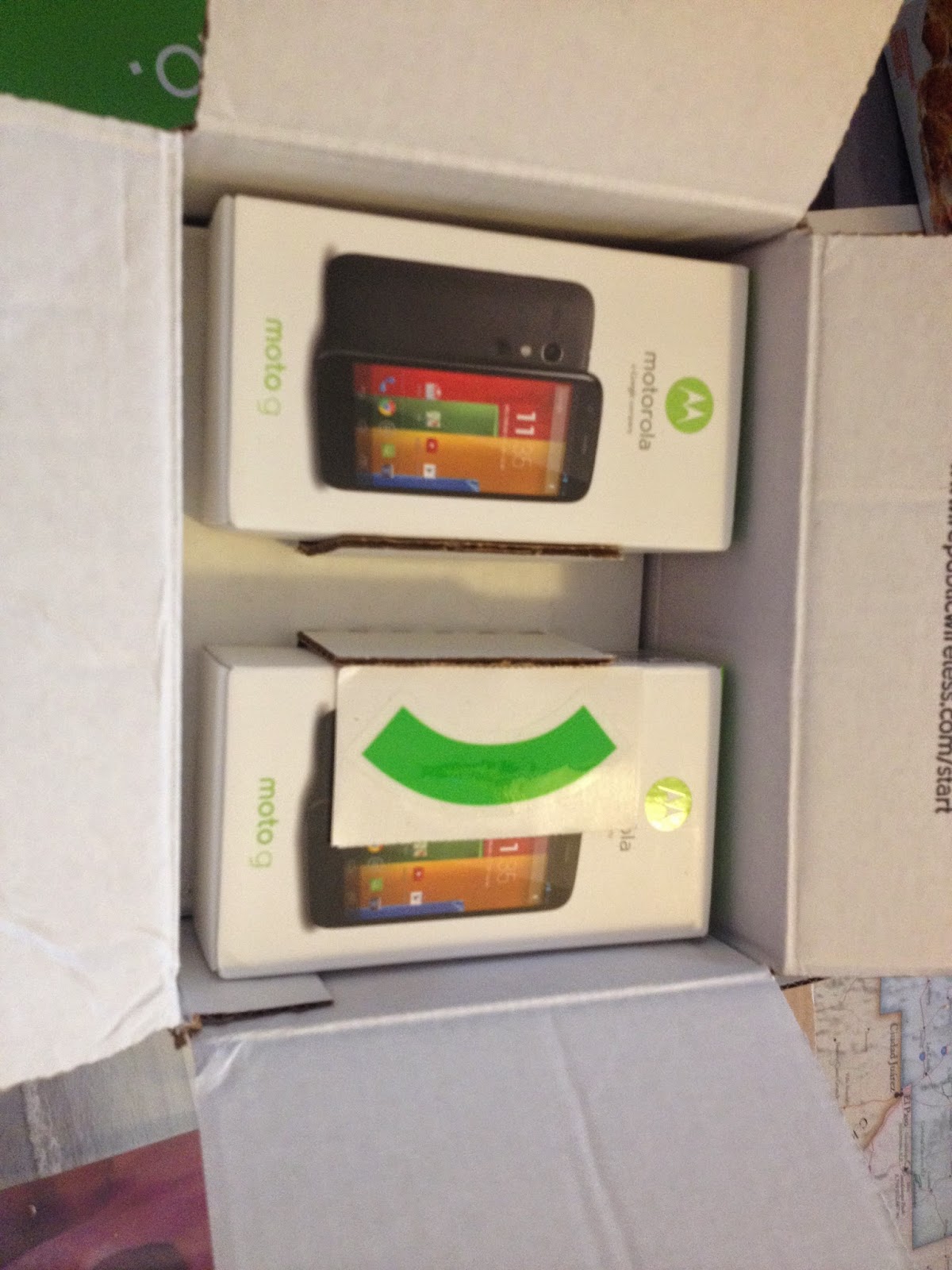 This summer was the first time in a long time I haven't had a cell phone.  If fact I was cut off from a lot of the things I'm used to, a car, regular internet, a phone, netflix, pandora, hulu (none of these are available in Kenya so unless you want to buy a VPN that fakes them into thinking you are in the states you are out of luck).  Of course that actually slows you internet speeds down a smidgen because you have to bounce and considering how spotty my internet already was it just didn't seem worth it.  Dr. J had two phones while we were in country.  The first he burned the battery out on.  The second was his jail broken Iphone.  It was the only way he had to communicate with his intern at the hospital who was expected to do night cover so it was a good thing he had it but I just didn't see the point in having a phone.  I almost never went outside of the compound when I wasn't with Dr. J and I didn't really have anyone in country to call.  The few times we called home we just Facetimed with our family on our ipad.  I thought being without my phone would be the worst thing ever but the truth is I just didn't mind that much and so when I got home and realized that just for our basic cell phone service on our two IPHONE 4s (3G service via sprint) we were paying $120 a month I was a little sick, especially since truth be known I just mainly use my phone to mess around on the internet and call my sister.  Throw in our home internet and I was spending almost $200 a month to have internet.  It seemed so wasteful and so I started looking for an alternative.  At one point I considered having no phone at all, but since we don't have a home phone and J can't just leave work to get sick kids that didn't seem like a great option.  I looked at all the major competitors, I looked at Walmart's Straight Talk, Virgin Mobile, Cricket...I looked at everything.  I finally decided to go with Wireless Republic.  I told Dr. J the idea, showed him the money and he was sold.  The next week we said goodbye to sprint and our iphones and we've been with Wireless Republic ever since and I love it.

THE SERVICE
Wireless republic is a phone service that uses Wifi when you are at home or connected to a wifi nextwork and then trades onto cell service when you move out of the wifi area.  So far I've experienced that transference to go seamlessly.  It then moves on to sprint service so if you don't have grate sprint service in your area this would probably not be the plan for you.  We were moving from sprint so we already knew what the service would be likely.  Mostly good, occasionally bad in some areas but for the price we were willing to risk it.  Also if you had horrible internet I hear that can affect your phone but you can actually tell your phone to ignore a wifi connection so there is that.  The one time we really had trouble was when Dr. J was in the hospital at work and I was at another hospital with Peach.  Hospital's are notoriously just not great places to get cell phone service and the wifi in my room was sort of shoot.  That one experience aside I'm still happy with our service.  If we ever have any problem at all Dr. J and I just say, "40 bucks a month and we are happy again."

COST OF THE PLAN
There are four cost price points and you can change your plan up to two times a month so if you pick one plan but then want something else while you are on vacation or whatever you have the ability to do that.

WiFi Only $5 a month - Unlimited Talk/Text/Data over Wifi.  We don't use this option but I decided early on if I hated the service and wanted to go back to something else I'd just use my phone with this plan as a home phone at home.  Definitely affordable.

The Republic Plan $10 a month - Unlimited Talk/Text over WiFi and Cell, Unlimited Data over WiFi.  This is actually the plan I personally went with.  When we were in Kenya it became glaringly obvious to me that I spent way to much time on the internet on things that had absolutely zero importance.  This plan limits my ability to do this.  There was one time when this was super inconvenient and I wanted to look something up but for the most part it keeps me off Facebook at the park or whatever.  I can still use things like Cartwheel by just connecting to the Wifi at Target, so that's great.

Republic +3G $25 a month - Unlimited Talk/Text/Data over WiFi and On-Network 3G.  This is the plan Dr. J picked.  We were still using IPhone 4S so all we had was 3G and we didn't mind it.  He likes being able to use the internet whenever and he's been happy with his service so far.

Republic +4G $40 a month - Unlimited talk/text/data over wifi and on-network 4G.  If you had to have 4G this would be the plan for you, although at $40 I think you are getting closer to the price of what you'd be paying at other services so it might be worth looking around especially at the Straight Talk plan from Walmart.

So we now pay $40 a month for cell phone service (that includes my The Republic Plan, Dr. J's Republic +3G and the $5 in taxes and fees our state lumps on...each state is different).  From the $120 we were playing to be on my mom's phone plan that is an $80 savings a month!  An $80 savings...which is amazing!

The One Con
Here is the one cons as I see it on the plan, you have to go with one of their phones because it has to have the software/hardware to transfer between wifi and cell service.  This is a con because maybe you are super attached to your iphone or maybe you don't want to shell out extra money because that has to be added into your service against your savings but when we did the math it was still so worth it.  They currently have Two Cell Phones you can choose from with a third coming soon.  Right now you have the Moto G at $149 (with 8 GB of internal memory) or $179 for 16.  This phone does 3G.  They have the Moto X for $299 with 16GB of memory and it does 4G.  They are getting the Moto E soon which will be $99.  It will have only 4GB internal memory but will be expandable up to 32GB of memory with a micro SD card. 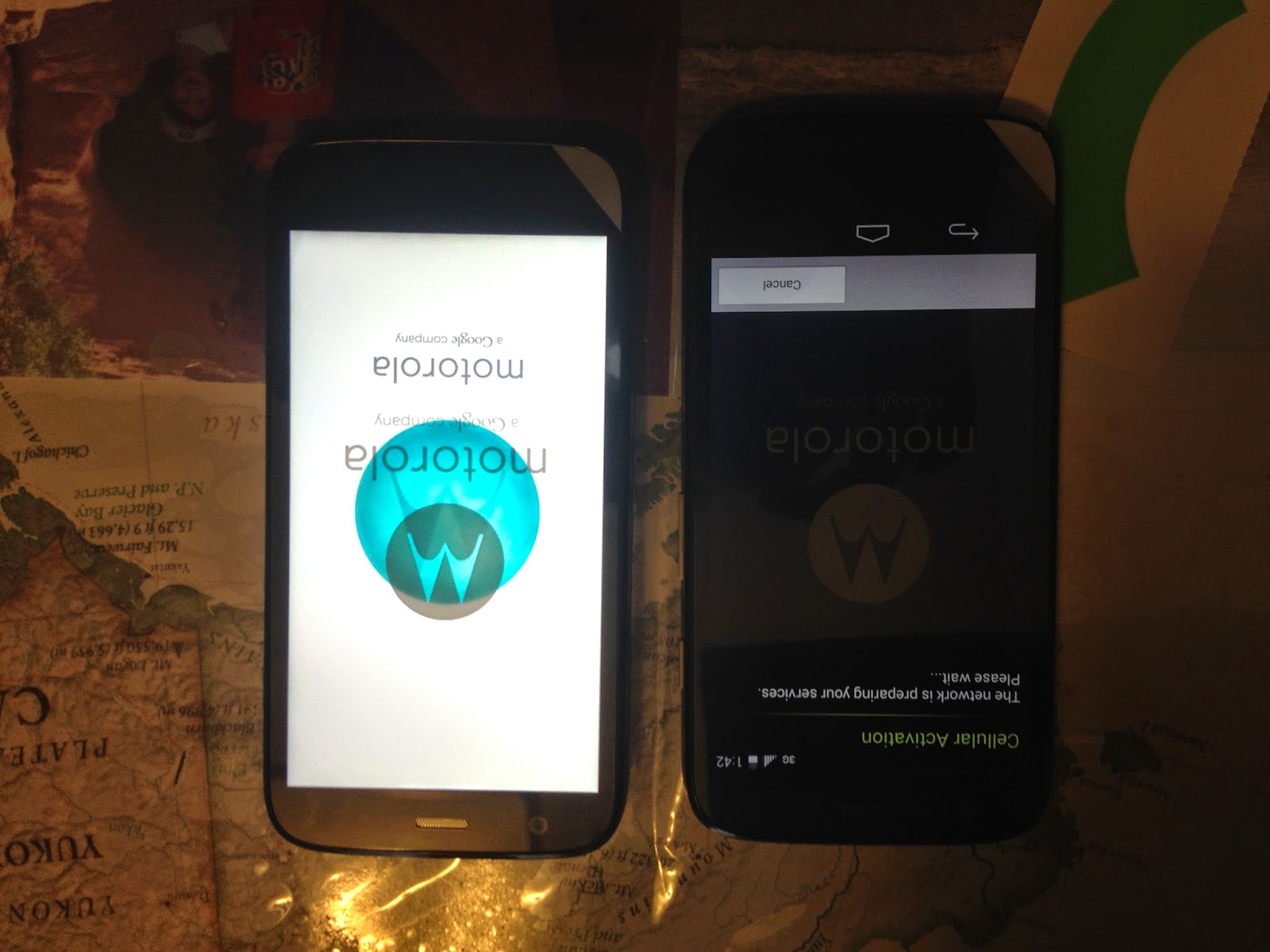 Just doing some quick math for you, we did the Moto G's at $179.  Two with taxes came to something a little under $400.  If you split that cost over a twelve month period it is $33 dollars.  Add that to our $40 a month and we are still saving almost $50 a month.  If we keeps these phones two years, the standard term of a contract, and spread the cost over that period we are looking at a $64 a month savings.  Some things that would make that cost go even more in our favor....

Selling our iphone 4s or turning them back in-I actually did this.  I sold my iphone 4s to my mom for 100 bucks.  Both her and my brother have water damaged theirs and she's resistant to getting a new iphone with sprint because they are trying to force her to leave her family plan which had unlimited data to a limited data shared data plan which actually cost more.  She bought my iphone for 100.  Even if she hadn't have wanted it I could have sold it back to sprint for $78 or taken my luck on the craiglist or ebay and sold it from anywhere from $80-$120.  Since the $78 is a guaranteed I'll just use that number, over a 12 month period we are selling our phones back to offset some of the cost of our new phones saving $60 a month.  Over a 24 month period we are saving $70.

Another thing that could have saved us even more money would have been to buy our Wireless Republic Phones used on ebay.

I should also note that we got $20 dollars off by using an old med school friend's referral code.  She got $20 off her bill that month as did we. 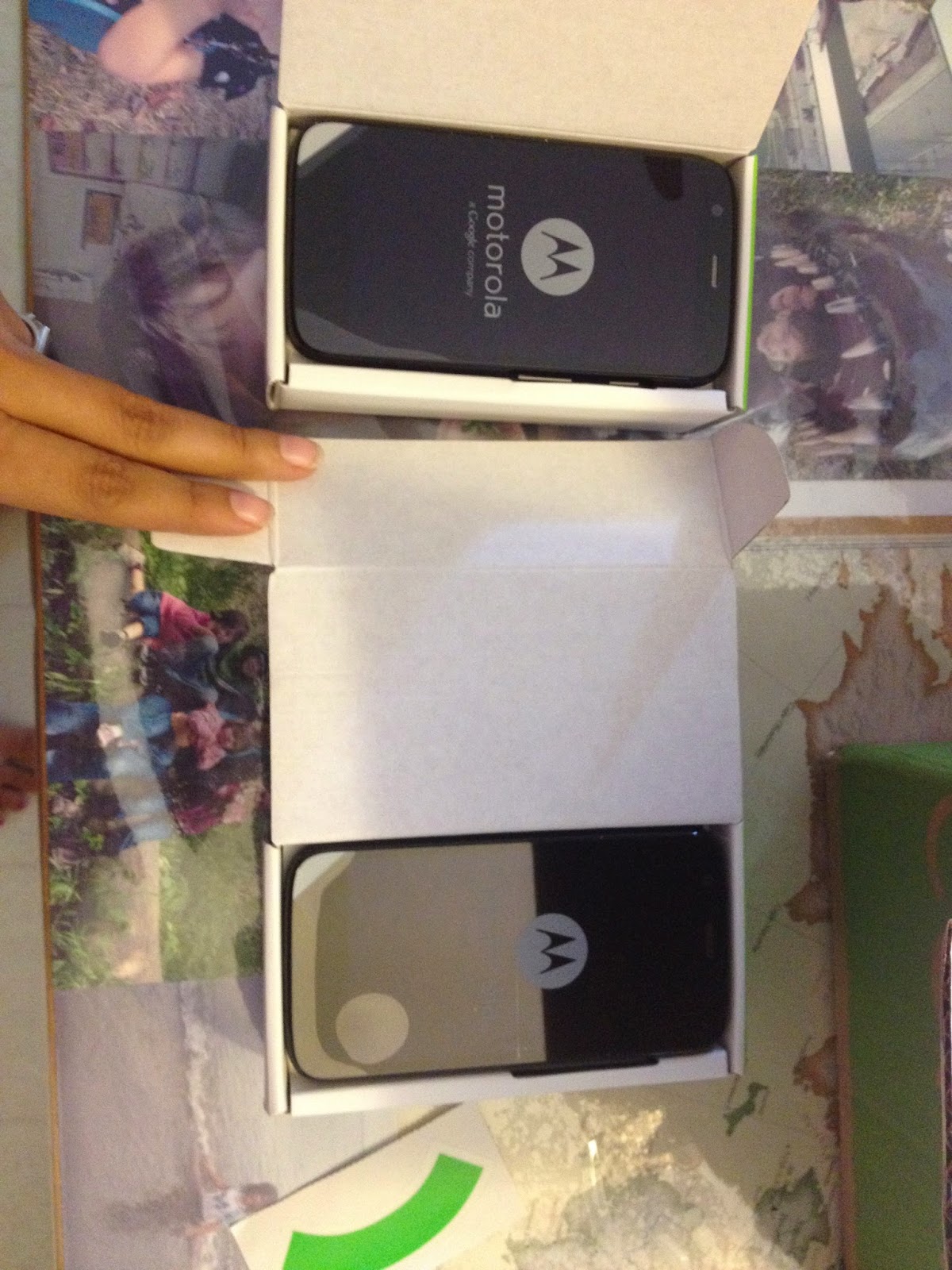 Do I ever miss IPhone, sure, getting used to an adroid after years an apple was a little confusing at first but now I'm pretty happy with my phone, it does what I want and the savings makes it all worth it.  If there is ever a moment where I'm a little annoyed I think of how much money I'm saving and am like, "Nope, worth it."  I was slightly in awe when I saw the new 6 but then I thought, why do I want to be in this race any more.  Apple releases a new iphone like every year and then you are stuck constantly trying to upgrade their $600 phone.  I've noticed fewer and fewer companies are giving you the phone for free and heaven forbid you lose it.  My Iphone got stolen one year into my contract and sprint and apple were zero help.  I'd gotten the insurance with Apple (a waste of $100 in my opinion because it only covers problems with the phone that honestly I think they should cover anyway...like it being a lemon or having glitches...losing it or getting it wet the two things most likely to happen you are on your own).  Find your phone won't work if they just reset your phone completely which is what a cell phone thief will do and then they sell them over seas or jail break them. So I ended up having to buy another phone off ebay.  I think it cost $270 bucks.  Just way to much money when you add that to the $200 I'd paid for the phone originally with my contract and the $100 I'd paid to insure it against nothing.  So while I love you iphone I don't miss the cost you add to my life even with the savings of being "under contract".  I like the fact that if this phone gets lost or stolen I can replace it for $150 bucks total for a new one and new one isn't going to cost me over $600.  Just something I tell myself in the few times I was feeling a little jelly ;)  If you ever have any interest in switching over let me know.  I can give you a code that will get you $20 off.