A Very Frozen Halloween - Target Cartwheel Deal 40% off Today Only 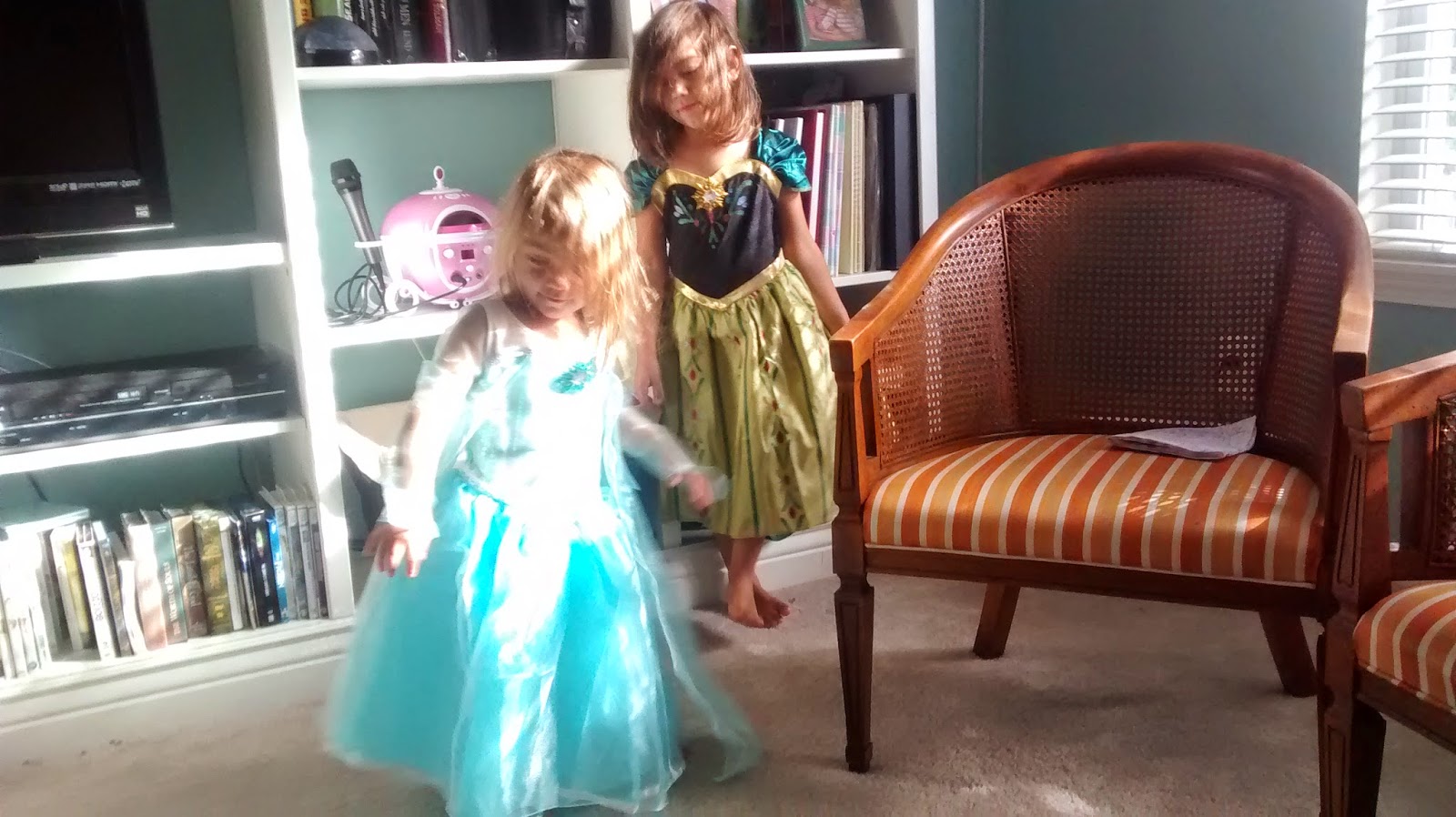 I used to do a lot of coupon shopping but I felt like I bought a lot of stuff I didn't need and my husband hated the hoard of shampoo and makeup so I cooled my jets the last couple years but in the last few months I've started using some online coupons that I access via my smart phone.  Cartwheel is one of my favorites....it is deals just for Target that you can use with other manufacture coupons and I love it!  I decided last month that I was going to be making the costumes for all my kids.  My two youngest girls wanted to be Elsa and Anna (the older one wanted to be Anna and the younger one wanted to be Elsa...I don't judge), so I spent the last month pinning costume tutorials and I found a lot of really cute ones but as Halloween started to get closer my older children picked their costumes and they are ones that are going to be a little more time consuming for me and I started questioning the wisdom of making all four costumes.  Yesterday my sister in law mentioned that cartwheel had a 40% off costumes...so even though technically we are still in no spend September I headed over to see what they had.  I know I cheated....but I justified it in my mind on the fact that the costumes were going to be bought either way, today I could get them for 40% cheaper.  I found Elsa and Anna.  The Elsa costume was $30, with coupon and my 5% off with my Target card $18.  The Anna was $20, with my coupon and my 5% off $12.  That is less than I would have spent on the fabric to make them, especially the Elsa dress that was going to take a lot of expensive fabrics and now I have more time to work on my older kid's costumes.  The girls love them.  They immediate put them on when I got home and Cheetah started belting out "Let it Go" while Peach put Frozen on.  I'm super pleased with them and while I technically had to cheat to get them I'm happy I did.  I am planning on still making Peach a cape to go with hers but otherwise we are done.  Now to move on to my Princess Bubble Gum wig and dress.  Should be a fun sewing week. 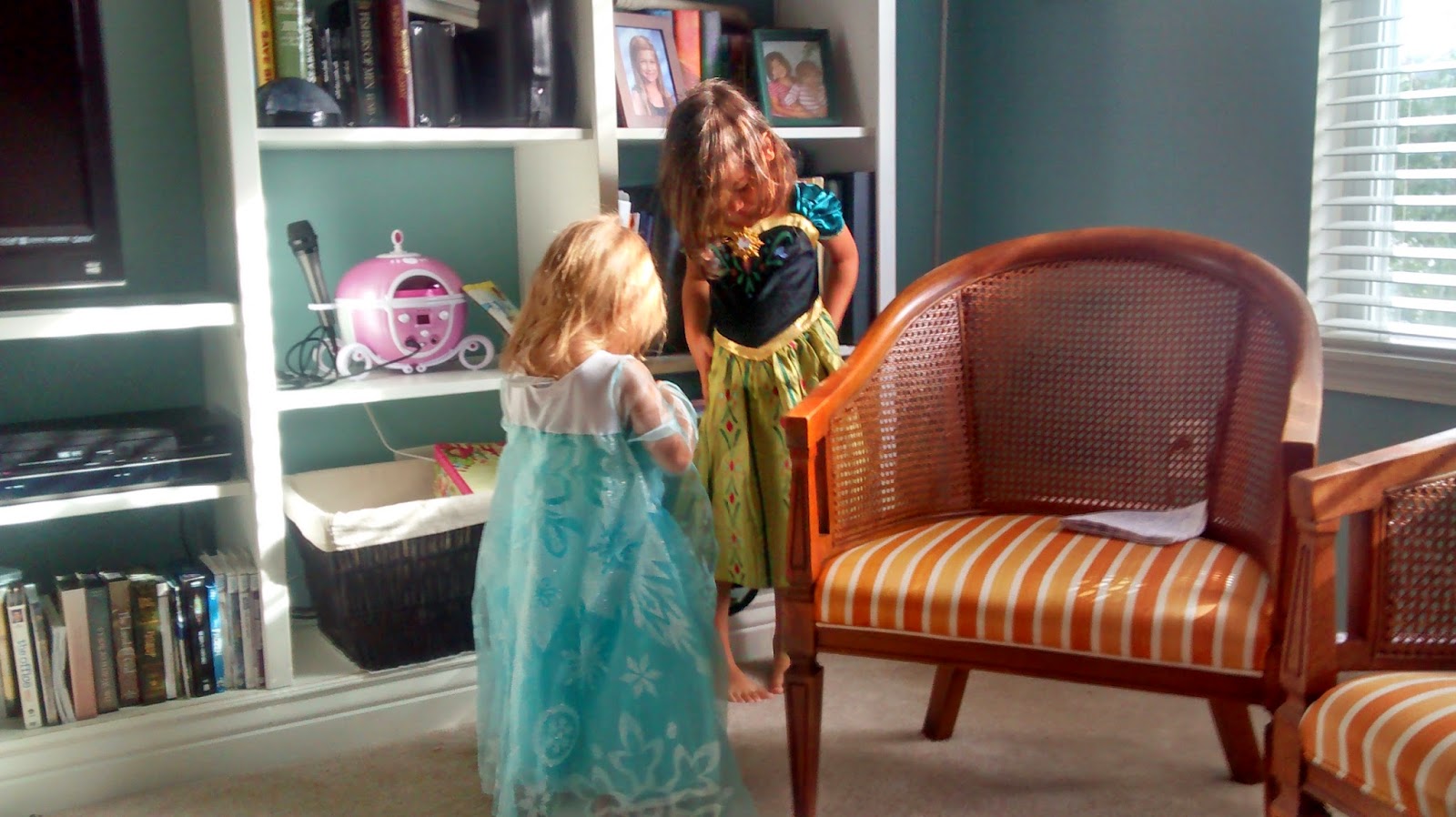