Father's Day, A Staph Infection, and A Plea for Hair Help 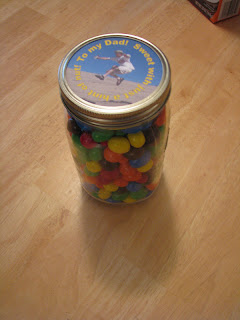 Father's Day.  My kids have a great dad.  He brings home the bacon both literally and metaphorically.  He loves and supports their mom.  He has a better idea of scale when it comes to things like Christmas and Birthdays.  He is fun and warm and present.  Those things might seems silly but I'm a girl who grew up without my dad and so I really understand how important those things are.  We love our dad and wanted to tell him so.  A few weeks ago we bought him a kindle.  He has all kinds of gadgets but he wanted to try his hand out digital ink.  So far he hasn't really had to the time to use it.  So that gift was not so much of a hit.  Meanwhile this pintrest find was.  There is not a single one of those m&ms left, two bags, completely gone  The kids also put together a book for him, which of course he loved because the man is a sentimental type guy.  He'd like you to believe otherwise.  Don't be fooled. 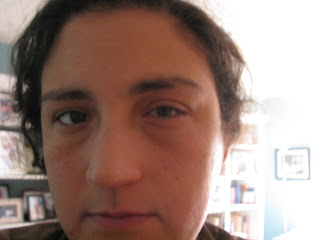 Meanwhile on the home front I was pretty much dying.  I got this sty in my eye.  First the bottom swelled up, then the top.  I used some drops that I had an allergic reaction to.  My left side of my face was a mess.  I pretty much went blind in my left eye and was in throbbing pain.  At 3:30 in the morning I almost took myself to the ER.  But then I realized Dr. J had to leave for work in less than three hours.  So there you have it folks.  Your medical emergencies are more important than mine.  Welcome to being the Doctor's Wife.  That entire day I couldn't see, couldn't tolerate any sun in my eye and  in some horrible twist of fate could also barely open the one that wasn't red.  The kids watched movies all day.  They ate whatever they wanted.  I stayed in the dark and nursed the baby, occasionally venturing out to get more sugar cereal down for them.  The third day the blindness only lasted until one.  The forth day only until noon.  The fifth day by nine I could see.  My eye is no longer red and for the most part the swelling has gone down.  I think there is still a little there, seems to me my right eye is just a smidge bigger than the left still.  Maybe it's just my imagination.  I'm still having a little sensitivity to light but at least I can see, and read, am no in pain, and no longer look like a zombie.  It got pretty bad! 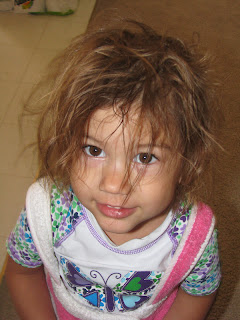 I blame this illness on the craziness of the Relief Society.  A few weeks ago we had a young woman's activity where we borrowed the Relief Society's white table cloths.  I brought the table cloths home to wash.  We'd had a lasagna dinner and some of the cloths were covered in sauce.  I tried spray and shot.  I tried Tied.  I bleached them.  I put lemon juice on them and set them out in the sun.  Some of the spots would not leave.  Dr. J told me I was a nut. "No one cares that much," he said.  Later when I turned in the mostly cleaned table cloths (although still slightly stained in some places) the Relief Society president told me about how she'd been working on a couple of stains for a year.  They care.  Anyway back during the cleaning process I managed to splash a little bleach on the corner of my eyelid.  I rinsed it thoroughly but in the end had a little sore right in the crease.  Every day a little crust would build up in that corner poking me.  I'd wipe it out with a finger.  My guess, I gave myself a staff infection on one of those swipes.  Remind me to never to touch my eyes again :)

Finally, any suggestions on what to do with Peach's hair?  It is so fine and thin it just is always everywhere.  I've tried barrettes, clips, ponies.  I wet it down.  I brush it.  I use detangler.  I'm thinking about just gelling it flat.  This girl just has wild hair.  It is always all over, in her eyes, and standing straight off the back of her head.  I cut it into a bob but it is the craziest thing you've ever seen.  She is constant ragamuffin girl.  What is a mom to do?