I think my friends think I'm bitter towards fathers.  I'll admit, I have a little bitterness.  Years without talking to your father...well it can do that to a girl.  That doesn't mean I don't appreciate the vital role that a father plays in the life of his children, in fact I'd like to think I know it maybe even a little better than most.  I picked a husband that I thought would make a good father.
Here is what my kids have to say about him.
Captain E: "When I think of my dad I think about Wii.  He is the best Wii player in our house. I like him because he works hard.  He is fun to play with!"
G Bear: "I love daddy!"
Peach: "Dada!"  Which was her first word and is still her favorite.
My children are lucky.  They have a loving father.  He plays with them.  He makes hover mom back off.  He provides for them physically.  He loves them.  Kisses them.  Reads to them.  When they are sick he is the one who takes care of them.  When they wake up in the middle of the night he is the one who comforts them.  He is a good daddy and we love him. 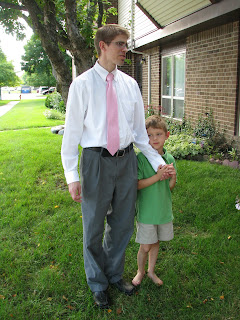 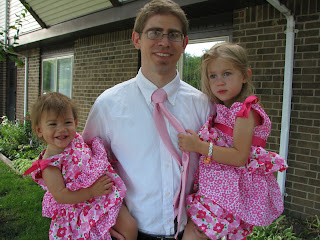