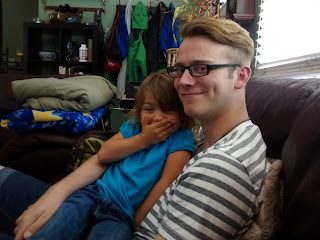 We also spent some time getting caught up with my family.  Here is my baby brother Danny.  My girls of course adore him because he is an uncle.  He is also one of the few people willing to get Hedie the Hedge Hog out for them.  Want to know why...Hedge Hogs poop everywhere...and it is like rodent diarrhea.  Seriously guys it is so gross.  But the girls love him and Danny was willing to hold him for them, and yes he got pooped on. 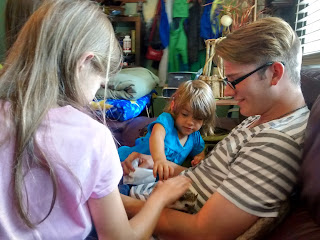 We also took our kids to the discovery museum with my mom and my step brothers.  It is weird to call them that.  Guys I'm old enough to be their mother, but they make good travel companions for my kids even if they are teenagers (talk about the nicest teenagers ever, seriously I can't believe how polite these guys are).  This museum is more geared toward younger kids but they suffered through it with us.  It is at Thanksgiving Point anyone interested in going.  My only complaint I guess would be is that it is pretty pricey although my mom has a season pass so we got in half price and it is super crowded.  Like painfully so.  It really is amazing abut after about two hours the crowds had driven me crazy.  Summer is probably not the the time to go.  A lot of people have year passes and go often to make it worth it to them....and so there are kids everywhere! 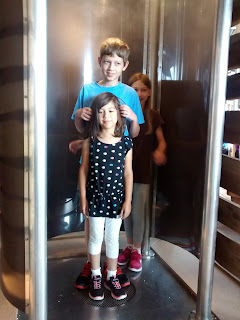 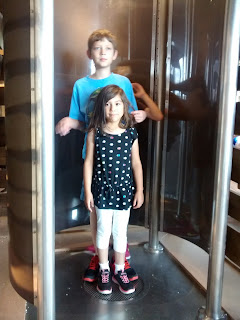 One of the displays is weather/nature related.  The kids loved this wind tunnel.  There is also water just splashing everywhere on the floor right here. 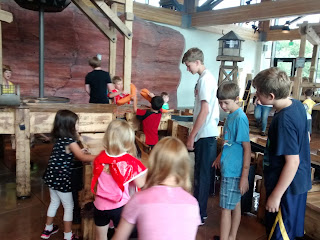 Captain E hanging out with his young "step uncles" 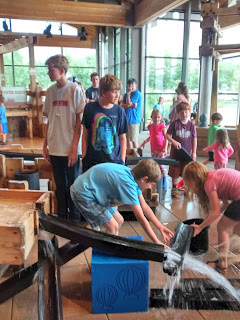 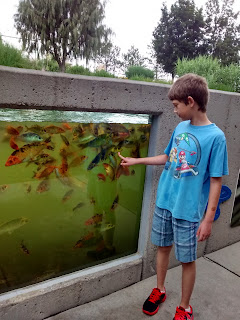 There is stuff outside, some mazes, a fish pound, a underground cave, and my kids favorite a little zip line.  I can't tell you how many times we stood in that line...too many people, too many.  It was at that point that I started to get a little testy.  Don't try and be the kid who cuts the line in-front of the test mom.  Things did not go well for that kid! 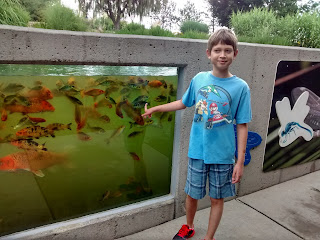 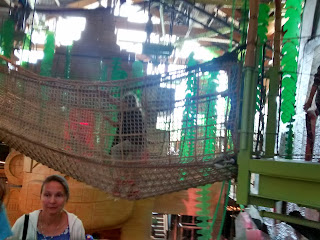 There is a ropes course over a giant indoor playground as well.  It was at this point my head started to split and I insisted on leaving but before that point we found these things as well... 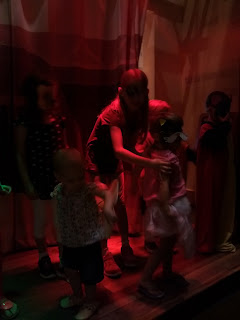 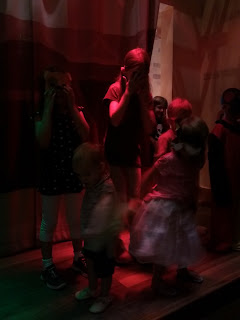 An adorable indoor theater.  There was a stage with three backdrops the kids could control and lighting as well as costumes.  We spent a good thirty minutes in here while the kids played and it was lovely. 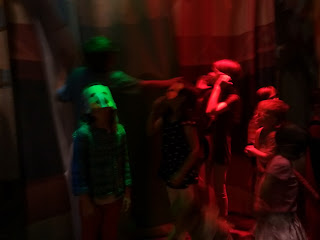 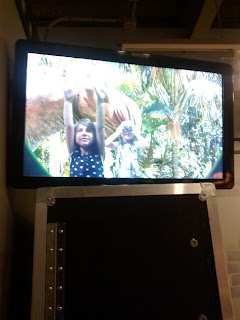 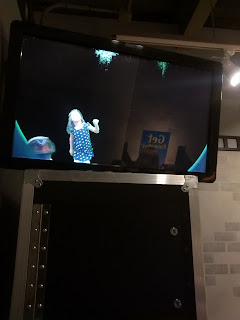 This was another kids favorite.  There was a room where they had movie making stuff.  You could do stop animation and there was also a big green screen where you could put yourself into three movies.  One was a skiing scene, one a dinosaur, and one a giant shark on a treasure ship.  My kids didn't always get the props right for the movies but they had a great time watching themselves on TV! 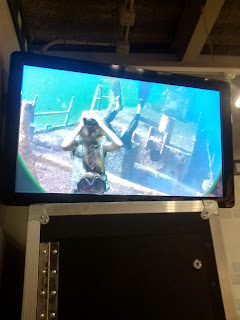 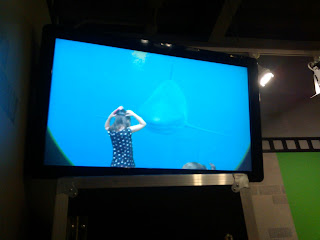 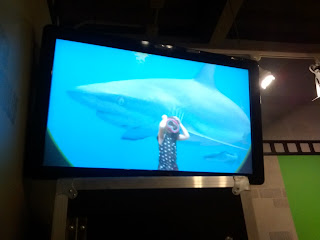 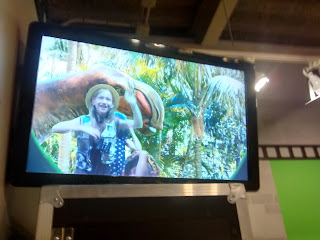 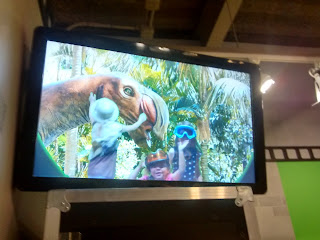 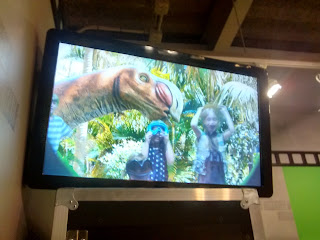 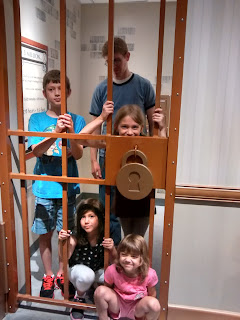 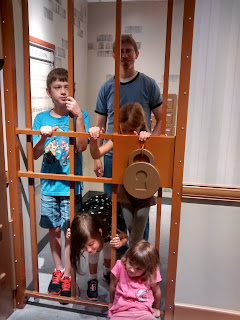 Finally when I couldn't take it anymore I put them in jail.  Haha, not but there was this cool bank safe and a bank where you could put money through one of those vacuum tubes.  Another absolutely must was the music room.  They had drums and pianos, and this amazing laser harp you could play.  We really did have a good time, I just think a good time in the middle of a school day would probably be better!