I bought these adorable little stickers to mark the months...I then promptly lost them.  Go momma!!!!  Three months old now and Cheetah weighs 9lbs 14.5 ounces.  Over three times her birth weight!!!!  We weaned her off the NG tube without the doctor and she is eating and gaining like a champ.  Her little cheeks are all chumps.  She spends most of her days watching her siblings.  The three places she likes to sleep, the swing, mom's arms, and occasionally her bed :)  Don't worry though, mom is getting plenty of sleep.  We watch Battle Star Galatica with our final nurse of the night at eleven.  I put her in her bed and she sleeps until sometime between three and four.  She comes in bed with mama and we nurse again and then she sleeps like the undead at noon snug between her mama and papa until seven.  Seems to be working out pretty good.  She's started smiling at everything and she loves having her back fat tickled :)  Her latch is a little sloppy and she gets a lot of air, she doesn't seem to mind but she is the most gassy baby I've ever had.  Even with lots of burping her she still is a supper toot resulting in the coining of some new words.

In a family where body humor is very much appreciated she is the little gift that keeps on giving :)  We are so happy to have her home and flourishing.  I mentioned to Dr. J this week I can't remember the last time I felt like I needed to cry.  The whole time we were going through the Preemie drama I was a constant mess of tears.  Everyone kept telling me I should talk with someone about it because they were worried it was postpartum.  I keep telling them it was situational depression brought on by a totally lame situation and as soon as I had my baby back I would be fine.  Turns out I was right :) 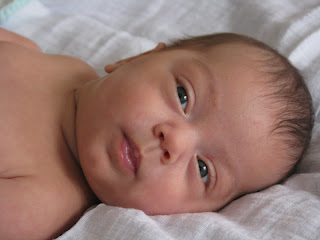 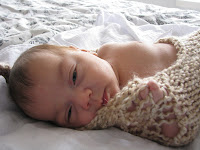 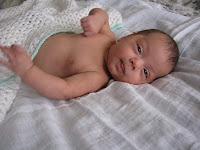 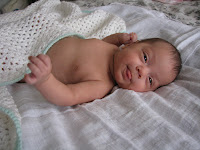 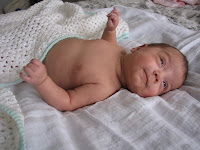 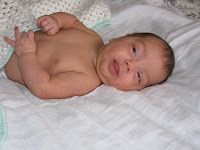 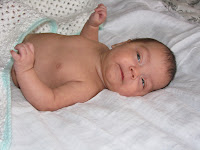 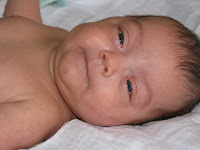 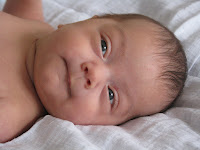 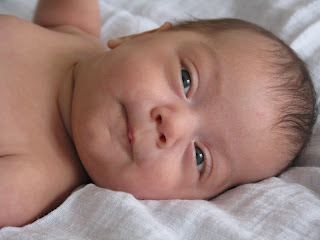