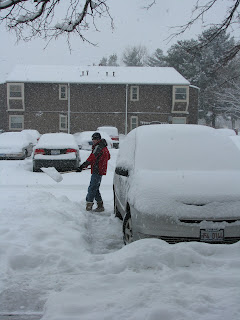 With daytime temps in the 50's it is hard to remember that just two weeks ago we were in negative numbers buried under a foot of snow.  Here is how we spent our hunker.  Dr. J clearing our normal parking spot.  Wow these spots became so coveted.  The snow storm was this really weird mix of small ice balls and flakes.  It was exceptionally difficult to shovel.  I mean just ridiculous, the worst, the hardest, the slickest, the heaviest stuff I've seen.  Dr. J was gone the first day that it fell.  The night he got back from Cincinnati we spent an hour trying to get a spot shoveled out for him.  Luckily a guy with a snow plow on his truck came and helped us get some headway.  We were able to clear out two spots that got well used in the week it took for more to be cleared.  The the morning after the worst of the storm I couldn't get the car out.  Jason had to take the kids to school and I spent another hour digging my van out.  Slowly through the day I cleared more of the space out.  Four other people on the row that have regular parking spaces did the same.  What followed was an interesting study in game theory.  The rest of the people on the row never bothered to clear their spot out any more than just to allow them to drive out.  So the six or so spots beside us ended up being a disaster in icy snow.  One day one of the neighbors decided to park in our sport.  When I first came home I was livid!  I'd by then spent probably six total hours shoveling snow, including an extra spot that people could use.  Luckily that spot was currently open.  Still though I was so frustrated.  My hands were still aching at that point from all the shoveling and I couldn't help but notice this particular neighbor hadn't done anything to improve their own spot.  I came in and wrote an abrupt note, which I put on their car.  Then I started to feel bad.  So I rewrote the note.  This time it was:

Please feel free to borrow my shovel at #    .  I spent a lot of time clearing out this spot and I'd really like to park here again.  Thanks!

The next day their car was gone but they had only moved it two spaces over into another neighbor's sport.  Those neighbors put a note on the car.  The next day they finally moved it and another car parked in the neighbor's spot.  This time our neighbors took more drastic measures.  After the note went ignored the husband went out and shoveled snow back under the car.  Bet you didn't know parking spots could cause so much issue.  I have to say though, I can understand why the six spots on the side didn't shovel.  Seven different cars trade through those spots.  If they cleared a spot there is a good chance they wouldn't get it next time round.  Meanwhile the four spots in the middle of the row are always parked in by the exact same four people.  So of course they would feel ownership of the spots, definitely increasing the chance they'd want to take care of them.  In the end Dr. J and I cleared another spot on the side of us. That fixed the problem until the parking lot was cleared:) 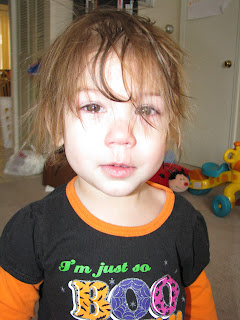 Peach had the flu.  This is a child who never has been sick a day in her life.  Then she got the flu from Captain E.  Good times had by all.  She was puffy, hot, and miserable.  The only positive, the fever put her back in the realm of the napping children.  Thank goodness for small favors :) 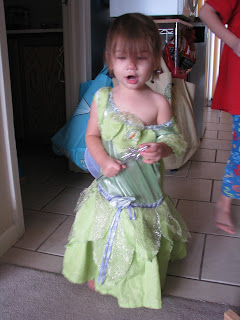 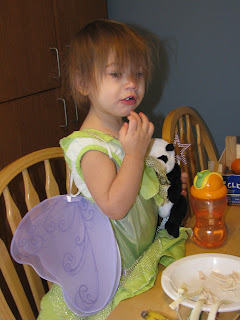 Even sick she was still happy to play dress up.  She can get in this getup all by herself.  Of course she learned from the best :) 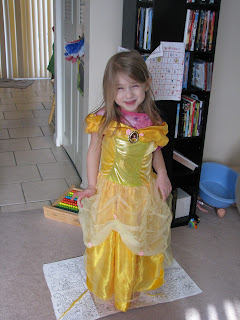 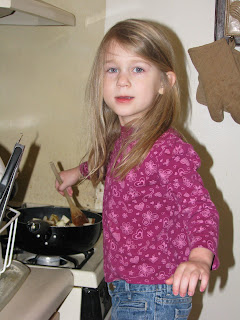 G bear had a good time learning to cook. 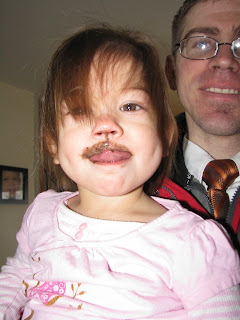 Peach having a good time with her green smoothie. 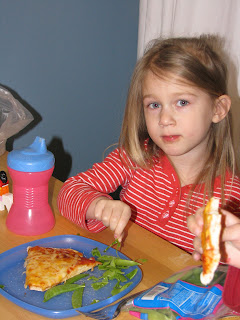 My vegetarian at work.  My meatatarian with his green free plate. 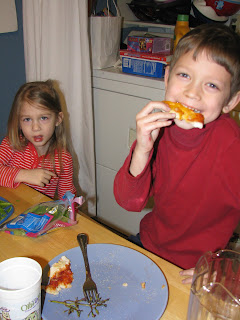 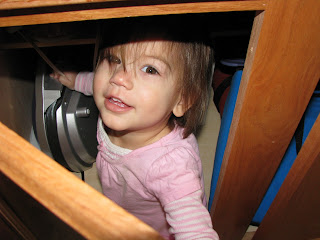 Peach enjoying the comforts of the kitchen.  Need some quite time...climb in the cabinet. 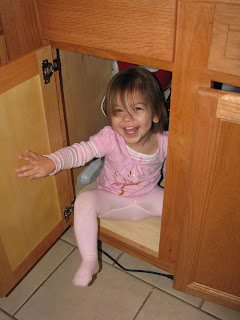 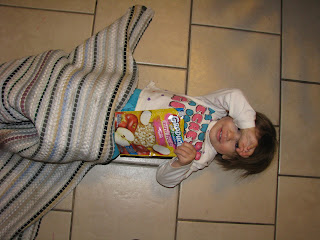