Yesterday was Gigi's birthday.  I always struggle with her big day.  It is a week before Christmas.  When you are married to a student it was actually an awesome time to have a birthday.  It meant her dad had two weeks off after she was born.  Now as a student herself it means she often isn't in school over her birthday.  It also means that I'm busy and her parents friends are busy and a lot of time she gets kind of the shaft when it comes to a party but this year I asked her what she wanted and she decided she wanted to have a party at a jump place.  The jump place is pretty far from our home so we only invited a limited amount of friends we could drive down there but it turned out nice.  We had three little friends from three different places, one was from dance, one was from her class, one was her little friend from the bus.  Seriously it could have been a nightmare, someone could have been left out or felt awkward, but you know what I shouldn't have worried.  Turns out the girls were all like my daughter, and so they made instant friends and were running like a pack after about two seconds.

There are a couple downsides to this type of party.  One was just distance.  If it had been closer I would have invited a bunch more kids but because I felt an obligation to drive them all we were limited.  Secondly they split kids by height.  Technically Cheetah was suppose to stay in the under 48 area and the other kids were suppose to stay in the over 48.  They did plenty of switching around but there were some other kids who ended up narcking on them for being too big.  So then they were separated again.  She did not love being the tiny left out one.  The third thing is just places like this are dirty/gross.  I mean seriously.  Adults (mainly dads) why are you walking around barefoot.  Uck. There was wetness in the foam pit in the little kid area.  They got in and checked all the foam pieces, pulled a few and let the kids back in.  I kid you not in less than a minute a kid had puked in there and all the kids were kicked out again.  So gross.

The upside, it was zero work for me.  They provided the pizza, cupcake, and water bottles.  They provided the fun.  At one point they even took our group to the dodge ball area and kicked all the other kids out so that our group could play dodge ball alone.  You sort of felt bad for the other kids and yet their had been times when our kids were kicked out of areas for parties so we didn't feel too bad.  After our party was over we came home and did a brownie so we could blow some candles out and opened presents.  The best part for me was one the moms came and asked if the girls were ready to go and all the girls said, "NO!"  Haha.  Happy Birthday Gigi.  You are still stubborn about things that are important to you, you are kind to your siblings (most of the time), you love to play and laugh, you love to read.  You are good at school but don't worry about making a mistake here and there.  You are a super helper at home.  We are so lucky to have you as part of our family. 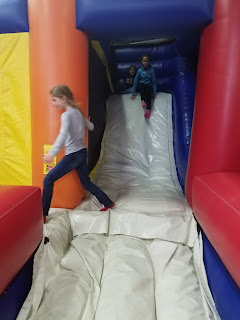 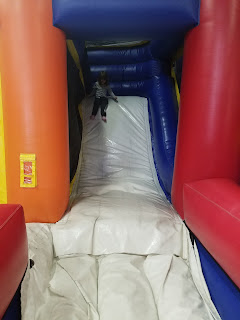 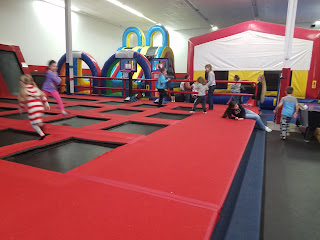 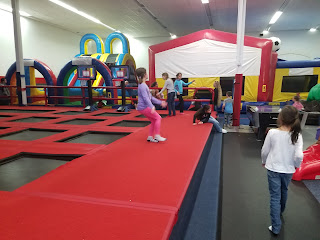 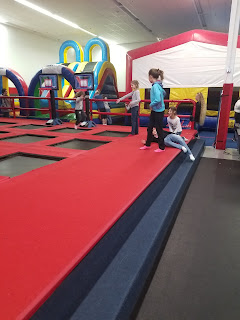 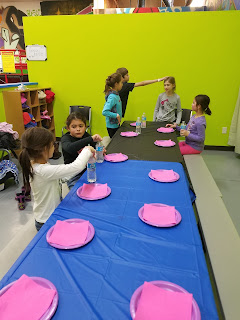 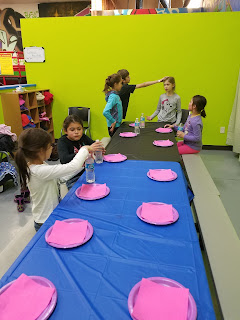 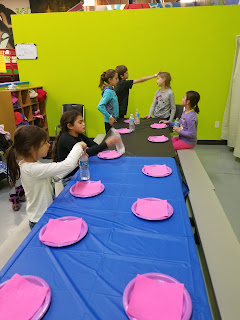 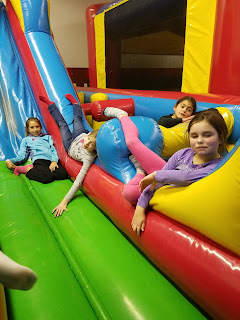 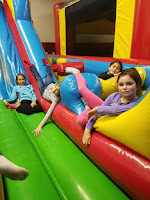 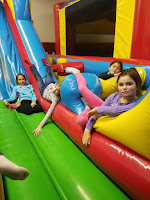 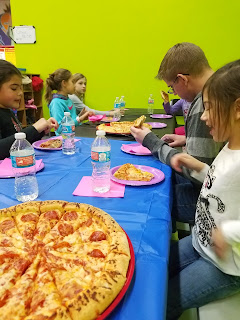 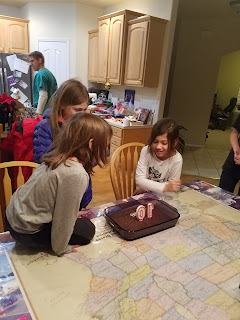 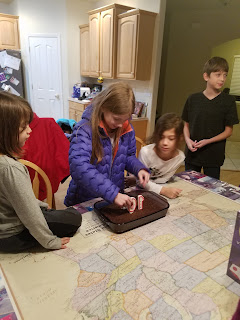 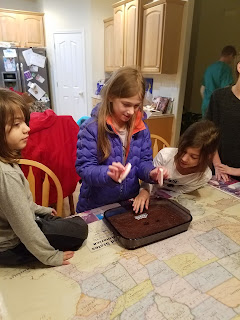 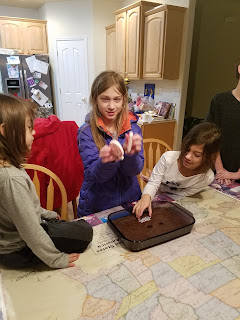 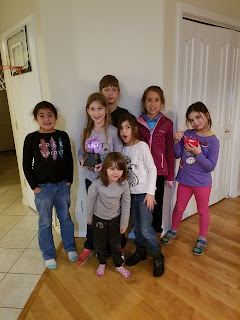 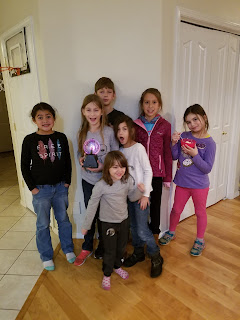 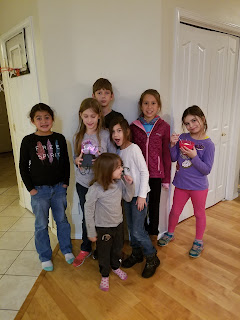 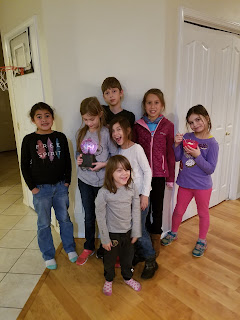 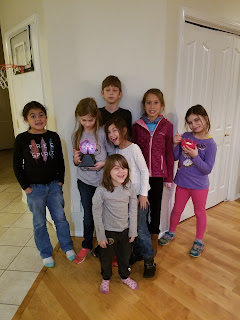 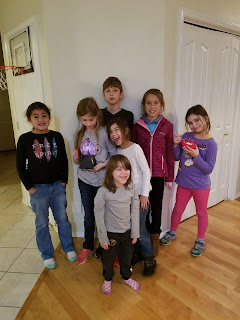