The Path to Accomplishment is Littered With Failure 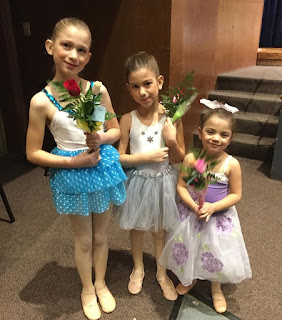 Have you seen that video floating around Facebook about Famous Failures?  I really struck a chord with me this morning.  I think we often get so obsessed with perfection that failure becomes painful and many of us can't see a way past it to success.  I know this is something I struggle with and I've noticed that my children who are more concerned with how they are perceived struggle with this more than my other children.  My oldest daughter is a perfect example of this.  She is kind, intelligent, and fun but I notice that her patience when it comes to failure is very low.  This came to a head at the beginning of this last school year.  Her teacher called me in because they were taking a computer test on what they were suppose to learn over the year so that the end of the year they'd have a good comparison of their progress.  Her teacher told me, "Gigi is my best reader and she is one of my top math kid if not the top math kid but when she got to problems she didn't know she got so frustrated she started banging on her head with her hand and crying.  We finally stopped her test because we were worried about her."  J and I were definitely concerned. This is something we've recognized in her for a long time, it is the reason she quit soccer, gymnastics, and piano.  Her tolerance of frustration and failure is so low.  We knew we wanted to help her but just didn't know what to do.  We prayed on it and talked it over many times.  Does anyone else pray over their children when they don't know what to do?  Sometimes you just feel like you need a little more guidance.  Then on a whim, spiritual guidance, an accident we signed her up for ballet.  I'd gone with the other girls to sign them up for dance and I wasn't planning on signing Gigi up since she was already taking horse back riding lessons, but while filling out the paper work she asked me why I wasn't signing her up.  I couldn't really give her a good answer although in the back of my mind I was thinking of all the other extras she had quit in frustration.  But still I signed her up for ballet.

I'm going to be honest, I was extremely nervous about it.  The girls dance teacher is not particularly warm and fuzzy.  She is nice enough but she is extremely exacting and has no qualms about calling kids out by name when they need extra work on a step or position.  I would say she is strict and demanding.  The first few weeks I thought Gigi was going to quit.  There were a couple times in class when she just shut down on her teacher and I thought, well here we go again, but her teacher did not give up.  More than once she took my daughter out into the hall and talked to her about how hard work and mistakes are all part of learning.  She called me and asked me and J to encourage her on the home front and talk to her about how while perfection might be the ultimate goal no one is perfect on the first try, fifth try, or twenty try and that failure is just part of the process.  I think the three of us hit on this for two months and miracle of miracles a switch flipped for her.  Her teacher is always telling me now that she is one of the hardest workers, one of the first girls willing to try something new, and very encouraging of her other classmates.  I know she is still very concerned with how she looks and performs.  I can see it in her face during performance.  She is so serious, you can just see her thinking everything over.  Gigi is the opposite of Peach who spends her time in the mirror sneaking funny faces at herself, but even though she is serious, Gigi is all about trying now and I love it.  The greatest thing is that it has actually had positive outcomes at school.  Her teacher tells me that she doesn't allow herself to shut down when she gets stuck anymore and that she is always willing to try.  There are so many things I get wrong in parenting my children and I know that when it is all said and done I will have lots of regrets but this was a parenting win for me and I'm so glad to see her learning to learn from failure.  It is such an important skill to reach our full potential.  The bonus on this is that I also love getting to watch her dance, so it was a double win for mom!
Posted by Glenda at 11:25 AM