Nine years ago Dr J and I spent a summer in Jordan.  Nine years people...Captain E was two, I was pregnant with Gigi, and that was the summer I started to blog.  How have I been doing this nine years and am not rich and famous :)  Back on track though that summer I was a tag along wife along with a whole slew of tag along wives. Three of us started blogs that summer and via blogs and Facebook have done a fairly good job of staying in contact.
Nancy and I were actually roommate along with our husbands and E those two months and are now living parallel lives. Well there was that two year period where she went to Egypt but besides that we are pretty much on track. We support our husbands who are forever in school with odd jobs and paper help and pretty much keeping up the home front while they study away. We occasionally get to travel. We are both Democrats...well I'm a democrat and she is a Canadian so that is pretty much the same thing ;). We both had preemies. We both do the stay at home mom thing. Sometimes when I'm having a really bad day or something ridiculous happened church wise or politically or I'm just bored because my husband is never home I will text her. She is pretty much always awake...except in the morning and I never sleep so we make a good pair. When I found out I was pregnant with my fifth she was the first person I paranoid texted. When I had a miscarriage two months later she was again the first person I texted. We've seen each other a handful of times in nine years. Our parents live in Utah and for awhile her husband was in school there and so occasionally we'd have a play date. Her family also knows me via the blog fairly well, in fact it was her mother in law who first told her when Cheetah was born premature and it was her mom and sister who teasingly said last November when I came out to see my family that they felt like we should get together.
Last month we not so teasingly finally did get together. Nancy and her kids were in town and Myrna planned a family reunion that she also kindly invited all of Nancy's friends to attend. We took the opportunity to stop by and say hi. It was great to see how much all the kids had grown. I got to hold her youngest Zoe for a bit...until she pooped and then I handed her back over to mom. I also got to meet finally almost all her siblings. The one of note is Josie because she is funny and cute and like a younger cooler versions of us. She has totally great stories about the Young Ambassadors and I'm totally bummed I didn't get to hear more because of family pics. Also we got to see Andrew and he a J immediately started in on poly sci and stats talk....of course. Myrna was also very nice. It was sort of funny though because she said I didn't sound anything like she'd imagine I'd sound. I still wish I knew what she thinks my voice should sound like :)
My second Jordan reunion of the year was with Bridget. Bridget is the slightly cooler more accomplished version of us. Nancy does it bug you that I said that or do you think that is fairly accurate? Ok, Nancy is cooler than me but i'm going to lump her with me to make myself feel better. Bridget's and my husband were actually roomates and got the same undergrad degree. Her husband finished school earlier then ours did and she just finished five years in the UAE. They just moved to Finland where they will be switching things up a bit and Bridget will take on a full time job teaching while Jeremy takes on the family responsibility because see while they were in the UAE and she was being a mom and was pregnant and had a new baby she completed a masters degree. So her part time job was actually teaching and she has great stories about princesses who take bubble baths everyday and woman who sew pillows as teacher appreciation gifts. She also does things like vacation in Thailand, run relays, keep a pregnancy a secret seven month so she can have the best surprise trip home ever, and oh yeah she got another part time job (if you can even call it that because it seemed like full time work) accompanying masters voice students and choirs the last two years. I'd probably totally hate her except she is so hard working and deserving.
I have not seen Bridget at all in nine years. Our parents don't live in the same places, she's spent a lot of time overseas, and when she did live here we lived on opposites sides of the country. We keep current on each others lives via blogs and Facebook. But this summer something weird happened...during the middle of her month long trip home I happened to move into a two between her and her husband's parents hometowns, so a week after I moved in she just happened to be driving by and stopped to have dinner at my house before they moved on. I was happy to see them, to be able to offer them a place to pee and eat and to get the skinny on a question I'd been dying to ask but they'd seemed to avoid clarifying on the blog.
It was fun to have my little mini reunions with my Jordan friends. I had no way of knowing nine years ago when I took that trip that I would be making friends I  would want to stay in contact with for the rest of my life. It was good to see you ladies! 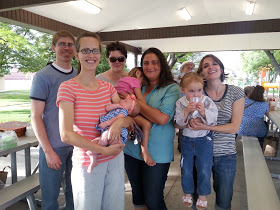 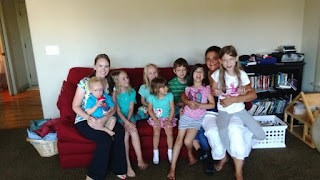 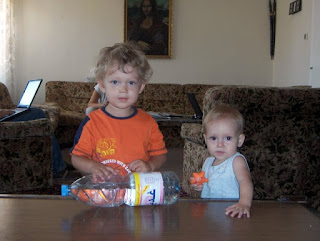 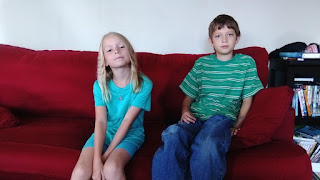