Back where I come from there is this little thing called the Sundance Festival. Every year Park City Utah is bombarded with Stars showing off their independent films and their so/so ski skills. My sister and her hubby love it. They are film fanatics and the atmosphere can't be beat. For the price of ticket you get to watch the film with the director and the stars. Often times you get to ask questions and met the actors. This year they went and saw Sympathy For Delicious. The film is about a LA DJ who happens to be in a wheelchair. Faith healing leads him to be able to cure the ill but he is not able to heal himself. The film was directed by Mark Ruffalo a favorite of John, my sisters "former" love. Mark Ruffalo was awesome. He stayed to answer everyone's questions and take pictures with all the fans there. 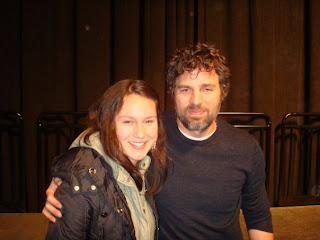 The main actor is Christopher Thornton. 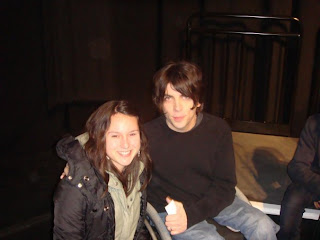 It was going to have James Franco in it. He had to bail out for whatever reason but was there for the showing. 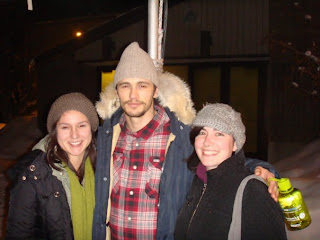 He was replaced by Orlando Bloom...yes this is my sister getting a squeeze from her "new love" Orlando. She said as they were leaving the movie they ran into Orlando Bloom. Her sister-in-law Emily asked if they could get a photo. Orlando said sure, and gave this good smile. Look at the way he is squeezing them. NICE! He also gave them a hug. My sister says, "I should have stole a kiss." Would anyone have blamed her? Seriously I think he looks better in person than he does in the movies. Amazing! 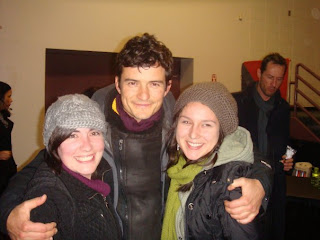 If you are in Utah the Film Festival is awesome. You should check it out. If you aren't...it is still cool. Vote for Utah. Spend your vacation dollars there. Ski, watch cool movie, maybe get to hug famous people! As for the movie...my sister said it was good. It almost made her cry. High praise from the ice queen. The only other time I can remember her saying that was right after she watched me birth my son. She recommends you see it. Emily on the other hand feel asleep. So who knows. I guess I'll just have to check it out to find out the truth.
Posted by Glenda at 2:47 PM