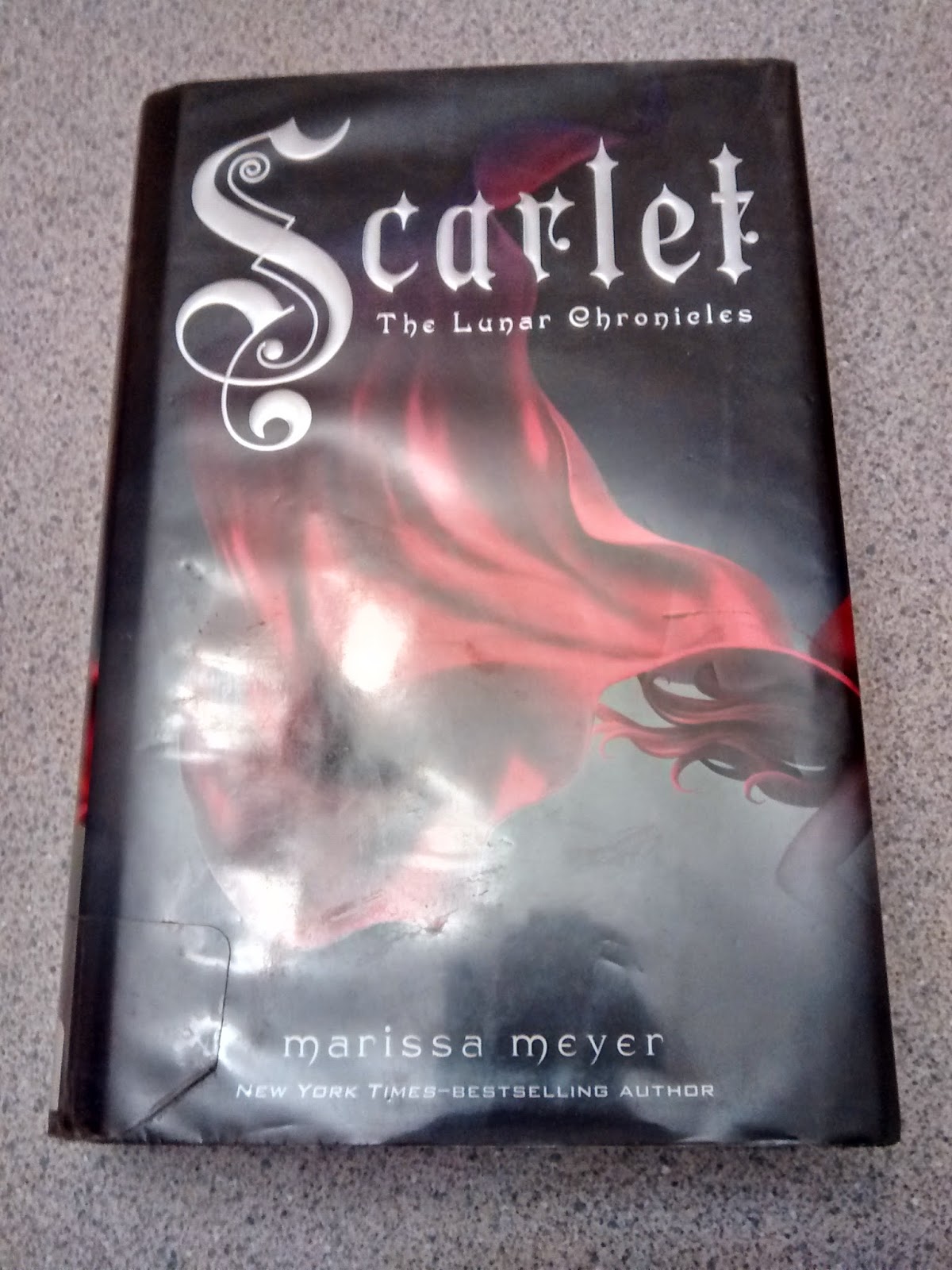 Scarlet (The Lunar Chornicles #2) Marissa Meyer - Doe anyone remember saying I refused to read this book because I just didn't have time to get sucked into another series book...I mean I'm sorry but Harry Potter and Hunger Games I wasted years of my life waiting for your new books to come out but I was just looking for something I knew I'd enjoy and there Scarlet was.  This returns with things that are happening to Cinder the cyborg princess of Luna who is on the run from her killer aunt.  We see what is happening to her love interest Emperor Kai, let's just saying he is not balancing duty and personal life very well.  Then we get two new characters based on the story Red Riding Hood.  We have Scarlet, a French farmer who is searching for her missing Grandmother and Wolf her savior/destroyer.  These books are so silly and you know what is going to happen pretty much the entire time...like you know Wolf is bad but you know what, if you love teeny romance, this one is great.  I knew he was bad and yet I still wanted them to end up together.  Good book for YA fans. 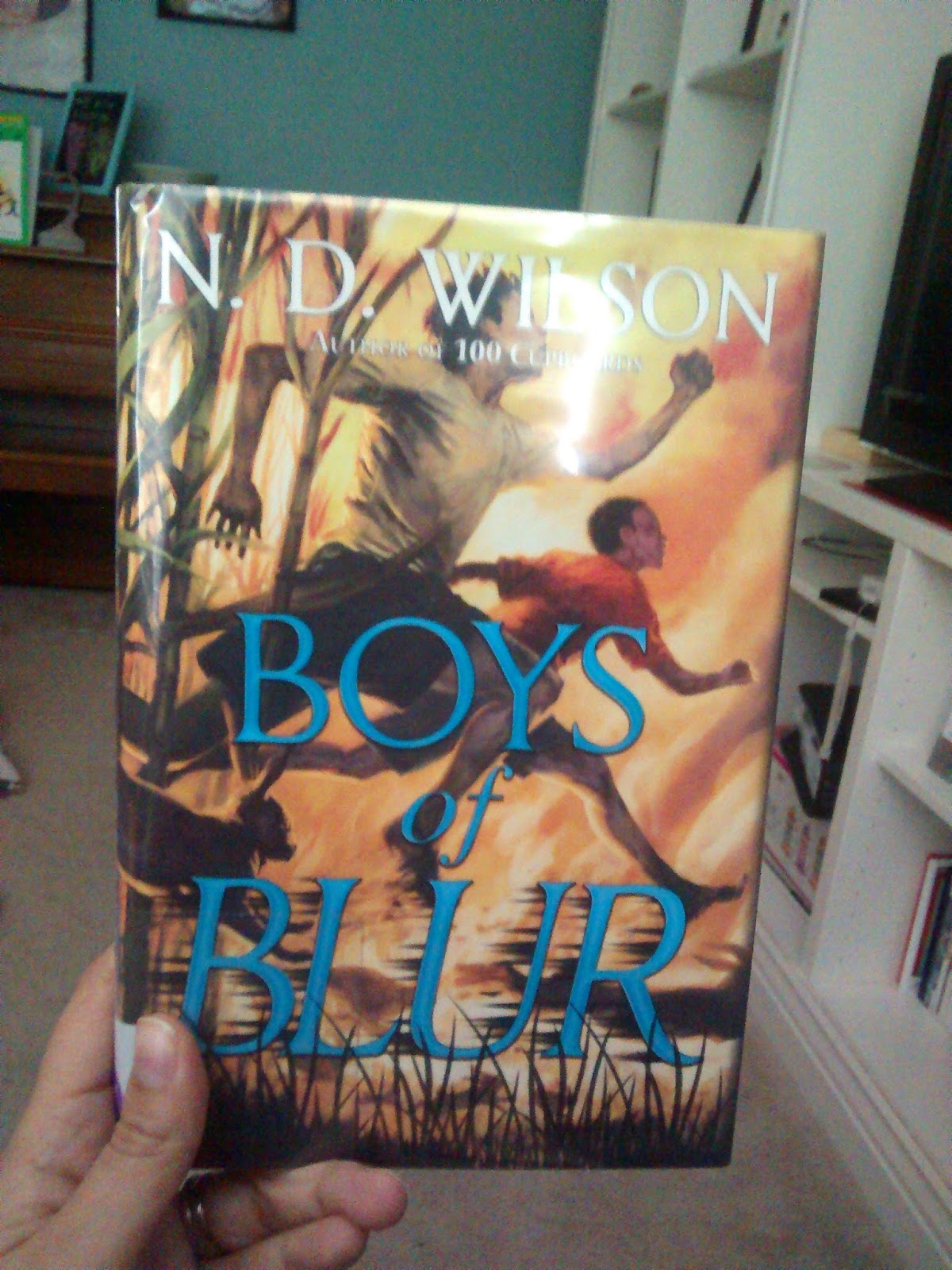 Boys of Blur N.D. Wilson - I thought this book was about returning home, about football, and about shattered relationships and it is about all those things but it is also about weird voodoo/witchcraft.  It is weird.  I'm not saying it is horrible but I loved the first half and the second half I was like, "What the heck just happened." 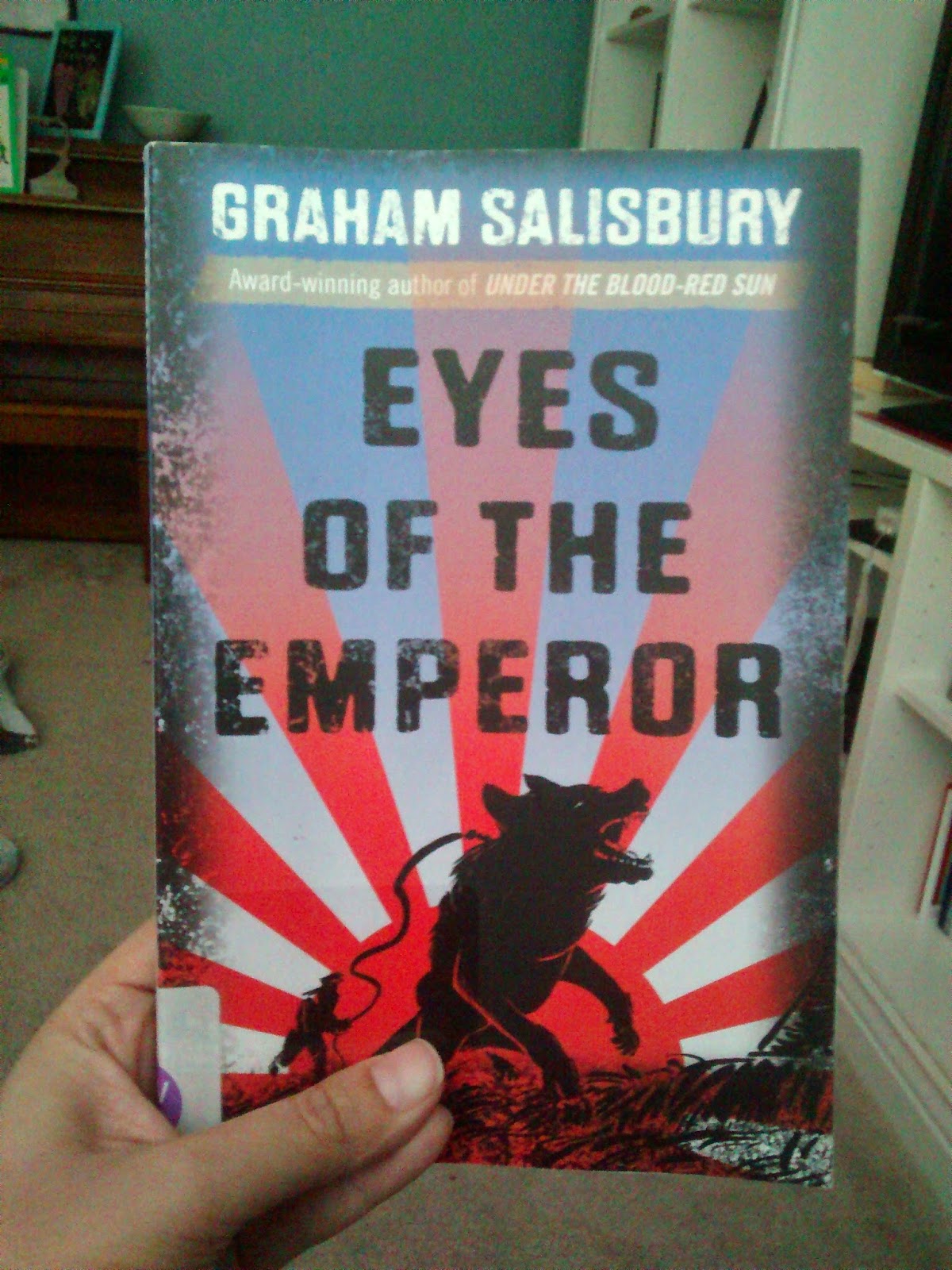 Eyes of the Emperor - Graham Salisbury - So this is a historical fiction based on real people.  It follows the enlistment of Eddy Okana a Japanese American teenager living on Hawaii during Pearl Harbor.  He gets send to a little island of the coast of Mississippi where he is being used as bait to train attack dogs to find Japanese invaders.  This story is extremely uncomfortable.  If you have read nothing about how Japanese people in the US were treated during World War II, well here is a great introduction.  I was thinking while I was reading this, "Thank goodness we've evolved enough as a society that we no longer punish whole groups of people based on ethnicity, country of origin, or race" and then I was like, "What the heck am I saying."  We still do that at the time.  This stuff sucks and we need to be better about rooting this out of ourselves.

A Song For Issy Bradley - Carys Bray - So this story follows a Mormon Bishop's family after a tragedy strikes.  I picked this up having no idea what it was about, when I realized it was about and Latter Day Saint family I was intrigued.  At the beginning I was a little annoyed because there was a lot of sort of LDS things that were explained that I didn't really need explanations too, but the story was just so heart wrenching.  I cried through probably a good 1/3 of the book.  I contemplated making it my February Book group choice then I got to a sex scene and was like, nope they will hate this.  But it was honestly a great book.  It talked about marriage and parenting, about faith, and the cost of faithfulness.  This is not some perfect family where everything goes right.  They are fighting, the sex scene I mentioned above J and I had a long conversation about whether it constituted rape or not...it was between the married couple that makes up the heart of the book.  This book was my favorite of the month even though it was so painful to read.
Posted by Glenda at 11:53 AM